A visitor spent 24 hours at the Pontins holiday camp and was disgusted by the litter-strewn floors, copious amounts of rubbish and another holidaymakers vomit.

Complaints from visitors to the Brean Sands holiday park at Burnham-on-Sea in Somerset, have in the past included blood-stained beds, rat infested chalets and human faeces up walls.

An intrepid journalist decided to stay at the holiday park which is popular with families to try to get to the bottom of what is was really like to stay there.

The first impression of the park not good with litter strewn across the floor, chewing-gum trodden into the carpet and dozens of cigarette butts discarded outside the main frontage. 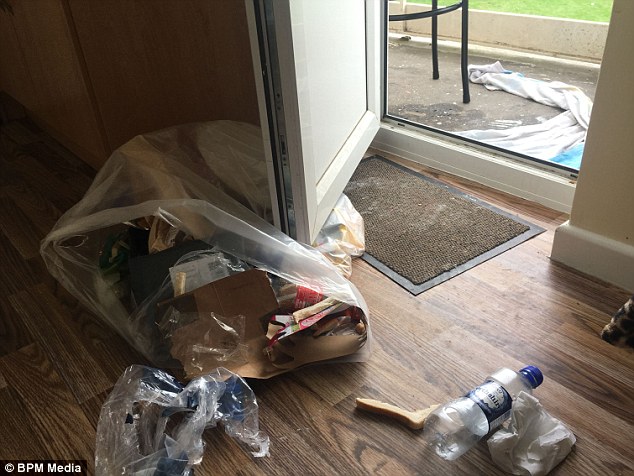 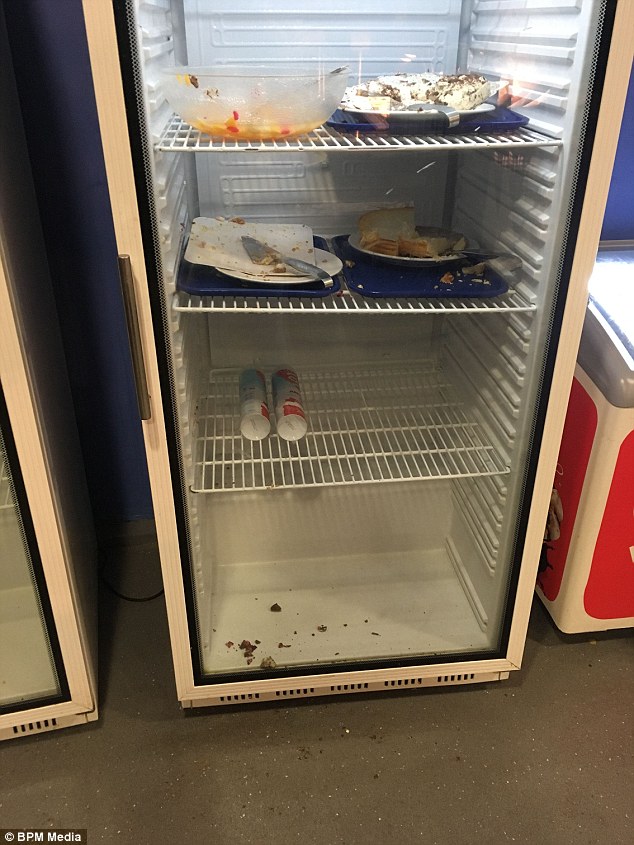 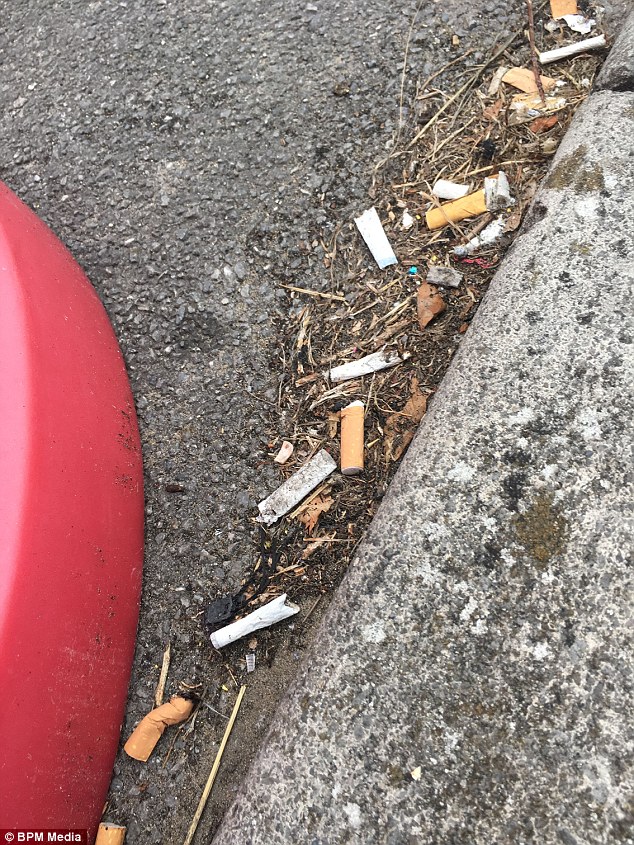 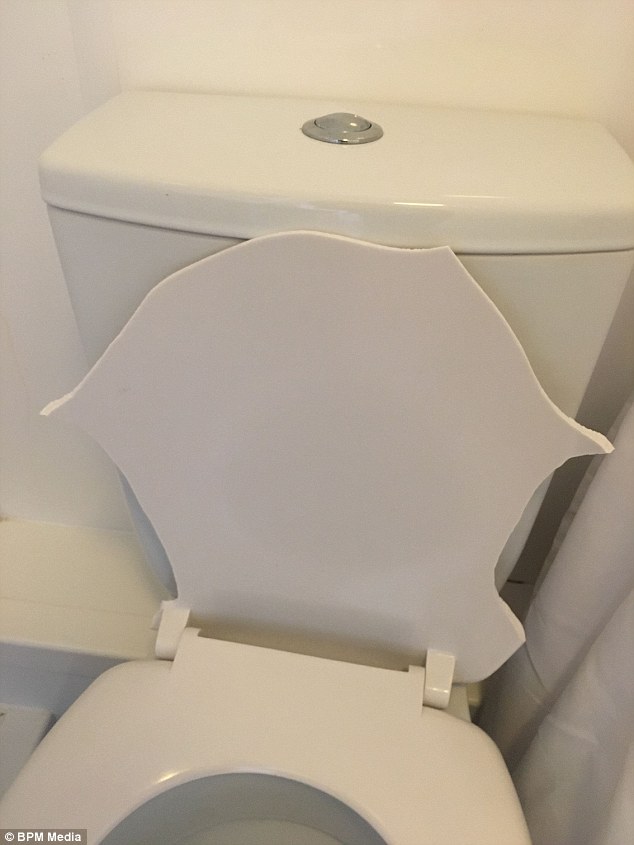 The allocated apartment had overflowing rubbish, dirty towels and empty crates of booze dumped in the entrance.

It transpired a mistake by the staff meant the reporter was given the spare key to a family’s occupied apartment, exposing all their belongings.

The choking stench of stale cigarettes filled the apartment and the toilet seat had been left broken with razor sharp edges.

It has been open since 2011 and sees an influx of families flock there for its supposedly ‘cheap’ prices and beach location.

But starting at £139 for two nights in a small apartment – with electricity and activities not included – families would expect the room to be clean.

Pontins were approached for a comment on the experience. Some of the attractions at the holiday park were not available when the visitor attended, such as The Flume ride at the swimming pool 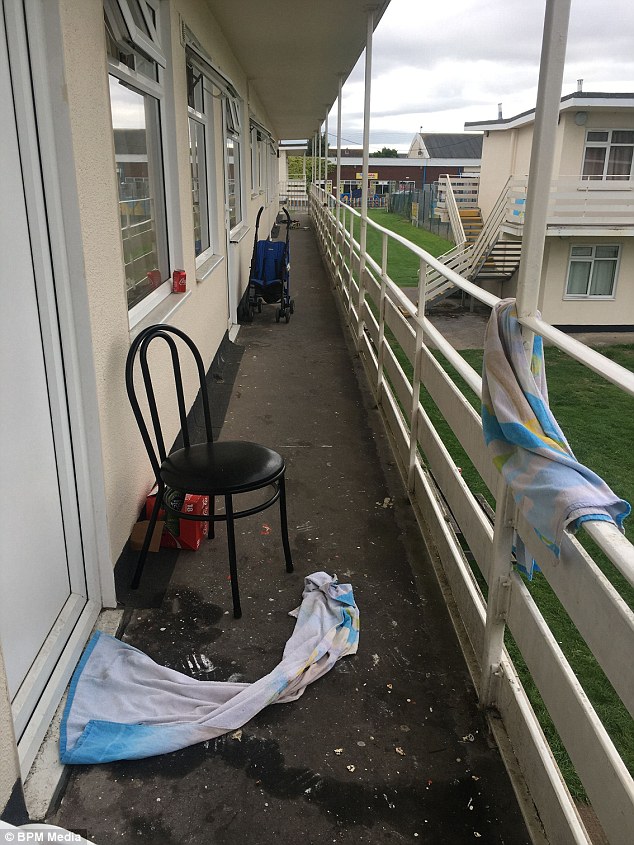 Dirty towels, litter, chewing gum, a chair and untidy railings at the apartments at Pontins 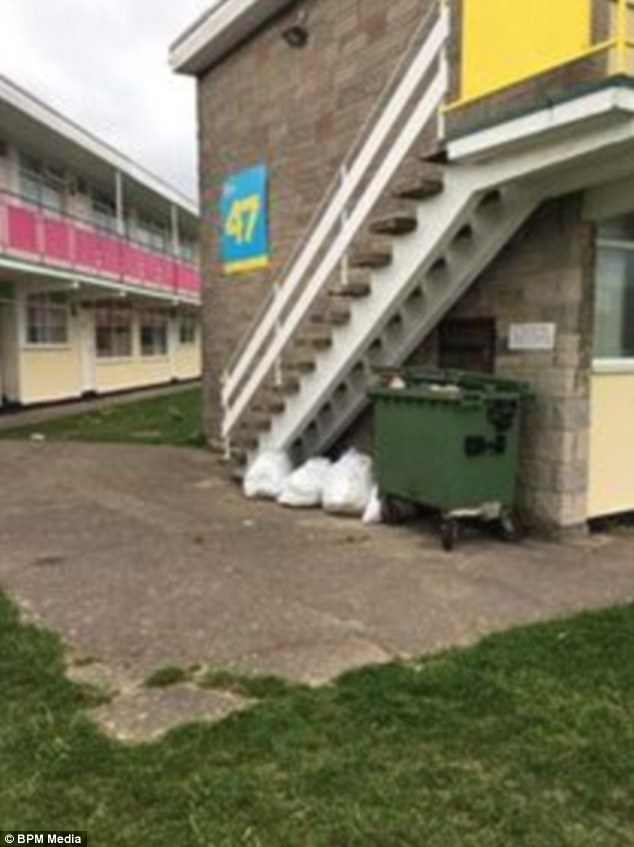 The following is an account of a journalist who spent 24 hours at Pontins Brean Sands, in Somerset 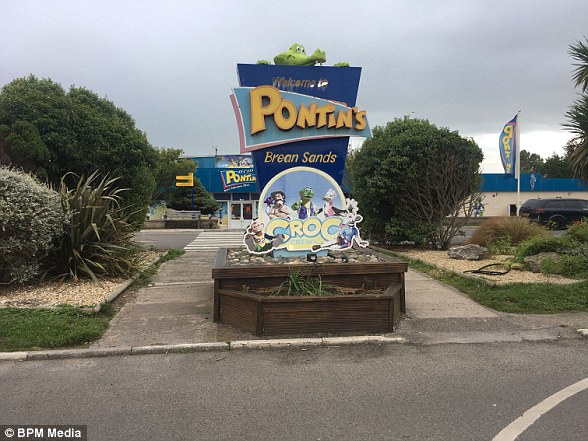 3.30pm: The taxi driver tells me that Pontins Brean Sands is a popular camp with families from the Midlands.

3.55pm –  Driving through it seems there are plenty of other options for holidaymakers wanting to enjoy Brean Sands beach. The camp is surrounded by a number of caravan parks.

I arrive at Pontins Brean Sands in a taxi and give my details to security who hand me a form to fill out.

4pm – Musty smell in chaotic arcade As I opened the door to what I imagined was a quiet reception desk, I was immediately plunged into chaos.

Dozens of arcade machines all ringing simultaneously, children racing around and a musty lingering smell like an old-fashioned pub.

One staff member mans the entire reception and I join the queue of around seven families – all waiting to check-in to their rooms as key collection starts from 4pm.

The arcade carpet is stained with filth and blobs of chewing-gum are trodden into the disgusting flooring at reception.

4.25pm – The young receptionist is polite and friendly enough – calling me ‘babes’ and handing me a map with the route to my apartment.

She also explains how I’ll have to put at least £5 of electricity into the meter on top of the £139 I paid for two nights in a one-bed apartment.

There is no Wifi apart from in the main building, I discover. I was directed to the ‘fun factory’ to find out what entertainment the night had in store for me.

Surprisingly, it seems quite an extensive list, despite previous complaints from families there is ‘nothing for the kids’.

Though judging by the week’s schedule, the entertainment is largely the same every night, with a Pontins character kicking off the evening, different Bluecoats performing and a disco to finish.

4.40pm -Walking through the holiday park to my allocated apartment I realise the reception isn’t the only filthy area.

I’m first greeted to my apartment block with the sight of what appears to be someone’s vomit.

Cigarette butts and rubbish is dumped all over the park – especially near the benches outside the main entrance.

4.46pm -A full to the brim bin, burnt trodden-in popcorn and two damp towels – one strewn across the filthy corridor floor and another hung up on the rail.

There was a empty crate of beer abandoned and a mug full of cigarettes and ash dumped on the floor outside too.

4.48pm – To my surprise the key worked, but as I tried to enter, a rubbish bag full of half-eaten food and cans erupted and spilled out – blocking the entrance.

A blast of stale cigarette smoke hit me and I begged internally to escape this hell.

Inside, soiled underwear appeared stuck to the floor, sausages in thick grease on the oven and a bowl of what I can only describe as green slime.

I spotted a mobile phone and pairs of shoes and realised Pontins staff had made a very worrying mistake.

5pm – When complaining to reception about my apartment, the formerly chirpy lady now seems inconvenienced and replies ‘agh okay’ before calling the manager.

She explains that there are two sets of keys and suggests the family should have checked out.

5.10pm –  I get my keys to the new apartment, no 61, and it is relatively clean save for the broken toilet seat with the sharp edges.

The harsh smell of smoke makes me choke slightly as I enter and there’s dripping damp all over the ceiling too.

A bucket has been placed underneath to collect the condensation. Small yellow blobs stick to the inside of the bath, though I’m unsure what these are.

5.45pm – Reacting to the fire alarm issue, a guest staying in my block says ‘it’s

the first time I’ve ever been here and the last time too.’

6.30pm – There is litter everywhere and young kids are running around without a parent nearby.

Towards the rear there’s an ‘inflatable zone’ consisting of just two pieces of equipment, but the kids seem to be enjoying it.

In the leisure zone there seems to be plenty to do, with go karting, paddle karts, a play area with swings, an ‘urban gym’, a skate park, trampolining and the pool.

However, all of which is outdated and will cost more money in the form of tokens purchased from the leisure centre. 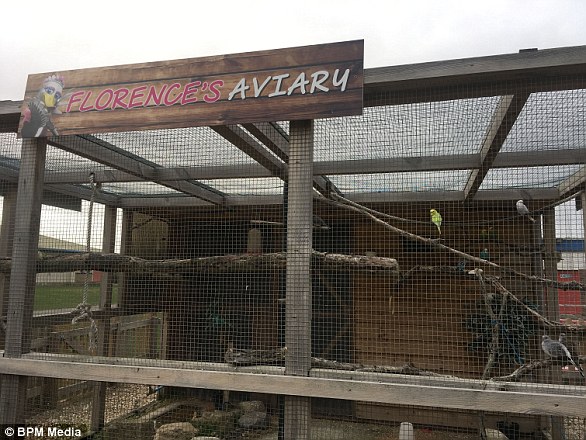 7.35pm –  Crumbs of pudding spill out from the fridges and onto the floor – ready to get squashed like everything else on the food hall floor.

8pm – The ‘fun factory’ is packed out with hundreds of parents, young babies, toddlers and even teenagers.

The Bluecoat entertainers are up on stage and encouraging the kids and parents alike to be silly – including dancing around like various animals and being soaked with a water gun.

Chuckles the monkey comes out on stage and pantomime style jokes are made, leaving the children in fits of giggles.

Everyone seems to be having a great time – especially the children.

9pm – The entertainment is non-stop and as soon as ‘party time with Chuckles’ ends, the children are up on their feet once more dancing to classic school disco songs.

The jam-packed line up is great to see and clearly has most people enjoying themselves.

9.35pm – There are four bouncers currently manning the bar area and entrance for the ‘fun factory’.

9.45pm –  Children as young as around six play in the parks outside the apartment blocks with no parental supervision in the pitch black as adults continue to drink inside the main hall.

10.30pm – Families cling onto each other and ask whether they have all their belongings as they are evacuated from the building.

All the while the children are screaming about their abandoned slush puppies and toys.

Everyone is told to move away from the building after what seemed like a serious fire.

11pm – As I try to sleep, the bass from the main hall can be heard among children screaming and doors slamming shut.

I’ve brought my own sleeping bag after hearing horror stories of blood-stained mattresses and filthy linen.

Every breath I take I am inhaling more and more of the lingering second-hand smoke which clings to the walls, furniture and very atmosphere of the musty apartment.

3am – I was awoken to the sound of what I thought was a fight kicking off outside my apartment.

As I looked out into the corridor, parents were arguing loudly with their children in the doorway to their room.

The row lasted around an hour before they eventually returned to their rooms.

10.30am -The pool is rammed full of parents and children – each with around two square metres to swim and play and yet more are piling in.

It has a capacity of 120 people, which is far too many for the size of the pool, in my opinion.

The much-anticipated Flume feature of the pool is out of action due to a ‘technical fault’.

11.45am – I speak to another unhappy guest who is disgusted by his experience at Pontins.

He shows me images of what he claims are human faeces on a duvet supplied by Pontins for a sum of £8.

12pm –  A family, living at the other side of the park in the chalets, claim mice have chewed through the furniture in their room. While a third family say their child lifted one of the loose tiles above his head in the swimming pool after cutting his foot on it

3.30pm – I’ve seen and heard enough and while clearly there is demand for this sort of ‘budget’ holiday park, Pontins Brean Sands is in dire need of improvement.

7 Of The Best Places To Buy Glasses Online For Cheap