Pope Francis has appointed the first woman to a senior managerial position in the Vatican’s Secretariat of State.

Italian lawyer Francesca Di Giovanni, 66, who has worked for the Vatican for 27 years, will take the position of under-secretary in the Section for Relations with States.

The ‘unprecedented’ move will see Ms Di Giovanni, who is a specialist in international law and human rights, co-ordinate multilateral relations in the Secretariat. 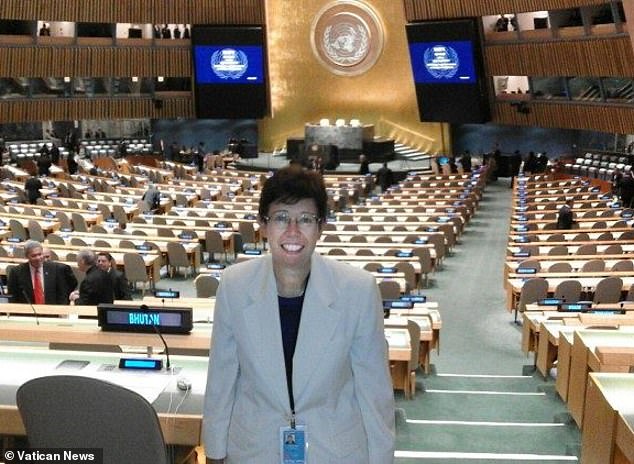 Italian lawyer Francesca Di Giovanni, 66, has been appointed as under-secretary in the Section for Relations with States at the Vatican

The Roman Catholic Church allows only men to be ordained as priests and women have traditionally been consigned to the shadows of its administration.

However, women’s groups, including the International Union of Superiors General (UISG), an umbrella group of Catholic nuns, have long called on the pope to appoint more females to senior jobs within the Vatican bureaucracy.

They cite figures showing that more than half of the world’s 1.3 billion Catholics are women and that membership of female religious orders is about three times larger than male orders.

A Vatican statement confirming Di Giovanni’s appointment said she would oversee multilateral relations in the Secretariat where she has worked since 1993. Di Giovanni is a specialist in international law and human rights.

She told the official Vatican website Vatican News that her appointment was ‘unprecedented’ though ‘the responsibility is connected to the job, rather than to the fact of being a woman’.

She added: ‘A woman may have certain aptitudes for finding commonalities, healing relationships with unity at heart. I hope that my being a woman might reflect itself positively in this task, even if they are gifts that I certainly find in my male colleagues as well.’ 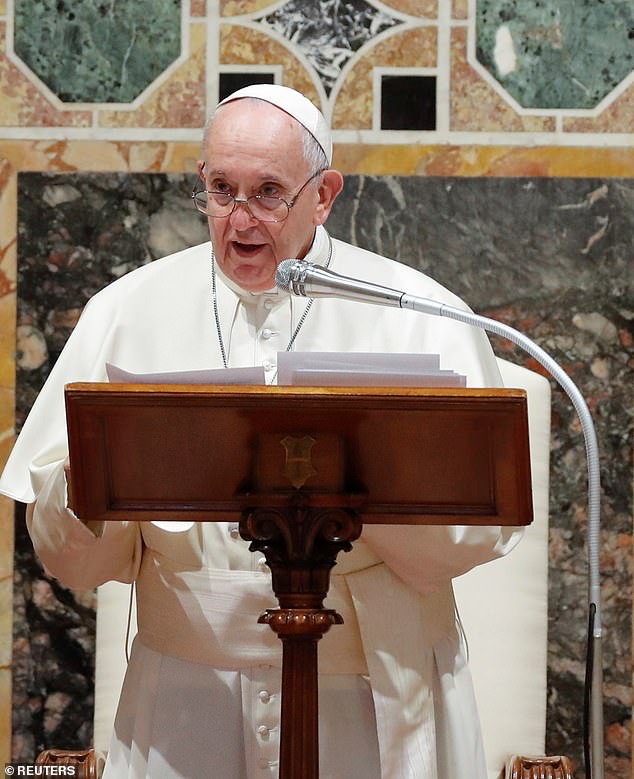 The Vatican, a sovereign state surrounded by Rome, has diplomatic relations with more than 180 countries.

Despite the pope’s promises to appoint more women to decision-making jobs in the Vatican, Di Giovanni joins only about half a dozen others holding them.

The two most prominent are Barbara Jatta, head of Vatican Museums, and Cristiane Murray, deputy head of the press office.

Last year, Francis also appointed four women as first female councillors for the Synod of Bishops, a department founded more than 50 years ago that prepares major meetings of world bishops held every few years on a different topic.

The Performer of the Week Is…

Death toll from European snow chaos hits 17 as Germany send in army, Med temperatures plummet to -23C and hundreds of flights are cancelled