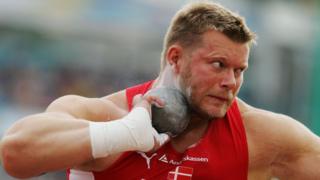 In the internet age, politicians have had to work harder to have their campaigns heard, with some resorting to ever more extreme measures.

Here’s a look at some of the most controversial ways they have tried to attract potential voters online.

Joachim B. Olsen advertised on the adult site, urging people to vote for him when they were finished using the website.

Denmark’s election is on 5 June.

The former athlete had hundreds of comments on his Facebook page after his advertisement was spotted online.

He was forced to confirm that it was real, writing on social media that he hoped it gave people a “good laugh.”

Presidential candidate Beto O’Rourke live streamed his trip to the hygienist in January as part of a series highlighting people’s experiences in border towns.

Mr O’Rourke was captured having his teeth cleaned before he then spoke to Diana who told his followers about growing up in El Paso.

The move had mixed opinions online with one person claiming it was “self-parody territory” while others accused him of over sharing.

In 2016, Alexander Freier, a candidate in the elections for the Berlin House of Representatives used Tinder as a way of engaging with potential voters.

Instead of using pictures of himself, Mr Freier’s profile images were campaign slogans such as “Berlin Stays Gay.”

He told the Berliner Zeitung that it was “good to be where the people are.”

Mr Freier added that people had flirted with him on the site but he had to “separate politics and his private life.”

Nigel Farage takes trip down the Thames ahead of Brexit vote

Mr Farage led a flotilla of fishing boats along the Thames to urge Parliament to take back control of British waters.

The move was organised by Fishing for Leave in the hope of highlighting the plight of the fishing industry.

However it was intercepted by a Remain fleet of ships carrying Bob Geldof who used a megaphone to call Mr Farage a “fraud.”

He rejected claims that it was a publicity stunt.

President of The Seychelles delivers speech from the sea bed

He live-broadcasted his speech from the Indian Ocean in a semi-submersible, telling viewers that the ocean was the “beating heart of our planet” and it is “under threat like never before.”

During his 1988 presidential campaign, Michael Dukakis visited a Michigan factory and rode a tank in a bid to show his pro-defence stance.

However the move backfired. The helmet made Mr Dukakis look small and his opponent George Bush Senior jumped on the chance to use footage of the incident in a campaign video.

The video described the defence policies that Mr Dukakis opposed and claimed that America couldn’t afford the “risk” of having him as commander-in-chief.

Levi Tillemann was running for Colorado’s sixth congressional district in June last year when he decided to spray a canister of pepper spray in his eyes.

The video entitled “this will save lives” aimed to show that pepper spray could be useful for teachers to have as a form of self-defence during active shooter incidents.

He was aiming to show that it could be an effective tool for teachers to have in classrooms as a form of self-defence in active shooter incidents.

Mr Tillemann can be seen in pain before he then washes his eyes out with water.

The UK’s Monster Raving Loony party was formed in 1982.

It has gained attention with its manifesto which often contains ideas that appear too bizarre to implement such as fitting airbags to the stock exchange ready for the next financial crash.

However it has also been successful in campaigning for pet passports.

Doctor Who: Jodie Whittaker cried when reality of becoming a Time Lord hit her