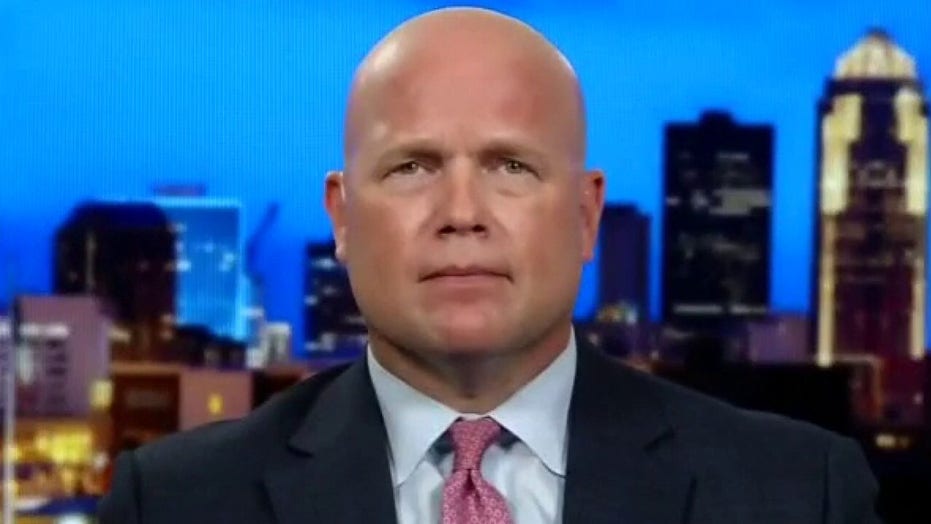 A Portland man is accused of chasing two federal officers on an Oregon roadway and trying multiple times to hit them with his car – successfully crashing into their vehicle twice, the U.S. Justice Department announced Wednesday. 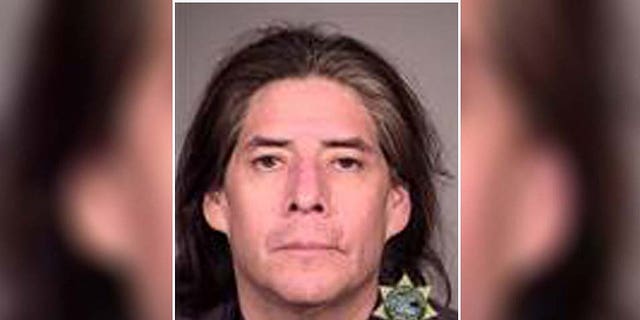 Albert, 55, faces up to eight years if convicted.

The pair of officers, who were in uniform and wearing “visible police patches and a badge,” had just left the Edith Green-Wendell Wyatt Federal Building in Portland in a rental car, officials said. They were heading back to their hotel when one of the officers spotted a gray SUV – allegedly being driven by Albert – passing them on the left.

Authorities said Albert looked toward the officers before he “turned sharply” and nearly crashed into their vehicle.

“The driving officer made several attempts to change lanes and pass Albert, but Albert swerved in either direction to block their vehicle,” police said. “After positioning his vehicle to the officers’ left, Albert turned sharply to the right, striking the officers’ vehicle and causing his own vehicle to spin before coming to a stop.”

When one of the officers got out of the car, officials said Albert “drove toward the officer, veered left and fled the scene.

Officers gathered Albert’s license plate number and followed his vehicle to a hospital, Adventist Health Portland, which is near where Albert stopped, the DOJ said. He allegedly struck the officers’ rental car a second time as they pulled into the hospital’s parking lot. 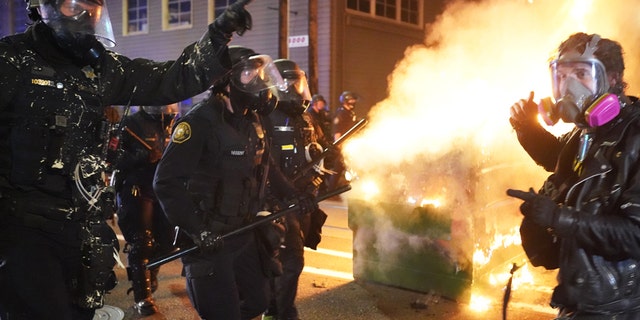 Portland police officers push protesters past a dumpster fire during a dispersal from in front of the Immigration and Customs Enforcement (ICE) detention facility in the early morning on Aug. 21, 2020, in Portland, Ore. (Nathan Howard/Getty Images)

It wasn't immediately clear if either of the officers was injured. Albert was later arrested by the Portland Police Bureau.

Portland has endured nearly 100 days of nightly unrest following the death of George Floyd while in Minneapolis police custody, including two weeks in July when thousands of protesters clashed with U.S. agents sent to protect the Mark O. Hatfield Federal Courthouse. Local police have arrested hundreds of people since Floyd's death. 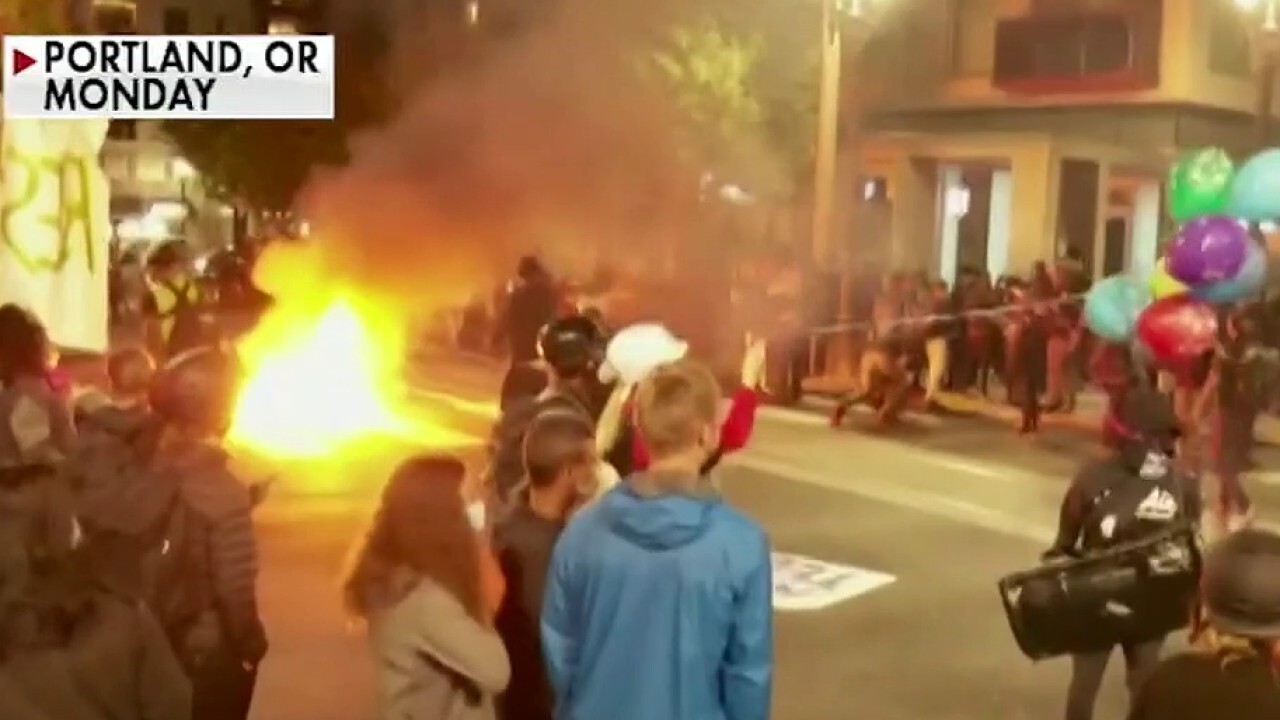 Chief Chuck Lovell labeled the events an escalation in the street violence that Oregon's largest city has endured for months.

Lovell said the demonstrators also wound up targeting other people who live in Wheeler's building and have had nothing to do with the protests. Previously, the demonstrators have almost always clashed with police outside symbols of authority – police buildings and courthouses.

“The families that live inside have done absolutely nothing to provoke a threat to their lives. As I’ve stated repeatedly, the nightly violence is coming at increased cost,” he said. “This is impacting the safety of our entire city and urgent action is needed."

Why I only date rich men: Woman ‘terribly bored’ by poor men who worth less than £1million