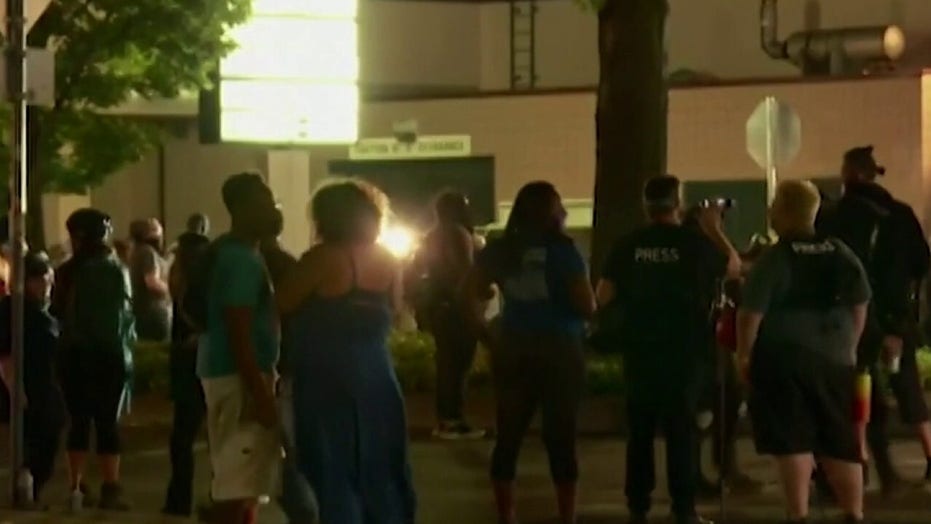 At least 24 people arrested more than once during Portland protests

Federal and local authorities in Portland have arrested three people wanted in connection to separate incidents of assaults or threats against law enforcement officers or city employees related to the ongoing protests, including one man who said he had planted a bomb inside a local police precinct, officials recently announced.

The FBI arrested Kyle Robert Tornow, 36, on Wednesday morning in connection with the false threat, which was made through Portland Police Bureau’s “TrackIT” online communication system on July 24, the Department of Justice said Wednesday.

"The bomb is already in place and has been packaged in a way that prevents detection from canine officers."

Tornow, a Seattle resident, allegedly used a fake name to report that he would plant an explosive inside on of PPB’s precincts. He was charged with making a threat to damage and destroy a building and later admitted to sending the threat.

“I am going to bomb a police precinct in Portland, OR. The bomb is already in place and has been packaged in a way that prevents detection from canine officers. Unless your officers disengage your war with the citizens of Portland I will blow up this precinct,” Tornow wrote in the threat, according to the criminal complaint pertaining to his arrest. “You are weak. We are strong, many and fluid in nature.”

According to court papers, his threat goes on to say: “If I am caught, others will take my place and immediately detonate the bomb. This is a felony threat. Please take this seriously to avoid death.” 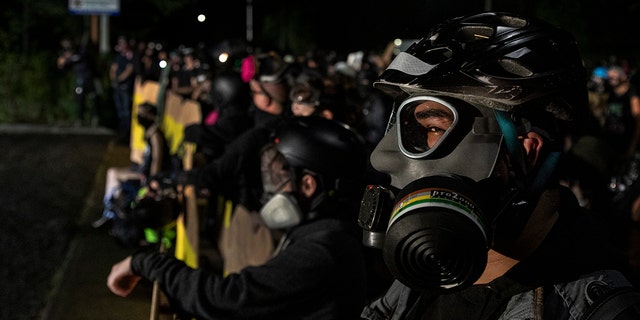 Protesters are seen during a standoff at a Portland police precinct in Portland, Oregon on August 15, 2020. (Paula Bronstein/Getty Images)

Tornow, who authorities said has previously been arrested for crimes including harassment and car theft, faces up to 10 years behind bars and a fine of as much as $250,000, the Justice Department said.

Portland has had nearly 100 days of nightly unrest following the police killing of George Floyd, including two weeks in July when thousands of protesters clashed with U.S. agents sent to protect the Mark O. Hatfield Federal Courthouse. Local police have arrested hundreds of people since Floyd's death. 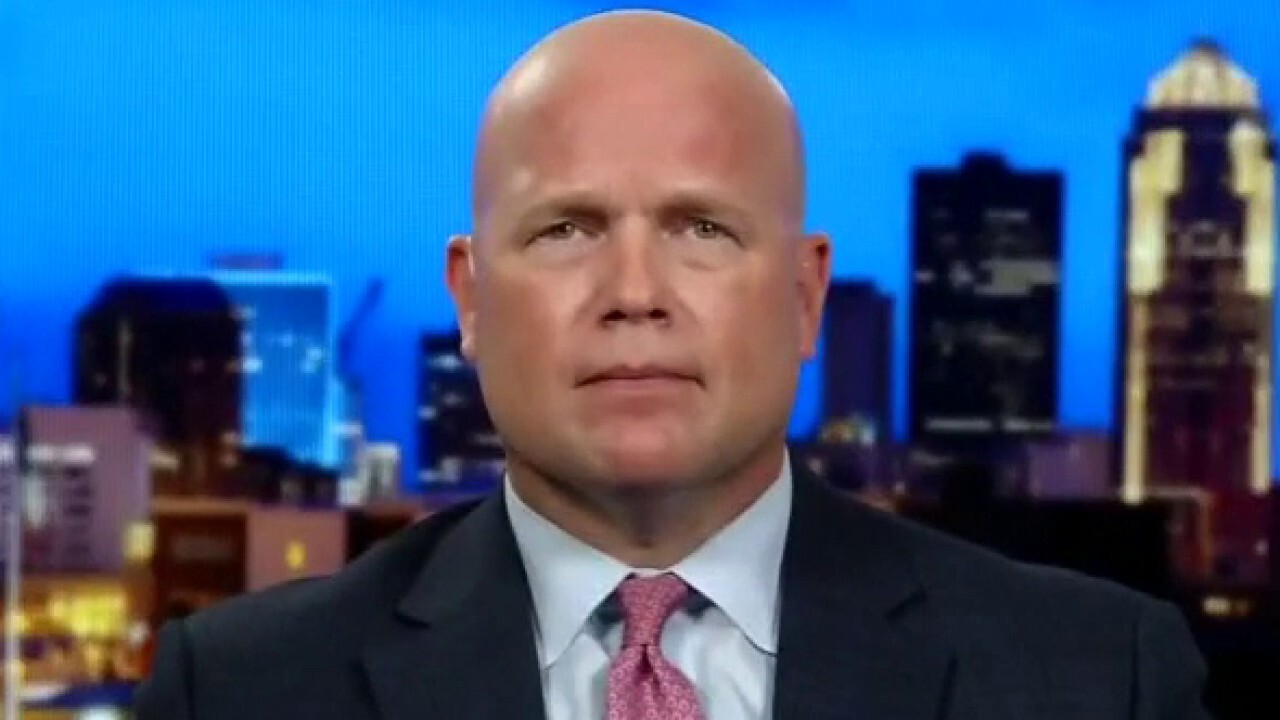 The Justice Department also announced the arrests of two other individuals on Wednesday: a Seattle man who allegedly shot a Portland firefighter with a ball bearing in July and a Portland woman who is accused of striking a PPB officer in the head with a helmet last month.

“The families that live inside have done absolutely nothing to provoke a threat to their lives. As I’ve stated repeatedly, the nightly violence is coming at increased cost,” he said. “This is impacting the safety of our entire city and urgent action is needed."

Jesse Herman Bates, 38, was appeared in court Wednesday on civil disorder charges for shooting a uniformed firefighter in the chest with “a round metal ball bearing” on the morning of July 13, a different DOJ press release states.

At the time, “a firefighting crew was working to put out a fire burning in the middle of an intersection in downtown Portland that was blocking traffic,” court records state. “A crowd of approximately 300 people were in the immediate area, some of whom were assaulting police officers and committing acts of vandalism and property damage.”

The firefighter told authorities the person who struck him was wearing “a ‘wrist rocket’ style slingshot,” the DOJ said.

Officers in the area were able to identify Bates as the shooter, using surveillance footage to match him and his clothing. 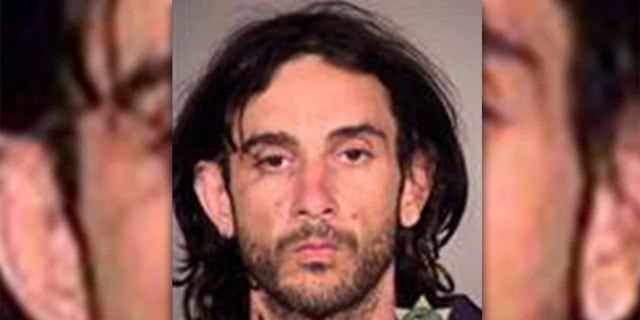 When they tried confronting Bates later that morning, he was holding a crowbar and fled. He was arrested but later released.

WHERE ARE THE RIOTERS COMING FROM? DATA SHOWS MIX OF LOCALS AND OUT-OF-STATERS CONVERGING ON CITIES

Bates was later arrested on a federal warrant. He was released following his Wednesday court appearance and faces up to five years in prison.

A Portland woman also appeared in court on Wednesday for civil disorder charges related to a separate incident, the Justice Department said.

On Aug. 24, Portland police watched as 31-year-old Michelle Peterson O’Connor picked up a helmet and threw it at a PPB officer, striking the officer in the head, while they were arrested someone else during a riot, according to a DOJ press release.

O’Connor was released after her Wednesday hearing pending future court proceedings. She faces a maximum of five years if convicted.