A BIZARRE fish which looks exactly like an alligator has sparked a marine mystery after it was found dead by a British expat in Singapore.

The "prehistoric" creature with huge jaws and razor-sharp teeth left locals baffled after it was discovered on the banks of the MacRitchie Reservoir. 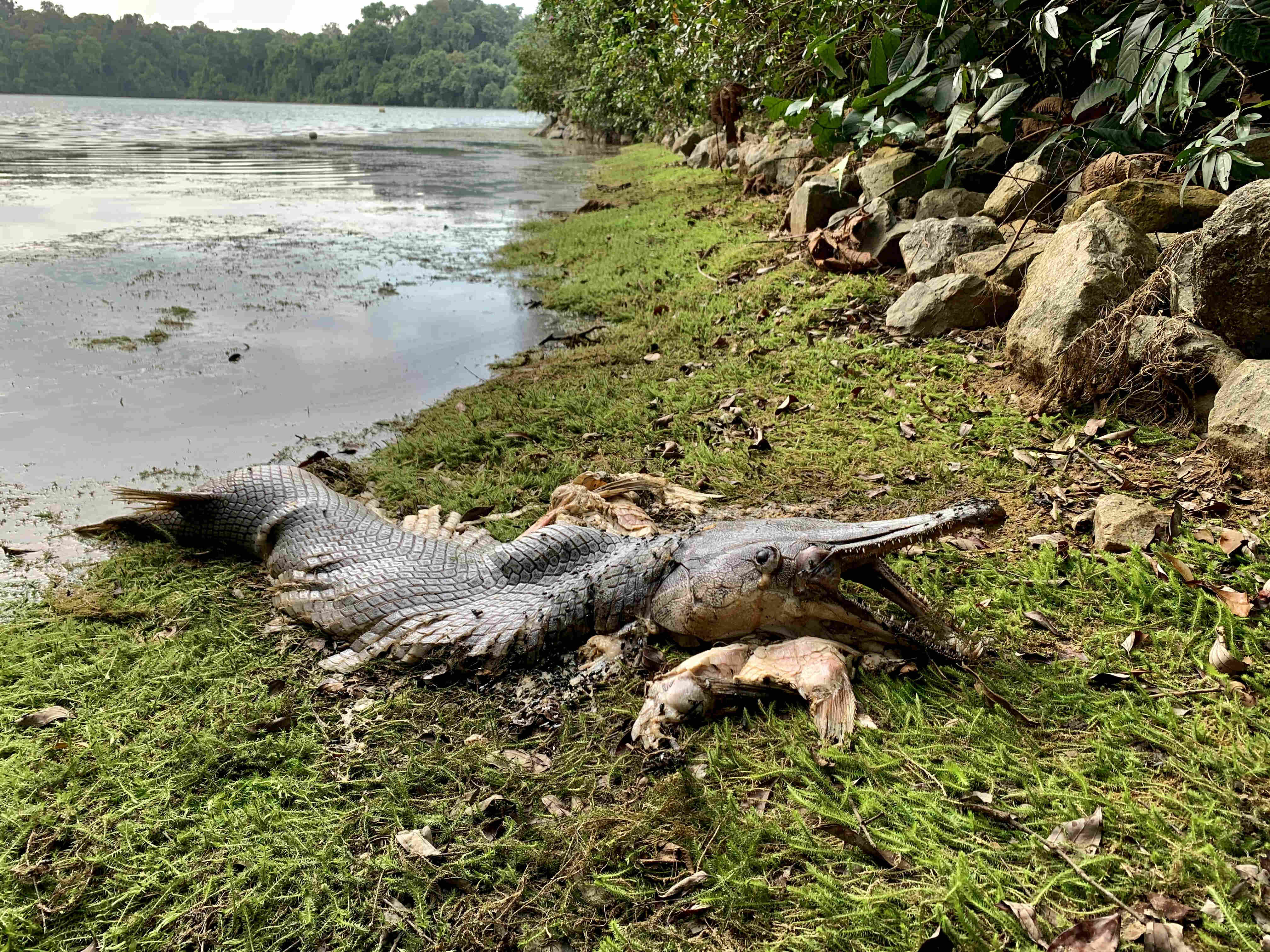 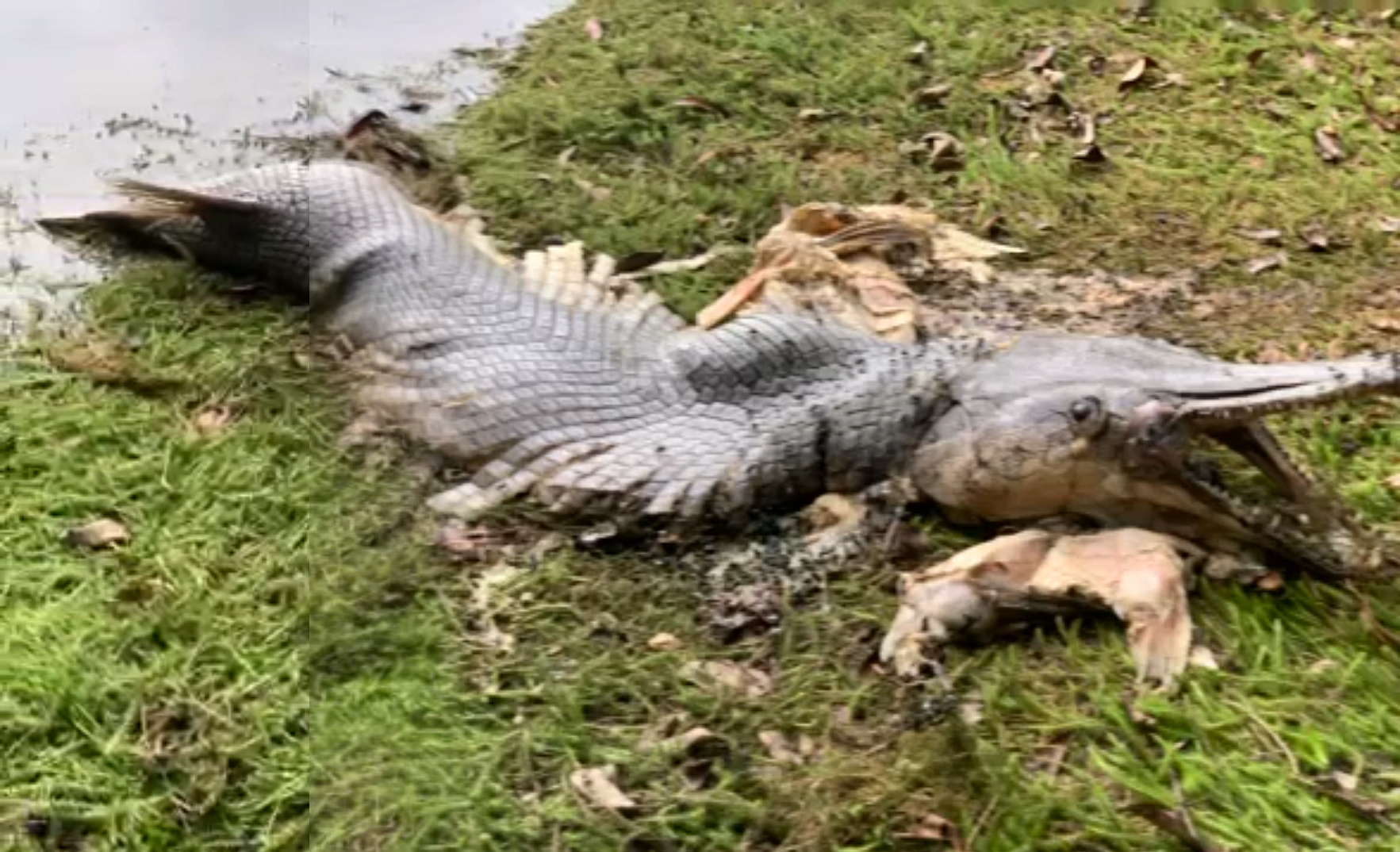 Karen Lythgoe, 31, from Scotland, documented the startling discovery of the giant fish.

"There were some people already looking at it from the boardwalk, but that was too far away to see what it was," she said.

"We though it was a crocodile from that position, but it didn't look quite right, so we went off the path to get a closer look.

"It wasn't a crocodile. It was like something you might see in a zoo – it looked prehistoric with its big jaws and teeth.

"I was shocked and intrigued at how it came to be in the reservoir."

Imran Kassim, 27, thought it was another predatory reptile.

"Honestly, it flat out looked like an alligator, especially because a portion of it's body was gone – probably eaten by a happy monitor lizard," he said.

"I was pretty shocked to see it as I thought it was an alligator, and that trail is supposed to be safe other than the cheeky monkeys stealing food, and there have never been huge animals there.

"It was pretty damn strange, but it looked enough like a lizard with its jaws wide open, that I would have never guessed it was a fish."

The monstrous creature has now been identified – but the answer has only deepened the mystery.

In a joint statement, the city's water agency and National Parks Board said the creature was an alligator gar – a fish native to the southern United States, some 10,000 miles away.

The species has been called a "living fossil" because so much of its biology can be traced back to its earliest ancestors.

As for how the creature ended up in Singapore, authorities think it was kept as a pet and released once it had grown too large.

Young alligator gar – averaging around 20cm long – can be bought from local fish markets, according to local media reports.

"I'm shocked someone could be so irresponsible to release that into the wild. It's a top predator so it really affects the ecosystem," Karen said.

"We would like to remind everyone that the release of these animals will disrupt our delicate aquatic ecosystem and may also pose a risk to users of our water bodies," the authorities added.

Releasing animals into reservoirs and waterways is punishable with a fine of up to £1,600 in Singapore.

The carcass has now been removed by the Singapore water agency.

Flu cases in NYC spike early as deaths climb across US

Could Beyoncé Win a Grammy, Golden Globe, and Oscar for 'Spirit' from 'The Lion King'?