A BAROQUE painting of the Virgin Mary is the latest in a long line of pictures to be disfigured while undergoing restoration.

A private art collector is said to have been charged €1,200 (£1,084) by a furniture restorer to have Bartolome Esteban Murillo’s painting of the Immaculate Conception cleaned and repaired. 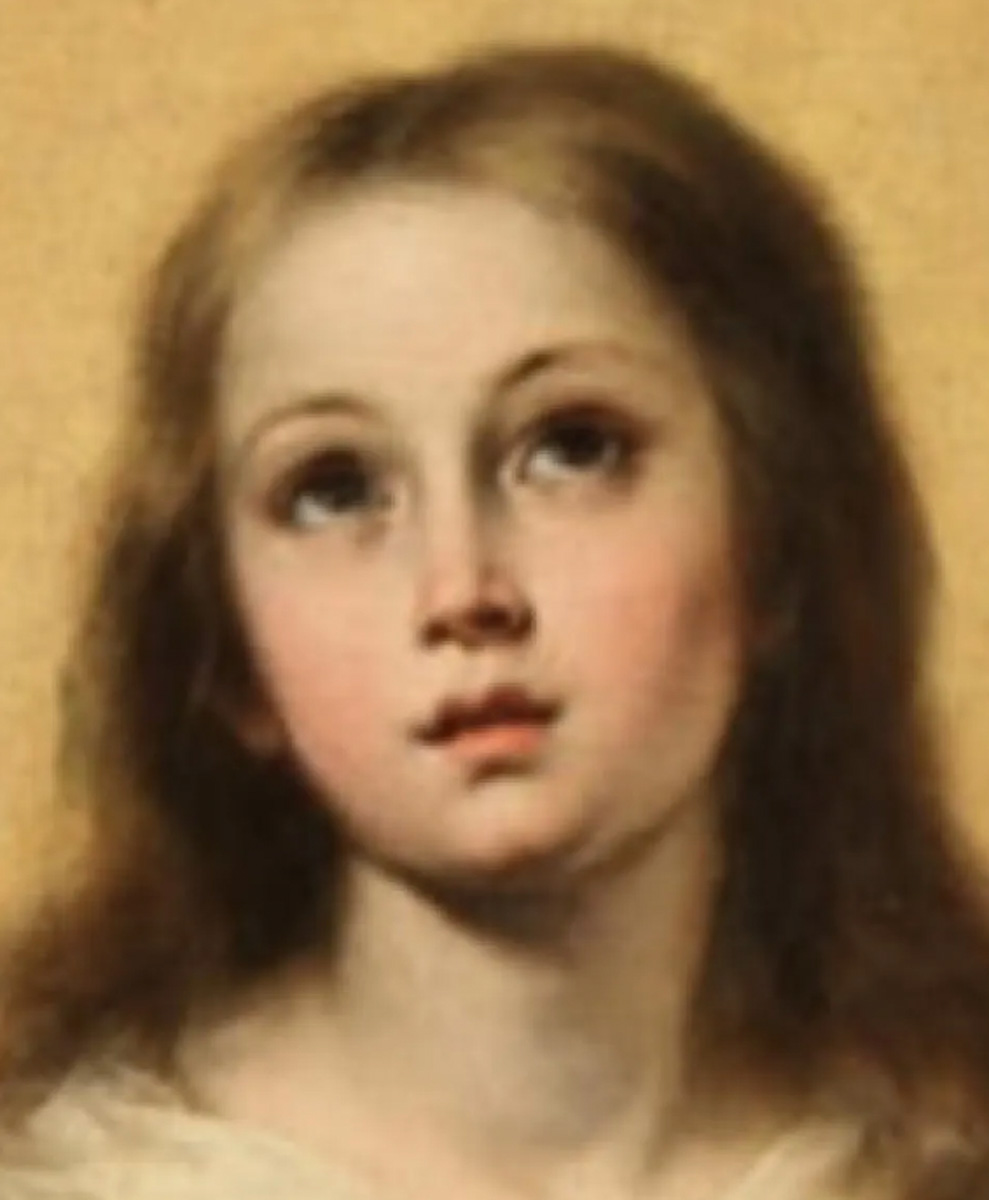 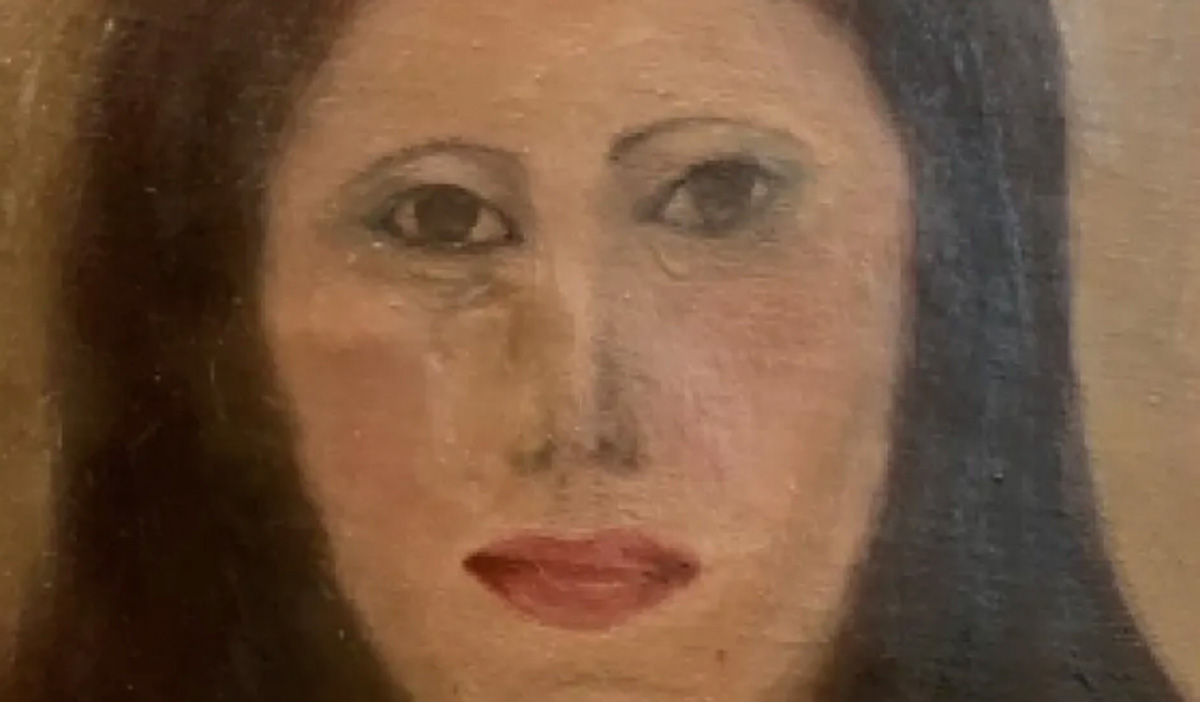 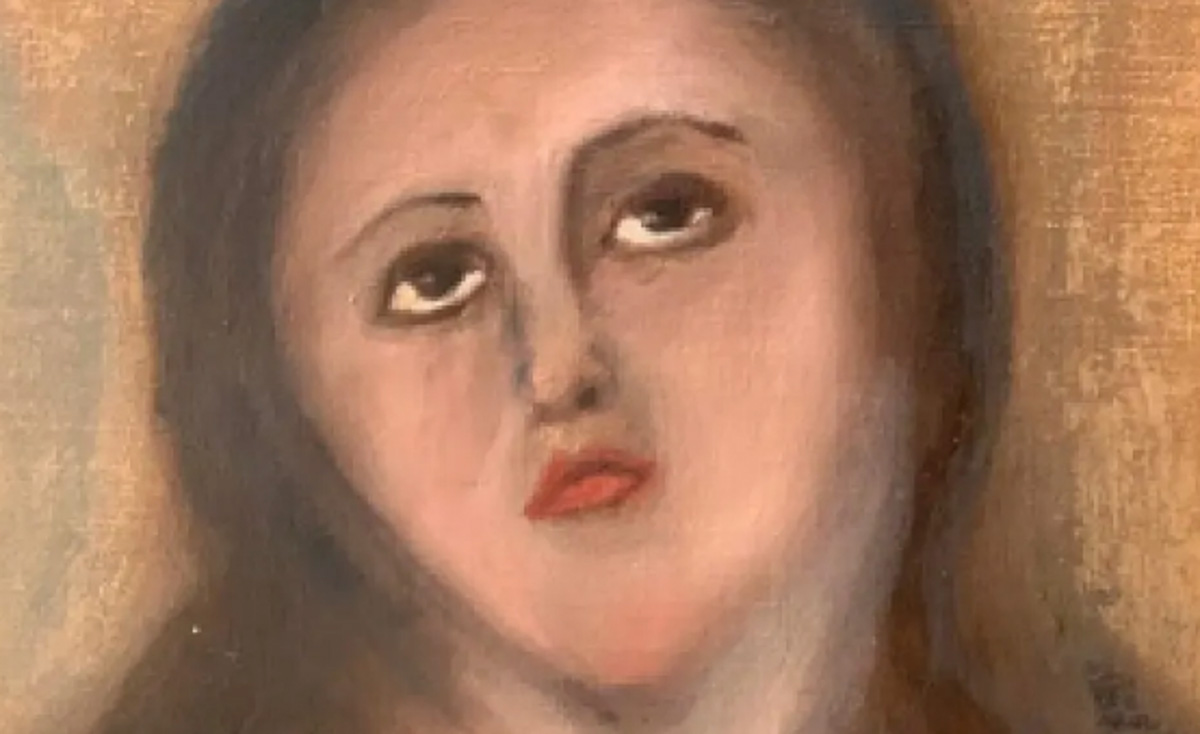 However, things did not go as planned and the face of the Virgin Mary was left unrecognisable even though two attempts to restore it to its original condition were made.

The botched restoration job has echoes of the “Monkey Christ” eight years ago when a devout parishioner attempted to restore a painting of Christ on the wall of a church in the north-eastern Spanish town of Borja.

The Ecce Homo Jesus fresco was 'restored' by the untrained artist Cecilia Gimenez in 2012.

Initially painted around 1930 by the Spanish painter Elias Garcia Martinez, the altered fresco was widely slammed for making Jesus look like a monkey.

Another failed attempt at restoring a 16th century statue of St George and the dragon in northern Spain left the saint looking like a Playmobil figure or the cartoon character Tintin.

The botched restorations have now lead Fernando Carrera, a professor at the Galician School for the Conservation and Restoration of Cultural Heritage, to call for restoration projects to only be carried out by properly trained restorers.

He told The Guardian: “I don’t think this guy – or these people – should be referred to as restorers.

“Let’s be honest: they’re bodgers who botch things up. They destroy things.”

Currently the law allows people to engage in restoration projects even if they are not qualified or possess the necessary skills.

Prof Carrera said the sector needed to be strictly regulated for the sake of Spain’s cultural history.

“We see this kind of thing time and time again and yet it keeps on happening,” he said.

“Paradoxically, it shows just how important professional restorers are. We need to invest in our heritage, but even before we talk about money, we need to make sure that the people who undertake this kind of work have been trained in it.”

María Borja, a vice-president of Spain’s Professional Association of Restorers and Conservators (Acre), told Europa Press, that bodged restorations were “unfortunately far more common than you might think.”

She added: “We only find out about them when people report them to the press or on social media, but there are numerous situations when works are undertaken by people who aren’t trained.”

Ms Borja added that this meant “artworks suffer and the damage can be irreversible”.

Prof Carrera also warned that some Spanish politicians simply “don’t give a toss about heritage,” indicating the country did not have the financial means to safeguard all of its artworks and treasures from the past.

He said: “We need to focus society’s attention on this so that it chooses representatives who put heritage on the agenda.

“It doesn’t have to be at the very top because it’s obviously not like healthcare or employment – there are many more important things. But this is our history.”

Spain isn’t the only country to suffer from bodged art restorations.

In April last year a Virgin Mary statue in Poland was butchered so badly locals in Masovian Voivodeship, eastern Poland, were said to be appalled, saying it looked like a nursery school drawing. 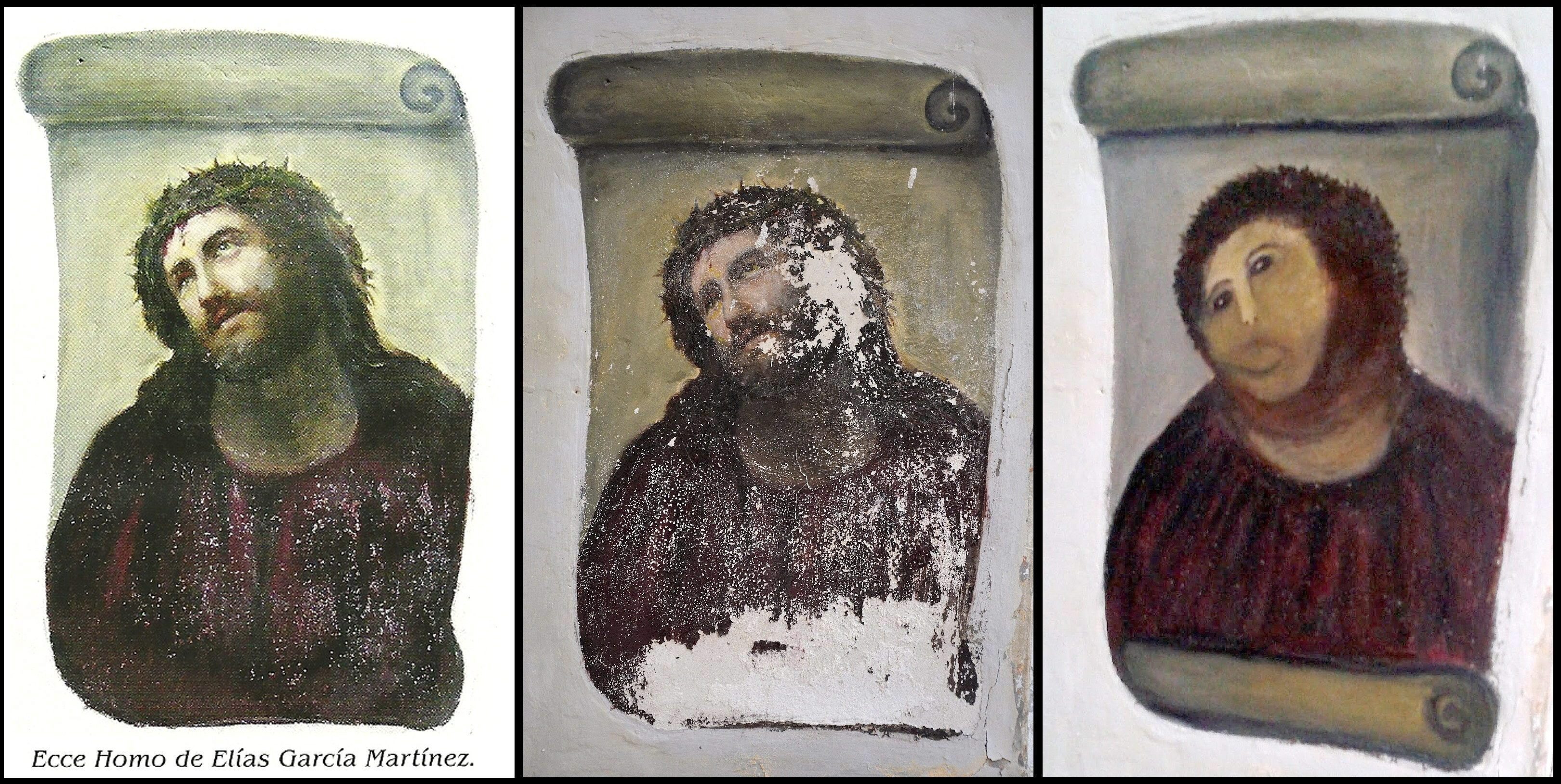 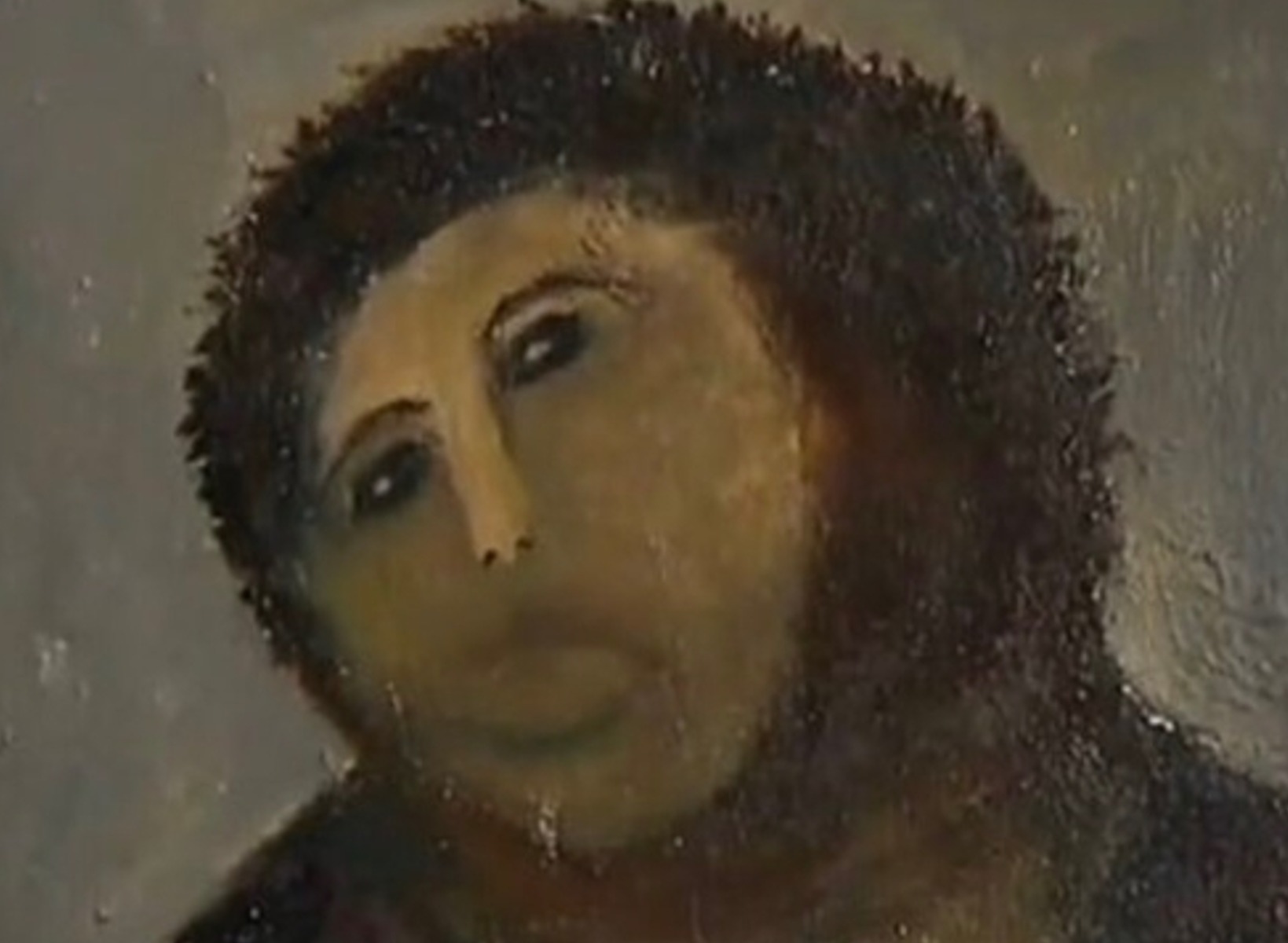 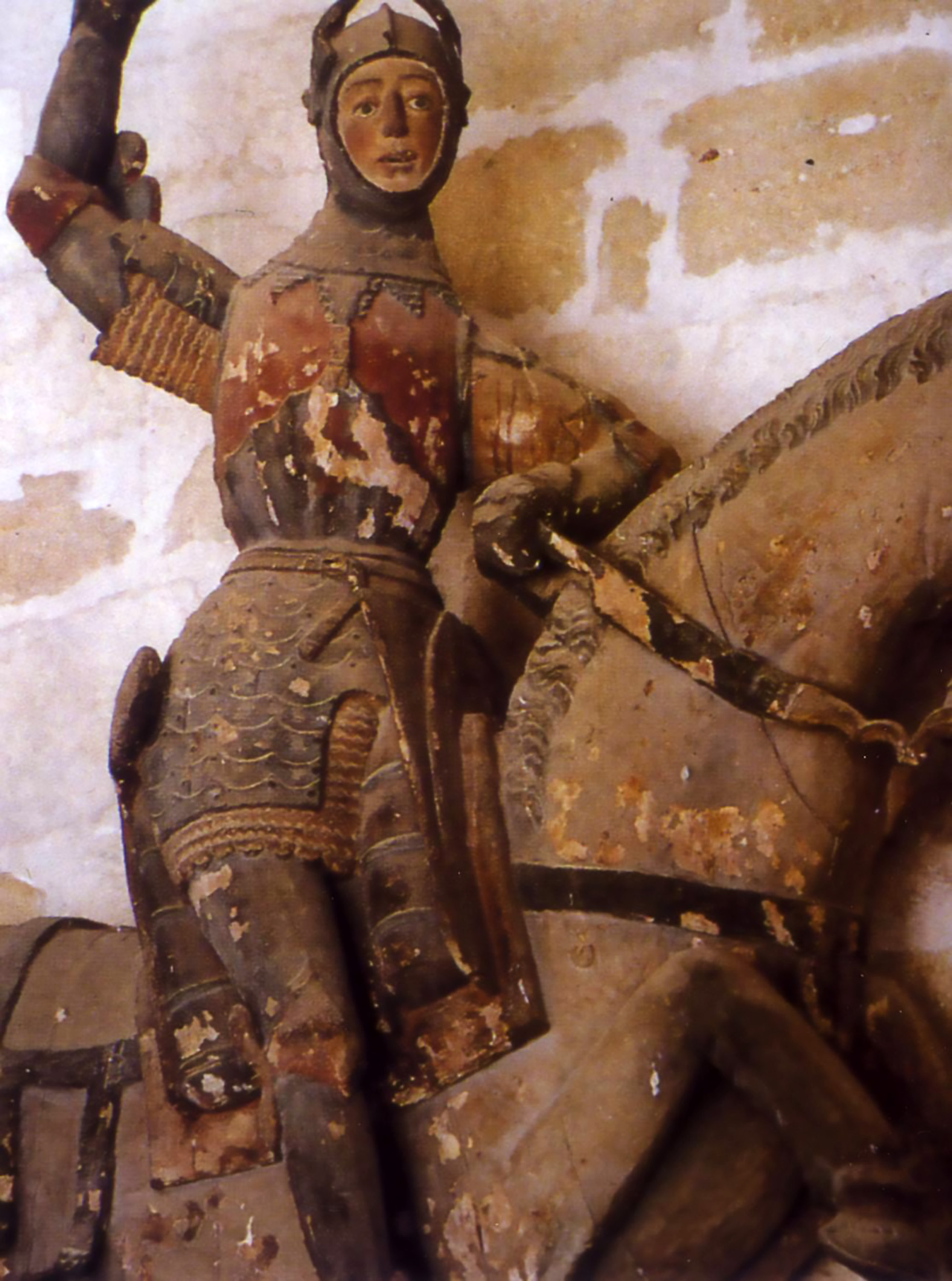 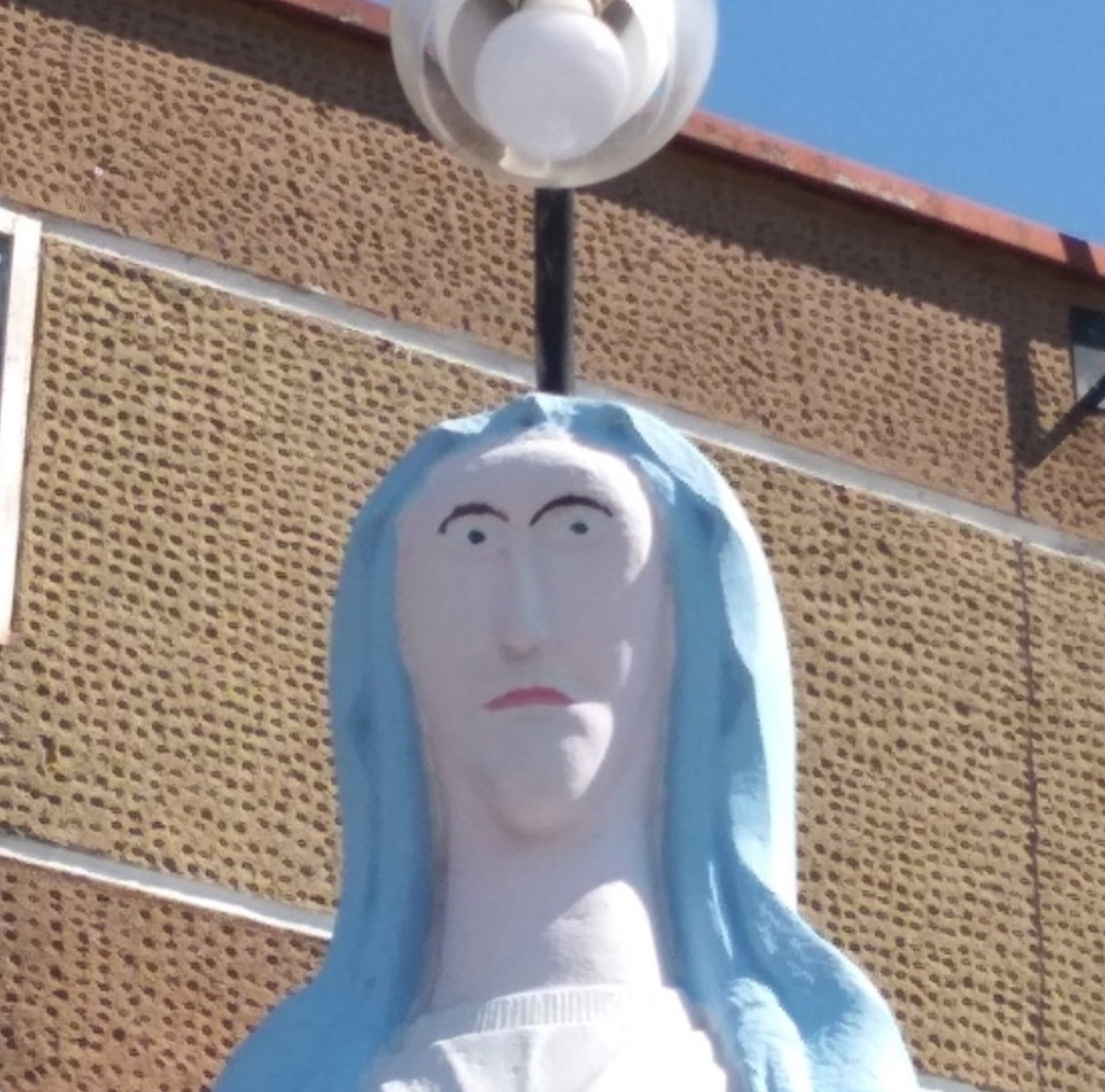 Iggy Azalea Confirms She Has a Son!