The Home Secretary rejected a recommendation that bricklayers and welders be added to the UK’s shortage occupation list (SOL) – which helps migrants get work visas to fill jobs where there are not enough native applications.

They were suggested along with care workers by the MAC to ‘relieve pressure when freedom of movements ends’ in December.

However with the country in the grip of a coronavirus economic storm that is due to see unemployment soar, Ms Patel wants to keep positions open for British workers.

A source told the Sun the move was ‘standing up for the white van man across the country’.

They added: ‘We must be realistic about the effect Covid has had on the labour market and economy, and we know that people across the UK are currently looking for work.

‘That is why it is right that we focus on the needs of British people.’ 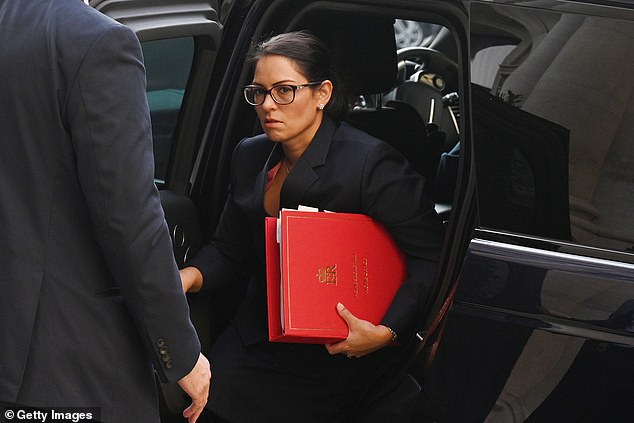 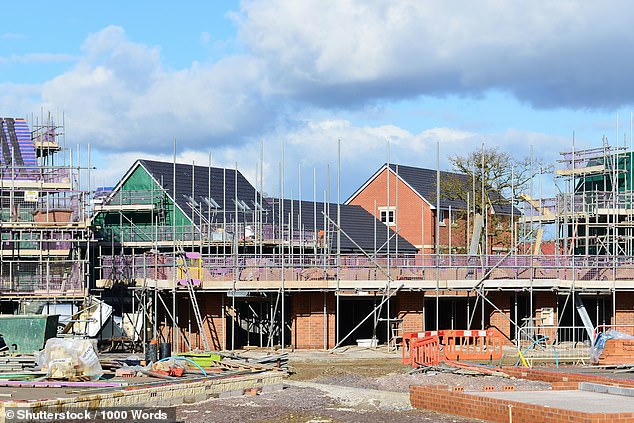 Earlier this month a think tank warned almost three million people will be unemployed by Christmas, with about 1.5million set to lose their jobs before the end of the year.

The dire warning from think-tank the Centre for Economics and Business Research (CEBR) comes as its economists said data from its Business Distress Tracker and the Office for National Statistics indicated that Rishi Sunak’s new furlough scheme was ‘unlikely to prevent a major loss of jobs’.

Since then vast swathes of Britain have been placed back into hard-hitting lockdowns to deal with a second wave of coronavirus infections.

Rishi Sunak will today unveil yet another bailout amid warnings that thousands of bars and restaurants in Tier Two lockdown areas face going bust.

In a dramatic Commons statement this morning, the Chancellor is expected to boost support for sectors like hospitality by hundreds of millions of pounds, after a wave of anger at ‘loopholes’ in his existing provision.

While businesses forced to close in the harshest Tier Three areas can access significant funding, there is less available for ‘high risk’ Tier Two regions such as London and Essex – even though the ban on households mixing indoors means that many are getting hammered.

Tory MPs have been increasingly alarmed at the gap, amid warnings that the crisis is set to drag on well into next year. Shocking official figures today show that 17 per cent of firms in the accommodation and food services industry are at ‘severe’ risk of going bust.

Few details are yet known about the new package, with expectations that it will extend the previously-announced Job Support Scheme when furlough ends next month.

111-Year-Old Woman, One of Indiana's Oldest Residents, Gets Her COVID Vaccine: 'Just Get the Shot'

Zoom announces new features and dubs itself the 'future of communications'

9 Date Ideas If Your Love Language Is Quality Time, That Are Epically Romantic

Baby names: These monikers are highly popular with younger mums in the UK