Drew Scott and Linda Phan are expecting their first baby!

The Property Brothers star and his wife of almost four years (and partner of nearly 12) are preparing to welcome a child together, PEOPLE can exclusively confirm.

"Cat's out of the bag, everyone. Linda's pregnant!" Scott shared on Tuesday's episode of the couple's podcast, At Home.

The HGTV host and the podcast producer have often spoken about their hopes to start a family since tying the knot in 2018. After a two-year fertility journey that included IUI and IVF treatments, they finally received good news in August and are preparing to welcome a little one in May 2022. 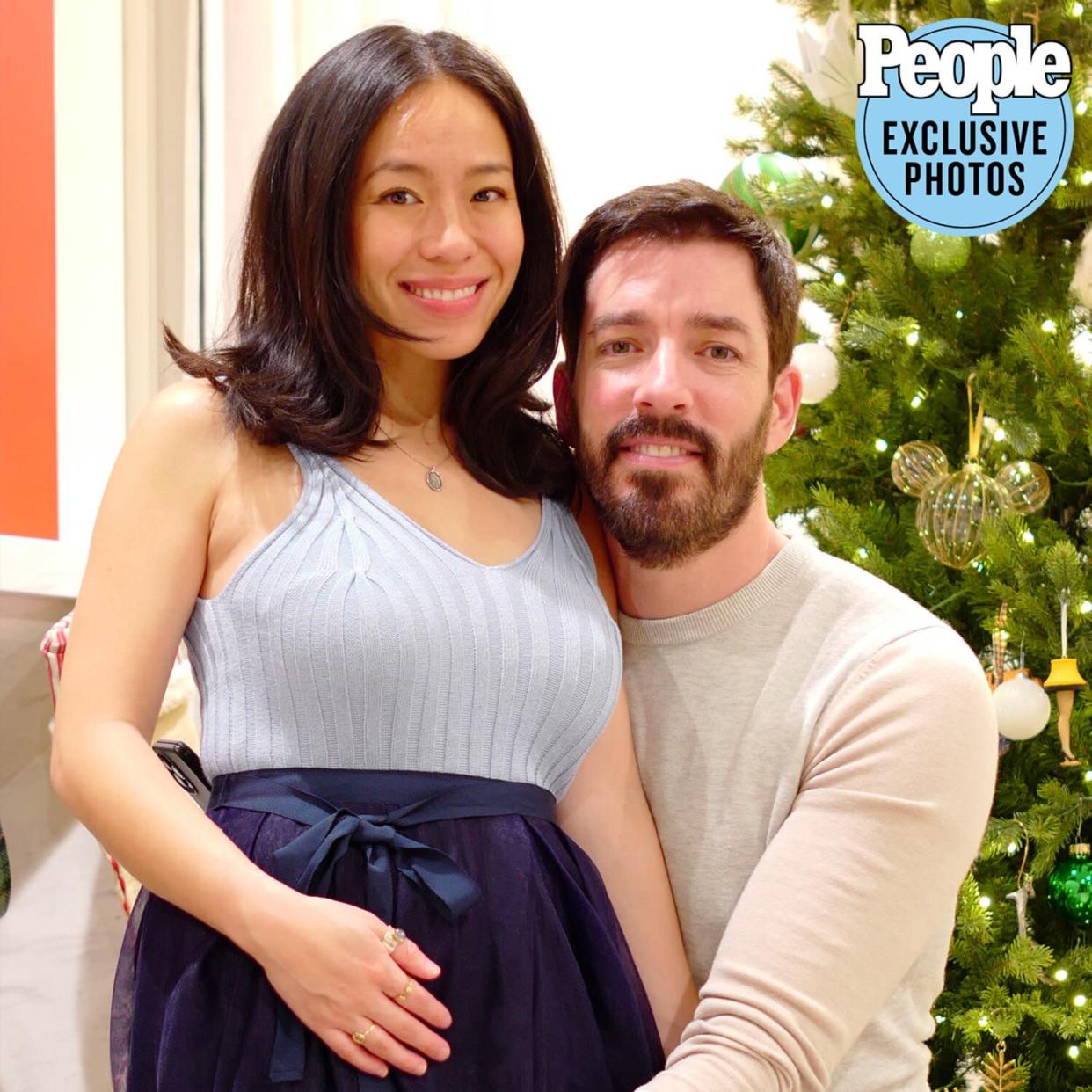 Scott and Phan shared two mirror photos showing off her bump in a joint Instagram post Tuesday morning. "Guess we're doing weekly bathroom selfies now," they joked in the caption before thanking the doctors, family and friends who supported them throughout the process. "It made an overwhelming time in our lives more manageable," they wrote.

They also shared their wish that being open about their own road to parenthood might help others. "It has been an adventure to get here! We know we're not alone in this experience and that everyone's is filled with unique challenges along the way," they wrote. "We hope as we grow through this, that even one of you reading this can also feel a little less lonely in whatever path you're on!"

Scott and Phan recorded a short but emotion-filled vlog (below) documenting the ups and downs of the IVF process: Scott giving Phan shots in her stomach as she hides her face in a pillow, doctors visits and tears, but also Phan meditating, goofily dancing to the beat of her heart monitor in a hospital bed, and finally, an ultrasound and a heartbeat.

The clip starts and ends with the couple cuddling in bed on the day they found out Phan was pregnant. "Today was a good day," says Scott, 43.

The pair also talked at length about their difficult path to starting a family on their podcast At Homewith Linda & Drew Scott.

After struggling to conceive, they first tried IUI (intrauterine insemination), which failed, then IVF (in vitro fertilization), which was successful.

"For a while I wasn't sure how much I wanted to share, or if I wanted to share at all," Phan tells her husband of going public with their struggles in a candid exchange. "Even with close family and friends, we didn't tell them right away just because I needed to process the feeling myself before diluting it with other people's excitement." 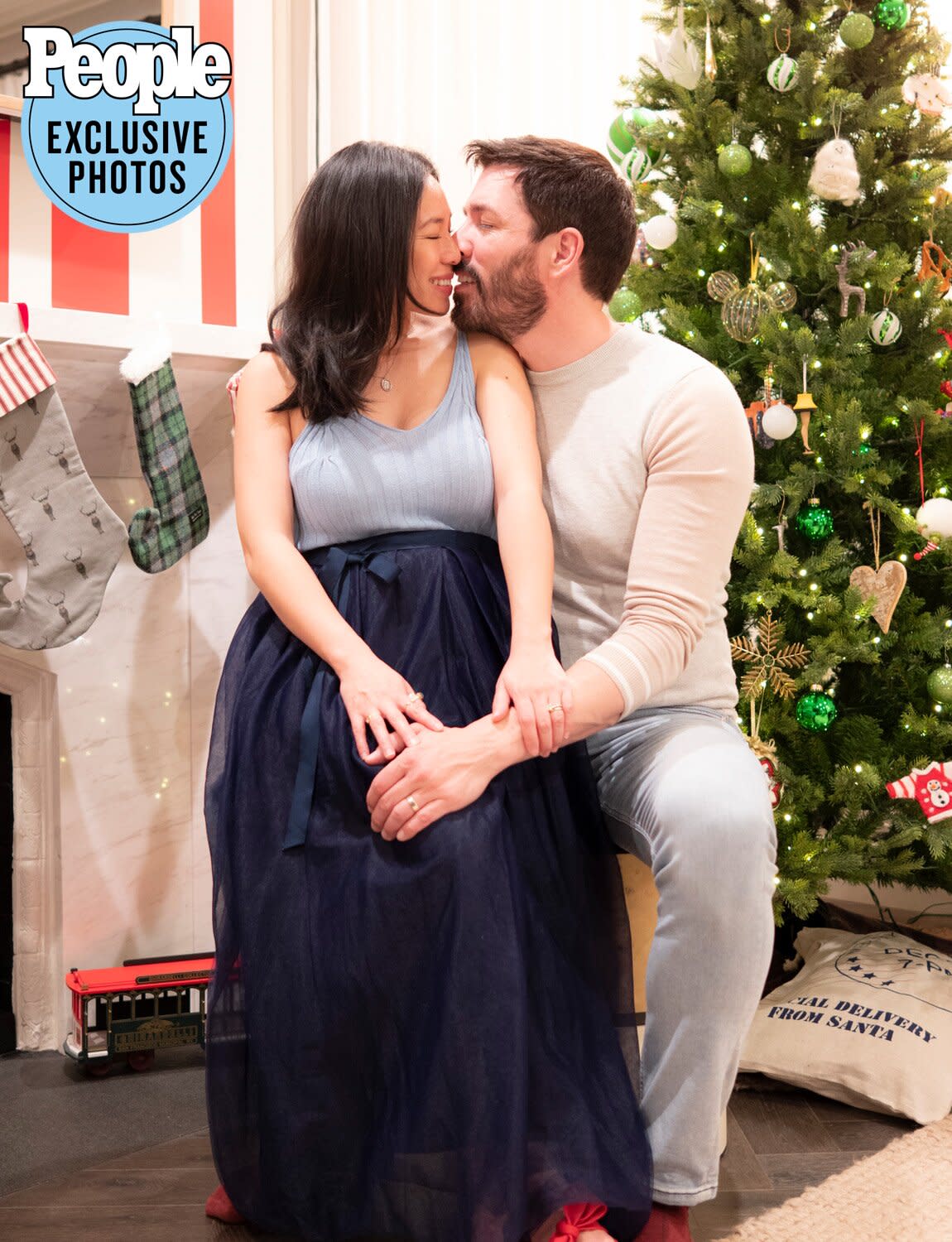 She explains that her initial feelings after learning she was pregnant were muddled by the long and often strenuous path to conceiving.

"It's not that I wasn't excited, it was just really confusing because we got the news from our fertility doctor and I guess it's just not how I imagined it," she says. "Not that it made it disappointing in any way, I think I just had more of a sense of relief at first."

Scott also opened up about managing his own excitement and stress throughout the two-year process. 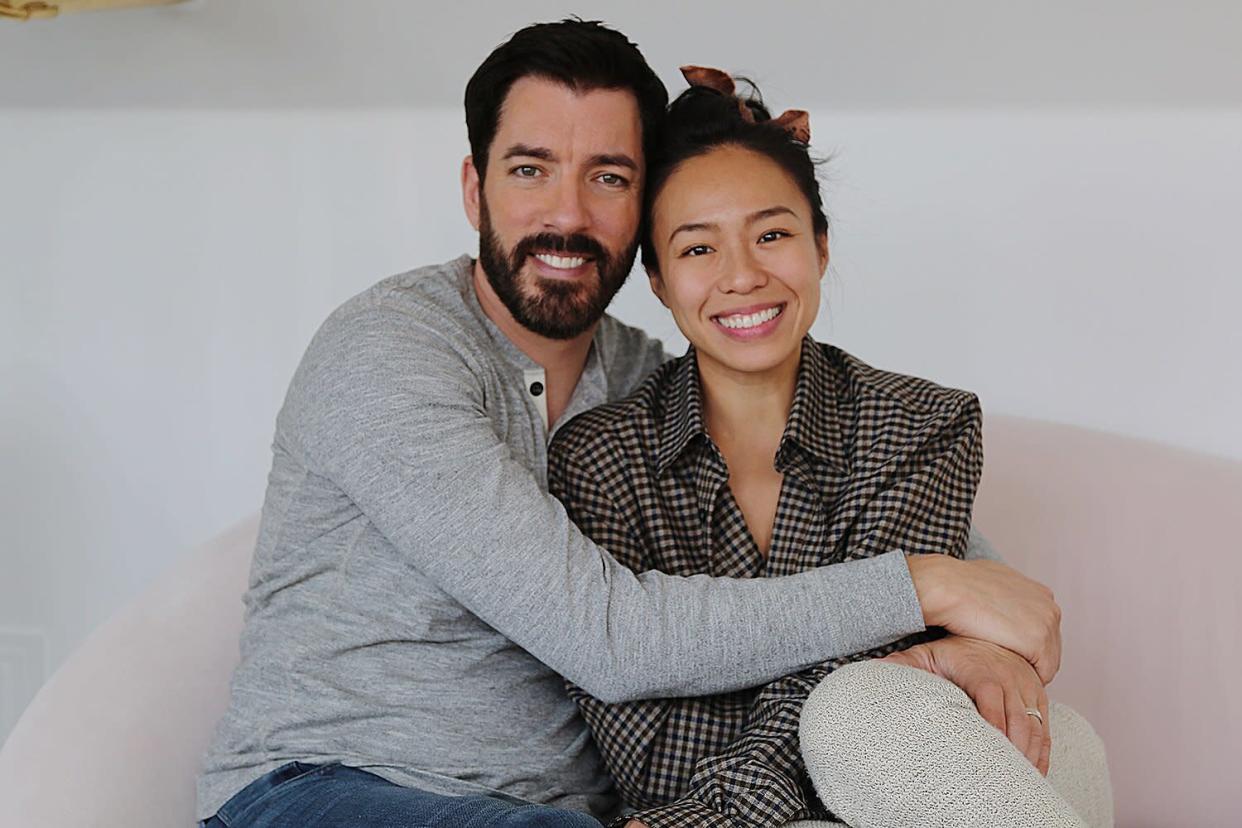 "Every step of the way there is something scary or there is the unknown," he says. "We have friends who have unfortunately had miscarriages and we have other friends who have tried IVF many, many times" without success.

In the end, they agreed that if sharing their story might help others in a similar situation feel less isolated or afraid, it's worth it.

"I think that this creates a bit more of a community of people who have either been through the process or are about to go through the process or have been having certain difficulties to realize, you're not alone," says Scott. "There are a lot of us that have had complications and I think that something like this is something that we should talk about, because then it doesn't make it as scary a thing. It makes it something that is more relatable."

The couple also talked about how they wished they had prioritized their family and their well-being a bit more in the past when their focus had been on an often-grueling work schedule. 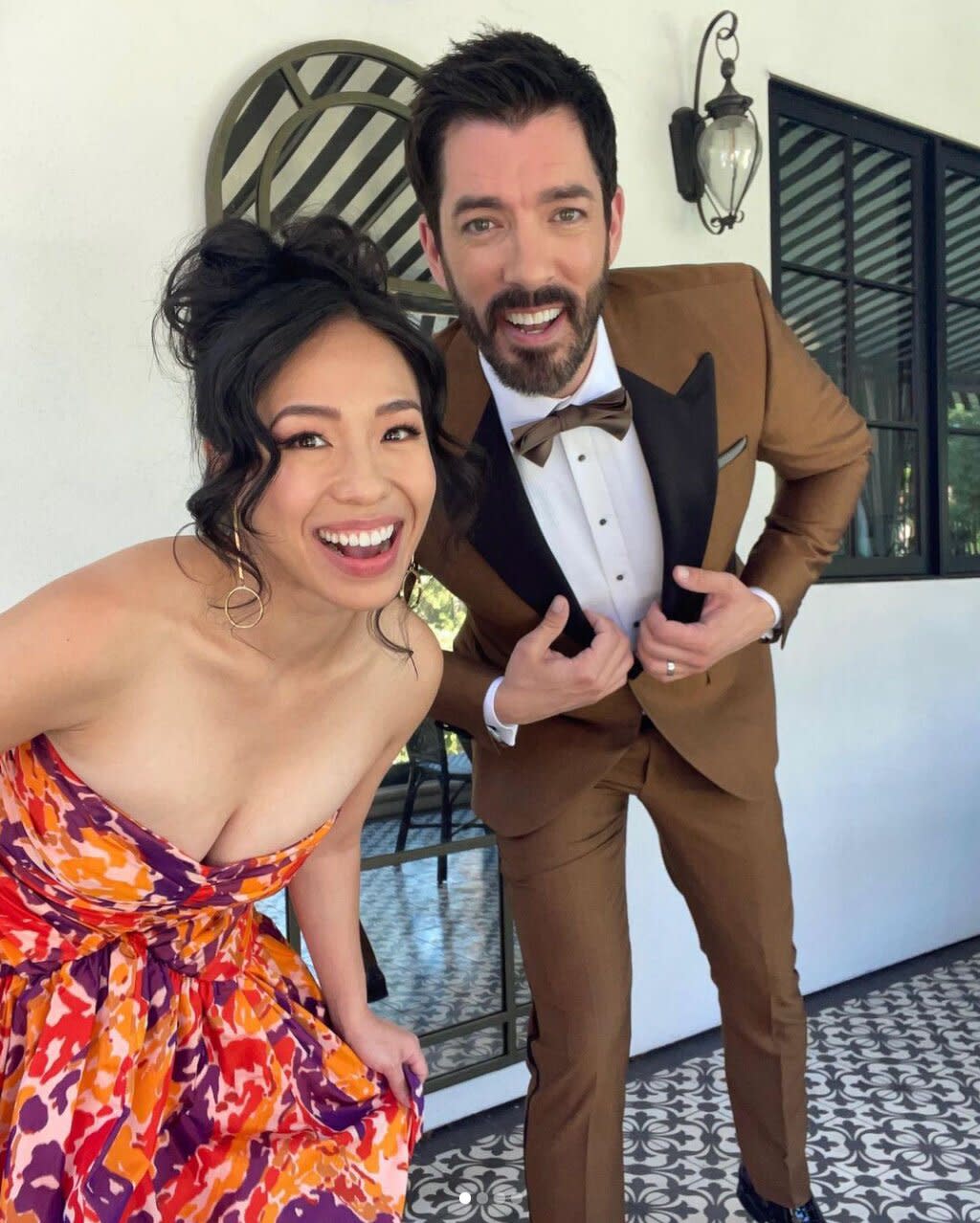 "The one thing, looking back, that I really kind of kick myself a little bit . . . is the fact that I really let my work schedule dictate what we do, even though I'd say family is most important and family is first," says Scott. "Linda is the one who brought it to my attention and said we should really look at our life a little bit more and what's important to us."

Starting a family was always on the real estate expert's to-do list, but for a long time, it wasn't a priority.

"I knew I've wanted to have kids since I was a kid. But then I got really busy with work and I love what I do. I love helping other families. But I realized twelve years had gone by of doing that when we'd sort of sidelined starting our own family. I'm really glad we made that decision now and we have the support to make it happen."

Adds Phan, "We were helping other families and that was really cool to be able to do, but you get caught up in that and then you forget about yourself."

WATCH THIS: Drew Scott and Wife Linda Phan Are Already Talking About Property Babies: 'We're Excited to Start That Chapter of Our Lives'

While they're excited for their next chapter, at the moment, the couple say, what they're feeling most is a sense of relief.

Explains Scott, "This has been a journey for us and there's a bit of that feeling of a weight off our shoulders, just talking about it and letting people know."

To continue the discussion, they'll be dedicating each episode of their podcast to subjects around family planning in the new year. Listen to a new episode of At Home with Linda & Drew Scott on athomepodcast.net every Tuesday.

‘On My Block’ Trailer: Big Changes, Big Money, and Big Risks in Season 2