Cheer star Jerry Harris should get 15 in jail after pleading guilty to soliciting sex from underage boys at cheerleading events, prosecutors say

Jerry Harris, star of the Netflix show Cheer, should spend 15 years in prison for a child pornography conviction, according to federal prosecutors.

Harris, 22, faces up to fifty years behind bars after pleading guilty in February to receipt of child pornography, and of traveling with intent to engage in illicit sexual conduct.

In court documents obtained by TMZ, prosecutors characterized Harris’ actions as ‘horrific,’ but said that they considered his troubled childhood when deciding their sentencing recommendation.

In addition to the time behind bars, prosecutors asked for 10 years of post-incarceration supervision. 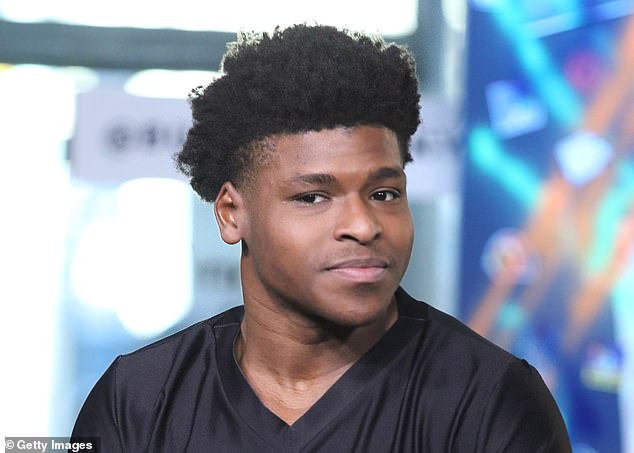 Jerry Harris, 22, faces up to 50 years in prison after he pleaded guilty in February to receipt of child pornography and other charges 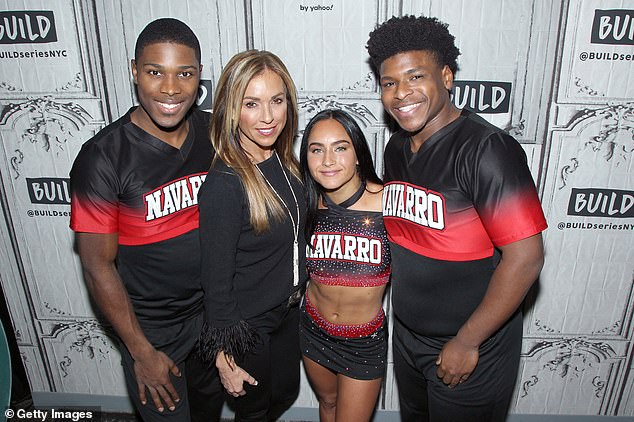 Harris (far right) emerged as the star of the first season of the 2020 docuseries Cheer, which followed the Navarro College cheerleading team preparing for the national championship

Harris emerged as the star of the first season of the 2020 docuseries Cheer, which followed the Navarro College cheerleading team, of Corsicana, Texas, as they prepared to compete in the National Cheerleading Championship.

The show was released in January of 2020. In September of that year, Harris was sued by a pair of 13-year-old twin brothers who said they were ‘star struck’ when they met him, and at his request sent him nude photos.

Harris was arrested by the FBI that week. He was 19 years-old at the time.

Harris was later accused of seven counts of sexual acts with minors that took place across Florida, Illinois, and Texas. He pleaded not guilty to all charges at the time. 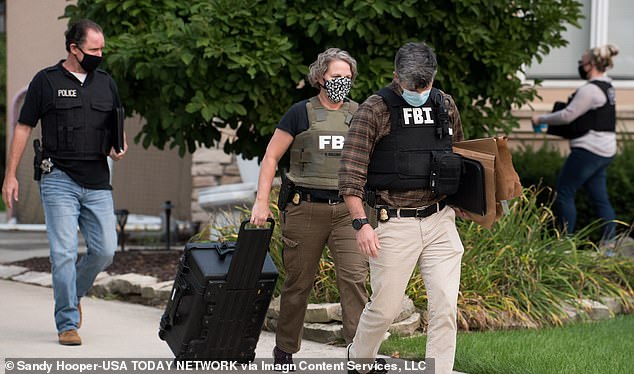 FBI officers execute a search warrant of a home in Naperville, Illinois in connection to Harris’ child pornography charges 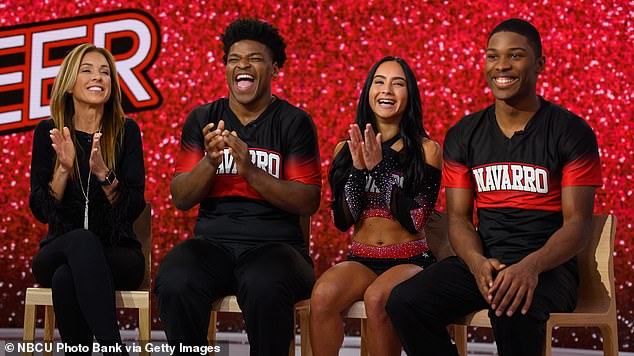 Harris (second from left) came from a background of homelessness and sexual abuse, which prosecution described as ‘full of setbacks and developmental delays’

‘Like many child predators, Harris took advantage of a power imbalance to sexually exploit his young victims,’ wrote Assistant US Attorney Kelly Guzman in the court filing, ‘He preyed on the insecurity and youth of boys in the cheerleading community to abuse them.’

Defense and prosecution alike pointed to Harris troubled childhood, which included homelessness, and at least two instances of sexual assault as a child.

Prosecutors characterized Harris’ childhood as ‘full of setbacks and developmental delays’ in their sentencing recommendation.

Defense attorney Joshua Herman wrote of Harris’ past: ‘These experiences warped Jeremiah’s view of ‘normal’ relationships, especially given how they occurred alongside social media and within the ecosystem of the Cheer community.’