A Pussy Riot protester is fighting for his life after he was allegedly poisoned following a protest during the World Cup in Russia.

Pyotr Verzilov, one of Pussy Riot’s founding members, is in a ‘grave condition’ in a Moscow hospital with doctors allegedly refusing to give details of his condition to his family and girlfriend.

The 30-year-old fell into a coma after being taken to hospital, relatives say.

His 21-year-old model girlfriend Veronika ‘Nika’ Nikulshina called medics after he went into ‘convulsions’ and became ‘delirious’ on Tuesday.

Nikulshina, who is also a Pussy Riot member, said Verzilov’s symptoms included losing his eyesight and ability to speak. 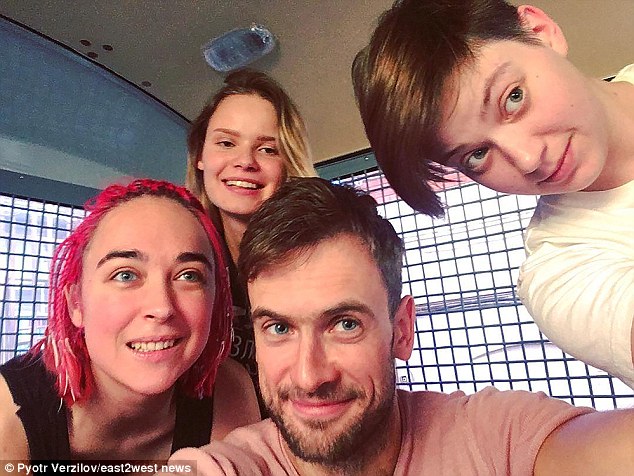 Pyotr Verzilov (pictured centre, with other Pussy Riot activists) is fighting for this life after he was allegedly poisoned following a protest during the World Cup in Russia

She said Verzilov was being treated in the toxicology unit of a Moscow hospital, indicating a suspected poisoning.

‘From 8 to 10pm he was gradually getting worse. At first it was about his eyesight, then speech, then ability to walk straight’, Nikulshina said.

They ran onto the field wearing police uniforms, briefly interrupting the match between France and Croatia.

Pussy Riot said they were protesting excessive police powers in Russia. The group also demanded freedom of speech in Russia.

For years he has been a thorn in Putin’s side. His relatives and friends fear he is the latest victim of poisoning in Russia.

Respected Moscow journalist Alexey Venediktov posted: ‘Verzilov is in intensive care. Nobody is allowed to see him.’ 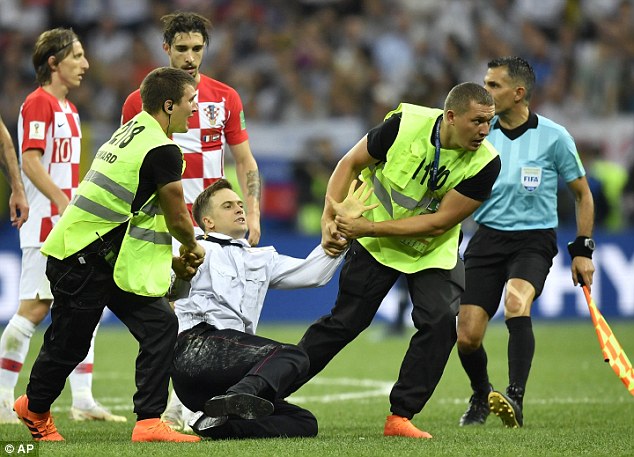 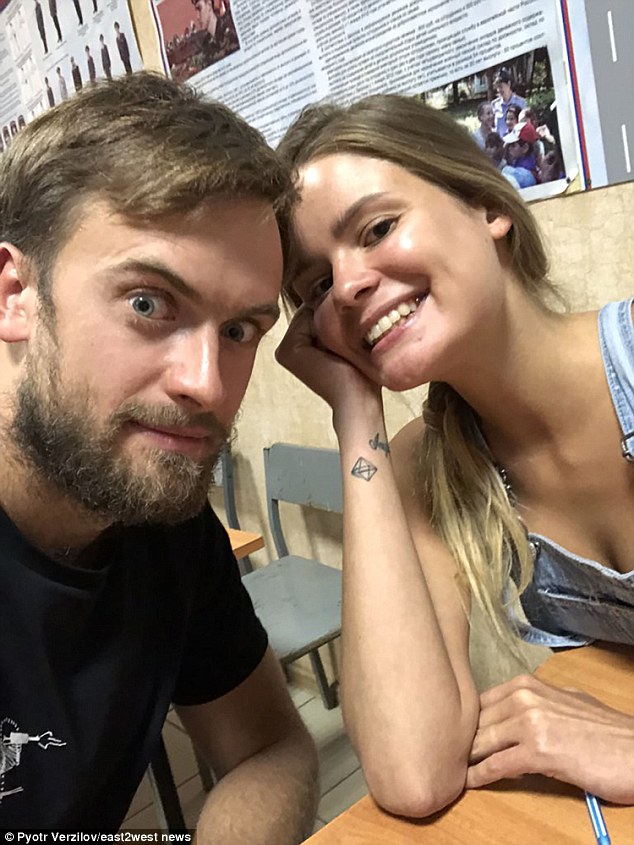 Verzilov – who has Canadian as well as Russian citizenship – became ill after attending a court hearing and has been in hospital for two days, but his condition was only disclosed over overnight.

He is being treated by toxicology specialists at Bakhrushin City Clinical hospital iin Moscow.

Maria Alyokhina, 30, jailed with Tolokonnikova for an anti-Putin stunt run a Moscow cathedral, said: ‘Petya is in intensive care in bad state, it is kind of hell…’

Nikulshina, an economic student, model and protester, said Verzilov became ill after seeing friends following a court hearing into a case against her.

He complained of tiredness and became nervous and anxious, she said. 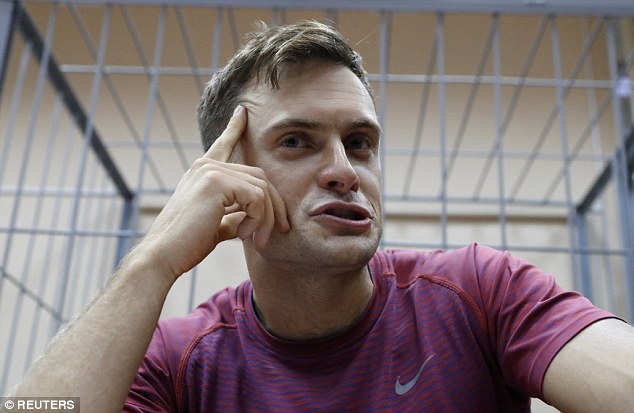 ‘When the ambulance arrived, he answered their questions and said no to everything – he did not eat anything, he did not take any medicine,’ she said.

‘He was quickly getting worse, he had convulsions. On the way to the ambulance he started to rave.

‘He was in a kind of semi-conscious condition, he stopped recognising me.’

He was moved to the toxicology department, but doctors refused to explain anything to Nikulshina on the suspected poisoning because ‘the status of a girlfriend does not give me any rights.’

She was told only that his condition was ‘grave’ .

But Verzilov’s mother was also blocked from seeing her son.

‘She was told that they were not allowed to disclose any information,’ said a relative.

‘They were rude and sent her away. They said they could not let her in. 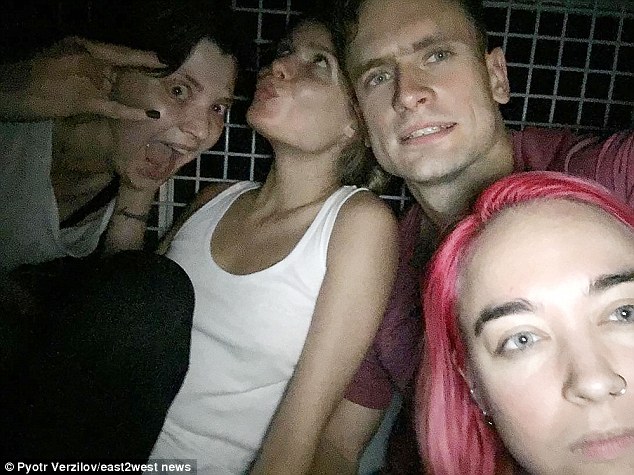 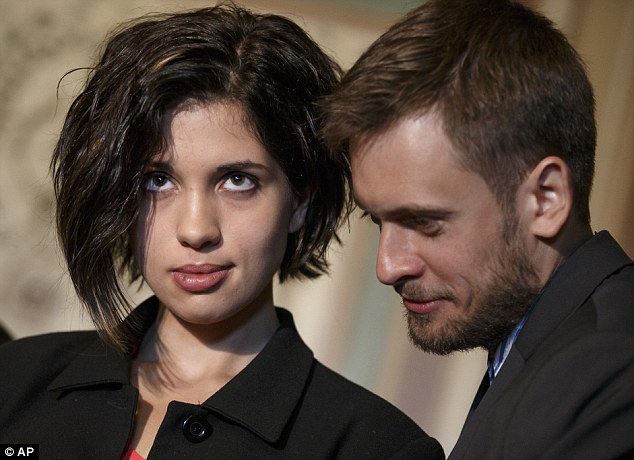 ‘They pointed at the paper that they could not say anything before the patient signs it – and he was in coma.’

On Monday Nikulshina and a friend were detained in a car.

Pussy Riot claimed in a tweet: ‘Moscow police is now claiming that Nika and her friend were refusing to agree to a ‘terrorist check’ of their car – and they had to be arrested. Crazy accusations!

‘The girls have been arrested in their car for absolutely NOTHING. Moscow police is still mad after the World Cup action.’

Both Verzilov and his girlfriend were jailed for 15 days after their World Cup protest.

Verzilov became known in late 2000s as a member of ‘Voina’ (War) group together with his then wife Nadya Tolokonnikova, another Pussy Riot activist. They had a daughter together.

Alyssa Milano Blasts Those Criticizing Her Crochet Face Mask: It Has Carbon Filter In

Reese Witherspoon Confirms ‘Legally Blonde 3’ Is in the Works