Putin critic Alexei Navalny has lost his appeal against a nearly three-year jail term after a Moscow judge defied calls from Europe’s top human right’s court to free him.

The judge decided to count six weeks Navalny was under house arrest as part of the time served, so he will now be imprisoned for just over two-and-a-half years in a penal colony.

Navalny, a 44-year-old anti-corruption campaigner who has emerged as President Vladimir Putin’s most prominent opponent, was arrested in January when he returned to Russia after months in Germany recovering from a nerve agent poisoning he blames on the Kremlin. 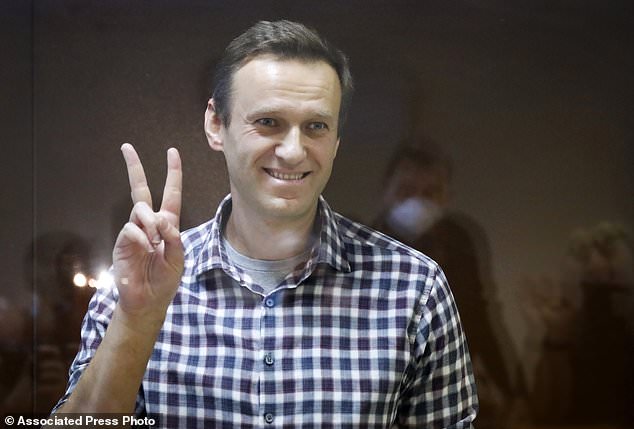 He was detained for violating parole conditions of the 2014 suspended sentence and it was then turned into a custodial sentence.

Navalny and his supporters say the rulings and several other cases against him are a pretext to silence his corruption exposes and quash his political ambitions.

He was due in court again later Saturday in a another trial where he is accused of defamation for calling a World War II veteran a ‘traitor’ after he appeared in a pro-Kremlin video.

Prosecutors have called for Navalny to be fined the equivalent of $13,000 in that case.

They also want his 2014 sentence turned into real jail time because the alleged defamation took place while he was serving the suspended term.

The ruling by the European Court of Human Rights that was posted on Navalny’s website on Wednesday demands that Russia set him free immediately and warns that failing to do so would mark a breach of the European human rights convention.

Russian authorities have rejected the accusation.

The ECHR pointed to Rule 39 of its regulations and obliged the Russian government to release Navalny, citing ‘the nature and extent of risk to the applicant’s life.’

‘This measure shall apply with immediate effect,’ the Strasbourg-based court said in a statement. 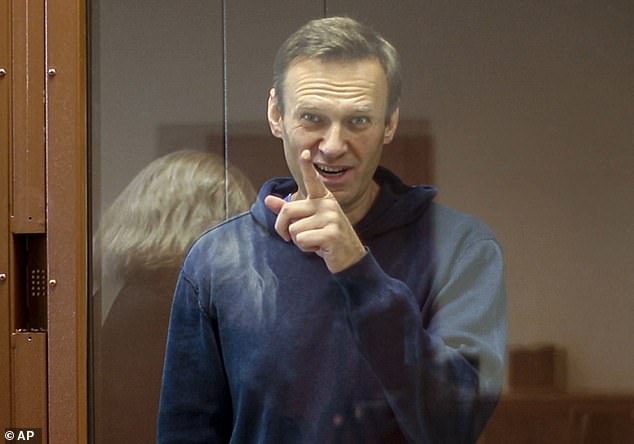 The court noted that Navalny has contested Russian authorities’ argument that they had taken sufficient measures to safeguard his life and well-being in custody following the nerve agent attack.

The Russian Justice Ministry warned in a statement carried by the Tass news agency that the ECHR’s demand referencing the rule would represent a ‘crude interference into the judicial system’ of Russia and ‘cross the red line.’

It emphasised that ‘the ECHR can’t substitute a national court or cancel its verdict.’

In the past, Moscow has abided by the ECHR’s rulings awarding compensations to Russian citizens who have contested verdicts in Russian courts, but it never faced a demand by the European court to set a convict free. 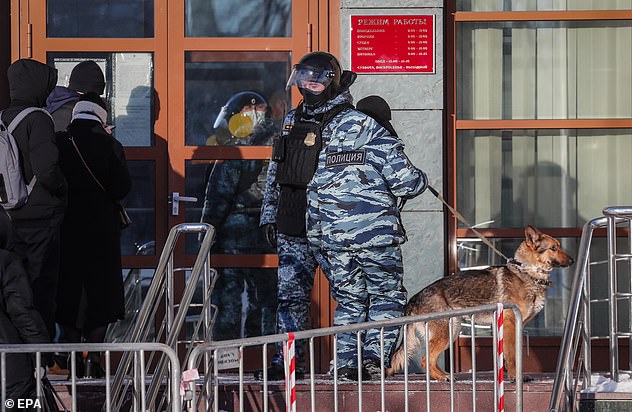 In a reflection of its simmering irritation with the European court’s verdicts, Russia last year adopted a constitutional amendment declaring the priority of national legislation over international law. Russian authorities might now use that provision to reject the ECHR’s ruling.

Mikhail Yemelyanov, a deputy head of the legal affairs committee in the Kremlin-controlled lower house of parliament, pointed at the constitutional change, noting that it gives Russia the right to ignore the ECHR’s ruling, according to the Interfax news agency.

Navalny’s arrest and imprisonment fueled a wave of protests across Russia. Authorities responded with a sweeping crackdown, detaining about 11,000 people, many of whom were fined or given jail terms ranging from seven to 15 days.

Russia has rejected Western criticism of Navalny’s arrest and the crackdown on demonstrations as meddling in its internal affairs.