A DRAMATIC last-ditch bid to avert war between Russia and Ukraine has been rejected by Vladimir Putin, with fears conflict is now inevitable.

In an address early on Thursday morning, Ukrainian President Voldymyr Zelenskyy warned the "trigger" for a Russian invasion could appear at "any minute". 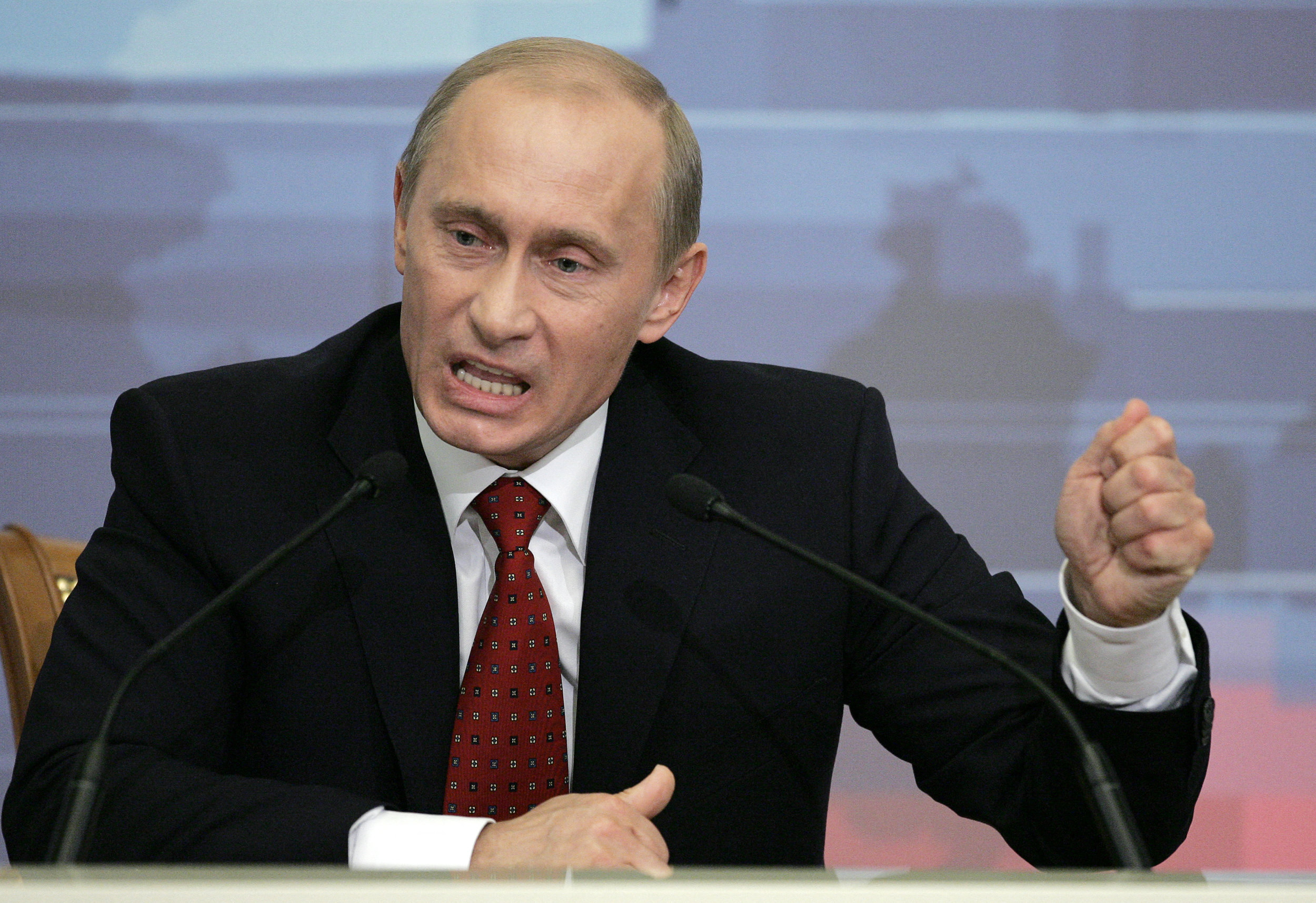 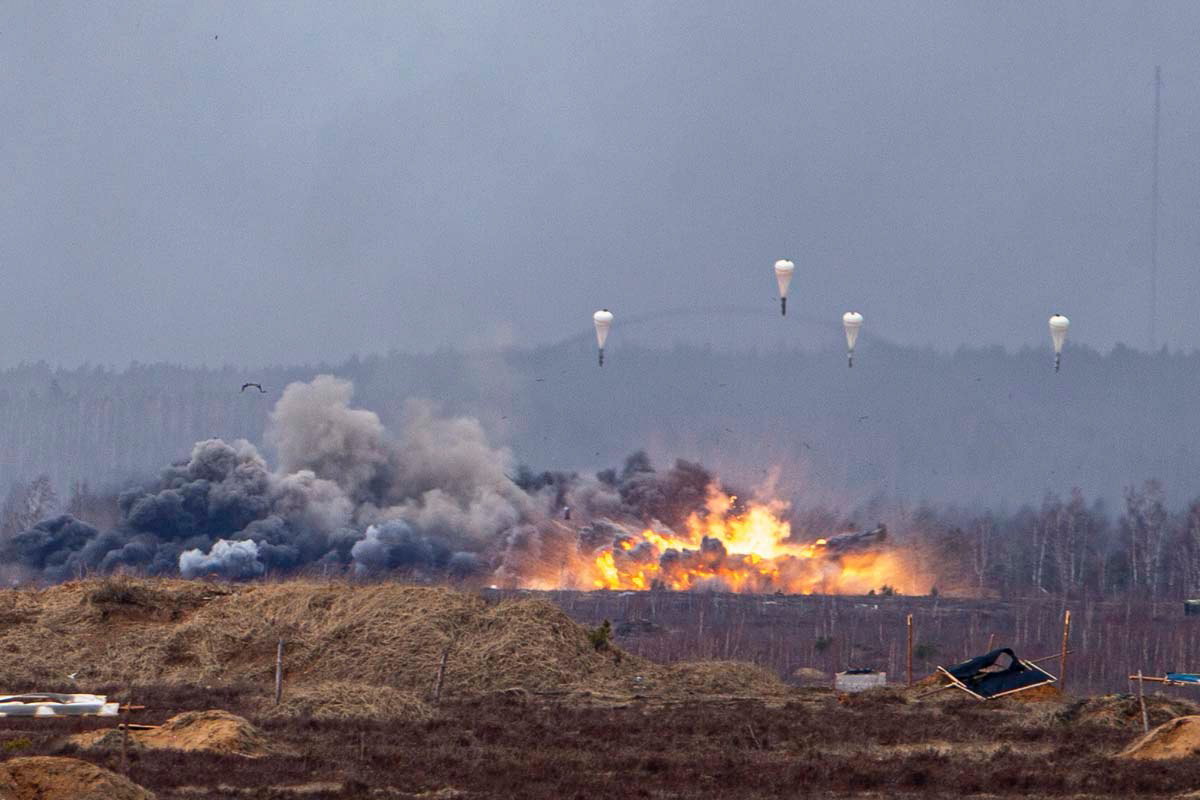 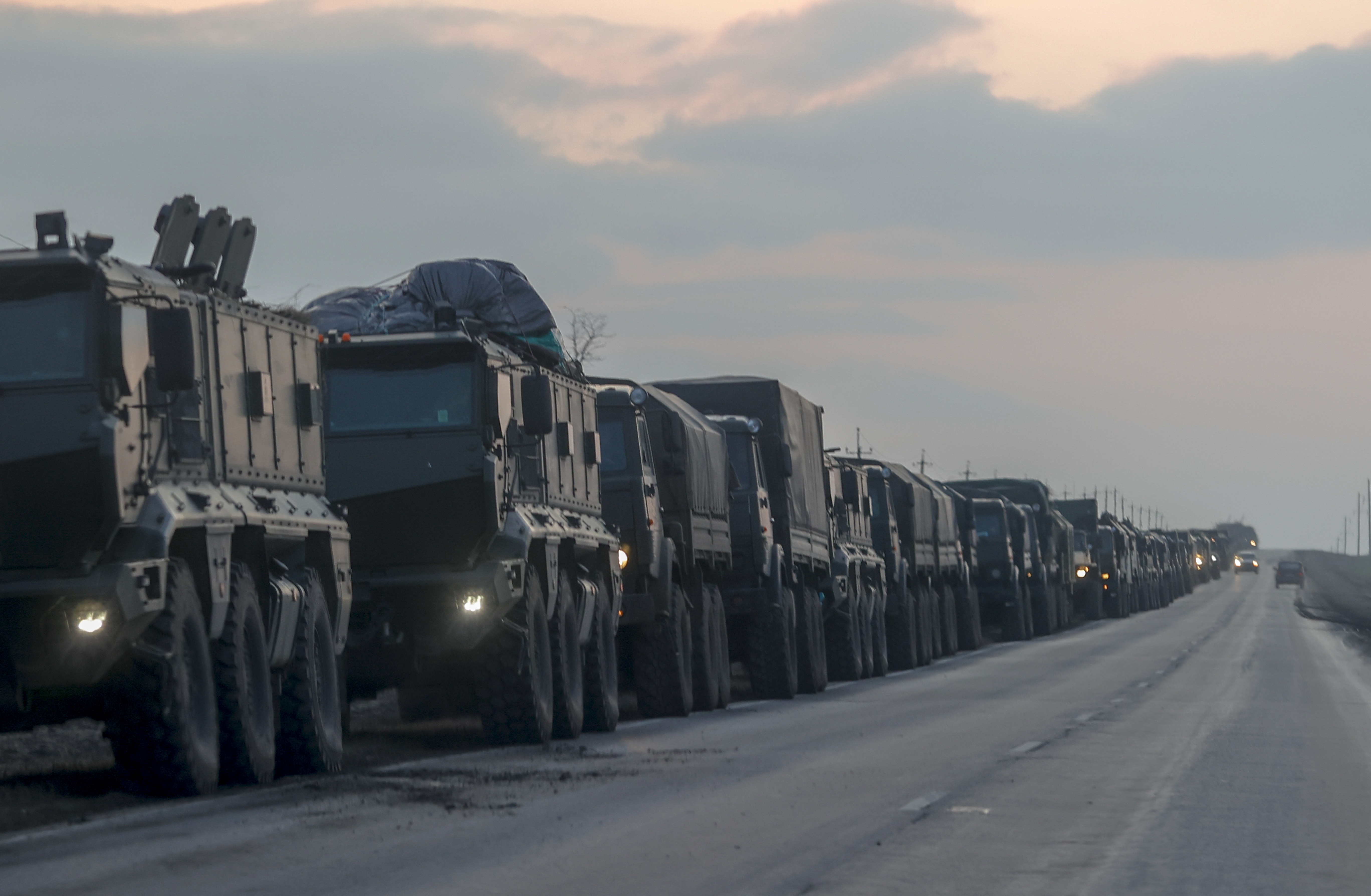 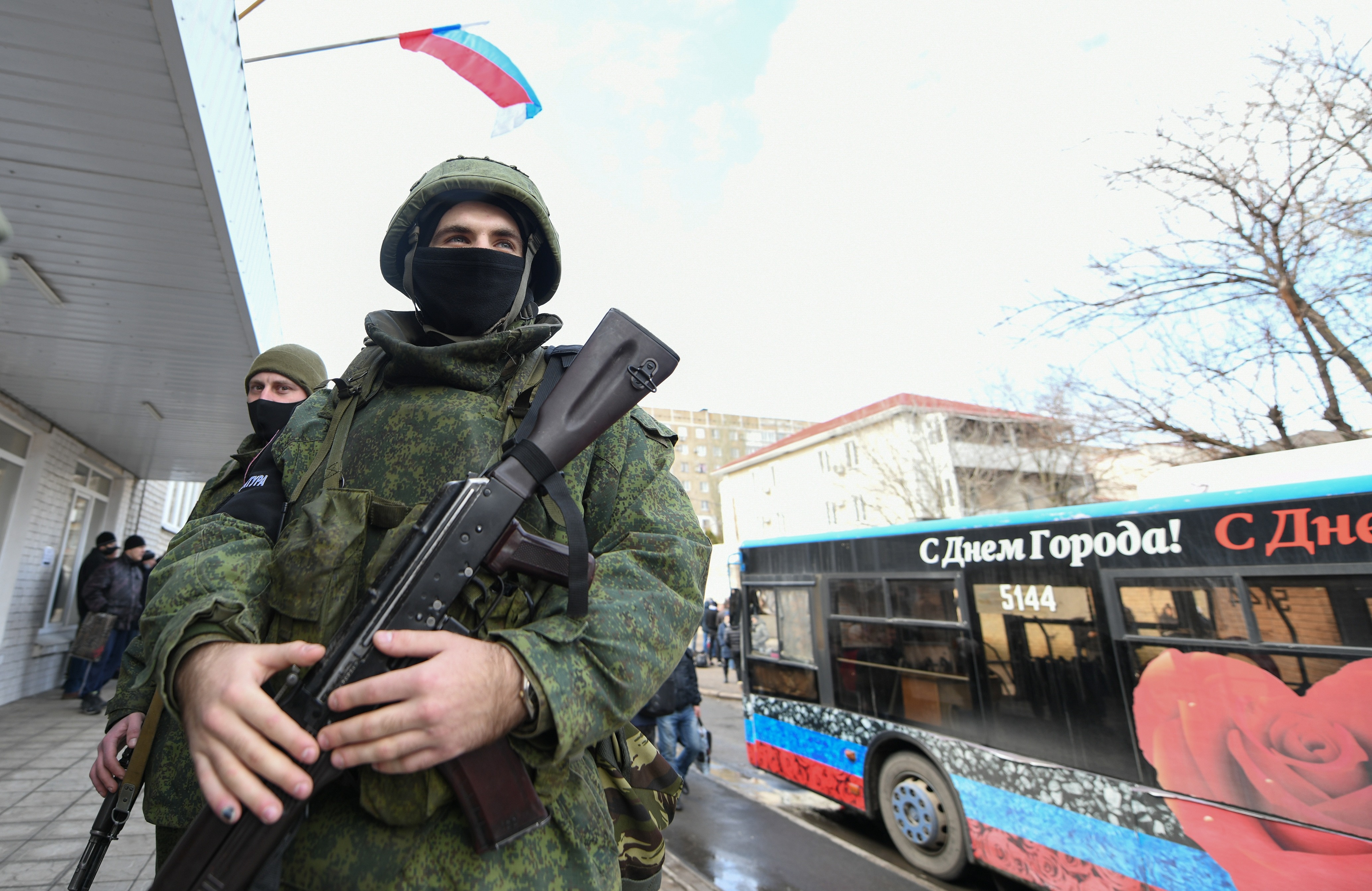 Zelenskyy was speaking as Russia appeared poised to invade his country, with up to 200,000 Russian troops on the border and around 10,000 "peacekeeping" forces already inside two breakaway pro-Russian provinces.

Speaking in the video posted on his official Facebook account, Zelenskyy claimed that "the Ukrainian people want peace," adding that his government was "doing everything it can to build it".

He accused President Putin of approving an invasion, and, addressing the people of Russia in Russian, said: "Any spark could burn everything down.

"You are told that this flame will liberate the people of Ukraine, but the Ukrainian people are free."

He said he had tried to call Putin but that "the result was silence".
Zelenskyy said Russia's leadership had "approved" for their troops to enter his country illegally, adding: "This step can become a beginning of a great war at the European continent."

With tensions between Kyiv and Moscow at their worst in eight years, Zelensky said any Russian invasion "must be stopped before it is too late".

Addressing the Russian people again, he said whether or not war happens "depends only on you – the citizens of the Russian Federation". 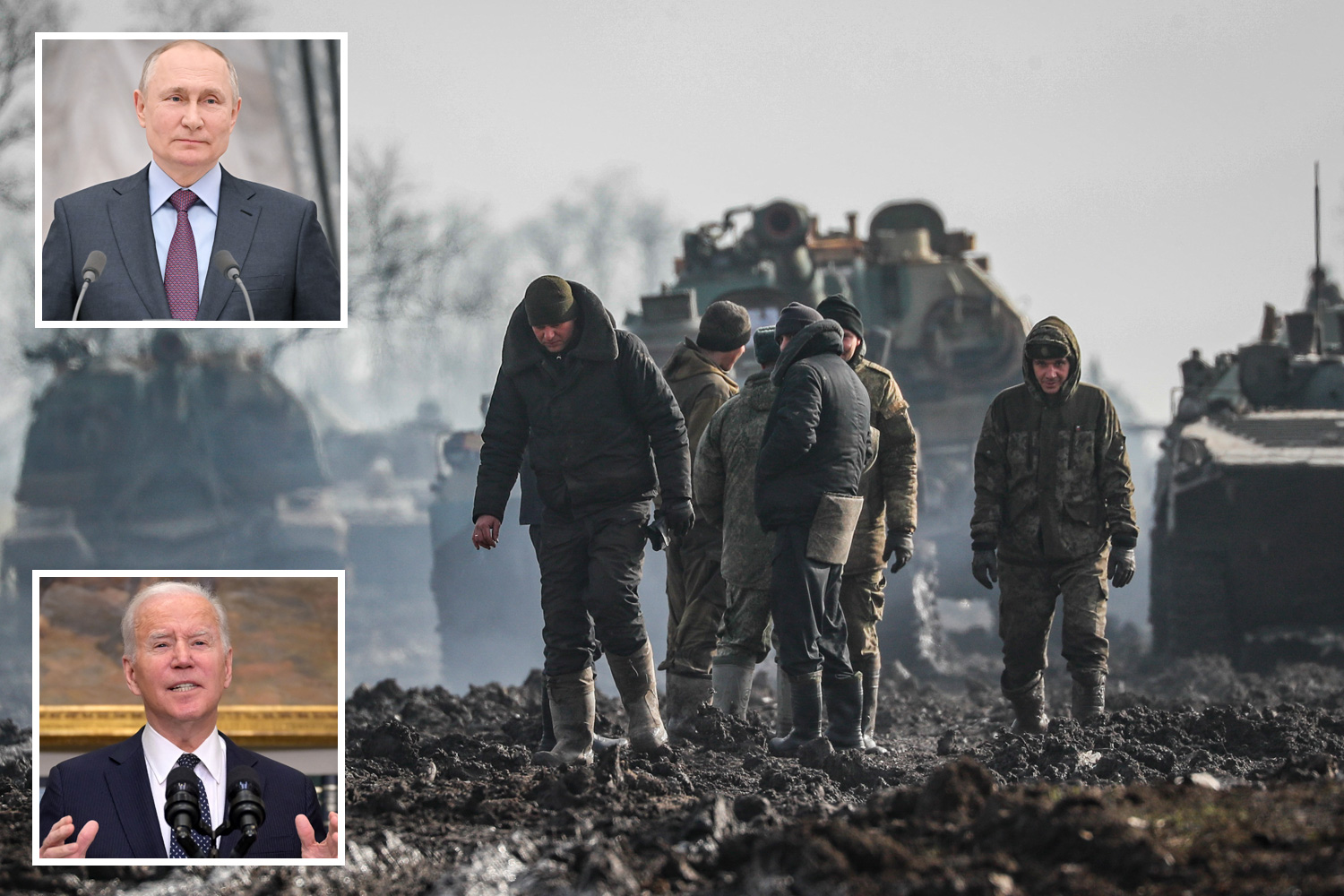 Putin to launch full invasion of Ukraine 'before night is over', US says 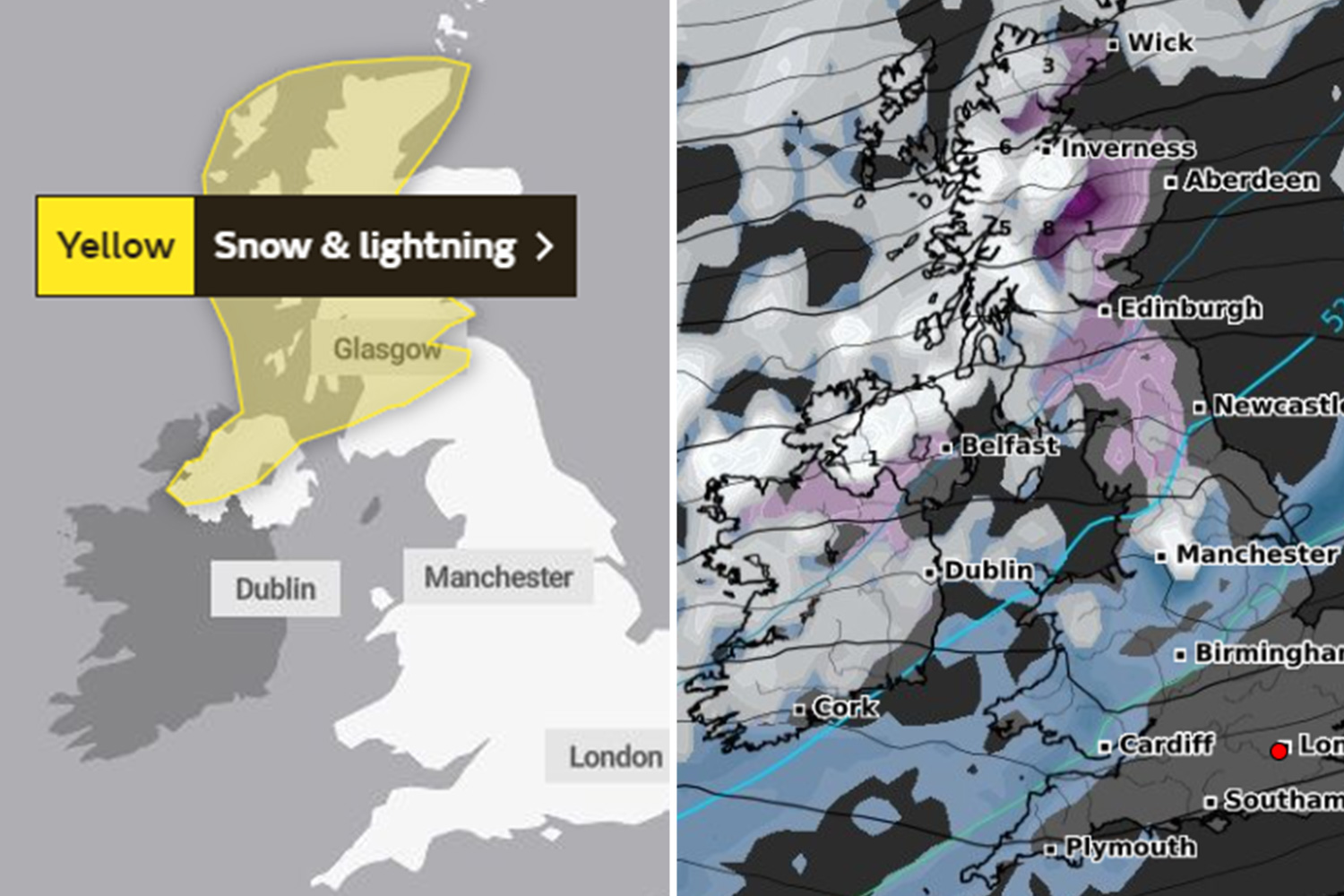 Thundersnow to strike Britain – maps show if YOU will see any 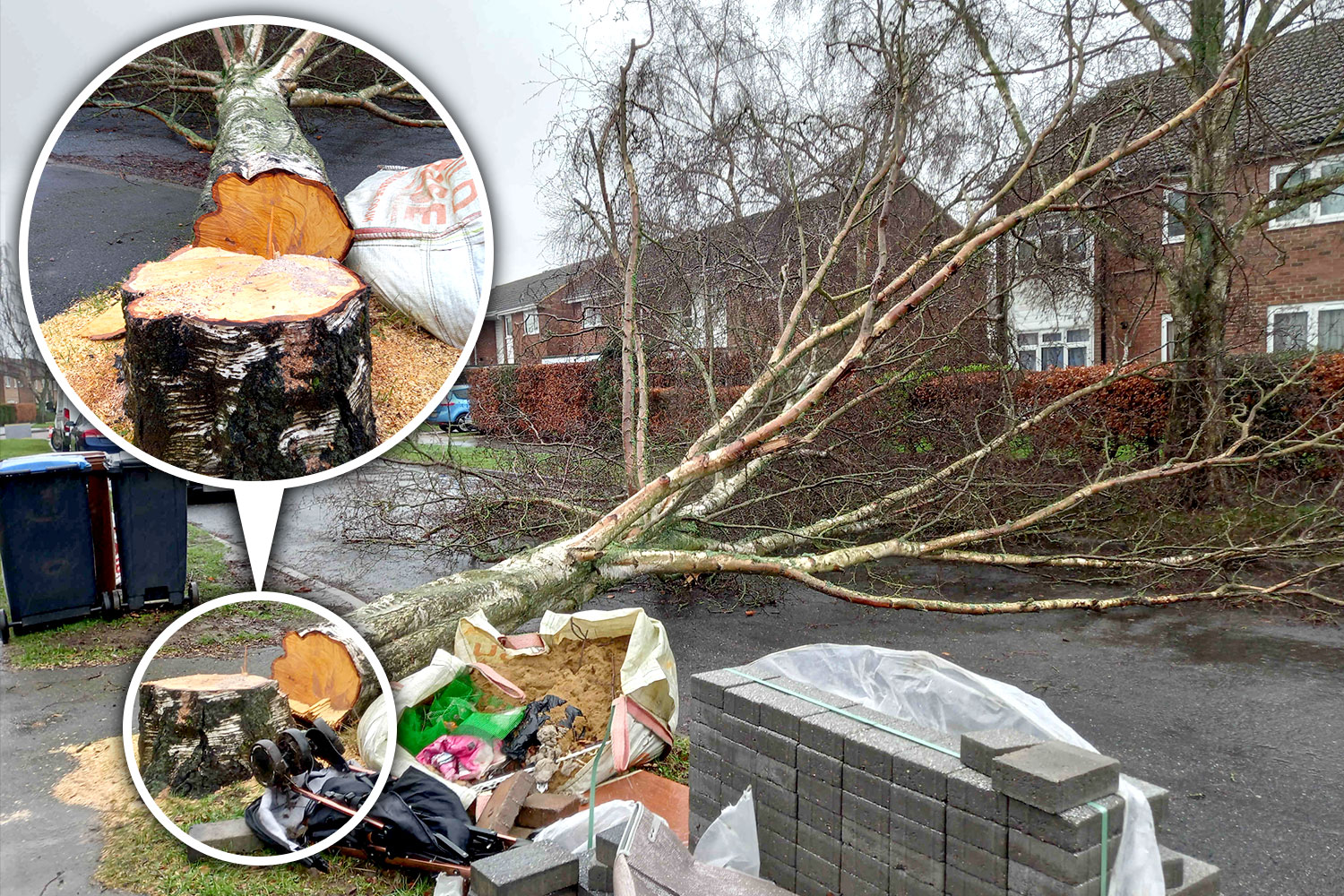 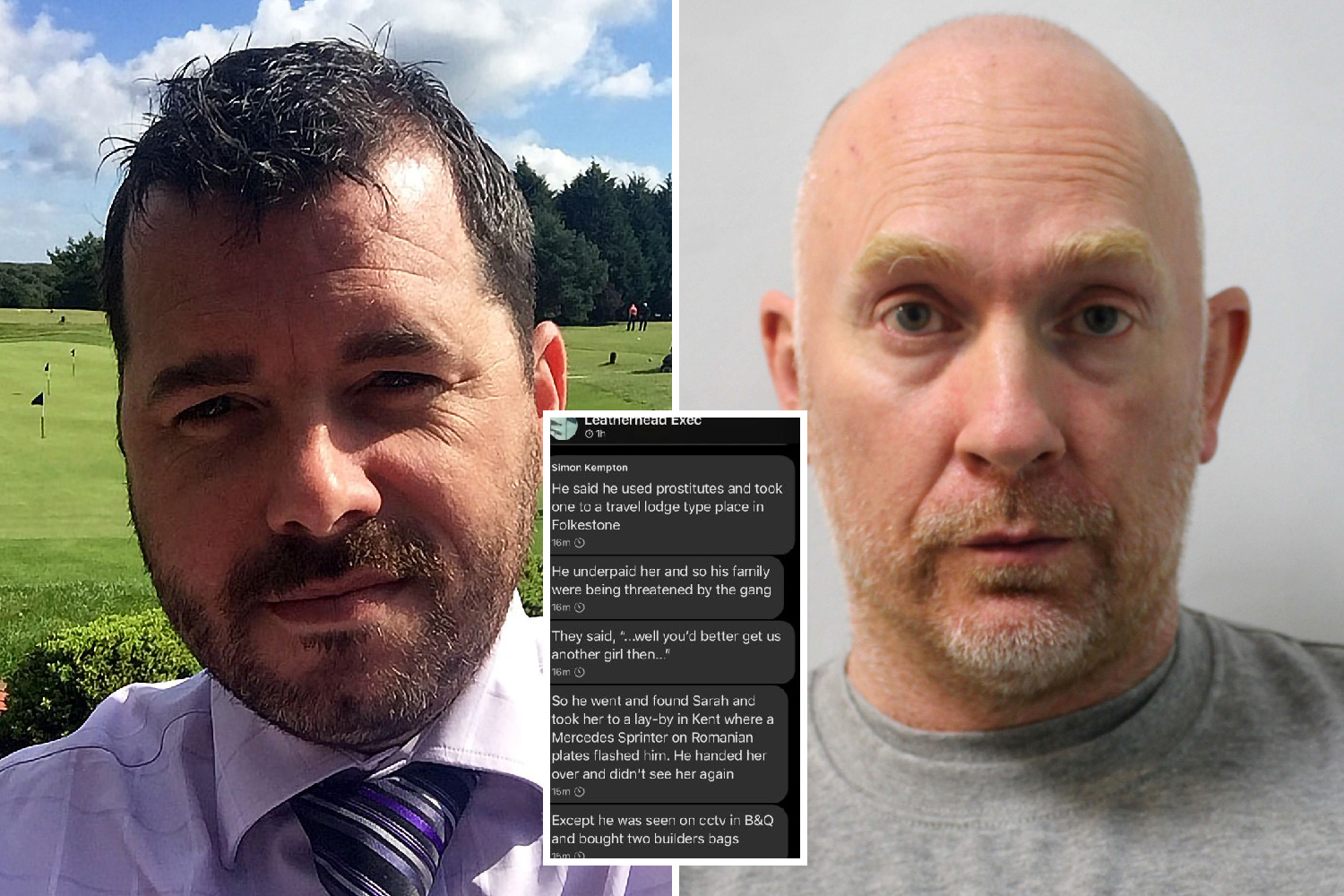 On Thursday morning, Russia issued a notice closing flight paths along its 2000km border with Ukraine, in another major provocation.

Russia issued a NOTAM (notice to airmen or notice to air missions) covering a corridor of territory where hundreds of thousands of Russian troops have gathered over the past few weeks.

The measures will remain in place until May 18.

In his address, Zelenskyy also rejected claims from Putin and hardline Russian nationalists that Ukraine is historically part of Russia.

"Neighbours always enrich one another culturally, but that does not make them one, does not dissolve us in you," he said.

"We are different. But it is not a reason to be enemies. We want to determine our history by ourselves. In peace, calm, and honesty."

Any spark could burn everything down

It comes as one of the United States' top diplomats warned that a full-scale Russian invasion of Ukraine would trigger one of the largest refugee crises in the world, displacing up to five million people.

Addressing the United Nations General Assembly, US ambassador to the UN Linda Thomas-Greenfield said that three million Ukrainians – half of them children or the elderly – already needed food, shelter, and emergency assistance.

"The tidal waves of suffering this war will cause are unthinkable," she went on.

On Wednesday, US military chiefs claimed that Russia would begin a full invasion of Ukraine in the next 48 hours.

"They are ready to go," he said. "They could attack at any time, with a significant military force." 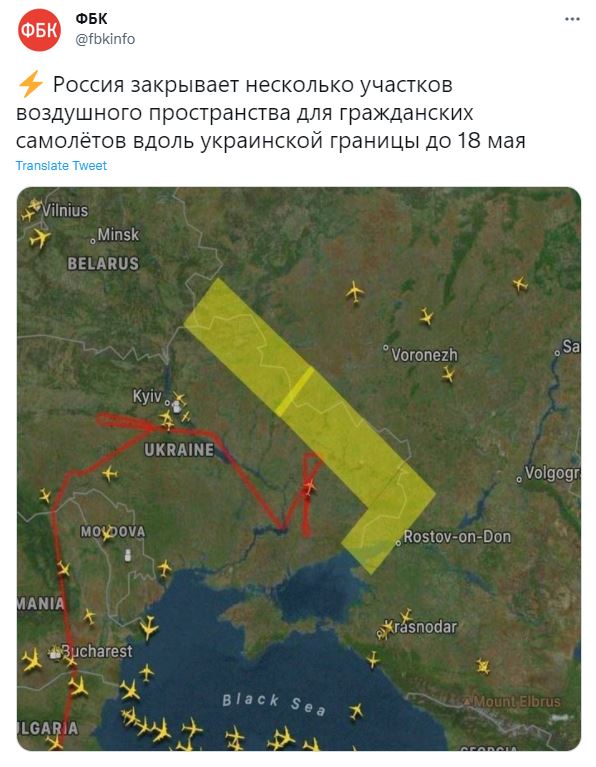 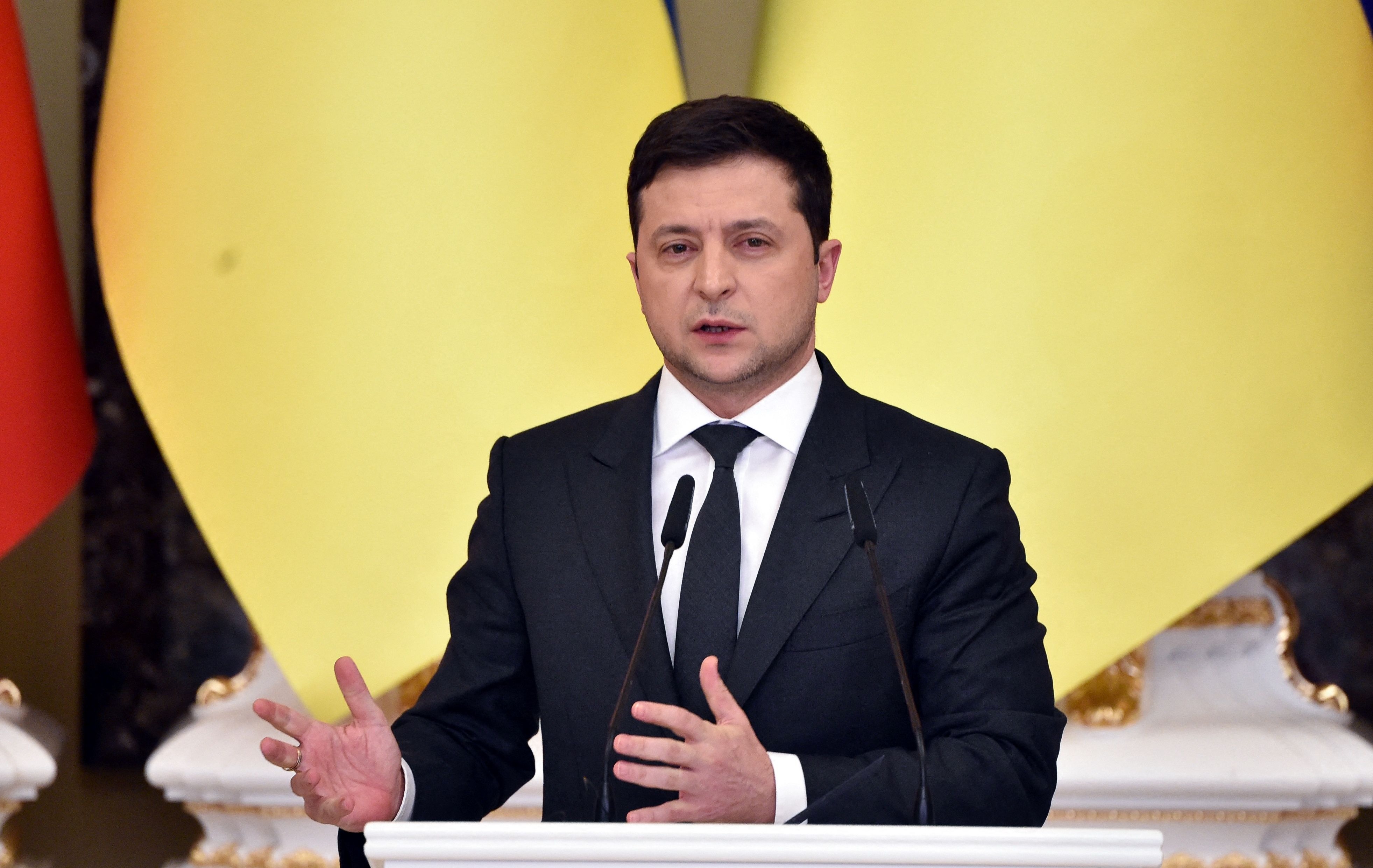 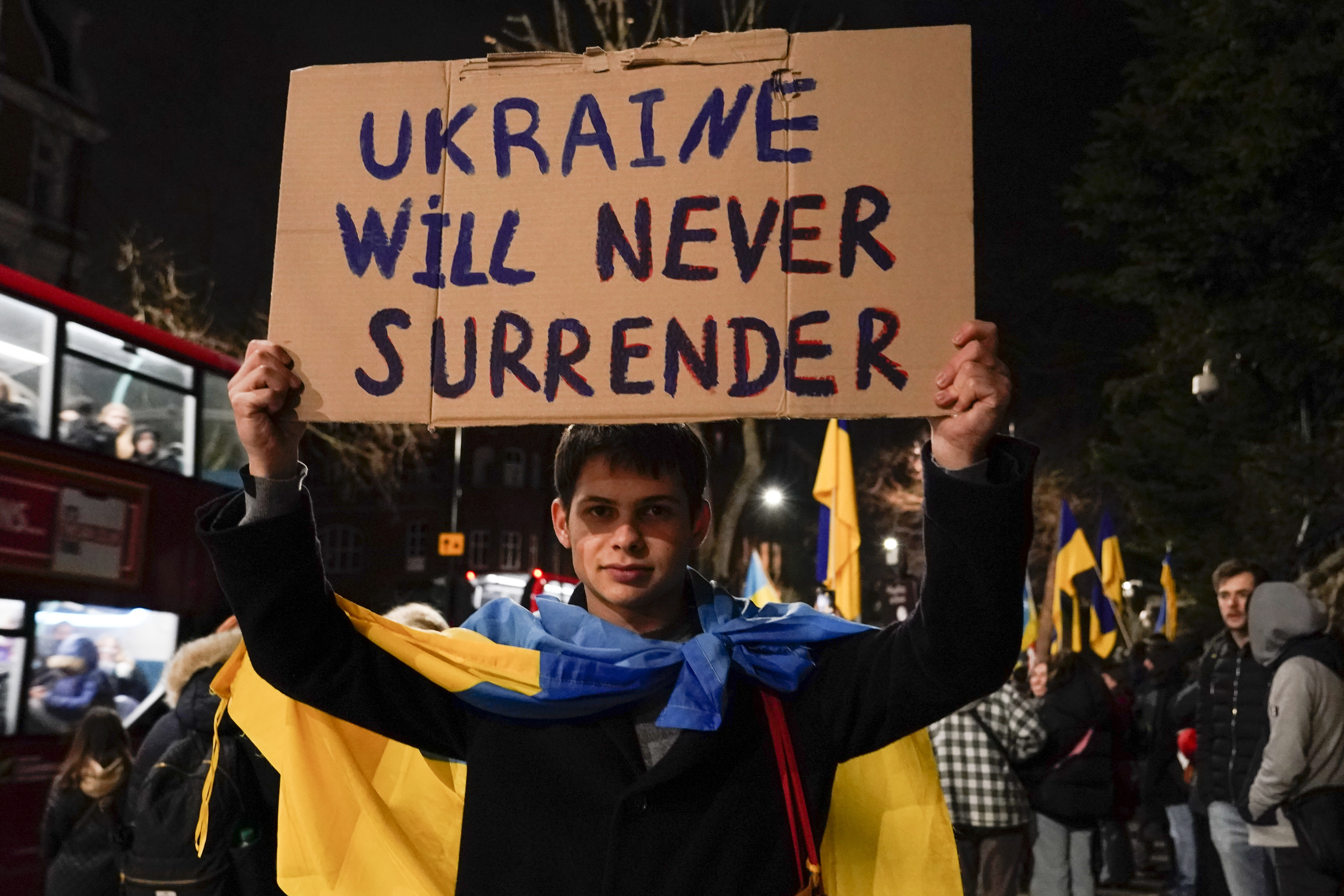 Kyiv is already under a state of emergency, with the rest of the country set to follow suit on Thursday.

Pro-Kremlin rebels have begged Putin to help them fight the Ukrainian army, in another terrifying escalation of hostilities.

Rebel militia claim they are at risk of a "genocide" in eastern Ukraine if Russia doesn't provide military support, in a move branded as a "false flag" by many Western governments, and a direct provocation for war.

In a speech, Putin's spokesman Dmitry Peskov confirmed the breakaway republics – recognised by Russia to global outcry on Monday- had requested protection.

He said: "As the aggression by the Ukrainian armed forces continues, civilian and industrial infrastructure, schools, hospitals, kindergartens are being destroyed in the republics.

"Actions by the Kyiv regime show that it is unwilling to end the war in Donbas.

"Kyiv continues to increase its military presence on the contact line, receiving comprehensive support, including military support, from the US and other Western countries."

He added that Russian troops are operating with the "purpose of preventing victims among peaceful residents and a humanitarian catastrophe".