MUSCAT (Reuters) – Qatar Airways threw its support behind Boeing on Monday as the U.S. planemaker faces its biggest crisis in years after two deadly crashes of its flagship 737 MAX jet. 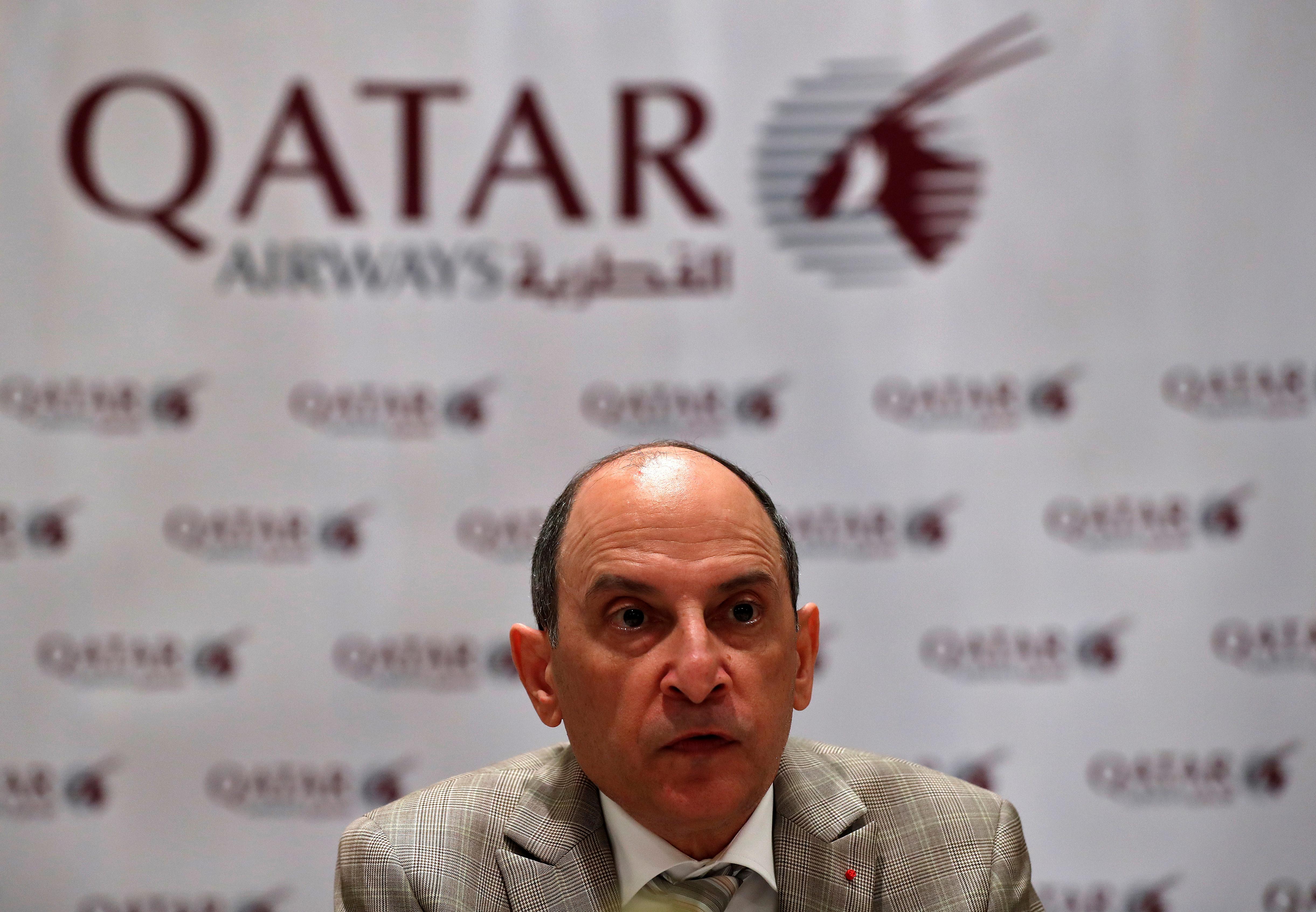 Regulators grounded the worldwide MAX fleet after an Ethiopian Airlines MAX crash killed all 157 people on board this month, wiping 14 percent off shares in the world’s biggest planemaker.

“As far as I am concerned, I have full confidence in Boeing and their ability to resolve any technical issue,” Qatar Airways Chief Executive Akbar al-Baker told reporters in Muscat.

Qatar Airways, one of the largest Middle East carriers, is a major Boeing customer. It has ordered 20 MAX jets and committed to buying a further 40. It has taken delivery of five of the aircraft, according to Boeing’s website.

Baker has a reputation for heavily criticizing aircraft manufacturers. It ordered the MAX jets after a dispute with Airbus over an order for their similar sized A320neo aircraft.

The airline will delay the April delivery of a single MAX jet until the cause of the crash is known, Baker said.

“I am sure that the aircraft will get back into the skies soon and that Boeing will get to the bottom of what happened and if there is something technical wrong that they will find a fix for it,” he said.

Attention has focused on the anti-stall system, known as MCAS, and the sensors that activate it. MCAS pushes the plane’s nose down if it believes it is ascending at too steep an angle.

Qatar Airways will attend a Boeing briefing this week on software and training updates for the MAX, Baker said.

The MAX is an upgrade to Boeing’s best-selling 737 narrowbody jet and only entered service in 2017. Boeing has booked MAX orders worth more than $500 billion at list prices.

The Ethiopian crash is the second fatal crash involving the MAX jet. In October, a MAX operated by Indonesia’s Lion Air fatally crashed killing all 189 on board.

Baker said he believed the worldwide grounding was driven by public perception. Passengers around the world asked airlines to change flights or refunds to avoid flying on the MAX after the Ethiopian crash.

“The regulator had to act to give confidence to the people, that the regulators were looking after their interests,” he said.

Michael B. Jordan Just Knocked Us All Out With This New Creed II Poster

6 Jacket Trends You'll Be Lusting After This Fall