Qatar’s central bank asks US to investigate Emirati bank accused of waging ‘financial warfare’ against it. 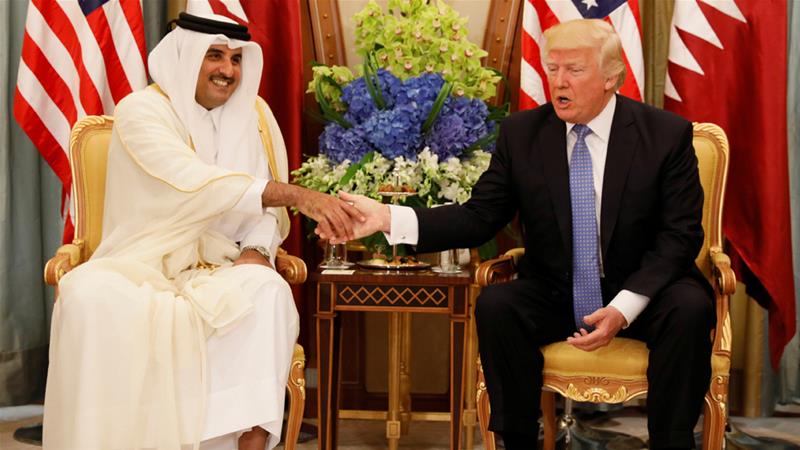 Qatar’s central bank has asked US regulators to investigate an Emirati bank that Doha accuses of waging “financial warfare” against it.

Qatar claims NBAD Americas, the US subsidiary of First Abu Dhabi Bank (FAB), is engaging in “bogus” foreign exchange deals intended to undermine the Qatari riyal and harm its economy.

FAB is the largest bank in the United Arab Emirates (UAE) and majority state-owned.

The Central Bank of Qatar’s law firm has written a letter to the US Treasury Department asking it to investigate the UAE bank for “financial warfare”.

“We believe NBAD has participated in an extraordinary and unlawful scheme to wage financial warfare against Qatar, including through the manipulation of Qatari currency and securities markets,” the law firm stated in a letter to the US Treasury dated February 26, which was seen by Reuters news agency.

“These actions should be halted immediately, and we ask that you investigate whether NBAD has directly or indirectly supported the manipulation of Qatar’s markets, including through NBAD America’s dollar-clearing or correspondent banking services in the United States,” the letter said.

The UAE – along with Saudi Arabia, Egypt and Bahrain – have imposed an economic blockade on Qatar since last June. The four countries accused Qatar of supporting “terrorism” – an allegation Qatar denies.

The news of alleged financial manipulation comes just days after US President Donald Trump fired former Secretary of State Rex Tillerson, who was a vocal critic of the blockade and seen as a “voice of moderation” on key foreign policy issues.

The blockading countries have refused to step down on their list of demands for Qatar, which include shutting down Al Jazeera and cutting ties with Iran.

“We know blockading countries and their agents are attempting to manipulate and undermine our currency, securities and derivatives, as part of a coordinated strategy to damage Qatar’s economy,” Sheikh Abdulla said in a press release last December.

“Until the illegal blockade is lifted, the Qatar Central Bank will work to ensure our financial sector and economy remains robust and stable despite the illegal actions of the blockaders.”

The alleged strategy involves trading the Qatari riyal at artificial prices lower than its official peg of 3.64 to the US dollar, which has held for more than a decade. In the early months of the blockade, the Qatari riyal traded as low as 3.8950 offshore.

In the letter to the US Treasury, Qatar’s lawyers said they suspected NBAD was driving the riyal lower during illiquid periods, such as Islam’s Eid al-Adha holidays last year, “reinforcing the manufactured narrative that Qatar’s currency was increasingly volatile and its economy was too unstable for investment”.

“NBAD’s quotes – and those of other banks involved in the manipulation – were likely all bogus,” the letter said, referring to foreign exchange quotes posted by NBAD.

Qatar’s central bank also pledged last November to satisfy any market demand for dollars and the riyal has since then rebounded in offshore transactions to trade close to its peg.

With more than $300bn in central bank reserves and sovereign wealth fund assets, many bankers in the region say Qatar is able to shield itself from any attack on its currency.