The Queen’s tribute to Grenfell: Her Majesty observes silence for 72 victims as social media praises her for wearing green on anniversary of fire

The Queen was today praised for wearing ‘green for Grenfell’ as she and Meghan Markle joined mourners in a 72-second silence for every victim of the blaze.

She and the Duchess of Sussex were on a visit to Chester as they observed the silence to remember the fatal fire which claimed 72 lives in West London. 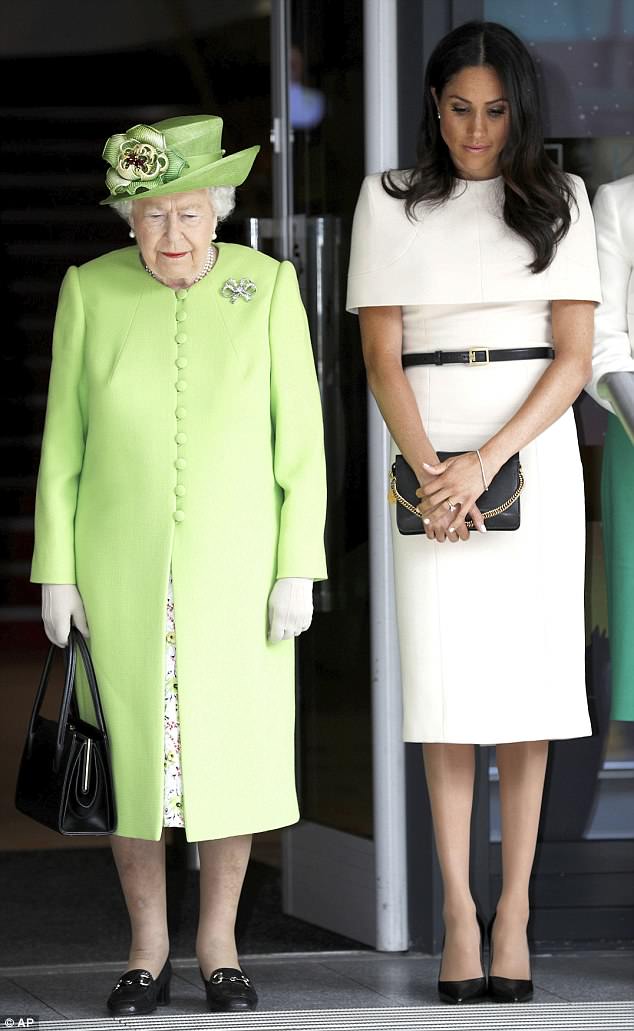 The Queen and Meghan, Duchess of Sussex observe a moment of silence in memory of the victims of the Grenfell Tower fire during a to visit Storyhouse Chester at noon today 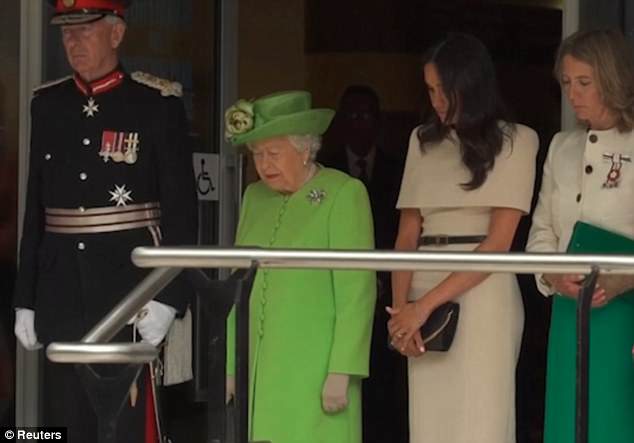 The Queen was applauded on social media for her choice of outfit, with one Twitter user saying ‘it can’t be a coincidence’ and another describing her as a ‘class act’.

Another said: ‘The Duchess of Sussex looks so beautiful and immaculate, as always. The Queen… so regal. I think her green outfit could well be a tribute to Grenfell.’

The Prince of Wales and Duchess of Cornwall also observed the silence at a civic reception at Cork City Hall today during their tour of the Republic of Ireland.

In West London at midday, silence fell over the streets surrounding Grenfell Tower as survivors and bereaved relatives led the national minute’s silence. 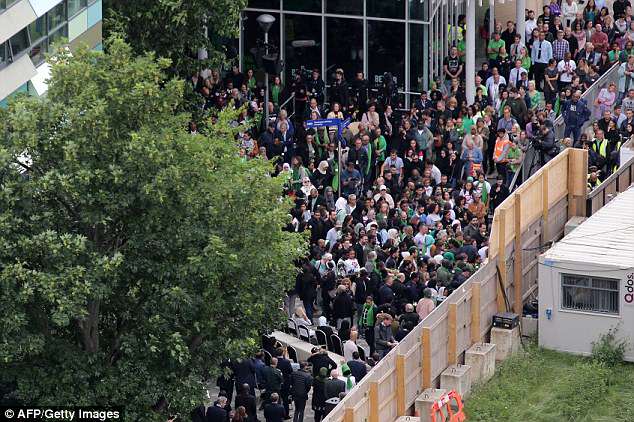 In the shadow of the tower huge crowds, all wearing green, stood at the wall of truth where they remembered the fallen

Those touched by the tragedy which claimed 72 lives gathered near the foot of the block today to pay their respects at a ceremony which was closed to the public.

Many arrived dressed in green, the colour that has come to symbolise the horror of June 14 last year, and the silence was observed across the country.

In Cheshire, the Queen carried her black Launer handbag and was wearing neutral gloves along with her trusty black patent Anello & Davide low block heels.

Meghan meanwhile wore a neutral fitted belted pencil dress by Givenchy, featuring an unusual cape shoulder detail, and had her hair down.

The monarch and her new granddaughter-in-law had arrived by train at Runcorn station to begin their trip to Cheshire before heading for the Mersey Gateway Bridge.

BBC One divorce drama The Split is getting a second series

Florence could cause dangerous surf and rip currents along East Coast

These Are the Exes You (and Ariana Grande) Forgot About In "Thank U, Next"