THE QUEEN spoke to Boris Johnson on the phone today as she continues to keep busy after resuming her duties following Prince Philip's funeral.

Her Majesty held her weekly audience with the PM, who is fighting a growing scandal over who paid for the refurbishment of his Downing St flat. 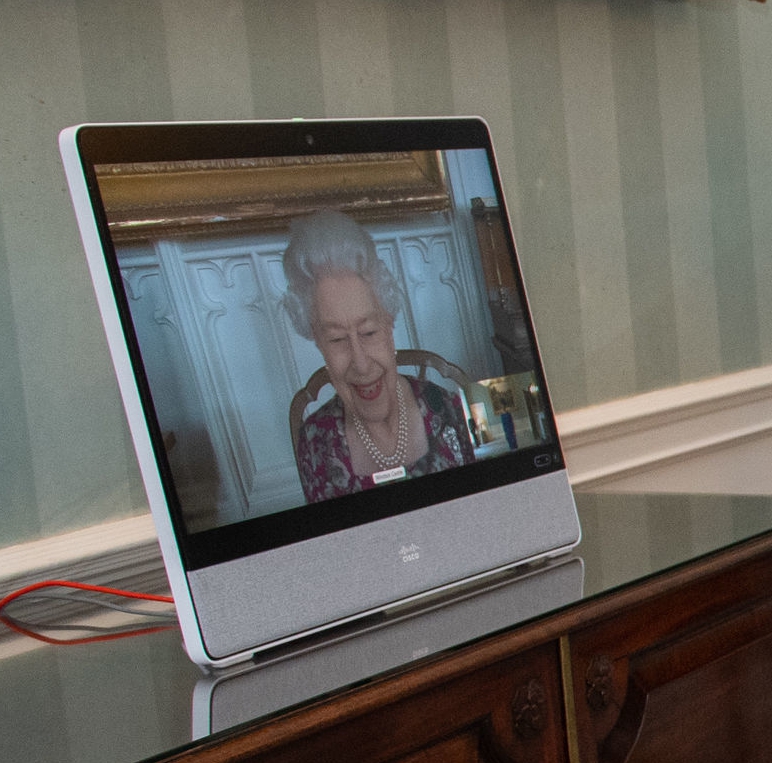 And she was later seen smiling during two virtual audiences, with the ambassadors of Mauritania and Slovenia, from her base at Windsor Castle,

She could be seen grinning on a computer screen, dressed in a dark pink floral dress, as she carried out her digital duties.

On top of that the monarch, who is 95, also held a Privy Council meeting of senior ministers today and received oaths of allegiance from two bishops.

The appointments show how she has been keeping busy since returning to work after the Duke of Edinburgh's funeral earlier this month.

She is now adjusting to life without her beloved consort of 73 years, who died on April 9 aged 99.

The Prince's funeral service was held a week later, on April 17, at St George's chapel in the grounds of Windsor Castle. 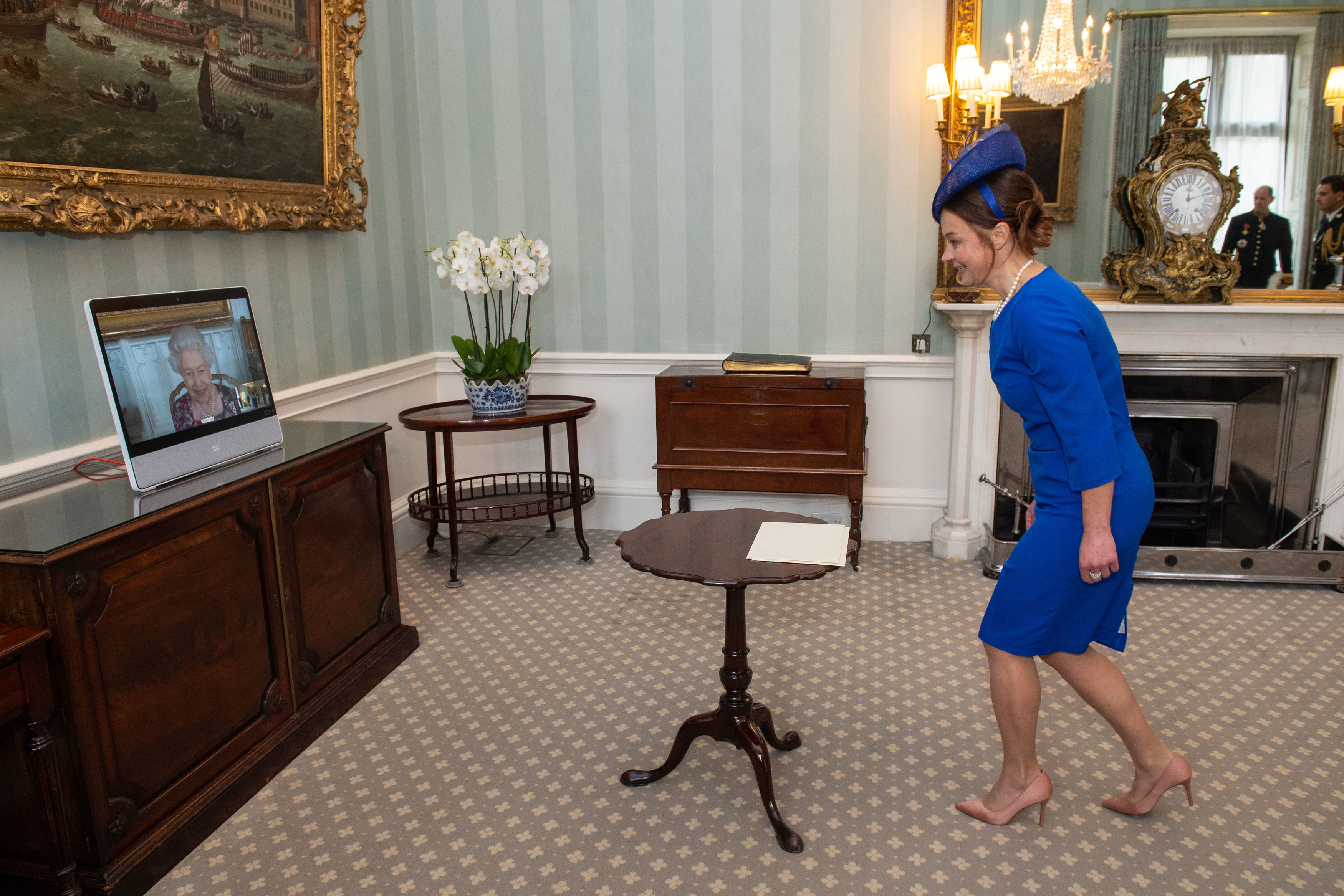 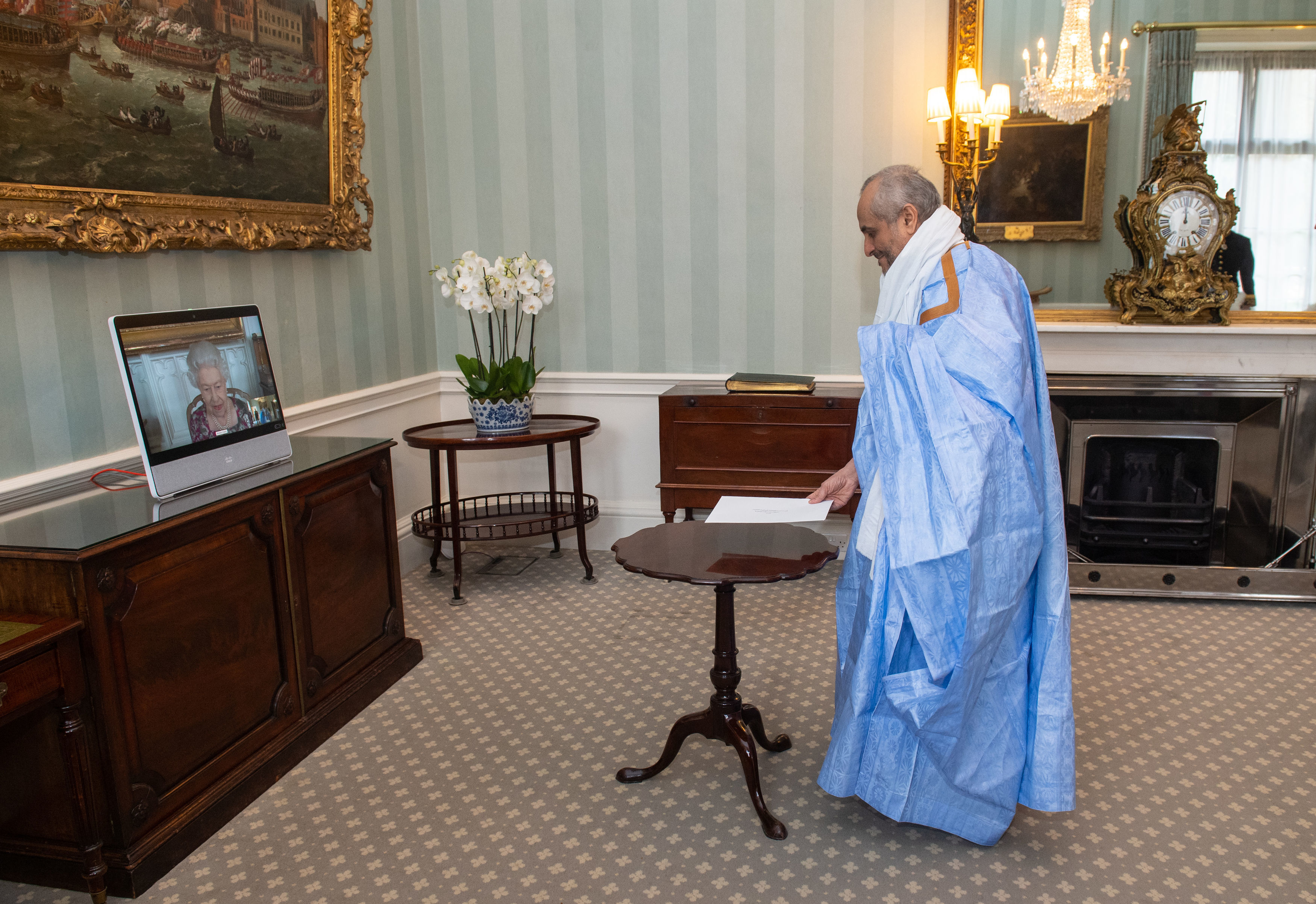 And just four days after that the Queen returned to work when she hosted a ceremony to mark the retirement of her household’s most senior official.

The first photos of her carrying out out an official public engagement since Philip's death were released on Tuesday.

She also held virtual audiences with new ambassadors on that occasion.

The Queen is the nation's longest reigning monarch and is set to reach her platinum jubilee next year.

She is known for her dedication to duty, even while mourning the loss of loved ones.

Her weekly audience with the PM came as he insisted there was "nothing to see here" in the major row over his Downing St flat renovation. 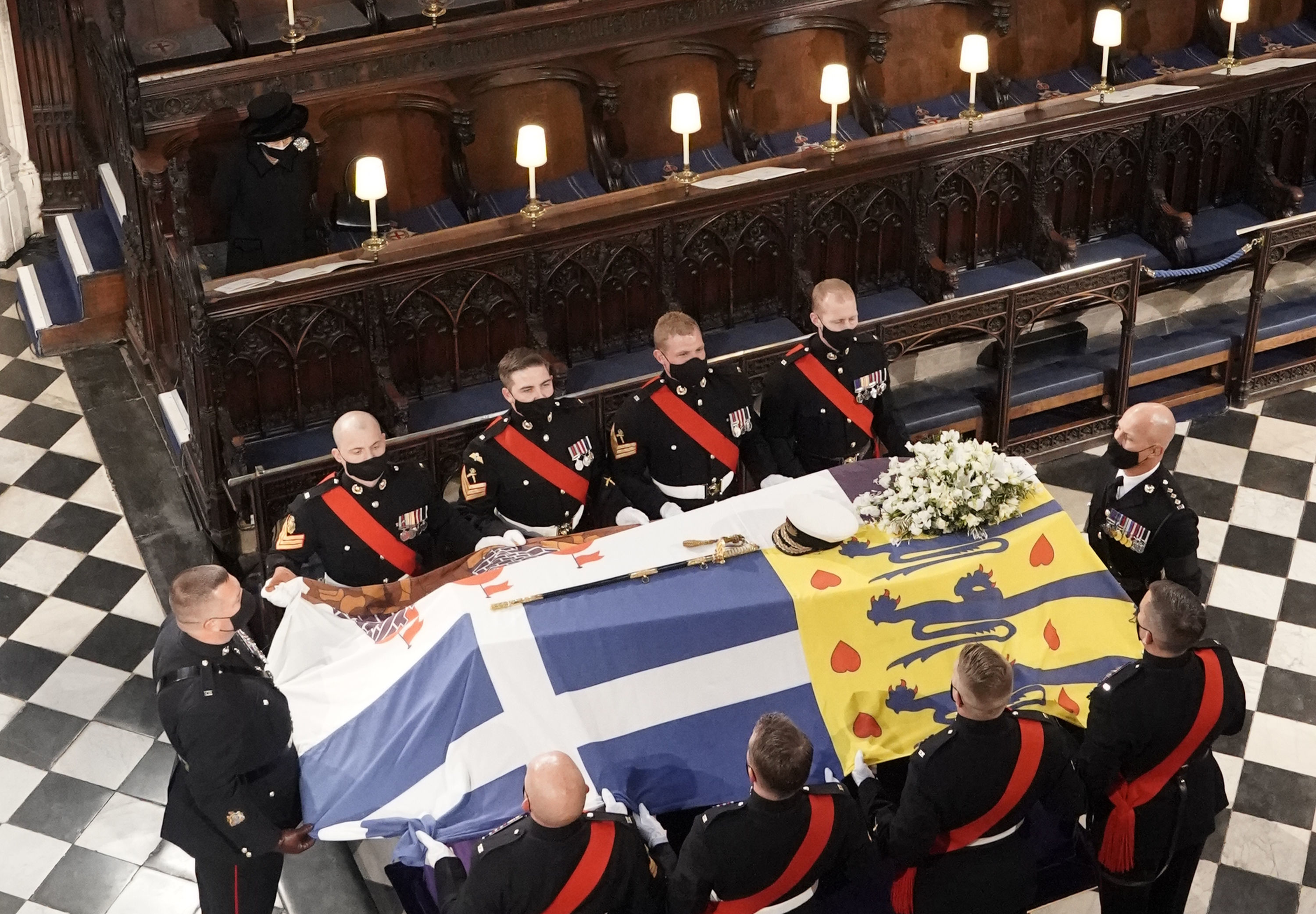 Boris today declared he "loves John Lewis" after claims he wanted to ditch his old furniture "nightmare" in the controversial No11 refurbishment.

And he insisted he'll comply with an Electoral Commission probe into who paid for the works, saying: "I don't think there's anything to see here."

The renovation of the flat, which reportedly features £800-a-roll wallpaper and trendy pink sofas, has sparked the biggest crisis of his premiership.

There have been reports his fiancé Carrie Symonds described the decor left behind by Theresa May as a "John Lewis nightmare".

During a visit to a West London school, the PM was asked what was wrong with the John Lewis furniture he and Carrie were apparently so keen to get rid of.

He replied: "Absolutely nothing! If there's one thing I object to in this whole farrago nonsense is that I have anything… I love John Lewis!" 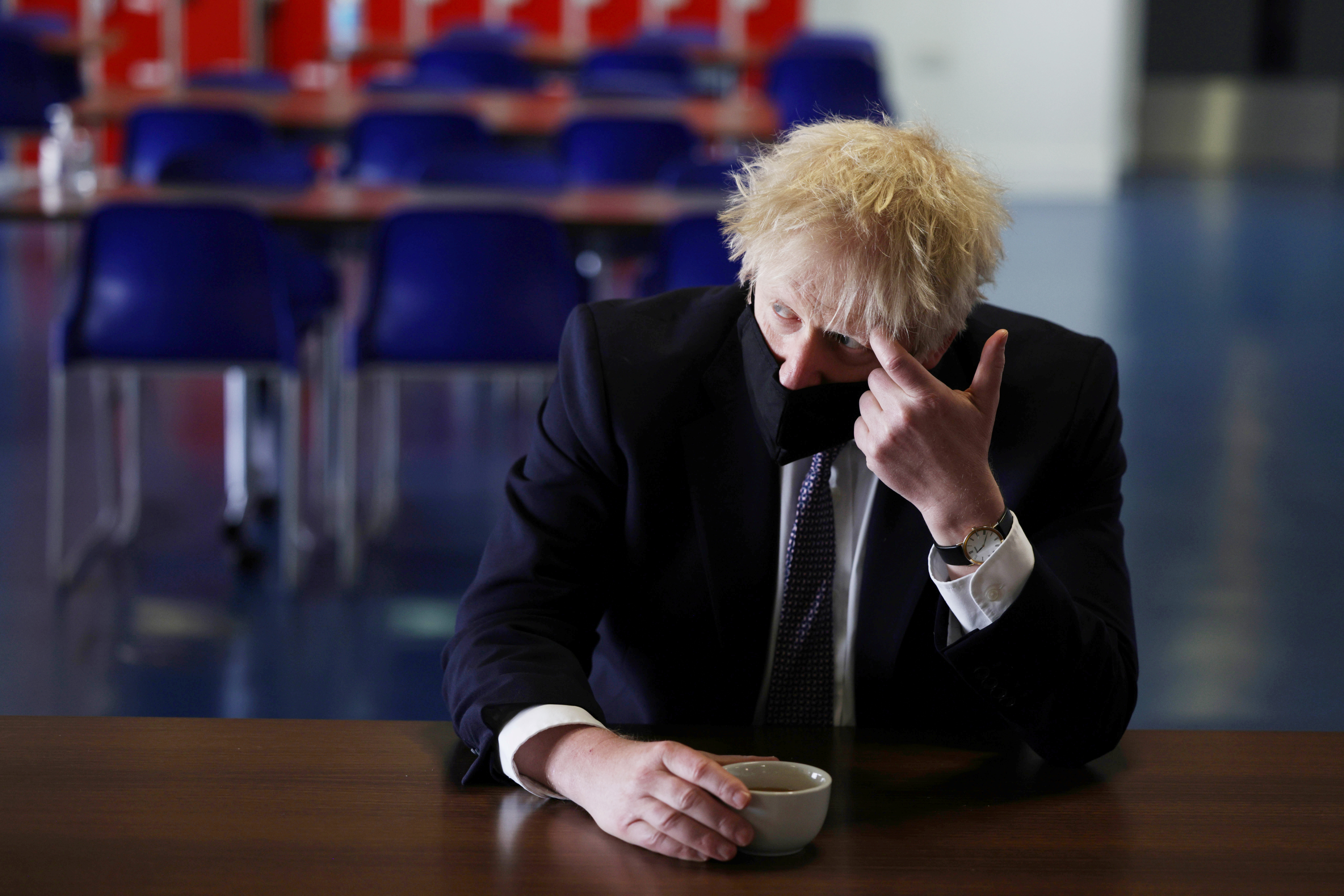 The much-loved British brand has been trolling the PM on Twitter with amusing messages.

Yesterday they showed a pic of a John Lewis van outside Downing Street, with a message saying: "Good thing we have a recycling service for old pre-loved furniture."

Also during his visit he went on it say that he thinks people want Government to focus on "their priorities" rather than endless rows about wallpaper.

He added: "And I know that people love these types of issues, and you just asked the sort of question I know Westminster people are interested in quite properly.

"We've got 8,771 more, we've beaten our target which was 6,000 by this stage, and bring crime down, give people the opportunity of housing and get on with our agenda of uniting and levelling up across the country.

"And by several orders of magnitude I believe that's what people want the Government to be focussing on right now."

And on the investigation, he added: "We will comply with whatever they want and I don't think there's anything to see here."

He said that new sleaze commissioner Lord Geidt would do an "outstanding job" in his review of the refurbishment of the Prime Minister's flat, but refused to say he'd publish it in full, or when.

But it has been claimed the Conservative Party stumped up, with the PM then paying the money back later.

Forget my £2m art… just save Maggie the magpie from the flames!

The virus is absolutely no reason to put democracy on hold