QUENTIN LETTS: Gregarious ambler ‘Bonking Bob’ may be a Tory member but he is also a foot-soldier of the Congenial Party

Not all MPs are screaming partisans. Not everyone speaks in cliched soundbites, greasing up to Whips, ignoring constituents and craving promotion. There are a few blessedly calm Hon Members – balmy-spirited eggs – who bring a leavening of normality to the place.

One such is Bob Stewart (Con, Beckenham). In earlier life he was Col Bob Stewart, nicknamed ‘Bosnia Bob’ and even ‘Bonking Bob’.

A brave and lusty officer in the Cheshire Regiment, he faced down ethnic-cleansing thugs when commanding UN forces in the Balkans in the 1990s. He saw some pretty horrible things in those days. 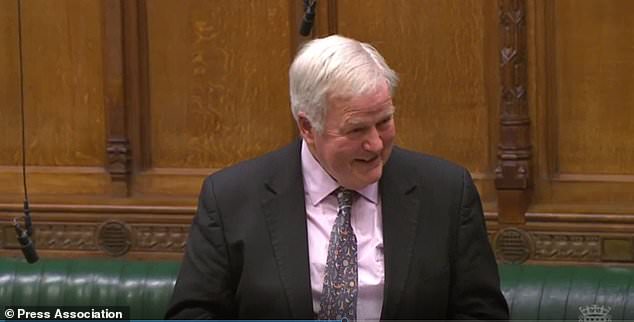 Since 2010 he has been in the Commons and it would be fair to say that he has not set the world alight. Nor has he tried to do that.

He has instead made a contribution by being one of those gregarious amblers I mentioned: a member of the Conservative Party but a foot-soldier of the Congenial Party, that neglected platoon not much interested in dogma or petty procedural games.

Having seen something of the world, these people are less arrogant about their personal power to change it.

Yesterday being a quiet day – the Commons does little when local elections are taking place – the House held a general May Adjournment debate which allowed MPs to talk about pretty much anything that grabbed their fancy.

Mr Stewart opted to speak about the financial plight of young barristers. He recounted that a young constituent of his had recently given up the criminal bar because she was making such a rotten income.

The law had been her vocation but faced with having to live in London on about £10,000 a year for hellishly long weeks, she had quit criminal cases and gone into a different area of practice.

Mr Stewart, 68, did not deliver his words with great bombastic oratory. He is more teddy-bearish than that. When he starts a sentence you never quite know where (or when) it will end. His speeches can resemble a Ronnie Corbett monologue. I don’t think I have ever heard him utter a party slogan or attack a parliamentary opponent.

His speech in support of young criminal barristers was not a fashionable cause. It did not suit the Conservatives particularly – in effect, he was seeking more spending on Legal Aid, which is something many of us Righties would instinctively resist – and it will probably have gone unheard by the Treasury.

Yet here was a politician who had listened to an unhappy constituent and used it to illustrate a way in which, he suspected, our public affairs may be going awry. He asked: ‘If there are no young criminal barristers, how will we, in a few years’ time, run criminal trials?’ 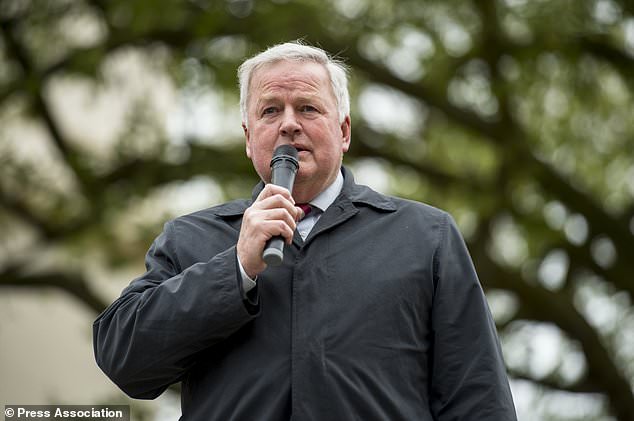 Mr Stewart, speaking in a backbench business debate, was raising the issue of pay for young barristers when fellow Tory Sir Edward intervened to shed more light on the topic

During his speech, Mr Stewart was intervened on a few times. He dealt with these sallies charmingly, at one point saying, ‘I am amazed that people have put up with me here for eight years’. This drew supportive cries of ‘nonsense!’ from all sides.

He made slight muddles of his words. He produced no raft of statistics. He did not lay blame at anyone’s ministerial desk and did not resort to buzzwords or bluster. His contribution was also notable for the fact that he was not speaking as an interested party. Speeches in support of Legal Aid too often come from lawyers. Ker-ching ker-ching.

There are not many Bob Stewarts in the current Commons. Labour has its soft-spoken environment spokesman, David Drew, 66, from Stroud, his fellow ‘re-tread’ John Grogan, 57, from Keighley, and witty Stephen Pound, 69, from Ealing North. The Lib Dems have a 63-year-old newbie, Jamie Stone (Caithness, Sutherland & Easter Ross), who has a nicely tweedy air and was yesterday talking about space rockets. On the Tory benches, 69-year-old Keith Simpson (Broadland) has just about stopped his Europhilia spoiling his vibes.

And then there is Deputy Speaker Sir Lindsay Hoyle, 60, long-serving, long-suffering and utterly decent. What a statement it would be were he to win the Chair.