WHAKATANE/WELLINGTON (Reuters) – Tourists caught in the deadly blast at New Zealand’s White Island were there despite a recent increase in volcanic activity, although experts said precise predictions on eruptions were all but impossible. 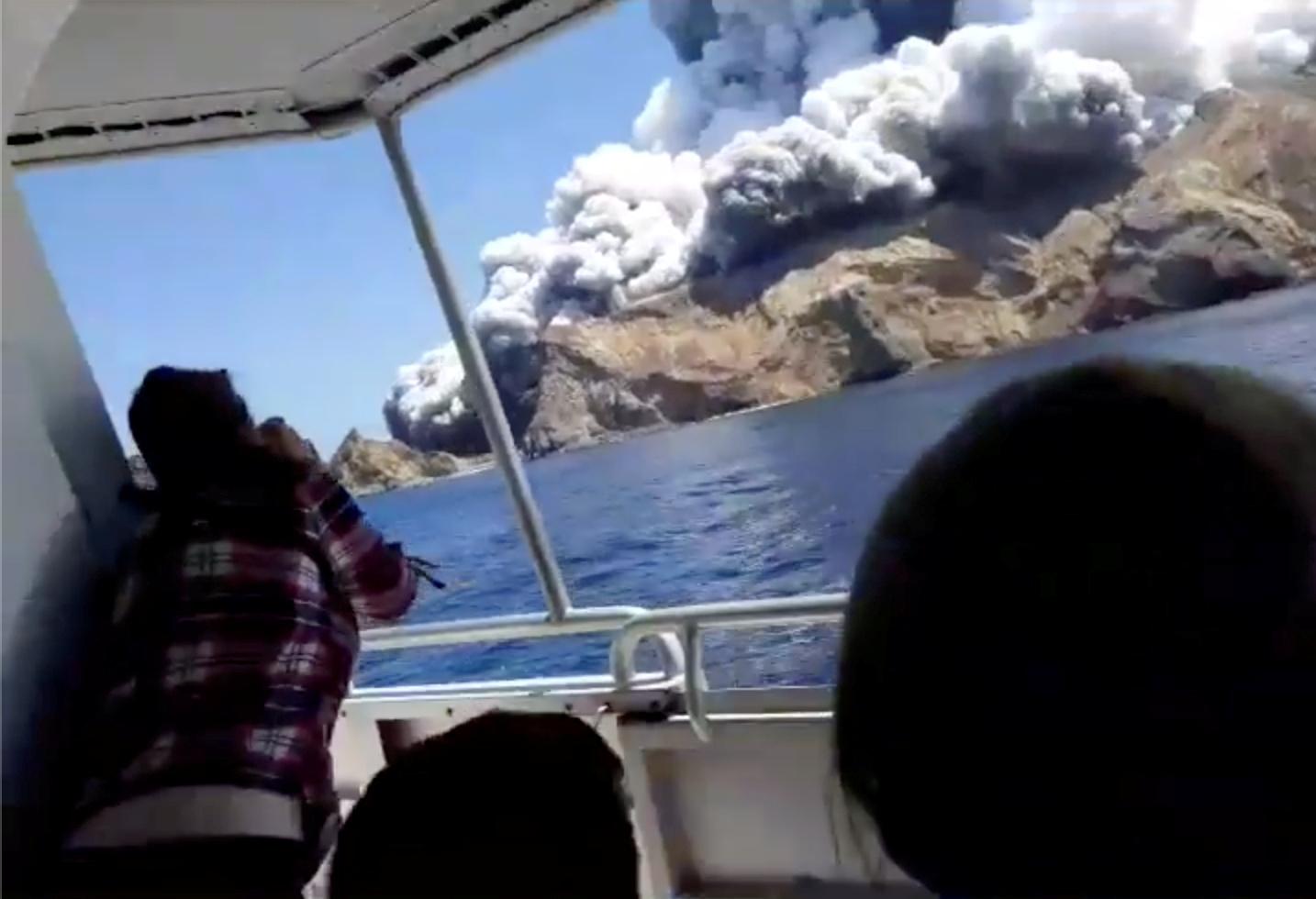 Five people were killed, eight are still missing and more than 30 were injured when the White Island volcano, one of the most active in New Zealand, erupted in a steam and gas explosion on Monday. Many of the visitors were on a day tour from a cruise trip in a nearby port.

Geological hazard tracker GeoNet raised its alert level for the island near the middle of a six-point scale in mid-November because of an increase in volcanic activity. But tour companies were not required to keep their dozens of customers that day away from the volcano, operators and agencies say.

“I have to say that I’m very surprised to hear there were visitors there today, because scientists seem to have been well aware that White Island was entering a phase of heightened activity,” said Drexel University volcanologist Loÿc Vanderkluysen. “I’ve been to White Island before, but I don’t think I would have been comfortable being there today.”

Local tourism authorities market White Island, or ‘Whakaari’, as it is known in the Maori language, as “the world’s most accessible active marine volcano”.

The volcano attracts volcanologists and thrill-seekers from around the world to walk across the island’s wild landscape, which features active geothermal steam vents and bubbling mud pools.

The privately owned island runs daily tours, and more than 10,000 people to visit every year.

“The eruption was unfortunate but not completely unexpected,” said Jessica Johnson, lecturer in Geophysics at the University of East Anglia in the UK. “The most that the scientists can do is continue to monitor the volcano and issue information when it is available.”

The regional government monitors the volcano’s activity through GeoNet and other agencies. Tour operators, which must have government permits to take people to the island, can shut down access based on that data, tour companies said.

“The safety instructions, the discussion before you go, makes it very clear to you that this is an active volcano, there are risks, when you get handed over gas masks, so the tour companies go to great lengths to make sure people do understand exactly what this is,” said Anne Tolley, local leader and parliament member from the East Coast.

Experts said it was difficult to predict exactly when a volcano would erupt. New Zealand uses a scale of 0-5 to rank volcano eruption risk, with 0 being no activity and 5 being a large eruption. On Monday, White Island was level 2.

Although there are signs scientists can watch for, they are more of an indicator of risk rather than predictive tools, said Toshitsugu Fujii, Head of the Mount Fuji Research Institute in Yamanashi, Japan.

“With a steam explosion it can be hard to see the signals until right before it happens,” Fujii said. “It seems that the volcano was getting more active and they raised the alert level, so they were paying attention. But you can’t tell, even so, if it’ll erupt today, next week or next month.”

He did not say what specific criteria the company considered, but said that at level 3 it would “liaise more directly” with the government about whether to continue tours.

Ardern acknowledged that tourism on White Island had been going on safely for decades.

“It has been a live volcano throughout that time and at various time has been level 2 but it is a very unpredictable volcano,” she said.

There are dozens of volcanoes across New Zealand. The country’s largest city, Auckland, sits on a volcanic field made up of about 50 volcanic cones and craters that have erupted over the past 250,000 years. Some get daily tours.

Mount Ruapehu on the central North Island has erupted several times in recent years but is still a major tourist attraction, with ski resorts on its slopes.

Injuries and deaths are rare for volcano tourism anywhere, data show. White Island’s last eruption was in 2016, but no one was affected. A volcano on the Italian tourism island of Stromboli killed one person when it erupted in July.

When Japan’s Mount Ontake erupted in a steam explosion September 2014, the peak was packed with hikers out on a weekend to admire autumn foliage. 63 were killed, the highest toll for an eruption in 90 years. Japan constantly monitors 50 peaks.

Tristan Vine, a Whakatane businessman, told Reuters that New Zealand’s volcano tours are a big draw and that many businesses in the town rely on them.

“There’s obviously plenty of other things to be done but White Island is built on the foundation of that. So it’s quite critical for the town,” Vine said.

What does the winner of MasterChef 2021 get? – The Sun