Judy Cochran, who is the newly elected mayor of Livingston, Texas, said she killed the colossal beast at her family farm in nearby Goodrich. 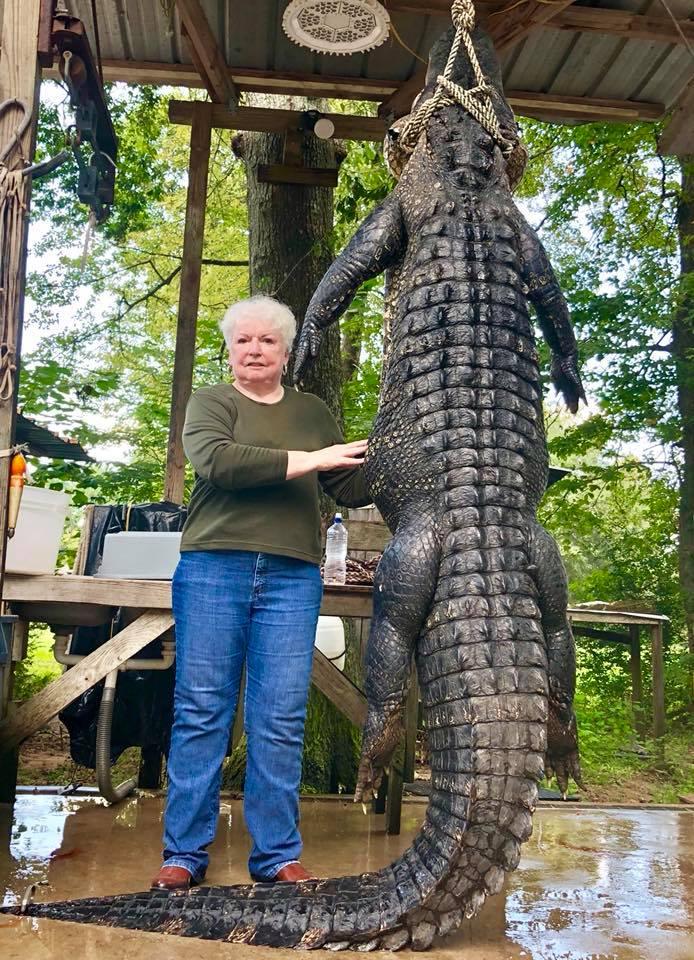 Judy told the Houston Chronicle: "One shot in the head and he went under.

"We think this is the gator that ate one of our miniature horses several years ago – as big as this gator was, he could’ve easily eaten it.

"Typically the gators don’t bother us, but we’ve been looking for (this one)." 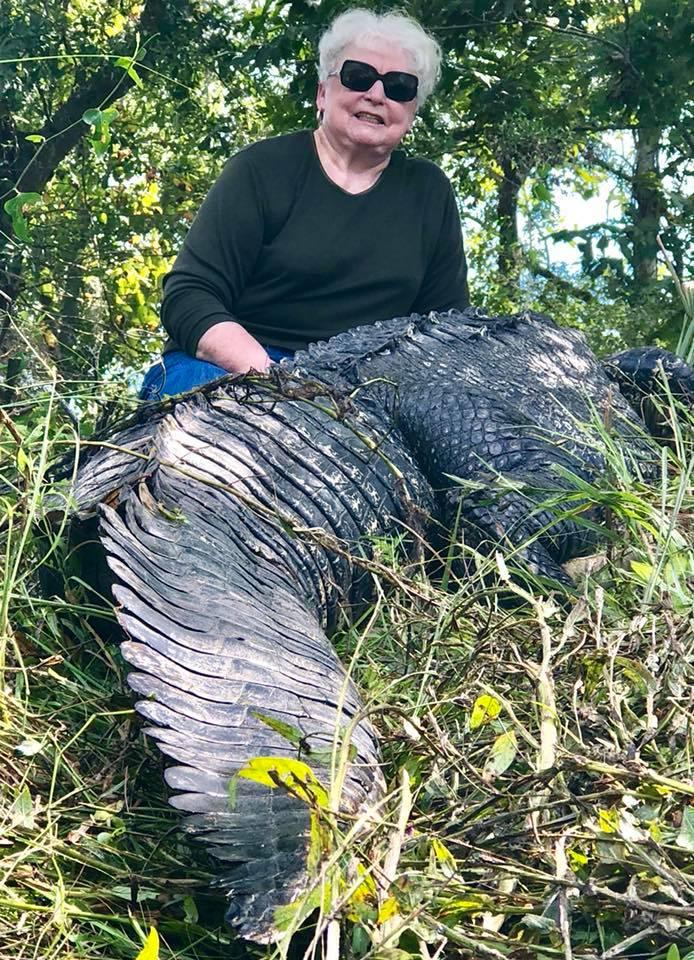 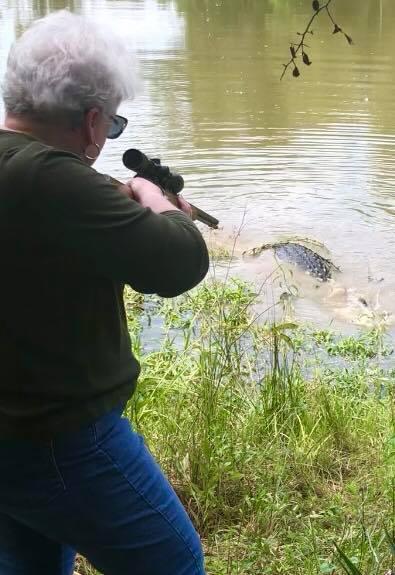 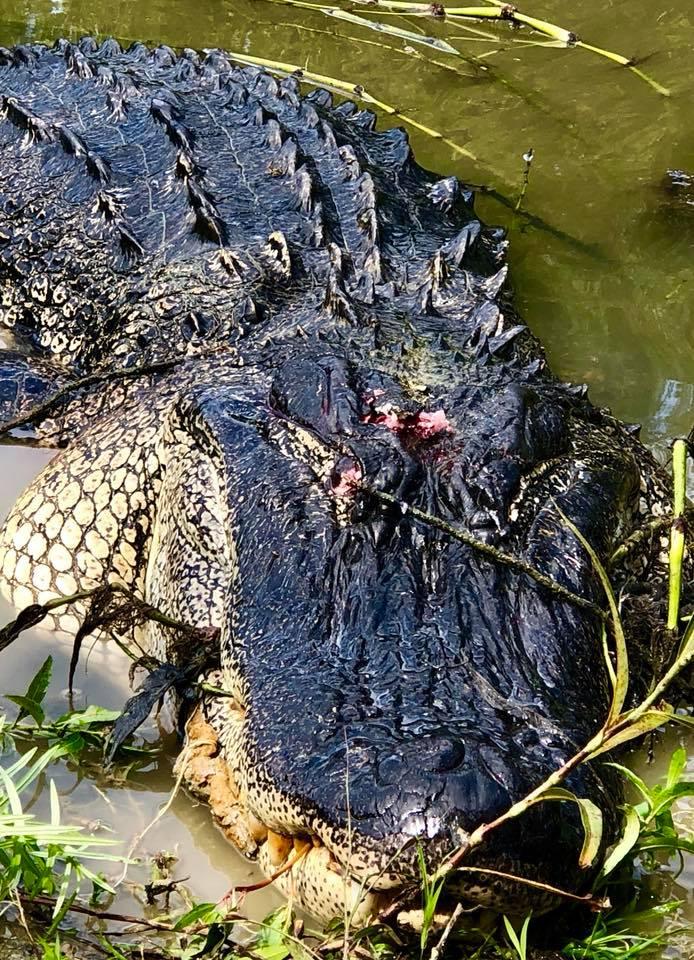 Cochran insisted the creature, which weighed 580lb (263kg), would not go to waste.

She explained: “Moye Taxidermy will be processing it.

“We’ll eat the meat, have the head mounted and have the ridgeback part of the tail in my office.”

The mayor added: “We’ll have the hide tanned to make some boots out of it – you can only make boots from the belly.” 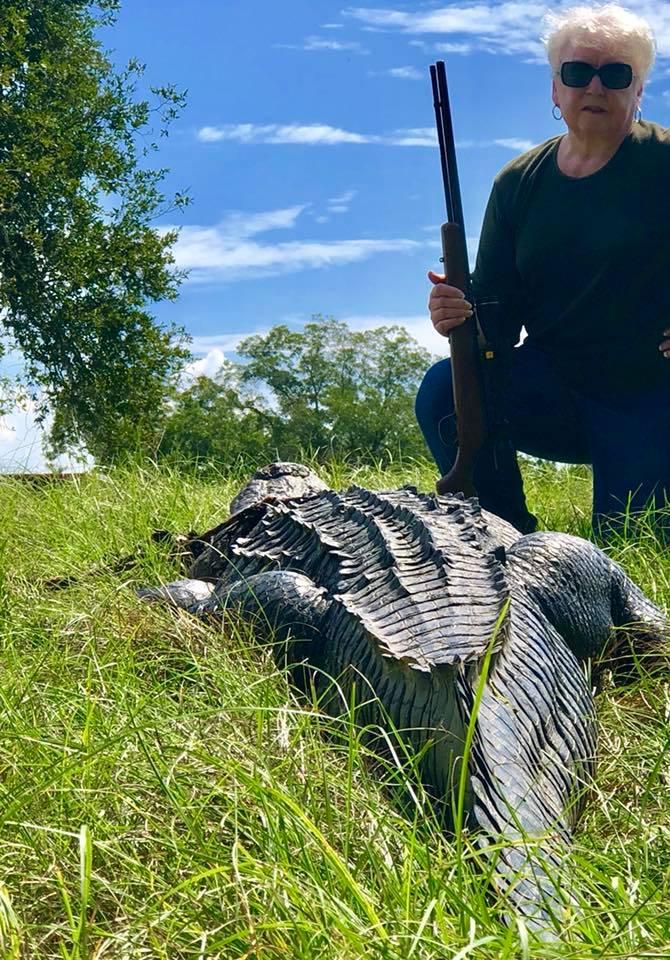 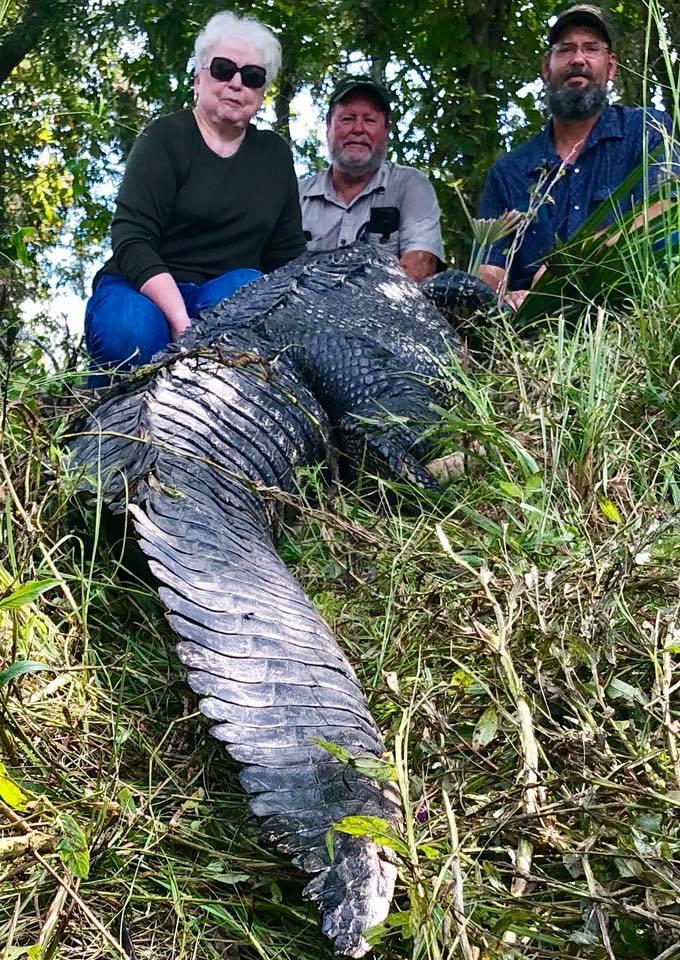 As an elected official, Cochran wants to make sure the public knows this was a safe, ethical hunt.

She said: “There are a lot of requirements to kill a gator in Polk County.

“We're one of 12 counties that have a hunting season for alligators, between September 10 and 30.

“You have to have a permit and tags from a wildlife biologist, and you have to catch it on a hook first. We don't just go to the ranch and hunt a gator.”

Queen Letizia is glowing in green as she attends monastery visit

Sky TV colourful new update delayed, here’s when YOU will see it on your set-top box

How to Get Rid of Swamp Ass For Good