Train bosses are set to cut timetables in the new year amid fears more than a fifth of commuters will not return to regularly using the railway once the pandemic is over.

Operators desperate to cut costs have reportedly drawn up proposals for the government to reduce the number of train services and make the railway more ‘efficient’ and ‘financially sustainable’.

It comes after The Department for Transport demanded more widespread cuts because of the Treasury’s concerns over the cost of running empty trains.

A Department for Transport spokesperson said: ‘While we cannot predict the long-term effect of Covid-19 on travel patterns, it is critical that we ensure the railway can respond quickly to changes in passenger demand whilst supporting economic recovery.’ 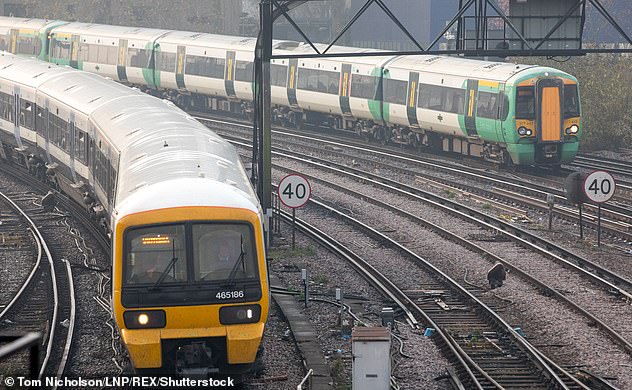 Commuter numbers have been slashed since the start of the pandemic as people across the country adapted to working from home.

Even when people were encouraged to return to the office over the summer following the first national lockdown, trains were not running at the same capacity as pre-pandemic levals.

Some popular lines saw pasenger numbers rise to in excess of 90% of pre-pandemic levels, but industry insiders say demand for rail travel is unlikely to fully recover in the new year.

A rail industry source told The Times: ‘Demand is going to stay suppressed into 2021.

‘It should rise again as more people return to work but it will not go above 80 per cent of pre-Covid levels for some time.’

Earlier this month, rail operators slashed one in ten services on the autumn timetables.

The operators also said services were unlikely to rise above 90 per cent until May next year, with few services being restored in the winter timetables.

GWR said it was focusing on providing trains for people getting back to the office, and Sundays will be hardest hit, operating at 76 per cent of the normal timetable.

CrossCountry Trains, whose routes include Aberdeen to Penzance, are running at only 65% of pre-Covid levels. 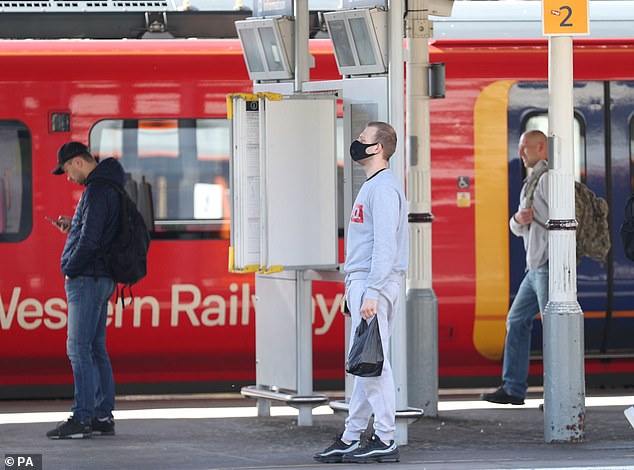 The Leeds to Chester route, which ran hourly via Manchester Victoria, now runs only every two hours according to Northern Trains.

Some fast services on weekdays between Bristol and London have also not been reinstated, being cut from six instead of eight.

It comes after the government announced it would underwrite train operations for the next two years, until at least March 2022.

According to The Times, the government spent £3.5 billion up to September, with more expected over the next 15 months.

A Department for Transport spokesperson said: ‘While we cannot predict the long-term effect of Covid-19 on travel patterns, it is critical that we ensure the railway can respond quickly to changes in passenger demand whilst supporting economic recovery.

‘We took immediate action at the outbreak of the pandemic to support the rail industry, keeping the services people depend on running and protecting jobs.

‘We have asked operators to outline proposals for operating an efficient timetable that meets demand and allows for financially sustainable COVID-safe travel.’