A reckless motorist caused chaos as he led police on a chase – flying through red lights and driving on the wrong side of the road.

Craig Gibbs, 32, topped 100mph as he tried to evade officers – despite being disqualified from getting behind the wheel.

The driver had failed to stop for police, who then pursued him along the M5 and on roads towards Bridgwater, Somerset. 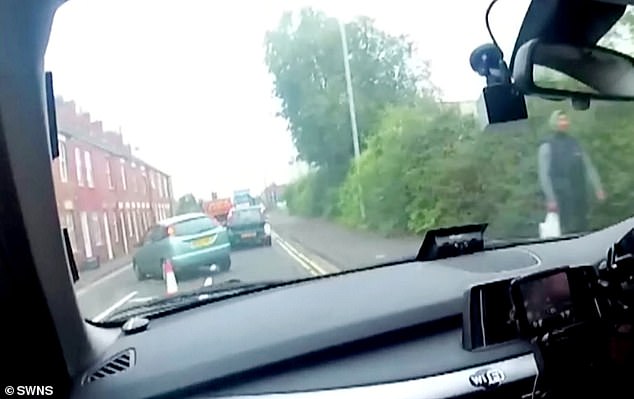 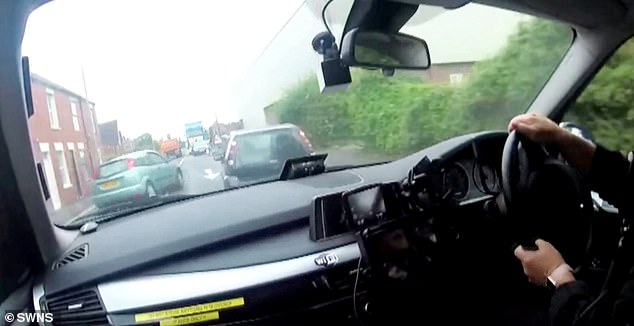 During the chase, Gibbs drove on the wrong side of the road and ignored traffic signals

Dramatic footage shows erratic Gibbs ignoring traffic signals and driving on the wrong side of the road during the chase. 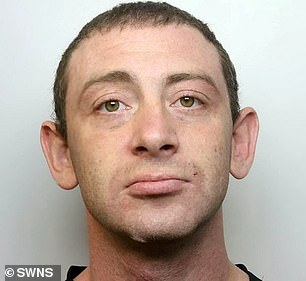 Gibbs reached speeds of 100mph while being chased down the M5 before exiting at Bridgwater.

His Ford Focus is then forced down a side road, where it collides with several parked cars.

Officers were able to detain and arrest Gibbs on several offences after he had crashed, despite him trying to force his vehicle out of the mess.

Avon and Somerset Constabulary said he was also found to be under the influence of drugs following a test, and added driving while unfit through drugs to his rap sheet.

Gibbs later admitted several charges including dangerous driving, driving while disqualified and possession of a class B drug.

He was jailed for 16 months at Taunton Crown Court yesterday and banned from driving for four years and eight months. 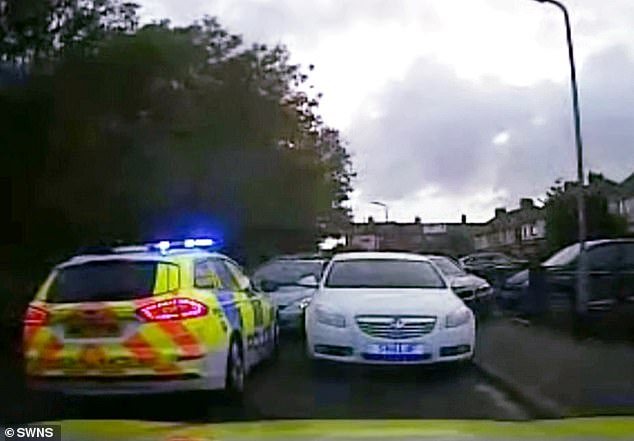 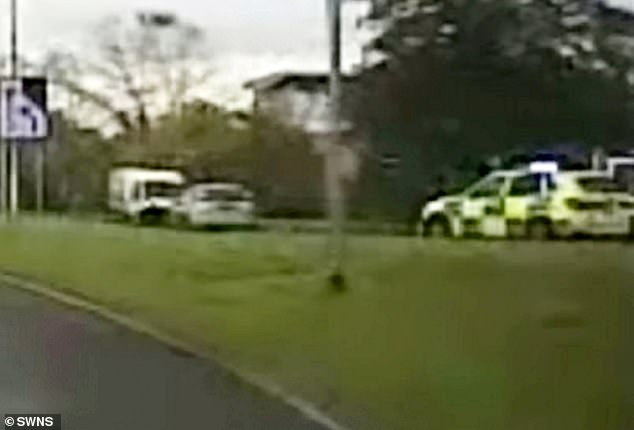 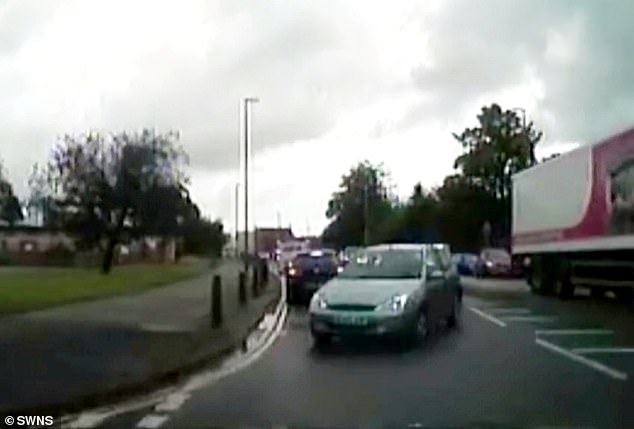 ‘Knowing he was disqualified from driving he attempted to evade police with no thought for anyone’s safety.

‘I hope today’s court result acts as a deterrent to any drivers that getting behind the wheel and driving dangerously, especially when disqualified or under the influence, can lead to a significant sentence.’

Kylie Jenner & Travis Scott DEFINITELY Seem Like They’re Back Together — See The Evidence!

Cause of Death Revealed for 21-Year-Old Rapper Lexii Alijai