KHARTOUM (Reuters) – Flood waters in Sudan have reached the highest levels on record, killing dozens of people, destroying thousands of homes and encroaching on some neighbourhoods of the capital Khartoum. 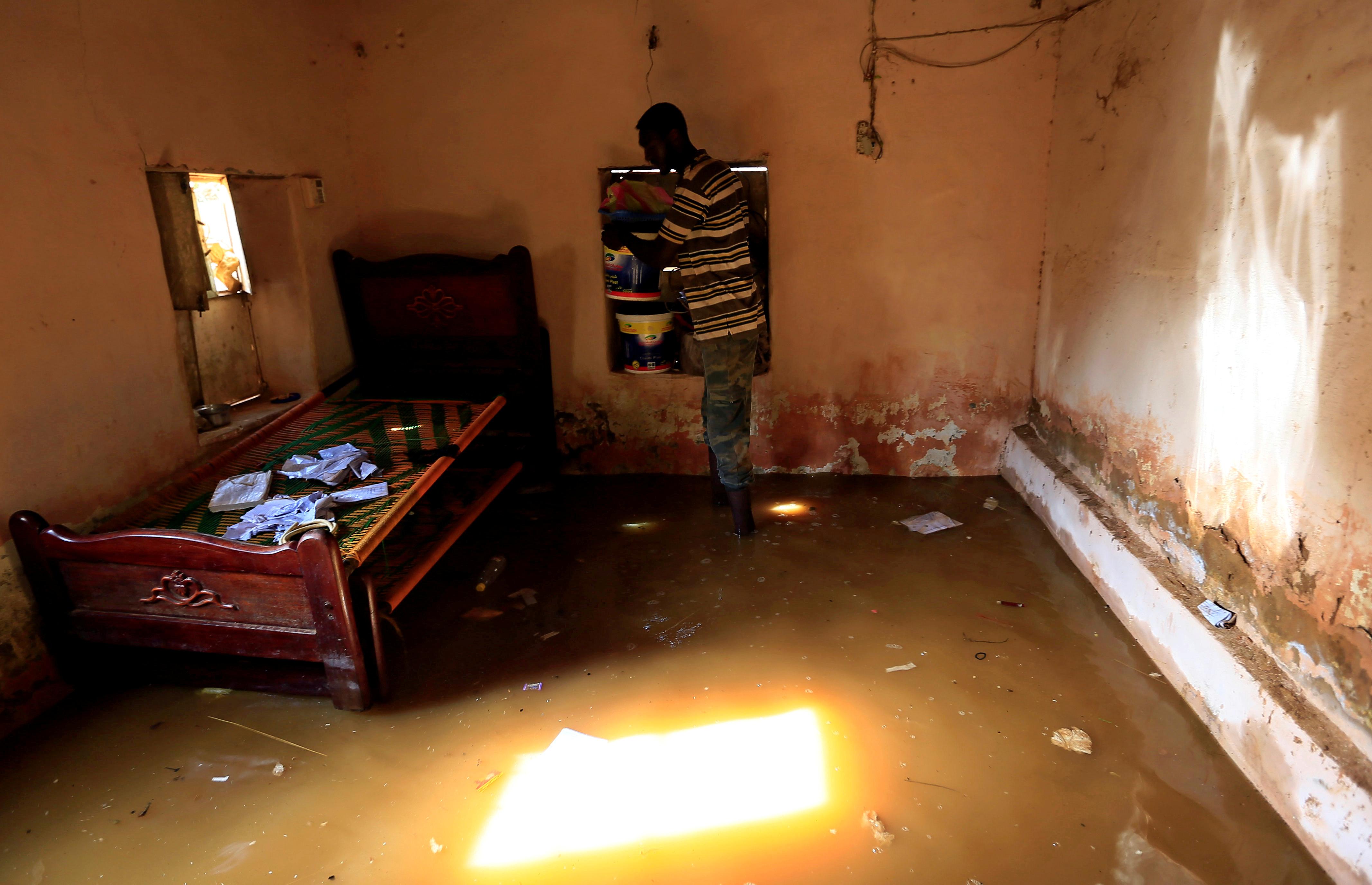 The flooding comes despite Ethiopia starting to fill the reservoir behind a giant new dam upstream on the Blue Nile in July. The Grand Ethiopian Renaissance Dam (GERD) is expected to help Sudan control future floods.

Flooding regularly hits Sudan in summer, but this year’s unprecedented water levels have left larger tracts of farmland submerged and residents around Khartoum are looking anxiously outside their homes for fear of the rising waters.

Flood waters have spilled over into major roads in Khartoum for the first time in living memory.

“The waters of the Nile flooded our house at midnight yesterday,” said Ahmed Bastawy, a resident of Khartoum’s twin city of Omdurman, who stayed up all night trying to protect his house only to see some of its mud brick walls collapse.

“We have never seen flooding like this. Authorities provided us with soil and sacks, but we failed to block the waters and the houses were destroyed.”

The average level of the Blue Nile has reached 17.43 metres, the highest since the country started measuring in 1912, Irrigation Minister Yasser Abbas said on Thursday.

Blue Nile waters would continue to rise in the coming days, said Abdelrahman Sughairun, head of the ministry’s flood committee.

As of Tuesday the floods had left 86 people dead, destroyed more than 18,000 homes and damaged a further 32,000, according to the interior ministry.

The reservoir behind the GERD is expected to be gradually filled over the next few years as the dam begins to operate, though Ethiopia is yet to agree on its operating terms with downstream countries Sudan and Egypt.

“After the filling of the Renaissance Dam it’s expected that floods won’t happen,” Abbas said.

Cardi B Dismisses Divorce from Offset

Unraveling the Seams: Revisiting the Astonishing Costume Design of 'The Cell' 20 Years Later