The Porsche driver accused of filming a dying police officer in the moments after a fatal Eastern Freeway crash wants to resolve charges laid against him over a separate incident in which he allegedly threatened to kill a woman and put a noose around her neck. 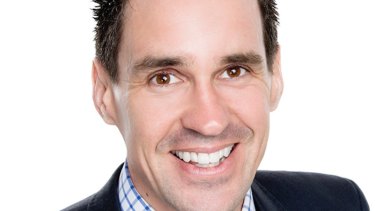 Mr Pusey faced Melbourne Magistrates Court on Tuesday morning over allegations he threatened to kill a woman and put a noose around her neck in Fitzroy on December 27.

Emergency services were called to a property late that night and police had to negotiate with Mr Pusey to get him off a roof. He previously indicated he will fight the charges.

The court heard on Tuesday that lawyers for Mr Pusey were in discussions with the prosecution in an attempt to resolve the matter.

“We just need to finalise these discussions, it shouldn’t take too long,” prosecutor Meagan McDonnell said.

The matter was listed for another contest mention on April 13.

Mr Pusey’s lawyer, Vincent Peters, said his client was listed for an arraignment on other matters in the County Court on Wednesday. At an arraignment, all the charges against an accused are read and they are required to enter a plea of guilty or not guilty.

“We want those matters to sort themselves out before we go forward with these matters,” he said.

The hearing on Wednesday relates to the charges from the Eastern Freeway crash.

Mr Pusey appeared at the hearing via video link from jail. He sat quietly wearing a face mask and put up his hand to indicate he could hear proceedings.

Prosecutors allege police were in the emergency lane of the Eastern Freeway in Kew and in the process of arresting Mr Pusey for driving offences when a truck hit the officers last April.

Mr Pusey is alleged to have filmed one of the critically injured police officers before leaving the scene.

He had been pulled over when truck driver Mohinder Singh veered into the four officers.

Singh has pleaded guilty to four counts of culpable driving causing death and is due to face a plea hearing this week.

Star Trek: Picard Finale – What Is Wrong With Jean-Luc's Brain?