Rishi proves he DOES eat! Chancellor reveals he enjoyed a stuffed crust pizza for his post-Budget dinner after it was claimed he survived on working diet of an apple and cashew nuts

Chancellor Rishi Sunak has revealed he enjoyed a stuffed crust pizza for his post-Budget dinner.

He confirmed he had looked for a quick fix after arriving in the North East on Wednesday night.

It comes after it was claimed the MP ‘sustained himself throughout the day with a Granny Smith apple and some cashew nuts’.

Speaking from Teesside, one of the eight locations in England granted freeport tax-break status in the Budget, he said he had opted for pizza.

He told LBC: ‘I had stuffed crust pizza last night – it was very good. We got in very late to the hotel at 11pm.’ 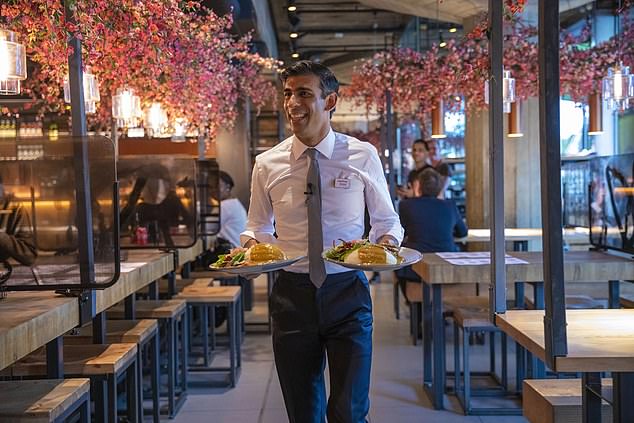 The Chancellor made the admission after being asked whether his praise for delivery app firm Deliveroo was out of kilter with the Prime Minister’s announcement on Thursday of £100million of funding to help the public get ‘fitter and healthier’.

Deliveroo has confirmed it is eyeing a listing on the London Stock Exchange, which Mr Sunak said was a direct result of a review led by Lord Hill to make listing a company in the UK more attractive to technology and other growth businesses.

Mr Sunak, who labelled Deliveroo a ‘great British success story’, said he had enjoyed ‘plenty’ of the healthy options from the company, including salads.

Pressed on why he had frequently referenced a business ‘not well known for delivering fruit and veg’, the 11 Downing Street incumbent said: ‘We use them and get takeaways from them and I’d like to think got healthy (meals). I don’t want to start name-checking healthy restaurants.

‘There are lots of great salad places on there. They are very good. There are plenty of healthy options on there.’

The father-of-two said he thought it was fine to eat high-in-fat food as part of an active lifestyle. 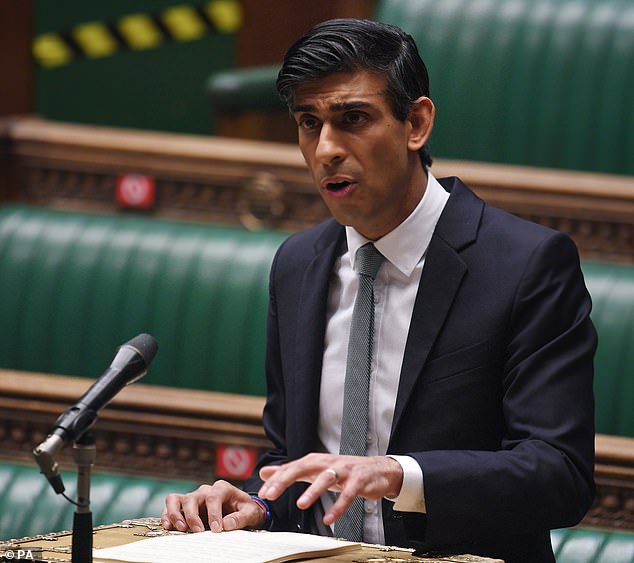 ‘Ultimately I trust people to make the right decision for them and their family,’ he added.

‘I think it is OK if we have burgers and pizza as long as you are having them in moderation. I enjoy those things. It is also right to go out and exercise.’

On Sunday a source told the Times: ‘He’ll have some chicken broth in the evening. He’ll sustain himself throughout the day with a Granny Smith apple and some cashew nuts.’

Mr Sunak picked up on a reference to Coca-Cola in a question when presenter Nick Ferrari used the brand’s ‘real thing’ slogan.

The self-confessed Coca-Cola addict laughed and replied with a line from a famous commercial for the soft drink, quoting the song I’d Like To Teach The World To Sing.

The senior Conservative minister this week posted a video on social media platform TikTok of him talking to school pupils about his love of Mexican Coke and is known to keep Coke-branded Star Wars memorabilia in his Treasury office.

Primark worker reveals all, from crowds at the £1 thong table to people returning USED undies