Ronnie O’Sullivan’s daughter said she was left suicidal and struggling with cocaine addiction after her father’s decision to block her calls and stop support payments.

Taylor-Ann Magnus from Redbridge, east London, says the snooker star’s instruction for his family to cut all ties with her showed him to be a ‘terrible father’.

The 21-year-old today revealed that she is five months pregnant after cleaning herself up in rehab. 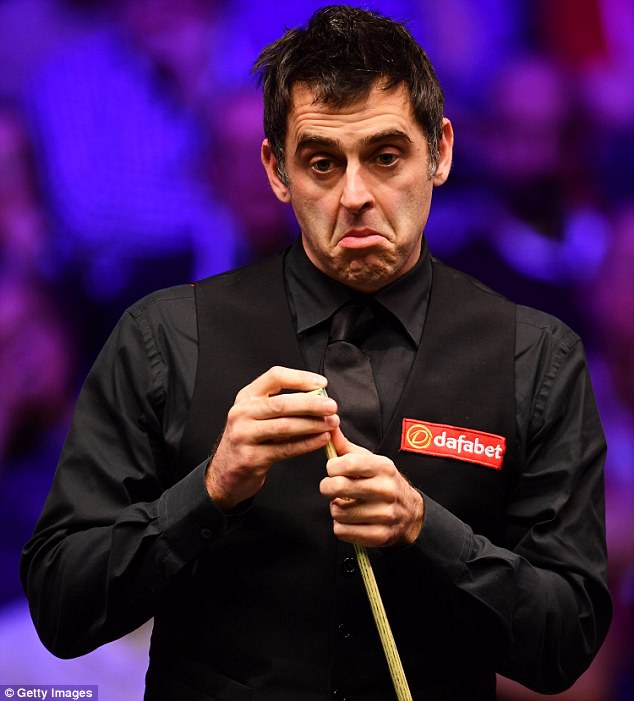 Ronnie O’Sullivan left his daughter suicidal and she turned to cocaine in her desperation, she has claimed

But she told The Sun on Sunday that she has no intention of letting the five-time world champion play a part in her child’s life.

She says he will ‘never get a chance to make it up as a grandfather’, which he will become at the age of 42.

Taylor-Ann is the lovechild from Ronnie’s relationship with Sally Ann Magnus, which lasted for one year in the nineties. 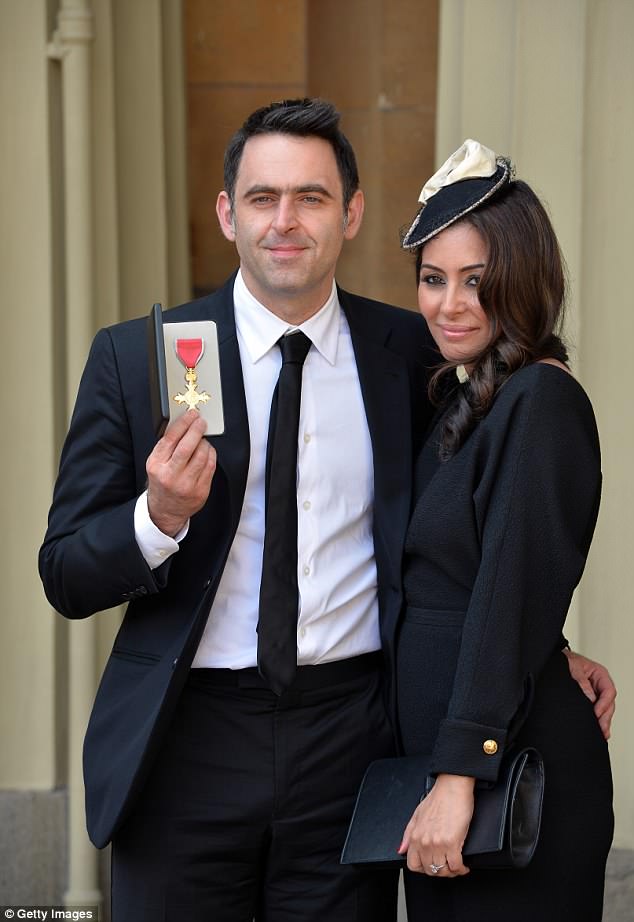 In the interview the delivery driver told how the snooker ace saw her just 10 times in 21 years despite living just 10 miles away.

Ronnie, who is worth £8million, cut her £1,000-a-month maintenance payments after he accused he branded his daughter a ‘cokehead’ who used him like a cash machine.

Despite checking himself into rehab in 2000 to deal with his drug and alcohol addiction, Ronnie offered no financial assistance for his daughter’s recovery.

She accused her father of writing her off despite the people who had forgiven him his failings.

Taylor-Ann’s mother found she was pregnant weeks after she and Ronnie split in 1996.

Taylor-Ann said: ‘When I look back our relationship was tragic. I used to google my dad when I was little. I’d screen-shot pictures of him and compare them to ones of me to see if I resembled him. I was desperate for his attention.’

She hasn’t watched Ronnie, who crashed out of the Snooker World Championships last week in the second round, play since she was aged four. She says the star promised to wave at her from the TV, but the wave never came, leaving her heartbroken.

But she says the true blow came in 2013 when she was a 17-year-old hoping to undertake business studies at college. 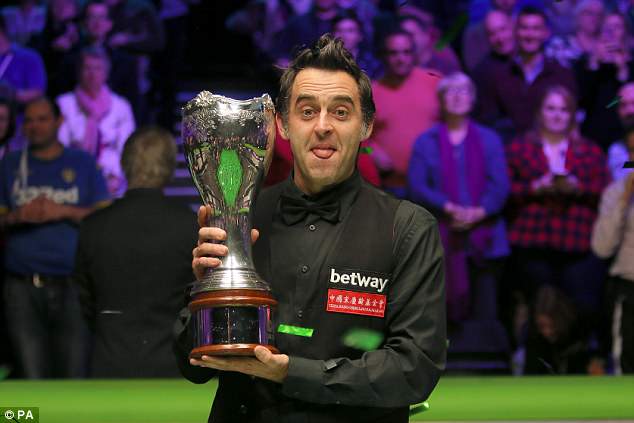 Due to it being a long commute, her mother helped her find a flat and she found herself loving the course.

When she met her father to tell him how excited she was, adding that her mother had transferred the £1,080 a month maintenance money to her account for rent, bills and college fees.

‘He seemed a bit surprised. He raised an eyebrow and said, “That’s what you use it for?” I hit back, saying, “I just want my dad”.’

Asking for a ‘phone call every couple of months’, she was shocked to find he severed all contact and axed the payments after he dropped her off at home.

Taylor-Ann lost the home and had to drop out of her course. By the time the courts had ordered Ronnie to cough up what he owed, the damage was done before he began repaying. 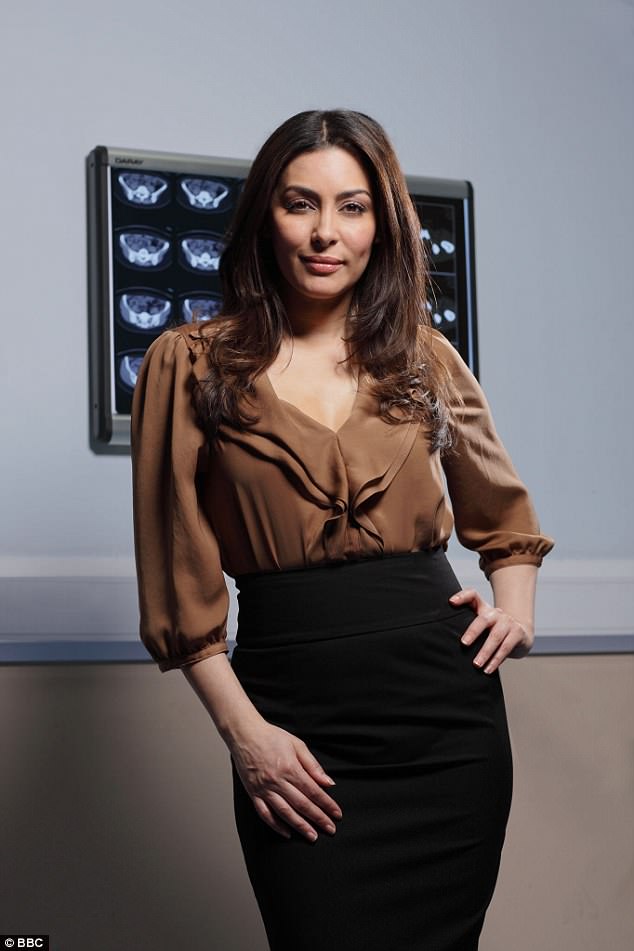 His daughter said she was left depressed and drank heavily. Taylor-Ann then lost her driving licence for speeding and began to take cocaine regularly. She also lost her job.

She said she had not had contact with Ronnie for years before she finally text him in 2016, when he replied calling her ‘mate’.

Ronnie, who is now dating Holby City actress Laila Rouass, went for a meal with Taylor Ann in March 2017 with his two children from another relationship.

Taylor-Ann plucked up the courage to ask why her father why the maintenance had stopped, at which point he said people treat him like an ATM and asked what he got out of it.

She said she was then confused when he messaged her later that night saying he was proud of her for dealing with her problems.

But their relationship soured when Taylor-Ann went on a cocaine binge with a friend of Ronnie’s.

The friend told Taylor-Ann her father had warned his family to cut ties with her. She didn’t know whether to believe the friend, who then rang Ronnie to row with him.

With the phone on speaker, Ronnie told the two: ‘You pair of cokeheads need help.’

Days later Taylor-Ann checked into rehab but her father didn’t visit or get in touch to check on her.

Days after coming out of rehab, she got a job with a car parts company, where she met her boyfriend and the father of her child Naihan Chowdhury. The 21-year-old shares a one-bedroom flat with Taylor-Ann in Romford, east London.

Ronnie declined to comment to The Sun on Sunday on the claims made by Taylor-Ann’s. MailOnline has approached Mr O’Sullivan for comment.

How long is SpaceX journey and when will Elon Musk astronauts return on Inspiration4?'

Queen was tired during state banquet with President Obama

Christmas lockdown: Britons told to bring masks back to ensure holiday is not cancelled