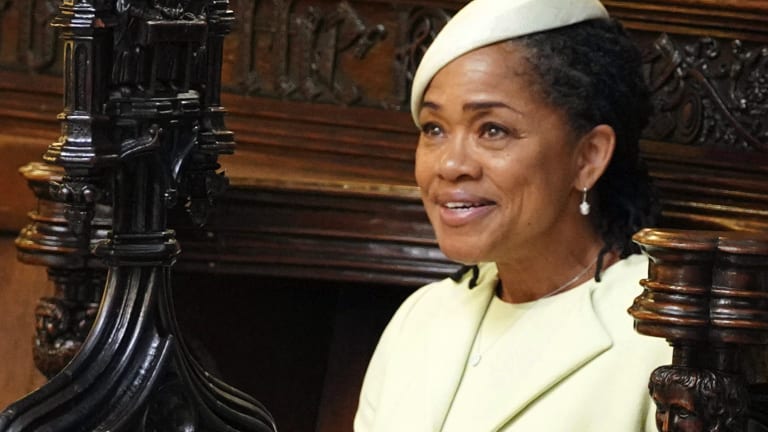 Doria Ragland during the ceremony.

When Meghan Markle said her vows in front of the watching world, all who looked on would have been touched by the heartfelt lifelong commitment she was making.

For one onlooker, her beloved mother, it was all she could do to blink back tears. 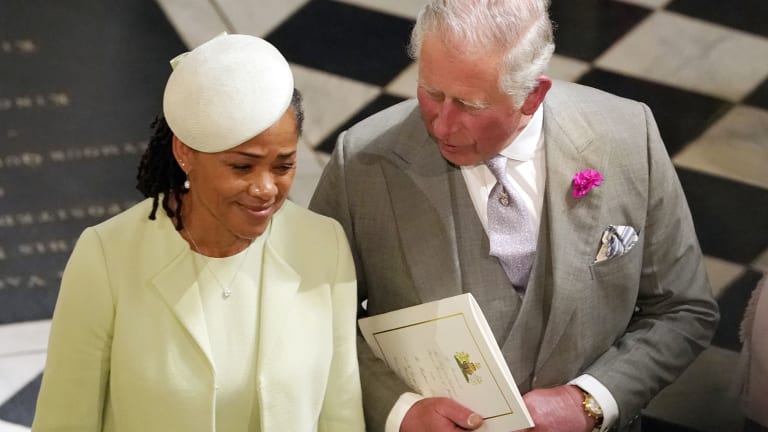 In the chapel, she was placed directed opposite the Queen, allocated the equivalent seat in the middle of three rows, closest to the altar so they could look directly at one another.

Her position, as mother of the bride, reflected the welcome the Royal family has endeavoured to give her since she arrived in Britain.

The Queen and her family are said to have taken particular pains to make her feel at home, inviting her for a succession of teas since she arrived in Britain on Wednesday. By the big day, Ms Ragland was taking it all in her stride.

While some in the chapel appeared surprised by elements of the service, particularly a sermon from Bishop Michael Curry, the visiting American preacher, she seemed absorbed in every moment, listening intently and nodding along.

During the ceremony, she appeared emotional at times, as her only daughter made the leap to join the Royal family. When the Archbishop of Canterbury, the Most Rev Justin Welby, asked, "Will you, the families and friends of Harry and Meghan, support and uphold them in their marriage now and in the years to come?" she nodded vehemently, saying "I will" with gusto. 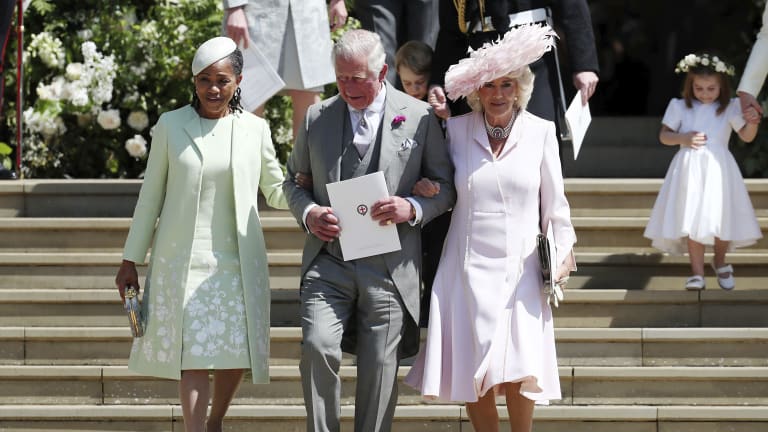 While the bride's paternal family spent the days leading up to the wedding making a series of outlandish statements and staging photo shoots with the paparazzi, Ms Ragland did her utmost to stay out of the limelight after arriving at Heathrow.

On Friday, Ms Markle effectively introduced her to the world in an arranged photocall at Cliveden, as mother and daughter arrived to spend the night before the wedding together.

Yesterday, while her daughter was busy at centre stage, she seemed well taken care of.

The Prince of Wales in particular appeared to have welcomed her as part of the family, taking her hand as they went to watch the signing of the register and escorting her out of the chapel with the Duchess of Cornwall.

At the afternoon reception, one guest said, the pair appeared inseparable, with the jovial Prince putting his arm around her. In his speech, he raised a glass to the now Duchess of Sussex and her mother in what was described as a "touching" speech: not losing a son, but gaining a new branch of the family tree.

The Rookie Returns With an 'Intense, Emotional' Race to Save Lucy: 'You're Going to See Tim Lose His Mind'

Kourtney Kardashian Vs. Sofia Richie: Who Looks Hotter Wearing Nothing But A Bra Top?

Who is Dawn in Emmerdale, which actress plays her and why is she back in the village?