Fans rushed to Twitter to discuss the loving expression on the groom's face as he laid eyes on his future wife in her wedding dress for the first time. 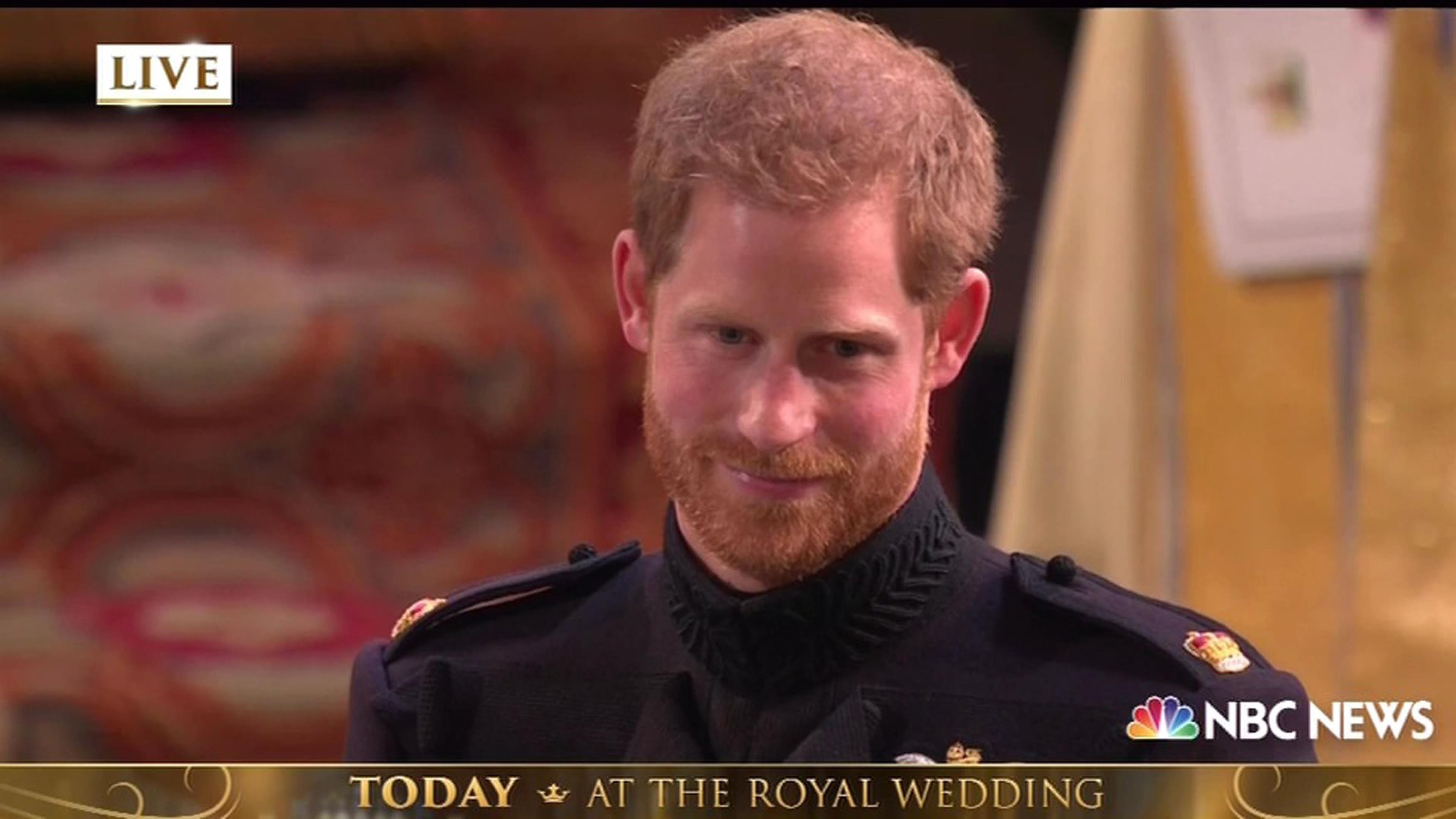 In images beamed from inside Windsor's Castle's St George's Chapel, the 33-year-old royal can be seen getting emotional as the 36-year-old American actress walked towards him in a Givenchy gown.

One viewer wrote: "Get someone who’ll look at you the way Prince Harry is looking at Meghan."

Another commented: "Harry looking at Meghan though ugh, the love in his eyes."

A third shared: "i actually teared up looking at Meghan and Harry’s faces while she walked down the aisle #RoyalWedding." 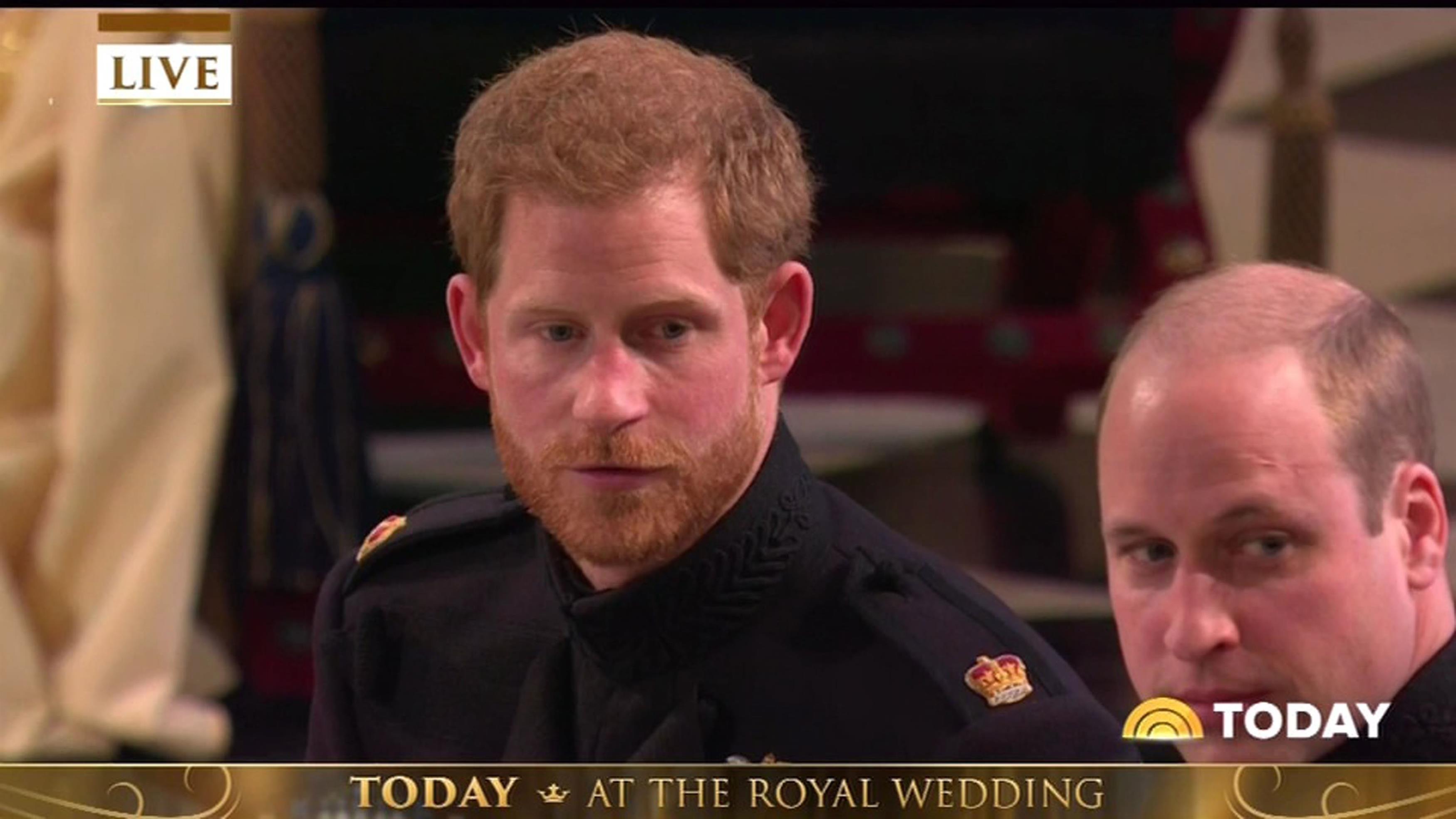 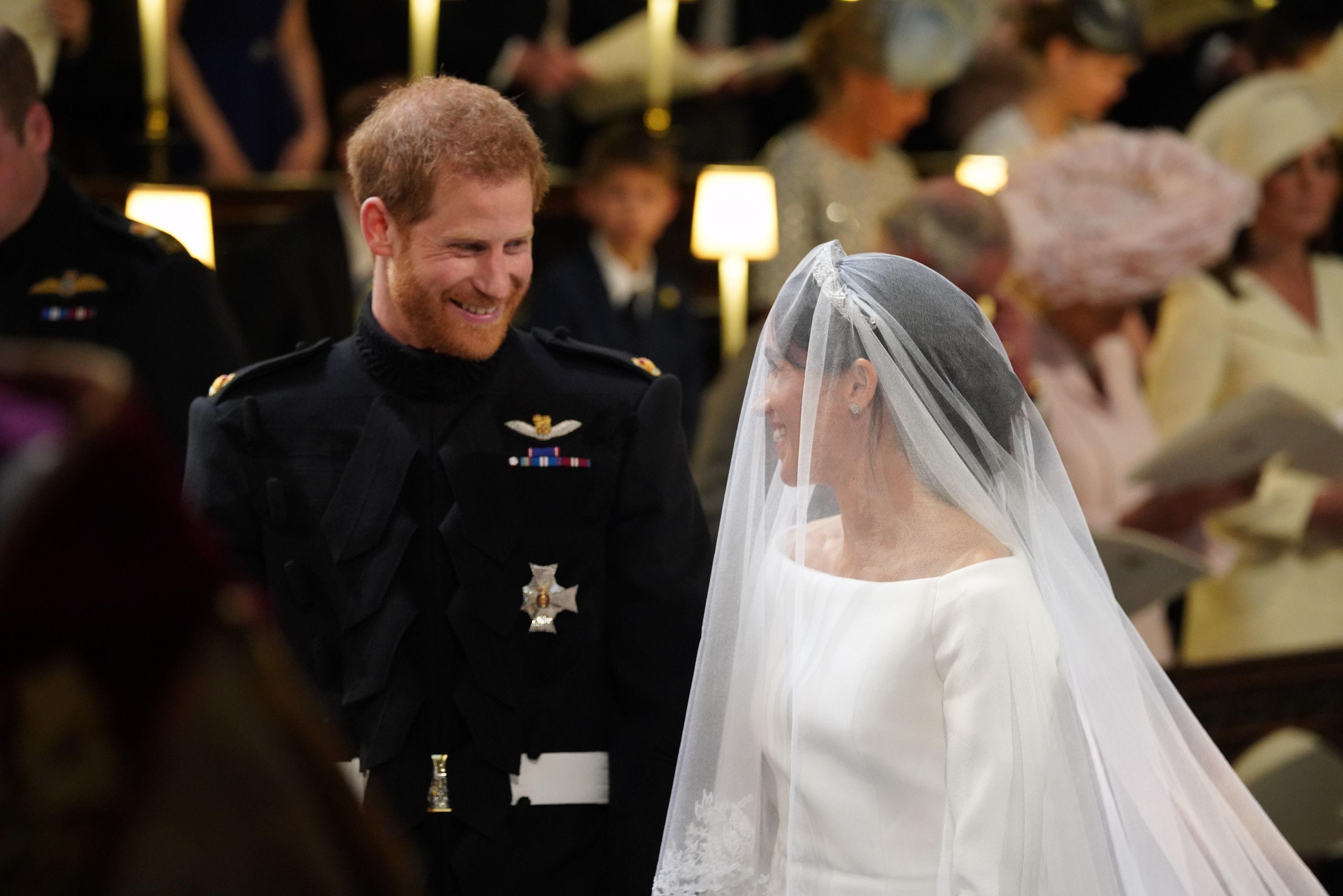 How the Royal Wedding has unfolded so far… 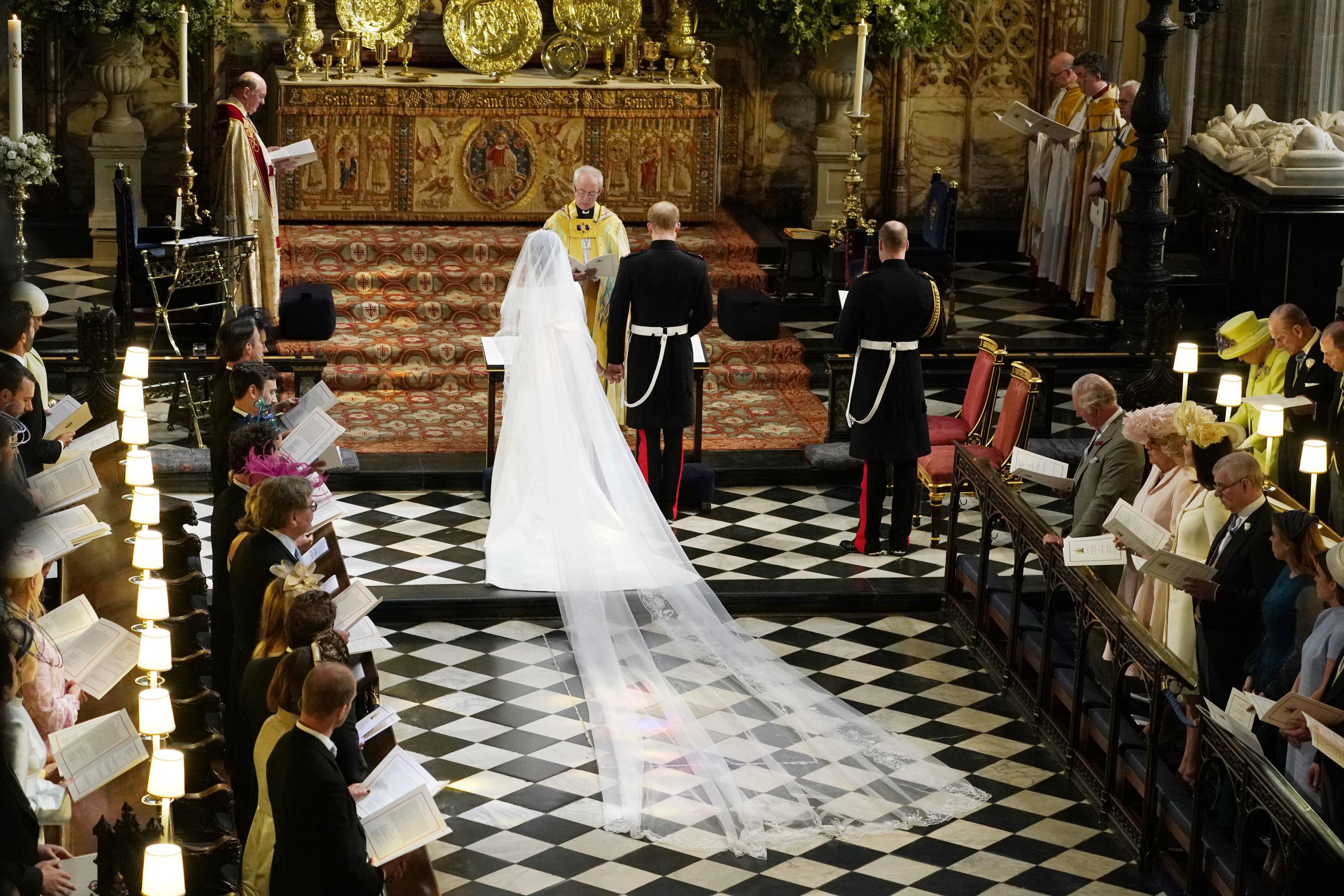 The first meeting between the couple on their wedding day came shortly before they sealed their marriage with a kiss on the steps of the chapel.

They tied the knot in a groundbreaking modern ceremony complete with a gospel choir and eccentric American bishop.

Harry told his blushing bride "you look amazing" as the couple tied the knot in front of a star-studded crowd.

Meghan wore a stunning off-the-shoulder Givenchy Haute Couture dress and a dazzling 1932 dazzling Mary Diamond Bandeau tiara lent to her by the Queen. 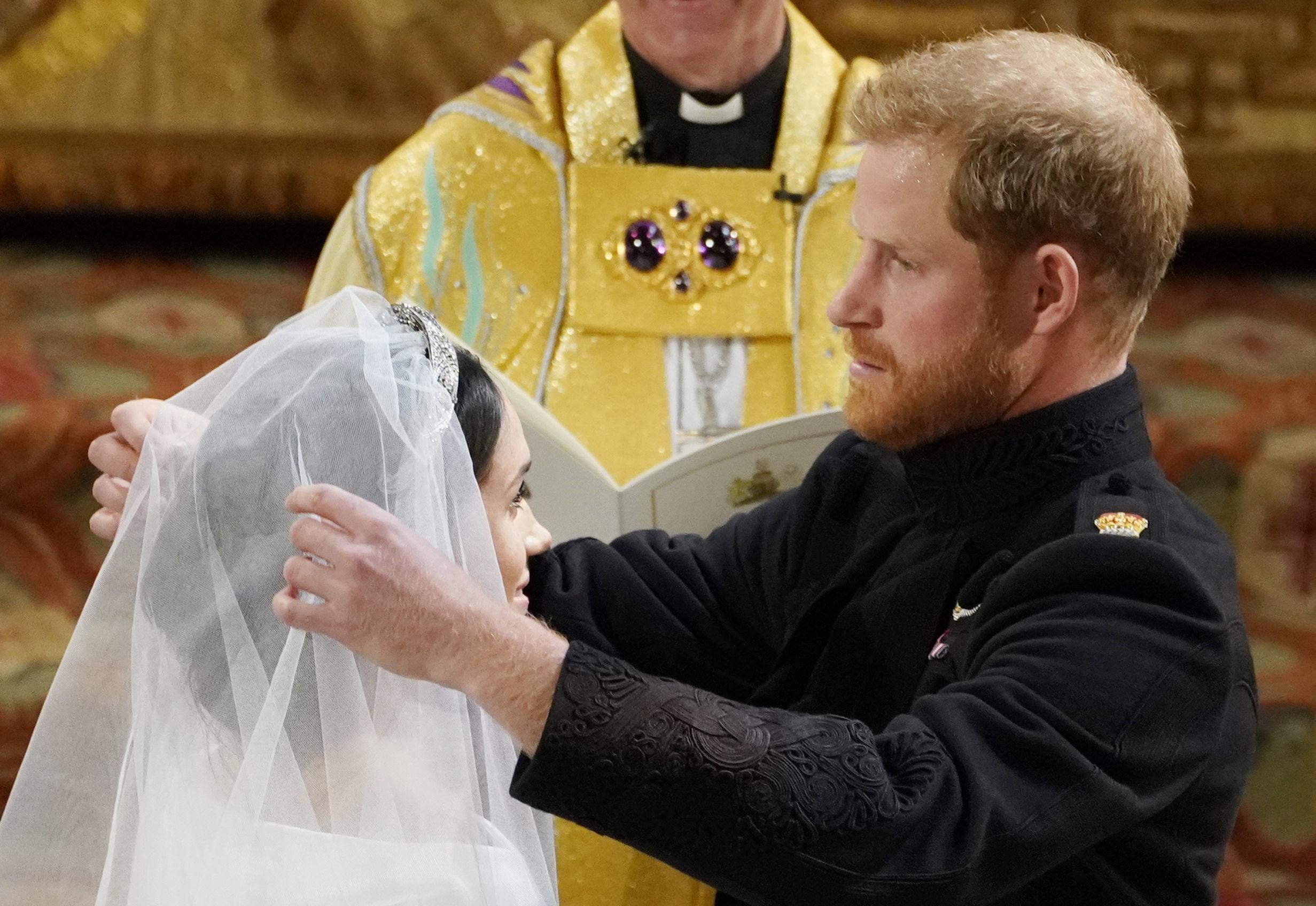 The bride also wore a stunning five metre long veil, decorated with hand-embroidered flowers representing all 53 countries of the Commonwealth – a design detail requested by Meghan herself.

Prince Harry couldn't keep his eyes off his bride – answering "I will" as he tied the knot with his US actress love. 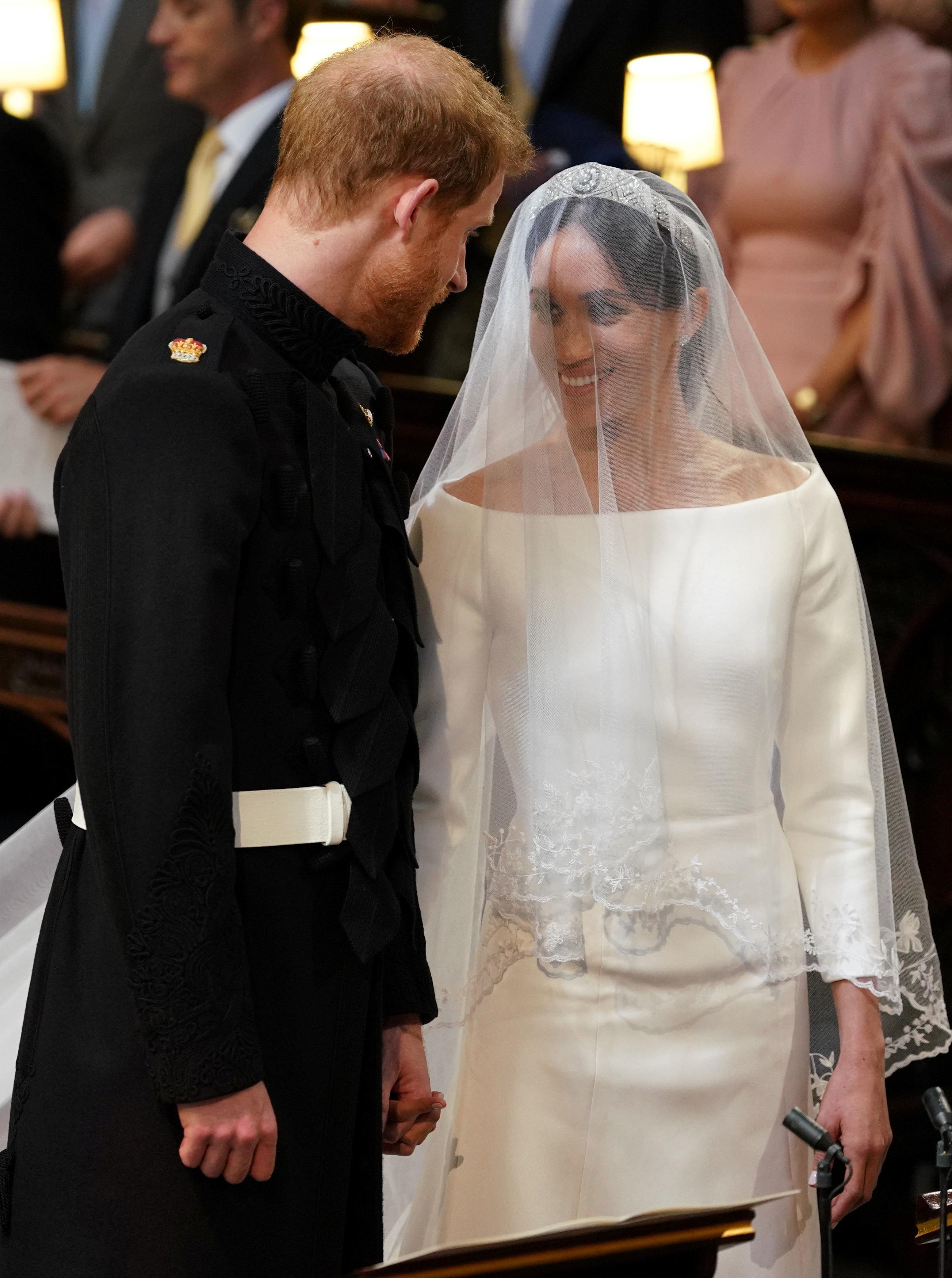 The royal had shown his romantic side, handpicking several flowers yesterday from their private garden at Kensington Palace to add to the bespoke bridal bouquet

Meghan glowed as she answered the same, with the crowds of thousands outside the chapel bursting into applause.

The couple today exchanged their vows in front of a star-studded crowd of hundreds including the Clooneys, Elton John and the Beckhams.

The Royal family was front and centre in the chapel, with the Queen and an unaided 96-year-old Prince Philip cheered as they walked into the chapel this morning.

And the US actress' mum Doria, who flew into London from the US this week, was seen in tears during the ceremony.

Want to celebrate Harry and Meghan's wedding like a royal?

We've made a brand new Snapchat lens just for the big day!