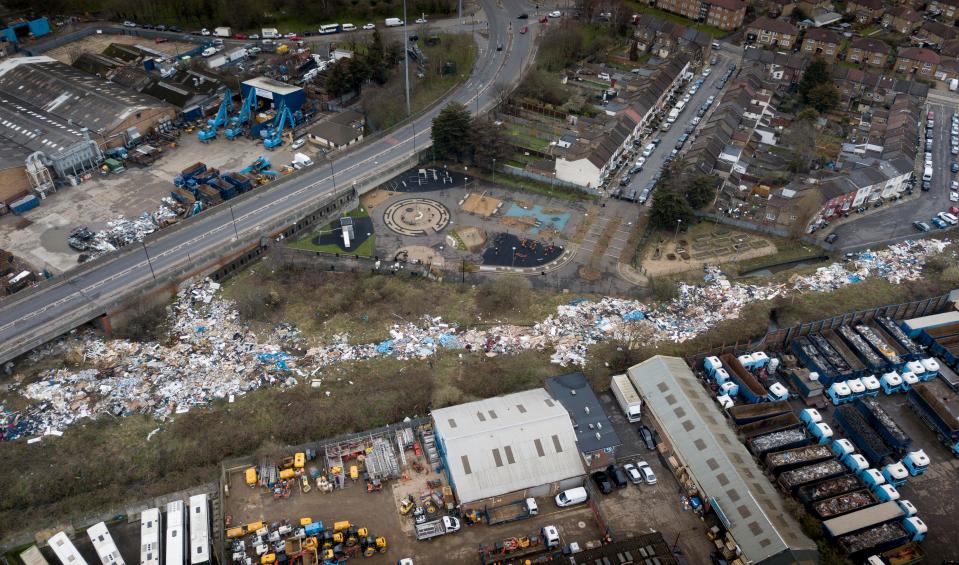 They revealed that in 2016/17 there were 492,139 cases where waste the size of a small van or tipper truck was illegally dumped.

Put together the vehicles would form a 1,459-mile queue, with the amount of fly-tipped rubbish circling the M25 12 times. That’s before bin bags, car-boot loads and single items were added.

Councils cover the full cost of successful prosecutions. The Local Government Association wants to speed up how they can recover the money earned in fines. The system is slow, costly and unsustainable given  England’s authorities face a £5billion funding shortfall  by 2020.

He said: “We need a more effective system.” Mr Tett also wants manufacturers to take back more old furniture and mattresses when customers buy new from them.

Death in Paradise fans fume at Neville and Florence cliffhanger ‘Have to wait a year!’