Russia has condemned US sanctions against Venezuela’s state oil company as ‘illegal’ while China has warned they will hurt the livelihoods of ordinary people and complicate the situation in the crisis-hit country.

The sanctions will hit state-owned PDVSA, Venezuela’s largest source of revenue, as President Nicolas Maduro faces a challenge from opposition leader Juan Guaido, who has won the backing of the US and other Western nations.

The warnings from Beijing have been echoed by the former president of Uruguay, José Mujica, who said ‘the drums of war are sounding strong,’ and that Venezuela is facing ‘imminent open conflict’. 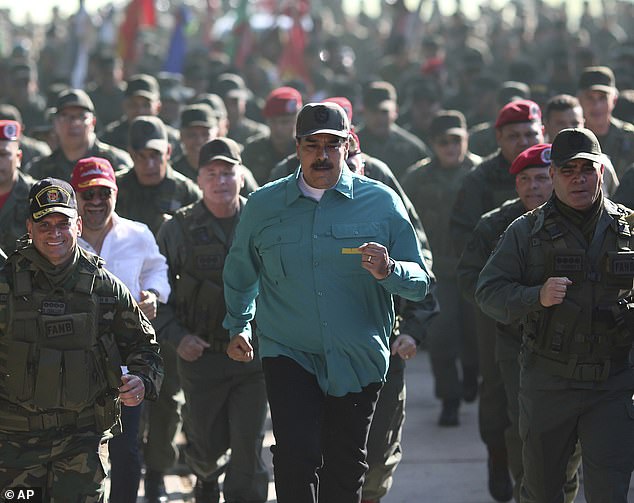 This comes as Guaido declared all options are on the table when asked about a possible military option in Venezuela when asked in an interview with CNN.

Guaido said he believed he achieve a peaceful transition away from Maduro and eventually free elections.

However, he also said he had spoken to US President Donald Trump a number of times and, when asked about possible military options in Venezuela, said all options were on the table.

Speaking at a press conference in Moscow earlier today, Kremlin spokesman Dmitry Peskov said:  ‘The legitimate authorities of Venezuela have already labelled these sanctions illegal. We can wholly support this point of view.

Peskov called the sanctions an ‘overt intervention in Venezuela’s domestic affairs’ and a case of ‘illegal competition’. 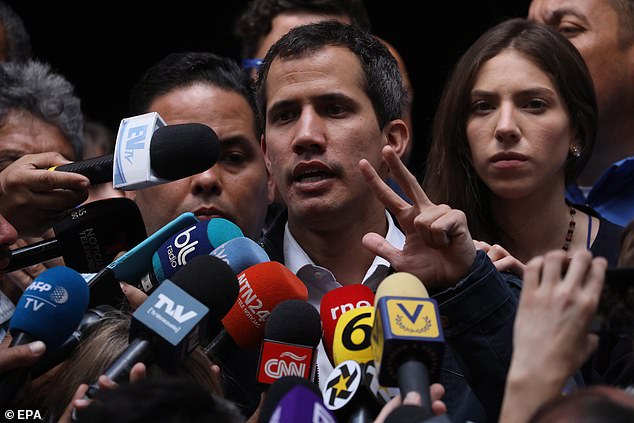 Backed by the West: Opposition leader Juan Guaido said he hoped for a peaceful transition, but echoed US President Donald Trump when he said ‘all options are on the table’ 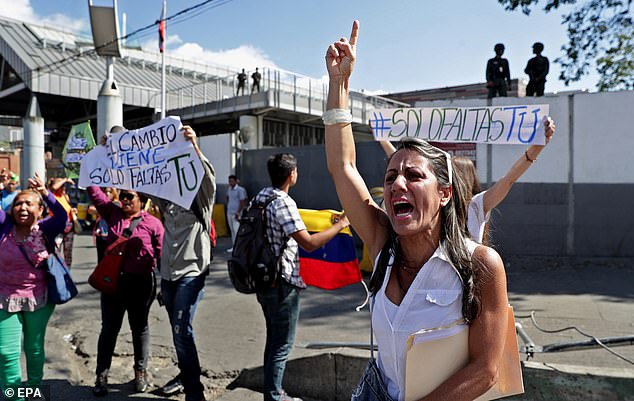 Protesters arrive at the control post of the presidential residence, known as La Casona, to deliver the Amnesty Law, approved by parliament, which tells troops they are guaranteed protection if they defy Maduro 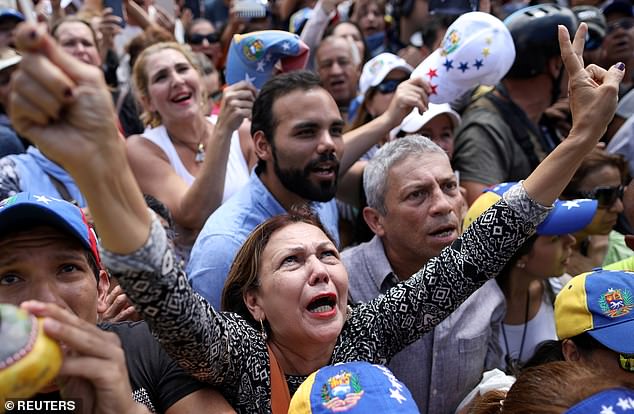 ‘The US has… publicly taken a course toward illegal regime change,’ he said Tuesday, adding that  Russia will ‘do everything to support the legitimate government of president Maduro.’

‘Historical experience has proved that external interference or sanctions will only complicate the situation and will not help solve practical problems,’ Geng said.

The sanctions ‘will lead to a deterioration of the people’s livelihoods in Venezuela, and (those who imposed them) should be responsible for the serious consequences.’ 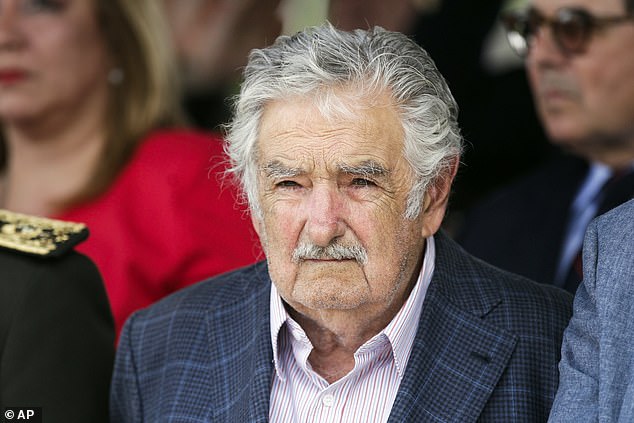 Uruguay’s former President Jose Mujica, pictured in October, said Venezuela faces ‘imminent open war’ and that Trump declaring a military option as on the table had ‘the smell of oil’

At least 40 people are believed to have been killed in Venezuela’s recent violence, including 26 shot by pro-government forces, the United Nations said today.

More than 850 people were detained between January 21 and January 26, including 77 children, some as young as 12.

On January 23, 696 people were detained across the country, the highest daily number of detentions in Venezuela in 20 years.

In an interview with Uruguayan newspaper El Periodico, ex-President Mujica said ‘the drums of war in the Caribbean are sounding strong because of the Venezuelan situation’.

He called it ‘childish’ to discuss the legitimacy of either Maduro or Guaido, and said the ‘the painfully serious thing is the imminence of open war’ facing Venezuela.

In the wake of Donald Trump’s declaration that ‘all options are on the table’ – echoed by Guaido today – Mujica said ‘interests always move behind the war’, and that in the case of Venezuela, these had ‘the smell of oil’.

‘The raw, hard and naked truth is that the most conservative in the United States cannot accept that China and Russia end up handling the fate of Venezuelan oil, which is the root cause of the sudden impatience [to depose Maduro] that has attacked the United States.’

Who are The Masked Singer's season 6 finalists?

Toddler sinks to bottom of busy pool for FOUR minutes as people play around him before girl, 9, gets help – The Sun