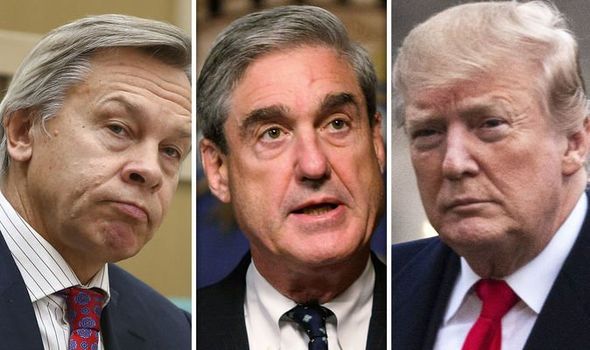 The report has concluded that there was no evidence that Trump’s campaign was helped by Russia. Both Russia and US leaders appear to be elated by the news. Russian Senator Alexei Pushkov hit out at the report in a rare English-language post on Twitter.

He said: “It was clear even before the Mueller report.

“From the very start it was a biased, artificial, provocative, conspiratorial, designed to fuel hatred towards Trump campaign.

“Its second goal was to demonise Russia and prevent any US moves towards better relations with Moscow.”

The Russian government has always insisted there was no collusion with the US during the Trump campaign. 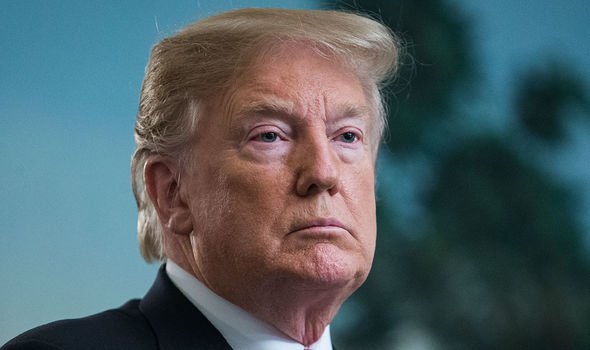 Mr Sushkov later wrote: “The conclusions of the Mueller investigation are a disgrace for the United States and its political elite.

“It has been confirmed that all the charges were made up out of thin air.

“The media played a shameful role of being instigators of a campaign based on lies. 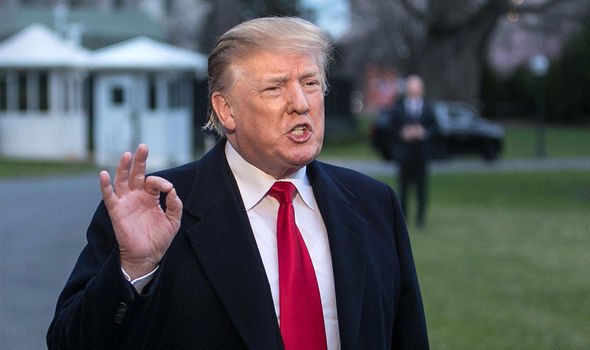 “Adherents of conspiracy theories have been discredited. From now on, only an idiot will believe them.”

US President Donald Trump has also claimed he is completely “exonerated” and called the investigation “evil”.

He told BBC News: “There’s a lot of people out there that have done some very, very evil things, very bad things. I would say treasonous things, against our country.

“It was a false narrative, it was a terrible thing, we can never let this happen to another president again, I can tell you that. I say it very strongly.”

Jet Airways, a Pioneer in India’s Skies, May Stop Flying

Float through the last days of summer in loose, breezy designs

Who is Akeem Griffiths? Big Brother star and Welsh consultant who's up for eviction