Ruth Madoff is back living a life of luxury in a $3.8M waterfront mansion in Connecticut owned by first wife of son Mark who hanged himself after Ponzi king dad Bernie’s arrest

Ruth is understood to have been living in the $3.8 million Old Greenwich home since September last year after moving out of her rented 989-square-foot apartment in the area.

Records show the home is owned by her former daughter-in-law Susan Elkin, 56, and her new husband Richard, who runs Gotham Technologies, a water management group.

Susan was the first wife of Ruth and Bernie’s elder son, Mark. The couple had two children – Daniel, 29, and Kate Madoff, 26 – before Mark hung himself on December 11, 2010 – the second anniversary of his father’s arrest.

He and brother Andrew had been the ones who turned him in but after years of negative headlines he was unable to move on, and he took his own life at the age of 46.

A woman who answered the door to The New York Post said: ‘She is here, but she’s not available.’

Ruth had stuck by her husband of more than 50 years when he confessed to running the world’s biggest Ponzi-scheme that defrauded thousands of victims of $64 billion. 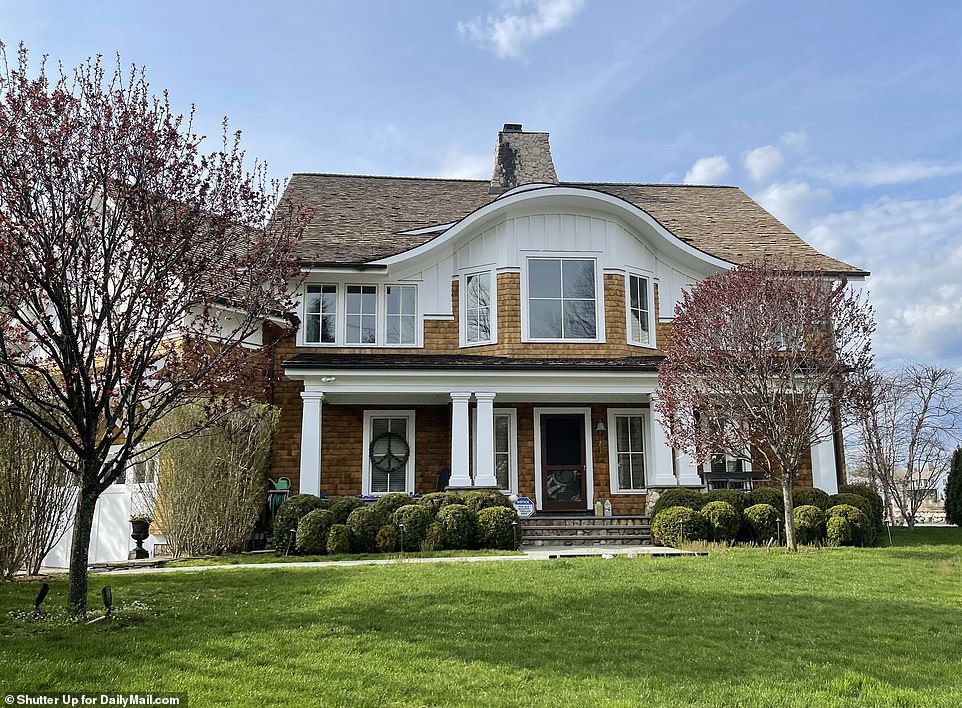 Ruth is understood to have been living in the $3.8 million Old Greenwich home (pictured)  since September last year. The four bedroom, four bathroom house boasts stunning views of the water, and a beautiful back deck – and is reminiscent of the sprawling Hamptons property that Ruth once shared with her husband 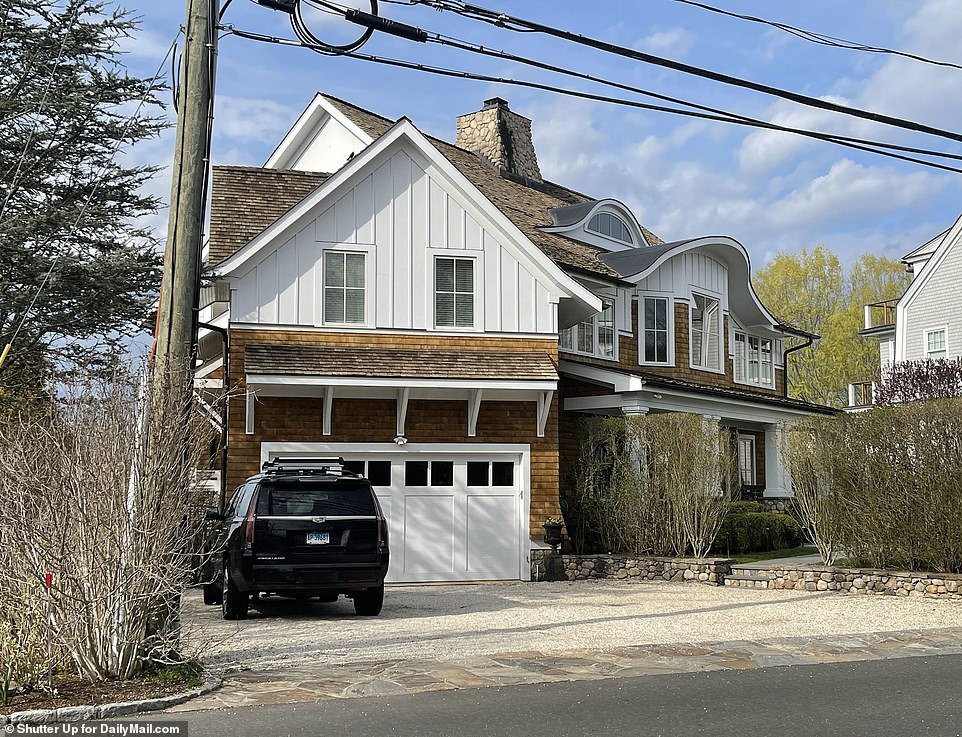 Records show the home is owned by Susan Elkin and her husband Richard, who runs Gotham Technologies. Susan was the first wife of Ruth and Bernie’s elder son, Mark; the couple had two children – Daniel, 29, and Kate, 26 – before Mark hung himself on December 11, 2010 – the second anniversary of his father’s arrest 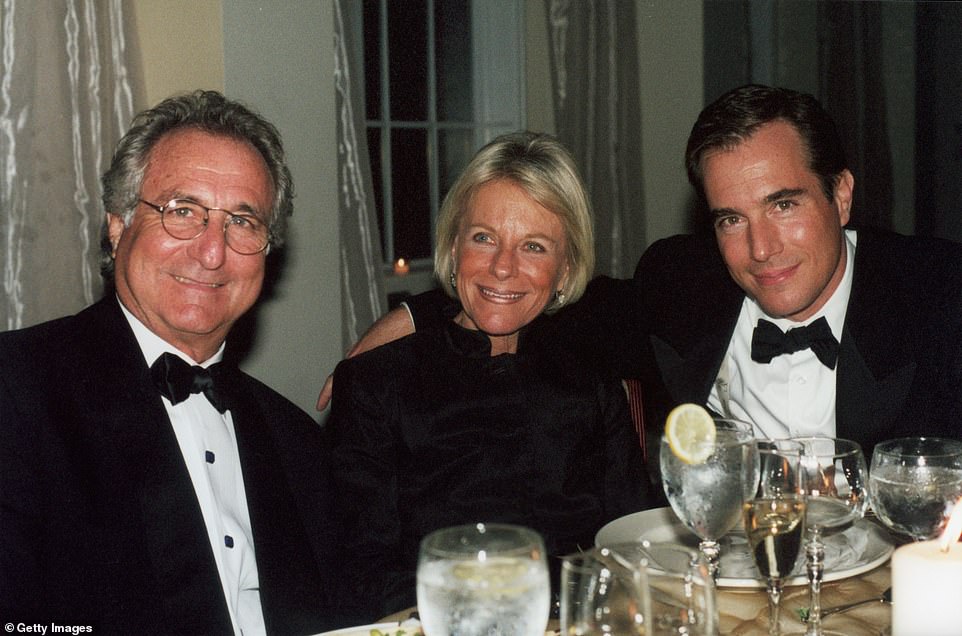 Disgraced financier Bernard Madoff, left, with his wife Ruth, center, and son Mark, right, who committed suicide in 2010.  They are pictured in 2001. Ruth is understood to have been living in an Old Greenwich home owned by Mark’s first wife 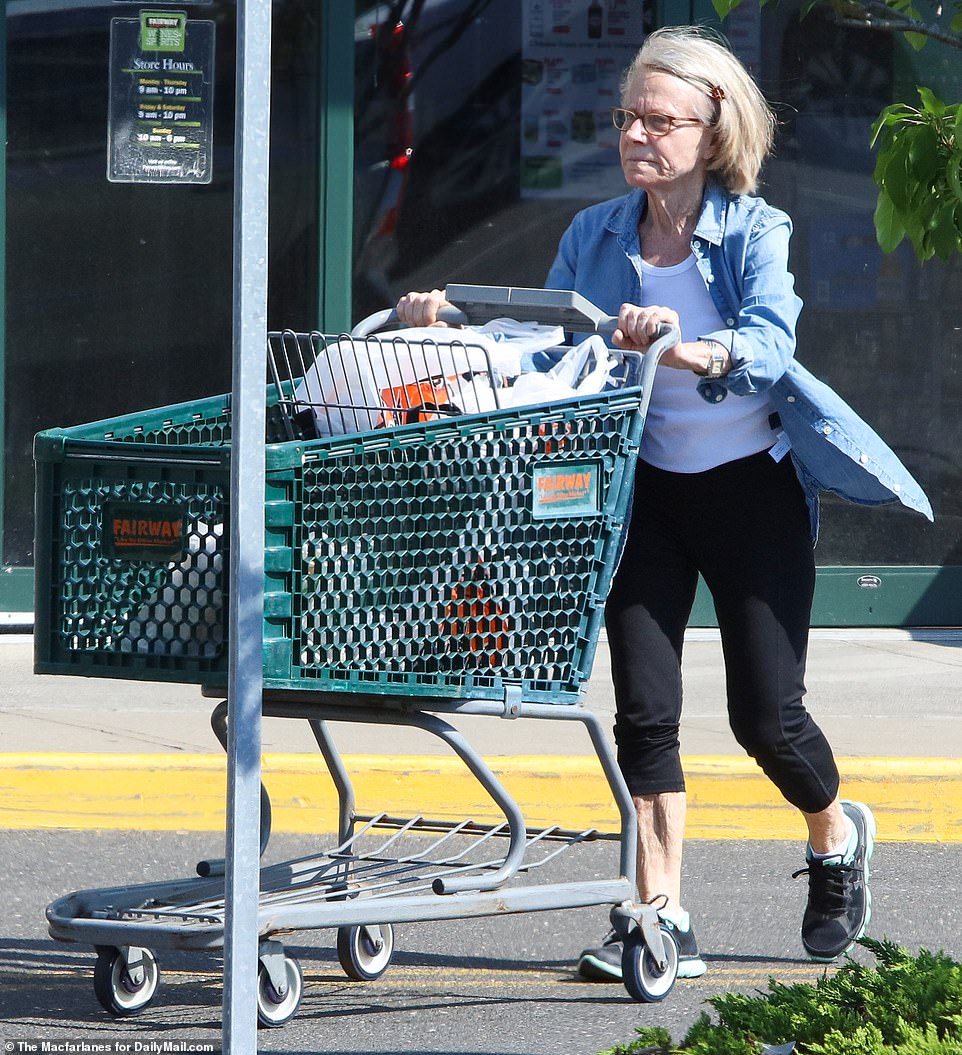 After her husband’s Ponzi scheme was brought to light, Ruth (seen in 2017) fled Manhattan in shame and has been exiled in Greenwich, Connecticut, ever since – where she lives an incredibly frugal life, a world away from her once-glittering lifestyle 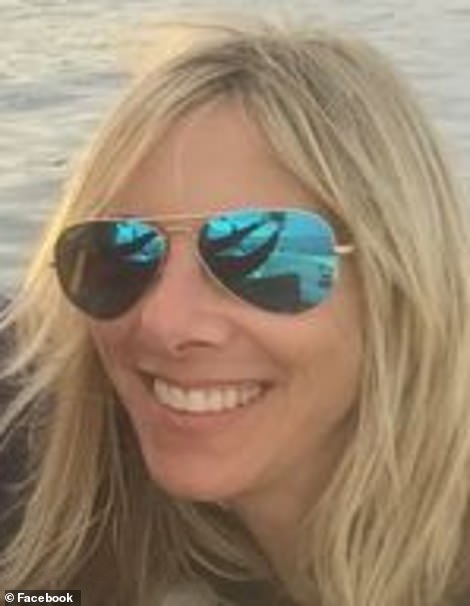 Records show the home is owned by her former daughter-in-law Susan Elkin, 56, pictured, and her new husband

Ruth, who took $2.5 million in cash in exchange for surrendering a claim to his $80 million fortune, is understood to have moved to Old Greenwich as her new home so that she could be close to her two eldest grandchildren.

Ruth and Bernie’s younger son Andrew is said to have banned her from contacting his two daughters, her grandchildren, Anne and Emily. Andrew passed away from lymphoma in September 2014.

In the wake of his suicide, Mark’s second wife, Stephanie Madoff Mack released an explosive tell-all book about the Madoff family, painting a deeply unflattering, and at times very pitiful, portrait of her mother-in-law.

Madoff Mack claimed that Ruth was so obsessed with dieting that she would pour salt all over food to prevent herself from eating it – but would then dig the carcass of a roast chicken out of the trash so she could lick the bones clean.

She also wrote that Bernie would make crude remarks about his daughters-in-law in front of his wife – and their sons – with Madoff Mack recalling one incident when Madoff ‘ogled’ her bottom and remarked how big it was when she was pregnant, while on another occasion, he complimented the body of Andrew’s wife Catherine, before remarking that she ‘could have been heavier on top’.

According to Ruth’s daughter-in-law, Madoff’s infidelity made her all the more insecure about her appearance – and Madoff Mack claimed in her book, The End of Normal, that Ruth regularly got Botox and filler, had veneers, and had undergone two facelifts in order to maintain her youthful appearance – all in an attempt to meet Madoff’s high standards.

The 79-year-old, who married Madoff when she was just 18, fled Manhattan in shame after her husband’s arrest in 2008, and had been living in exile in Greenwich, Connecticut, since 2012.

Remarkably, Ruth has always maintained that she knew nothing of her husband’s schemes, despite doing the company books for years. 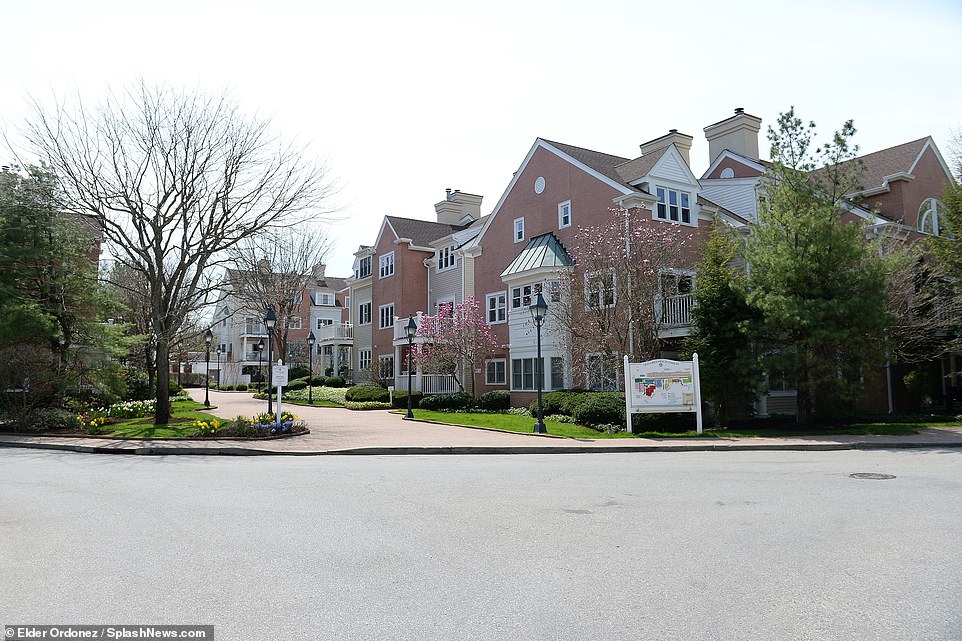 Ruth had been living in this modest apartment complex in Old Greenwich, however she is reported to have moved in with her former daughter-in-law Susan Elkin in September 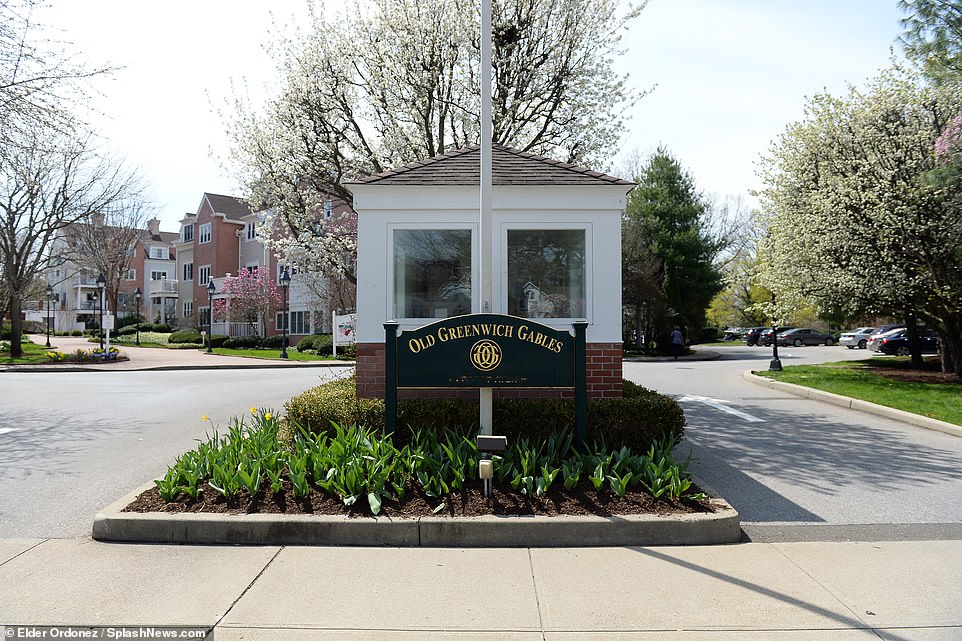 Ruth, who took $2.5 million in cash in exchange for surrendering a claim to Bernie’s $80 million fortune, is understood to have moved to Old Greenwich so that she could be close to her two eldest grandchildren. General View of Ruth Madoff ‘s old apartment complex

Throughout their marriage, Ruth enjoyed an incredibly lavish lifestyle courtesy of her husband’s $80 million fortune; the couple split their time between their $7 million penthouse on Manhattan’s Upper East Side and a palatial $4 million mansion in the Hamptons – just two of many homes they owned.

In addition to the New York and Long Island properties, the Madoffs had an $11 million estate in Palm Beach, Florida, and a home in the south of France, as well as private jets and a yacht.

Throughout her marriage, Ruth enjoyed extravagant shopping sprees in Paris, spent tens of thousands of dollars on antique furniture for their penthouse, and was gifted a staggering $2.5 million worth of jewelry by her husband.

Before Bernie’s Ponzi scheme was laid bare, the couple seemed on the surface to have the perfect marriage.

However over the years, their decades-long relationship was revealed to have a much darker underbelly, not least as a result of Madoff’s underhanded financial dealings – which eventually saw him sentenced to 150 years in prison after he was handed over to the FBI by his own sons.

Madoff confessed that his business had been ‘all just one big lie’ during a meeting with Mark and Andrew at his Manhattan home, and despite his pleas that they give him 24 hours to get their family affairs in order, the brothers turned him into the authorities the following day. 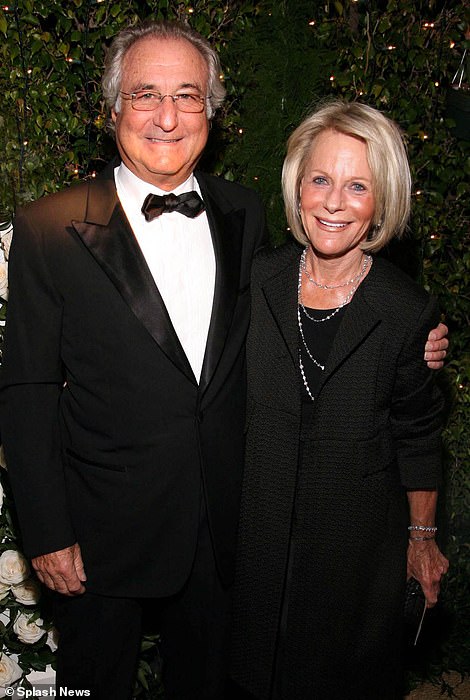 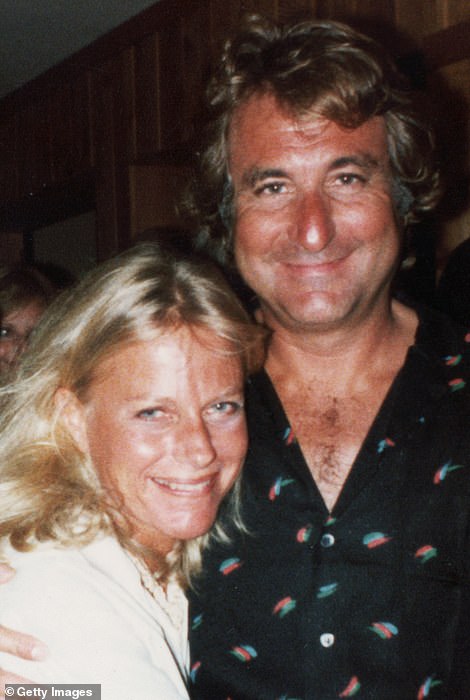 Ponzi-schemer Bernie Madoff, the man behind the world’s biggest fraud in Wall Street’s history, passed away in prison on Wednesday, leaving behind wife Ruth, whom he was married to for more than 60 years 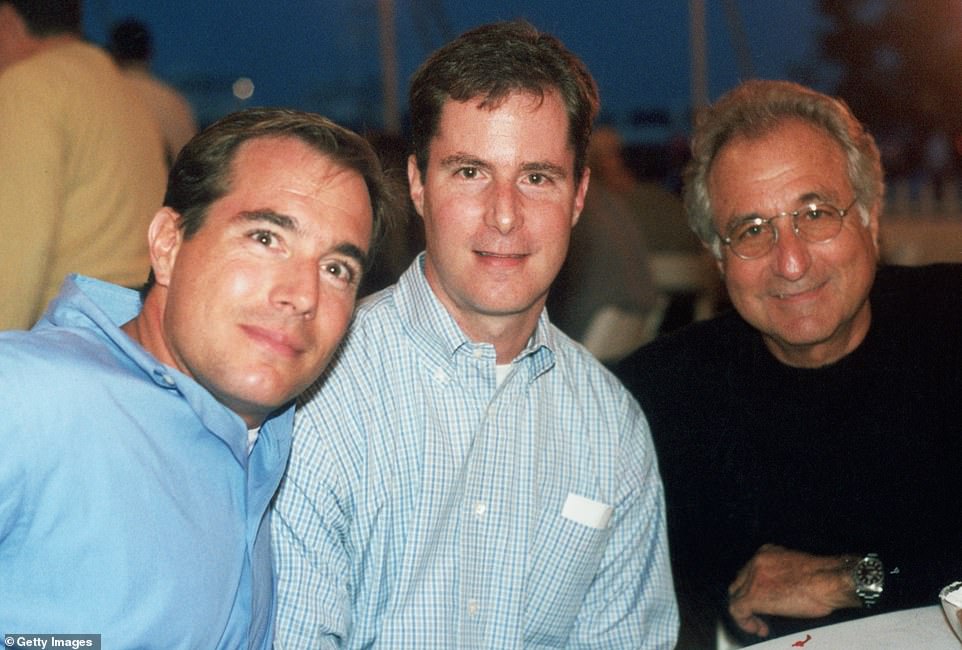 Ruth has been left as the sole survivor of her family after her husband’s death. Their son Mark (left) hung himself in December 2010, while Andrew (center) died of lymphoma in September 2014

After his arrest and eventual incarceration, details about Bernie’s constant criticism of Ruth came to light, while friends and family claimed that she had lived in ‘fear’ of her husband throughout much of their marriage.

It was also reported by Vanity Fair that her appearance was carefully curated during the early years of their rise through Manhattan’s elite society to ensure that she embodied a ‘perfectly preserved and packaged society wife’, with friends revealing how Ruth maintained her looks through rigorous personal training sessions, regular hair appointments, and even cosmetic procedures.

Ruth herself even offered a glimpse into the darker realities of their marriage, telling a biographer in 2011 that her husband frequently criticized her to the point where she thought she would be ‘fired’ as his wife – and revealing that Bernie had a 16-year-long affair with a woman named Sheryl Weinstein.

‘I always felt like I was going to be fired,’ she told Laurie Sandell, author of the Madoff tell-all Truth and Consequences.

She was so paranoid he was going to cheat on her that she only allowed him to travel for 24 hours alone at a time.

Following his arrest, Ruth confessed that she turned to alcohol to attempt to deal with the fallout from the scandal, revealing that she would regularly slip into what she called a ‘rosé coma’.

But despite his constant criticism, lengthy affair, and scandalous financial dealings, Ruth never faltered in her public support of her husband – and in a 2011 interview with 60 Minutes she even revealed that she had tried to commit suicide alongside him just months after his arrest, because they ‘couldn’t go on anymore’.

In her first interview since her husband’s imprisonment, the diminutive blonde recalled how the couple swallowed a large number of pills and then lay down on their bed next to each other on Christmas Eve 2008 hoping to die, however they woke up the next morning unharmed.

During Madoff’s trial, Ruth was vilified by the public, and faced furious backlash over her decision to support him – and, initially, her apparent lack of contrition or sympathy for her husband’s tens of thousands of victims, many of whom lost everything as a result of his Ponzi scheme.

When it was revealed that she had cut a deal with prosecutors to keep $2.5 million of her husband’s wealth in exchange for surrendering a claim to his $80 million fortune, public bitterness towards her increased ten-fold, particularly after she finally spoke out, only to lament the fact that ‘the life she had known for 50 years was over’. 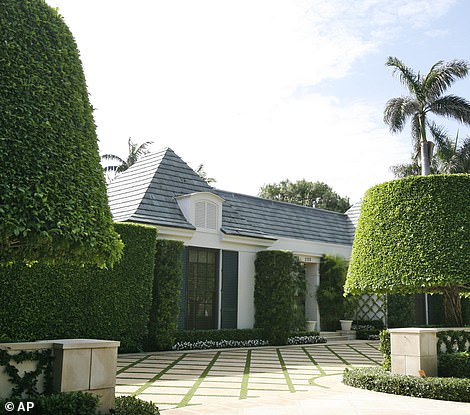 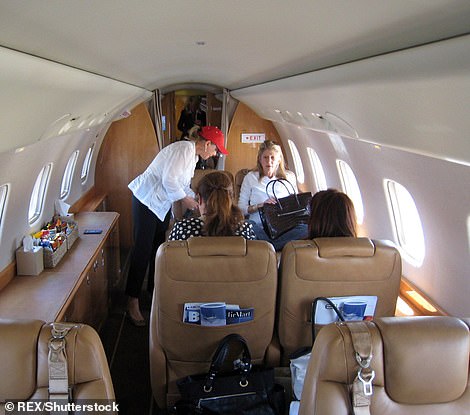 Getaway: The couple also had a property in Palm Beach, Florida (left) – which was paid for with his victims’ money – and a private jet (right), which Bernie was infamously particular about 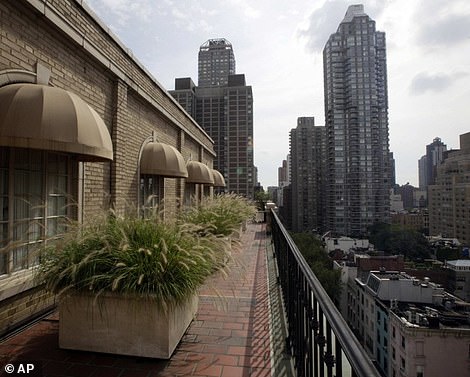 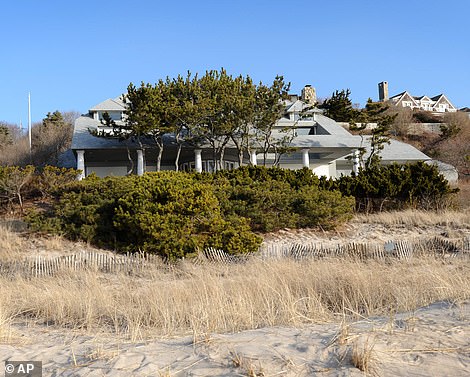 Lavish: During their marriage, Ruth had the run of several different properties, including a penthouse on Manhattan’s Upper East Side (left) and a palatial mansion in the Hamptons (right)

‘I am breaking my silence now, because my reluctance to speak has been interpreted as indifference or lack of sympathy for the victims of my husband Bernie’s crime, which is exactly the opposite of the truth,’ she said upon the news of her husband’s sentencing.

‘From the moment I learned from my husband that he had committed an enormous fraud, I have had two thoughts – first, that so many people who trusted him would be ruined financially and emotionally, and second, that my life with the man I have known for over 50 years was over.’

Ruth went on to express her ‘devastation’ for the victims of her husband’s crimes, many of whom, she said, were ‘her close friends and family’.

For Ruth – who was raised in a modest household in Queens, where she was known as Ruthie Alpern – the wealth and extravagance that came along with her husband’s financial success was entirely new.

However she seems to have been determined to succeed as the ideal society wife, if anything simply to please Madoff, and help his ascent in Wall Street wherever possible.

Girl, 6, dies after falling from third floor balcony as her mom remembers her ‘beautiful smile’ – The Sun

Jeffrey Epstein struck a secret deal in 2008. Here’s what it means for the current case