A SAILOR stranded on a ghost ship for four years was forced swim ashore to get supplies.

Mohammed Aisha was trapped in a nightmare of red tape when the ship was held by the authorities in Egypt. 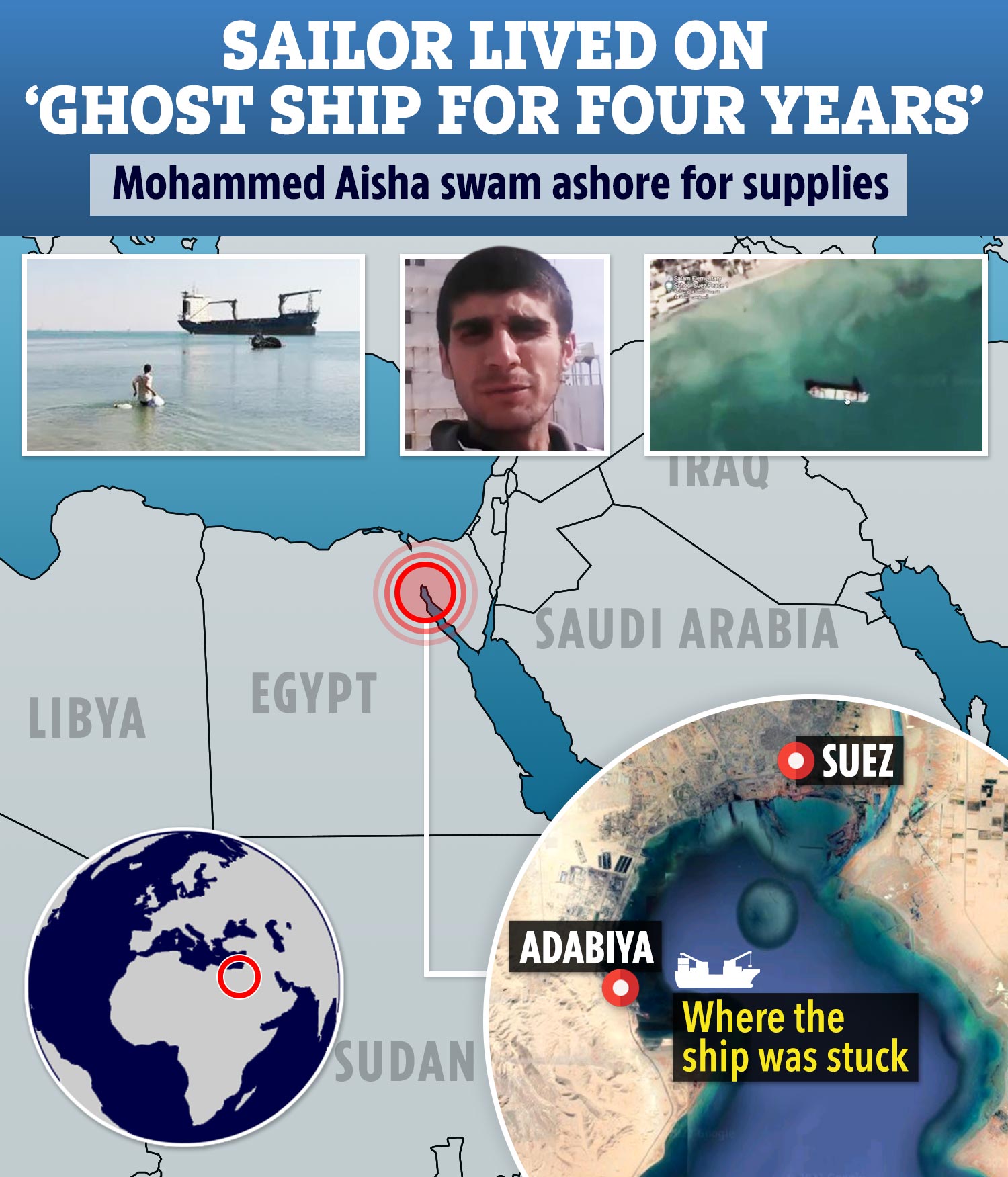 He has been legally obliged to stay on board the MV Aman as it has been moored near the southern entrance to the Suez Canal.

Mohammed has been alone on a vessel with no diesel and no power, and has been demoralised and increasingly unwell, as well as feeling suicidal.

He described he prison as being like a grave in the dead of night, with no light.

"You can't see anything. You can't hear anything. It's like you're in a coffin," he told the BBC.

A storm blew the Aman off its anchorage and it drifted five miles eventually running aground a few hundred yards from the shoreline.

Though he was terrified at the time Mohammed he was able to swim ashore every few days, buy food and recharge his phone. 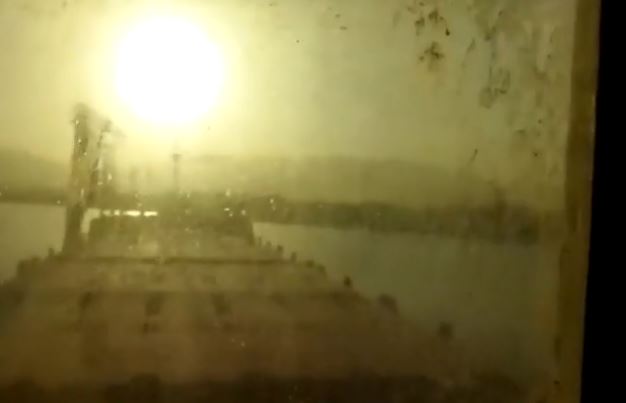 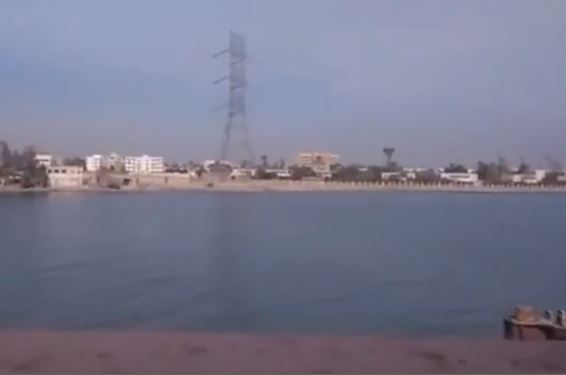 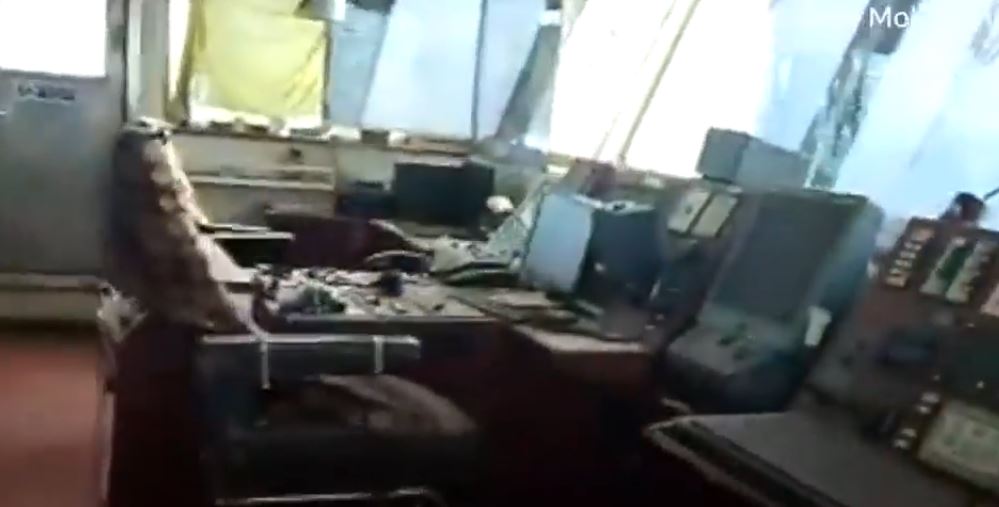 During his time on board watched as ships sailed past, in and out of the nearby Suez Canal.

Incredibly has even seen his brother, a fellow seafarer, has sailed past more than once and though they spoke on the phone, they were too far apart even to wave.

His ordeal began in July 2017, when the ship was detained at the Egyptian port of Adabiya because its safety equipment and classification certificates had expired.

What should have been a simple matter to resolve became complicated because the ship's Lebanese contractors failed to pay for fuel and ship’s owners in Bahrain were in financial difficulty. 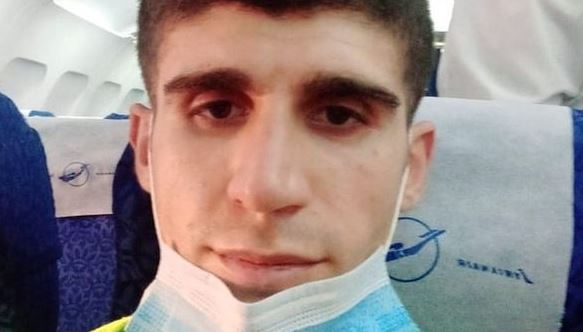 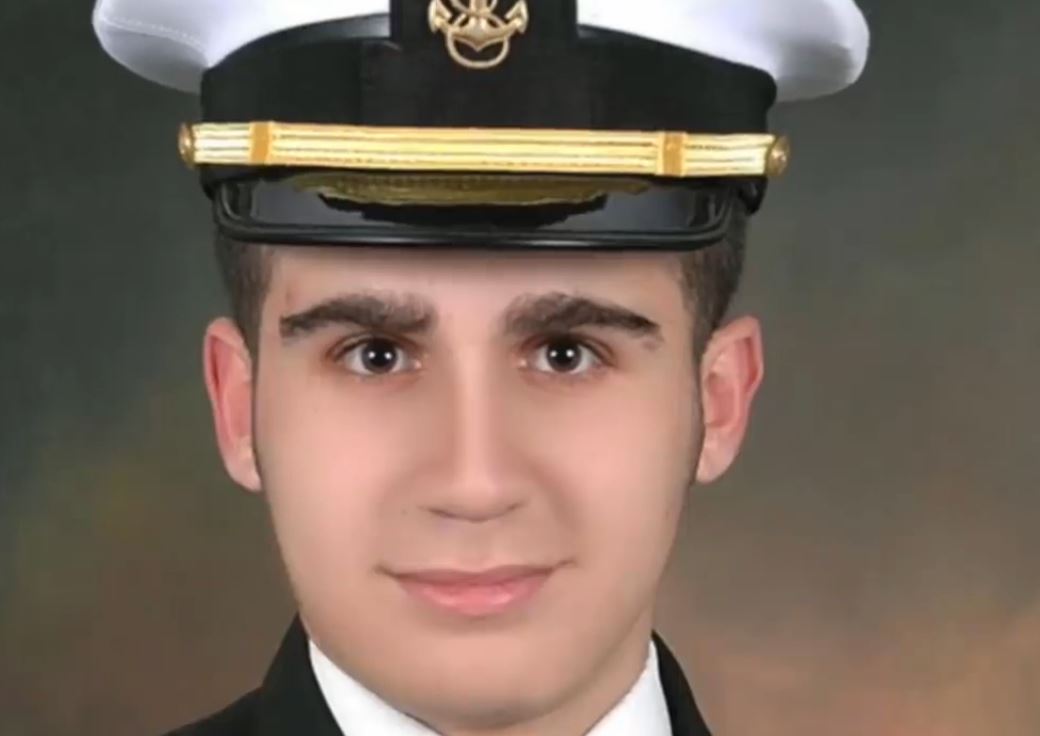 With the ship's Egyptian captain ashore, a local court declared Mohammed, who was the ship's chief officer, its legal guardian.

Mohammed says he wasn't told what the order meant and only found out months later, as the ship's other crew members started to leave.

A low point came in August 2018 when he learned that his mother, a teacher responsible for his excellent English, had died.

"I seriously considered ending my life," he told me.

He has finally been freed from thanks to the International Transport Workers’ Federation the global union federation for seafarers.

The union offered to the court to have one its union representatives in Egypt take Mr Aisha’s place and become the legal guardian of the vessel.

Mohammed has not returned to Syria but is determined to return to the job he loves.

“I am a chief mate and I was one step away from being a captain,” he said.

Mohammed was stranded near where the container ship the Ever Given became stuck in the Suez Canal.

The crew of the ship have smiled in their first picture since the ship brought world trade almost to its knees by blocking the Suez Canal.

The 25 Indian sailors have been onboard the 1,312ft megaship for two months and have no immediate prospect of going home after Egypt demanded $1billion in compensation.