Crooked sales rep who stole £30,000 of PPE from health bosses and sold it on eBay through the coronavirus crisis is jailed for more than two years

A crooked sales rep who stole £30,000 of PPE and sold it on eBay to pay for a darts trip has been jailed for two years and four months.

Gary Edwards, 40, from Wirral, Merseyside, stored the stolen equipment at his home and used part of the profits to fund VIP trips to darts tournaments with his girlfriend.

He claimed he had used the profits to feed his partner’s seven children and to decorate their home.

While Edwards, who worked for Supa Safety in Bromborough, Wirral, was selling the stolen PPE at ‘inflated prices’ his boss Amanda Maitra was forced to close one of her businesses and make staff redundant. 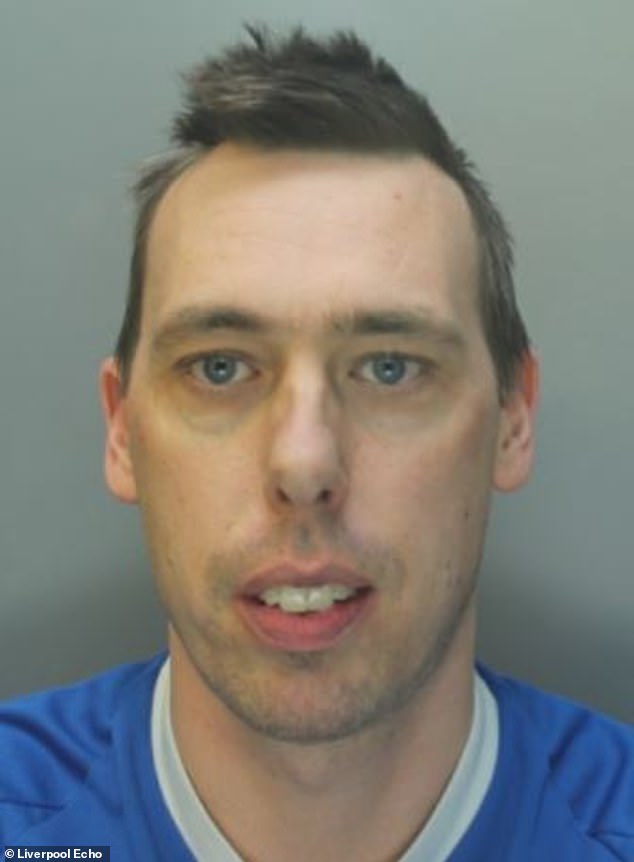 Gary Edwards, 40, from Wirral, Merseyside, stole £30,000 of PPE from his employer and sold it on eBay to pay for darts trips

Judge Neil Flewitt, QC, today said: ‘You were selling goods of this sort in March, when you knew they were badly required by the NHS and others treating the victims of this dreadful pandemic, and you still had stock advertised for sale as late as May 1.

‘It may be no exaggeration to say that the lack of that PPE may have lengthened the illnesses of some involved, it may have made others more vulnerable to catching this virus, and you must have been aware of that, and yet you continued selling or trying to sell it for your own financial gain.’

Judge Flewitt also said that the impact Edwards’s behaviour was responsible for people losing their jobs and denying Ms Maitra the ability to help health care workers ‘in their time of need’.

He also said Edwards had been selling his stolen equipment at ‘inflated prices’ while the NHS was ‘crying out’ for help.

The court heard Edwards was hired by Ms Maitra in 2017 as a driver delivering equipment such as masks, gloves, coveralls, footwear, disposable uniforms and hi-vis jackets and was soon promoted to a sales rep and given a pay rise, suit and £30,000 car.

Christopher Hopkins, prosecuting, said that Edwards had been ‘unofficially made office manager’ in June 2018 and was responsible for training colleagues and managing a £50,000 monthly order for the company Pharmapac.

However, in October 2018, Ms Maitra launched another company which saw Pharmapac’s monthly order halve, but Edwards continued to order the same amount of stock and sold the extra equipment on eBay.

In December 2018, Edwards was suspected by his employers after items went missing and an order for ear muffs had been concealed within another order.

His employers were unable to act until this year when Ms Maitra tried to donate equipment during the coronavirus pandemic but found her supplies were short.

Ms Maitra told the court her company had been inundated with calls from NHS workers about PPE after the outbreak of coronavirus. 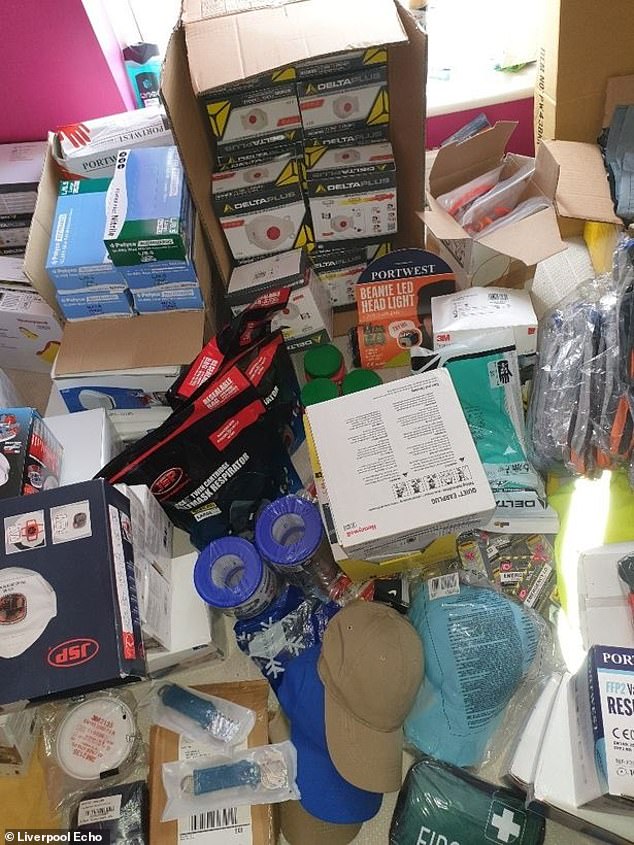 Mr Hopkins said: ‘People were crying out for PPE and she in her position in the company was wanting to assist by donating stock, but couldn’t because she discovered that at least some of it had been stolen.’

Ms Maitra said that Edwards had taken 38 ST70 suits and had been selling them at £30 each, when they normally cost £6.

Ms Maitra said that Edwards’s actions had a major impact on her mental health and made her question who she could trust.

She was alerted to an eBay account, Safety Hands 18-8, selling equipment similar to what had gone missing.

Her husband rang Edwards, who was on holiday at the time, and confronted him about the account and demanded that he return his company car. 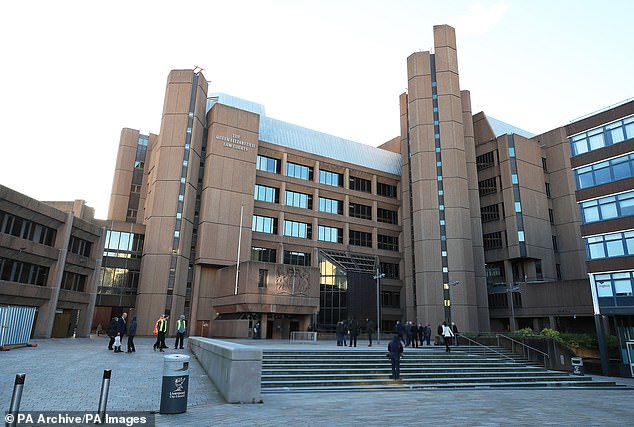 He was arrested on May 1 after a second eBay account was found to be selling similar stock, with Edwards trying to profit from his remaining stash.

Edwards, who has no previous convictions, admitted to theft by employee.

Paul Davison, defending, said his client felt he was too far involved in selling the PPE to be able to stop.

Prosecutors accepted that Edwards had only stolen £30,000 of equipment and not the alleged £40,000.

Your Taurus Monthly Horoscope for July