Hollywood actress Hayek’s hubby businessman Francois-Henri Pinault made the announcement just hours after the inferno at the 850-year-old landmark in the heart of Paris.

Pinault, who married Hayek in 2009, is the chief executive of Kering, which owns brands like Gucci and Yves Saint Laurent.

He offered up 100 million euros (£86million) as the daylight reveals the extent of the destruction at Notre Dame.

Parisians wept last night as the inferno tore apart the iconic structure – with the spire collapsing into the abyss of the flames.

The world has reacted in mourning as the cathedral which has survived two World Wars appears to have destroyed an in accident linked to ongoing renovations.

“Notre Dame is our history, our imagination, where we’ve lived all our great moments, and is the epicentre of our lives”

Pinault’s offer came as French president Emmanuel Macron launched fundraising efforts to save and rebuild the iconic structure as he visited Notre Dame.

“Notre Dame is our history, our imagination, where we’ve lived all our great moments, and is the epicentre of our lives,” Mr Macron said.

“It’s the story of our books, our paintings. It’s the cathedral for all French people, even if they have never been.

“But it is burning and I know this sadness will be felt by all of our citizens.” 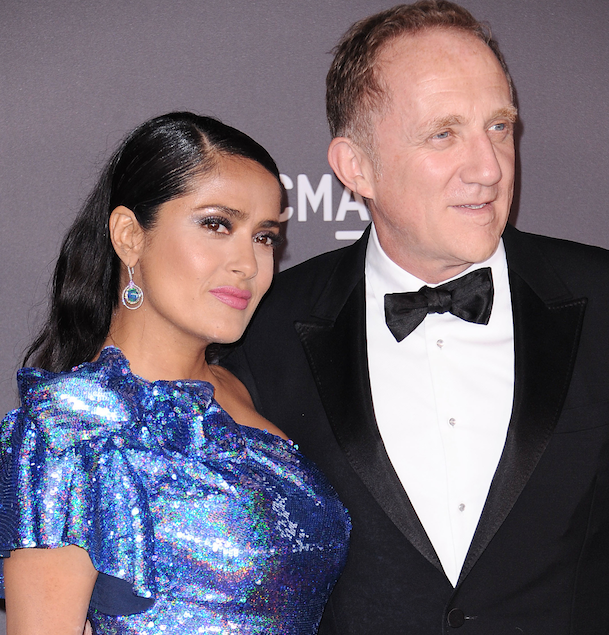 It is expected to take several days to completely extinguish all remaining pockets of fire, dampen down hotspots and secure the world-famous edifice.

The Paris prosecutors’ office said police will carry out an investigation into “involuntary destruction caused by fire”.

It indicates authorities are treating the blaze as a tragic accident for now.

Arson, including possible terror-related motives, was earlier ruled out. 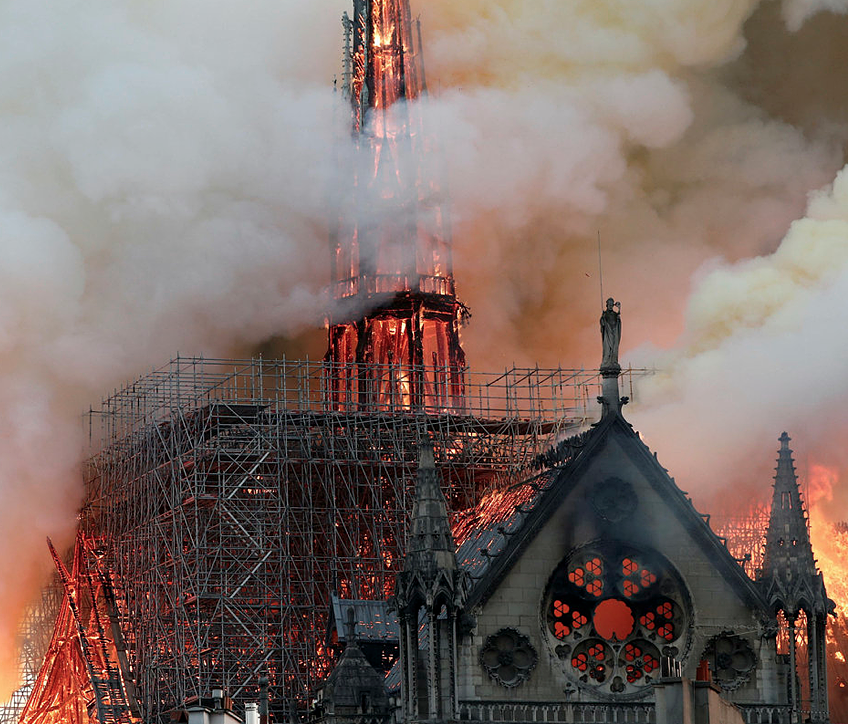 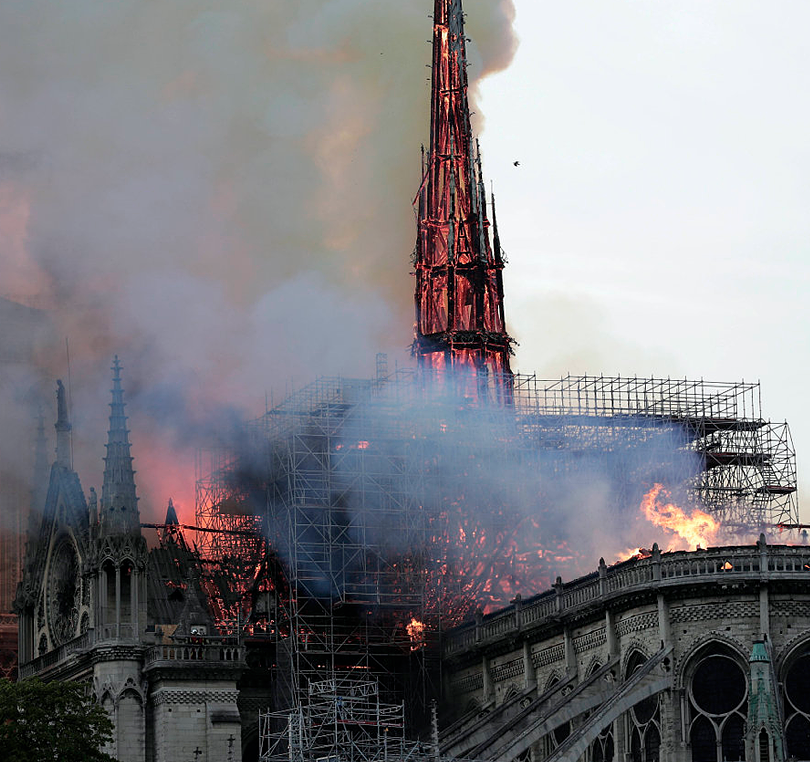 The first harrowing images from within the fire-ravaged cathedral began to emerge as firefighters brought the blaze under control.

A smouldering pile of what appeared to be the charred remains of the roof and spire lay smoking in front of the altar, while a cross that had escaped destruction glowed from within the gloom.

Gilded candlesticks, artworks and furnishings were among the treasures seen being rushed from the cathedral by a “human chain” before being bundled into trucks by police officers.

Some of the cathedral’s most precious objects, including a relic purported to be the crown of thorns worn by Jesus Christ on the cross, were whisked away to a secure facility. 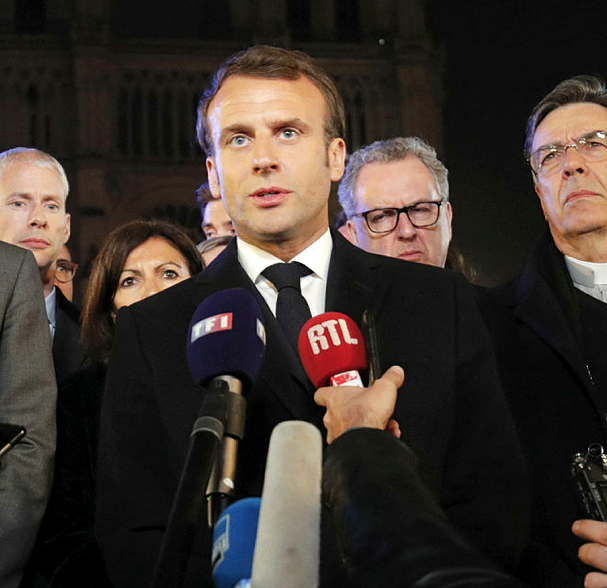 Despite fire racing through Notre Dame’s roof, firefighters were able to prevent the blaze consuming the cathedral’s main structure, including its two bell towers.

There were hopes that the three famous rose windows, which date back to the 13th century, avoided catastrophic damage, while the bells that have rung out at key moments in France’s history were thought to be safe.

Concerns over the scale of the damage to Notre Dame came as expressions of grief were sent to Paris from around the world.

Prime Minister Theresa May sent her wishes to the French capital from her walking holiday with her husband in Wales, where she is spending the beginning of parliamentary recess. 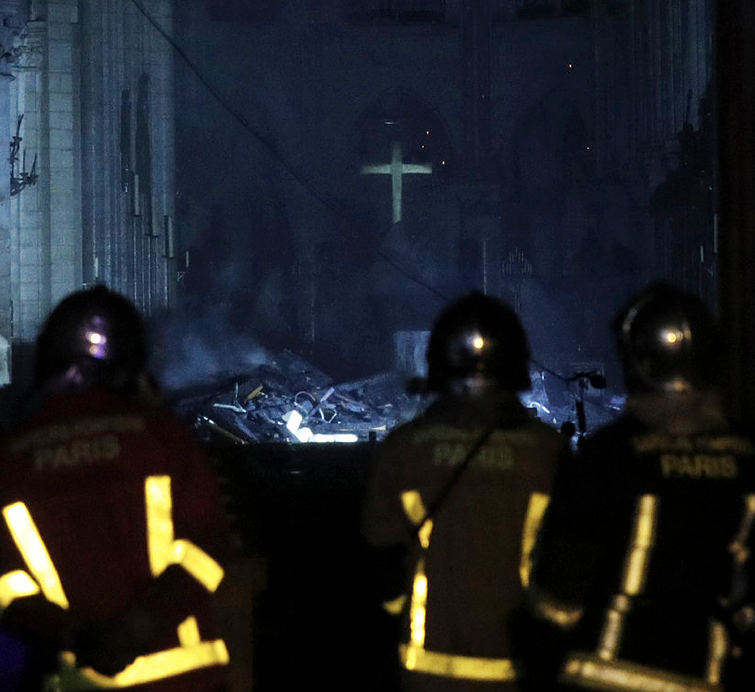 Notre Dame is one of Paris’s oldest and most recognisable buildings, and work began on it in 1163.

The original structure was completed nearly 200 years later, in 1345, and its name literally translates to “Our Lady of Paris”.

Some 13 million people now visit the Catholic landmark every year – more than 30,000 every day on average – according to its official website, and it is believed to be one of the most visited structures in the French capital.

What does Colt from 90 Day Fiance do for a living?