‘Don’t try this at ho… oh my god!’ Schoolgirl’s science experiment goes drastically (and hilariously) wrong when she sets FIRE to her dining table

This is the hilarious moment a schoolgirl set fire to her dining table after a science experiment went horribly wrong.

In an attempt to show how to set fire to a $1 bill but ‘keep it intact’, she dipped the note into a tub filled with alcohol.

But as she lit the dollar with a lighter she accidentally set fire to the entire container filled with liquid ethanol. 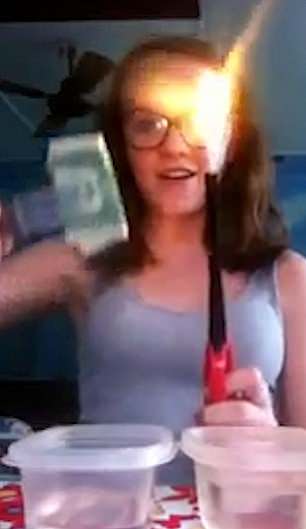 Don’t try this at home: The schoolgirl accidentally sets fire to her dining table when her science experiment goes terribly wrong

As the girl scrambled to try and put the fire out, she knocked over the tub and set the tabletop alight.

The clip begins with the girl, from somewhere in US, explaining to the camera that she’s going to soak a dollar bill in alcohol, set it on fire and put it out.

Ironically, she says ‘don’t try this at home unless you know what you’re doing’ as she holds the note with two forks and dips it in the liquid ethanol.

The schoolgirl then grabs a lighter and sets fire to the money, just a few inches above the tub filled with the highly flammable alcohol.

The entire container catches fire and she starts to panic. 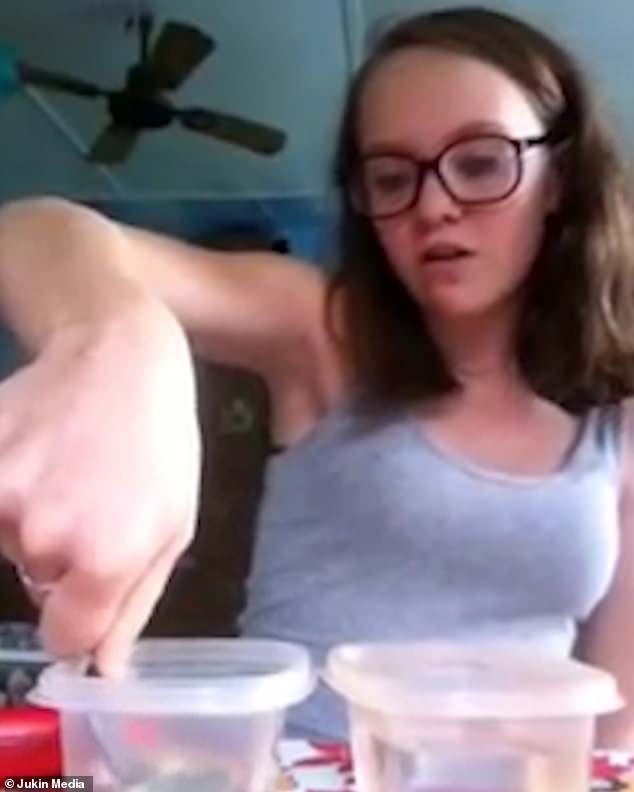 The girl, from somewhere in the US, soaks a dollar bill in ethanol before setting it alight using a lighter 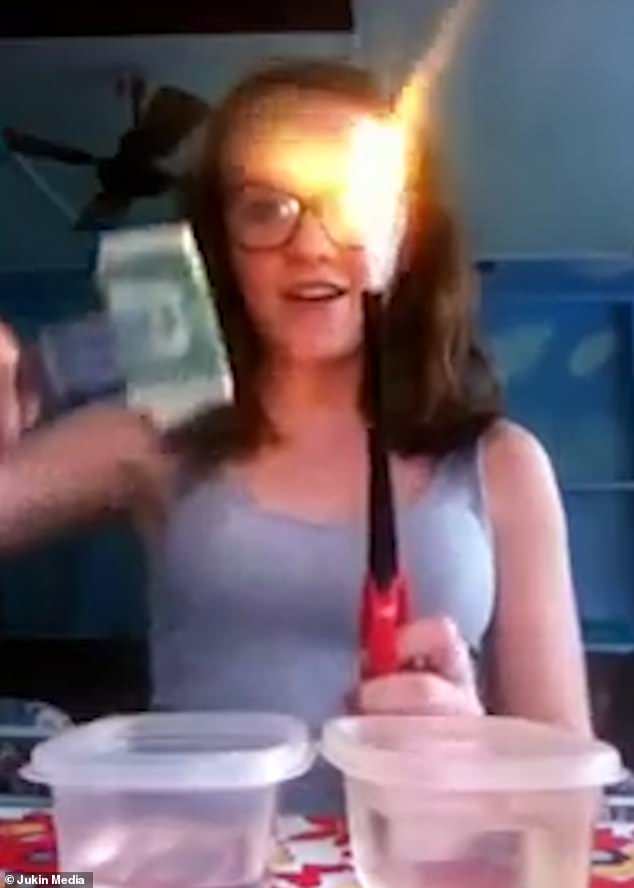 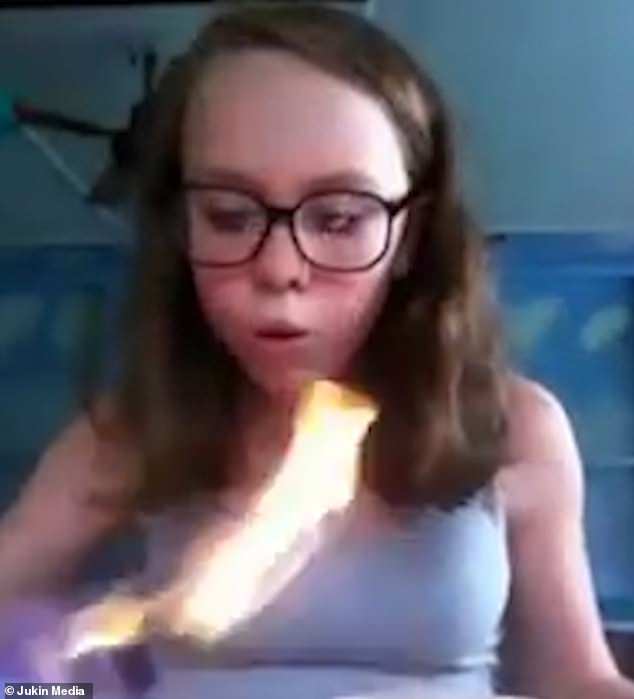 She blows out the flame and starts to panic, before spilling the container over the table

She pours a tub of water into the ethanol to try and put it out, but the ethanol spills over the top onto the table and catches fire.

The girl says ‘I don’t even know what I’m doing here’ before picking the container up and tipping the alcohol all over the table.

As the entire surface starts to catch fire she jumps up in a state of panic and switches the camera off.

PlayStation 5 could launch alongside a new PSVR headset, report claims