This ancient mummy's secrets had remained hidden for 3,500 years, but modern technology recently let researchers peek inside without disturbing it at all.

How researchers in Egypt used computerized tomography (CT) scans to "digitally unwrap" the mummy of Pharaoh Amenhotep I is especially significant because the mummy was one of the few found in the last few centuries not yet opened.

The mummy of Amenhotep I, who ruled from about 1525 to 1504 BCE, had been X-rayed in 1932 but had not been unwrapped due to its "perfect wrapping" and decorations of flower garlands and "exquisite face mask," topped with a painted cobra, researchers write in the peer-reviewed research journal Frontiers in Medicine.

They sought to use computerized tomography because it is more accurate than X-rays and can create 3-D images of bones and organs. 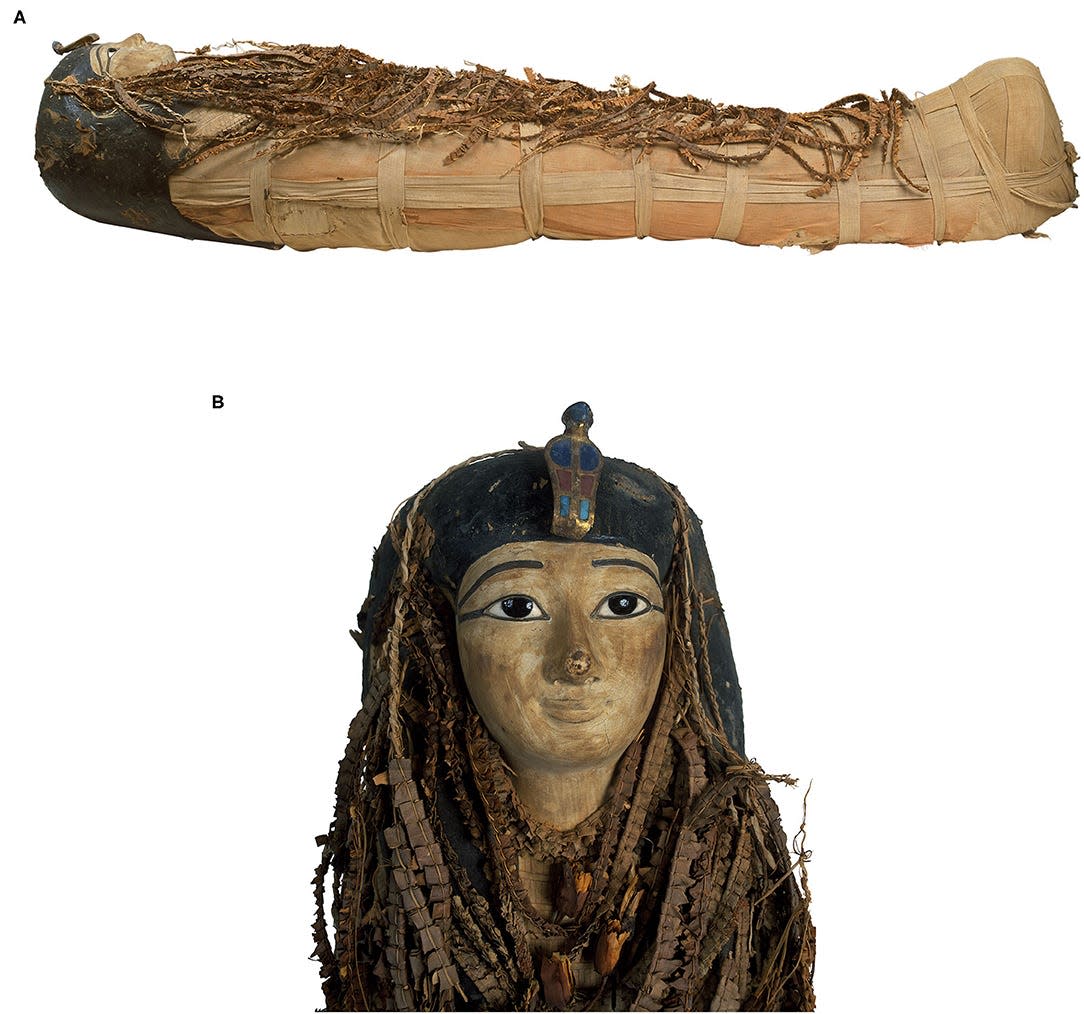 “This fact that Amenhotep I’s mummy had never been unwrapped in modern times gave us a unique opportunity: not just to study how he had originally been mummified and buried, but also how he had been treated and reburied twice, centuries after his death, by High Priests of Amun,” said Sahar Saleem, professor of radiology at the Faculty of Medicine at Cairo University and the radiologist of the Egyptian Mummy Project, the study’s first author, in a news release.

Three thousand years ago, priests restored and reburied Amenhotep's mummy and other mummies to repair damage done by grave robbers, researchers said. The mummy of Amenhotep I was discovered in 1881 in the ancient city of Thebes (modern Luxor) along the Nile River in southern Egypt. Amenhotep I's original tomb has not been found.

Saleem and famed Egyptologist and study co-author Zahi Hawass, who have studied more than 40 mummies in the Egyptian Antiquity Ministry Project, launched in 2005, did the CT scans in 2019 at the Gallery of Royal Mummies in the Cairo Egyptian Museum.“By digitally unwrapping of the mummy and ‘peeling off’ its virtual layers – the facemask, the bandages, and the mummy itself – we could study this well-preserved pharaoh in unprecedented detail,” Saleem said. 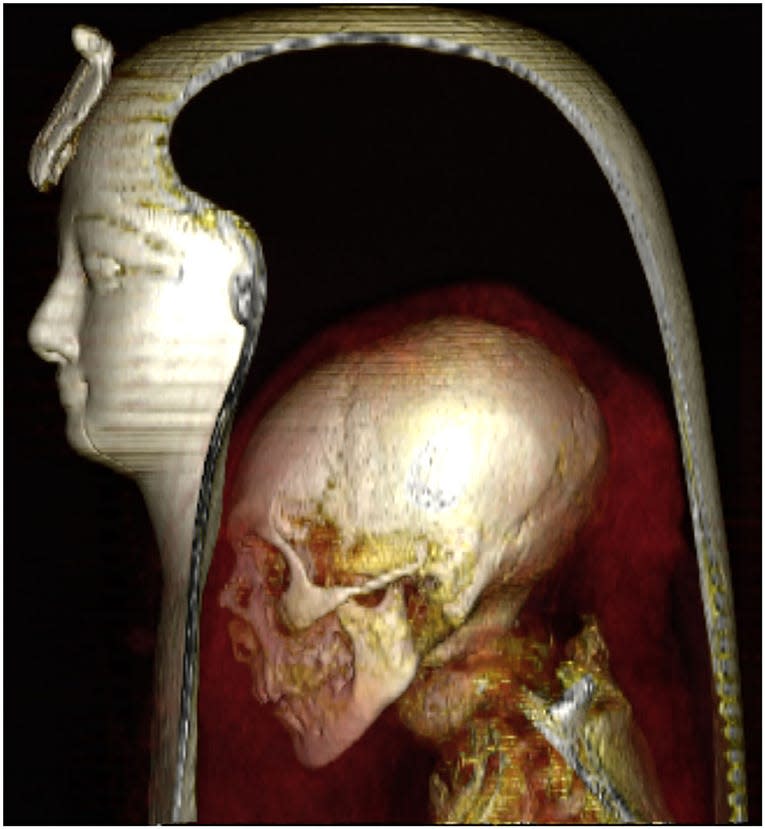 Their findings show that Amenhotep I was about 35 years old at death. He was about 5 feet, 6 inches tall, had good teeth and was circumcised. "Within his wrappings, he wore 30 amulets and a unique golden girdle with gold beads," she said. "Amenhotep I seems to have physically resembled his father: he had a narrow chin, a small narrow nose, curly hair, and mildly protruding upper teeth.”

Amenhotep I was the second pharaoh of Egypt’s 18th dynasty, following his father Ahmose I. After Amenhotep's death, he and his mother Ahmose-Nefertari were worshipped as gods, the researchers said.

What they did not discover was any cause of death for Amenhotep. “We couldn’t find any wounds or disfigurement due to disease to justify the cause of death, except numerous mutilations post mortem, presumably by grave robbers after his first burial," Saleem said. "His entrails had been removed by the first mummifiers, but not his brain or heart.”

Perhaps Amenhotep died of a heart attack "because there is no evidence of any diseases that Amenhotep the First had," Hawass told NBC News.

It was unusual that the brain of Amenhotep I was not removed, he said. And the mummy is the oldest found to have the body's forearms crossed in what is known as the Osiris position. The research showed how "technology can make discoveries without disturbing the mummy," Hawass said.

Saleem and Hawass had thought those who restored the mummy 3,000 years ago had reused royal burial equipment for later pharaohs. Instead, they found the priests had "lovingly repaired the injuries inflicted by the tomb robbers, restored his mummy to its former glory, and preserved the magnificent jewelry and amulets in place,” Saleem said.

Game of Thrones ‘will NOT return’ insists Jaime Lannister star: ‘The story is over!’