Three rescued migrants say up to 117 others were on board dinghy that capsized, 93km northeast of Tripoli. 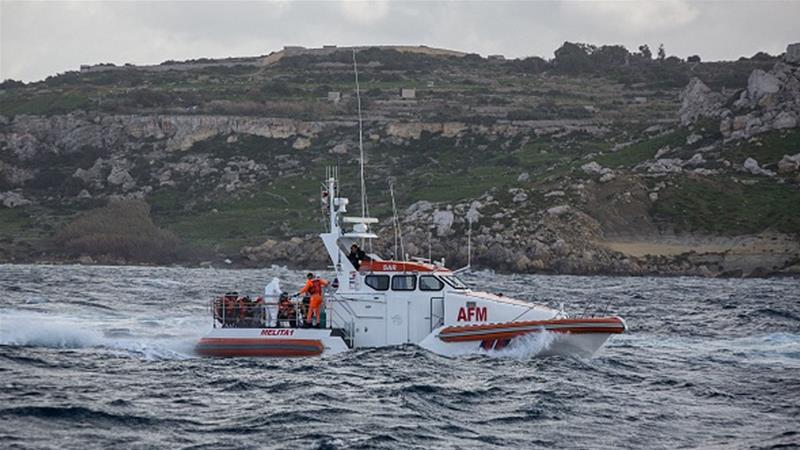 Scores of migrants are feared to have drowned off the coast of Libya after a rubber dinghy capsized in the Mediterranean, a spokesperson for the UN’s migration agency (IOM) has said.

Three survivors who were rescued said up to 117 other migrants were on board at the time of the capsizing.

He added that many of the migrants that set out from Libya on Thursday night were from West Africa, but there were also about 40 Sudanese on board, according to those who survived.

“After 10 to 11 hours at sea, the boat began deflating and started to sink. The people fell into the sea and drowned,” Di Giacomo told the Adnkronos news agency.

An Italian military plane on sea patrol on Friday had first sighted the dinghy sinking in rough waters about 93km northeast of Tripoli and had thrown two safety rafts into the water before leaving due to a lack of fuel, Italian navy spokesman Fabio Agostini told the TV channel RaiNews24.

A helicopter dispatched from a naval ship then rescued the three people, who were suffering from severe hypothermia and were taken to hospital on the island of Lampedusa.

“During this operation, at least three bodies were seen in the water who appeared to be dead,” Agostini said.

The Italian navy said it had alerted Libyan authorities who coordinated rescue operations, ordering a merchant ship to go to the site of the sinking, though rescue efforts had ceased after the search for the dinghy had proved fruitless.

Since Italy has largely closed its ports to migrants, fewer and fewer of them are arriving from Libya. However, people are still dying on the dangerous crossing.

Since the beginning of the year, 83 people have been killed in the Mediterranean, according to the IOM. In the same period last year, there were 199 deaths.

“As long as Europe’s ports remain open, as long as someone helps the smugglers, unfortunately, the smugglers continue to do business and continue killing,” Italy’s right-wing Interior Minister Matteo Salvini said.

Since Italy’s new populist government decided in June to close its ports to migrant rescue charities, EU governments have clashed on how to handle incoming asylum seekers from North Africa.

Rome’s hardline stance left two German charity rescue boats with dozens of migrants stranded for weeks in the Mediterranean until eight EU nations agreed to take them in.

Rescue at Sea: Migrants in the Mediterranean

Government under fire over scale of test and trace programme

I posed for Playboy while battling a fatal brain tumour, docs said I have a year to live but cannabis is keeping me here

Snow school closures tomorrow – How to find out if winter weather is shutting YOUR child's classroom as Dorset, Devon, Hampshire and Cornwall affected