Pictures of a seal wearing plastic swimming goggles it picked up at sea have sparked warnings from nature lovers about the dangers of pollution.

The animal was snapped as it lay beside the sea at Horsey Beach in Norfolk.

John Boyle, 58, took the photo on a day trip to the beach on September 20. 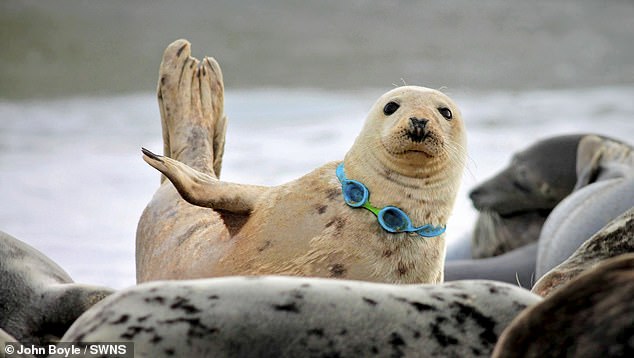 Photographer John Boyle captured the image of this seal on Horsey Beach, Norfolk, with plastic swimming goggles entangled around its neck

1. Keep your distance – maintain at least 10 metres between you and the seals

2. Never come between a pup and their mother

3. Always keep your dog on the lead. Seals are protective of their pups and will bite if approached

4. Don’t chase seals or their pups into the water. White seal pups are not waterproof until they moult and are likely to drown

Photographer John, from Bentley, Suffolk, told how he had taken granddaughters Emily, eight, and Izzy, five, to see the seals who come into land to give birth to their pups.

He said: ‘I was shocked when I saw this seal with a pair of swimming goggles around its neck.

‘Although it may initially look amusing, the goggles could cause welfare issues if they get stuck around an animals neck like that.

‘This demonstrates the detrimental impact our careless disposal of plastic can have on our marine life.

‘It saddened me on what had otherwise been an amazing wildlife encounter.’

Seals have been spotted at Horsey Beach on numerous occasions with items caught around their necks.

Two years ago, MailOnline reported a blonde seal was also found on Horsey Beach half-strangled by a sea net which had cut into its neck.

Other seals have been spotted with fishing nets and frisbee-style rings caught around their necks, as reported here.

The UK is home to 38% of the world’s seal population. In April, DEFRA (Department for Environment, Farming and Rural Affairs) backed the ‘Give Seals Space’ campaign by the Seal Alliance – warning the public to avoid seals on the beach, as well as the dangers of sea pollution. 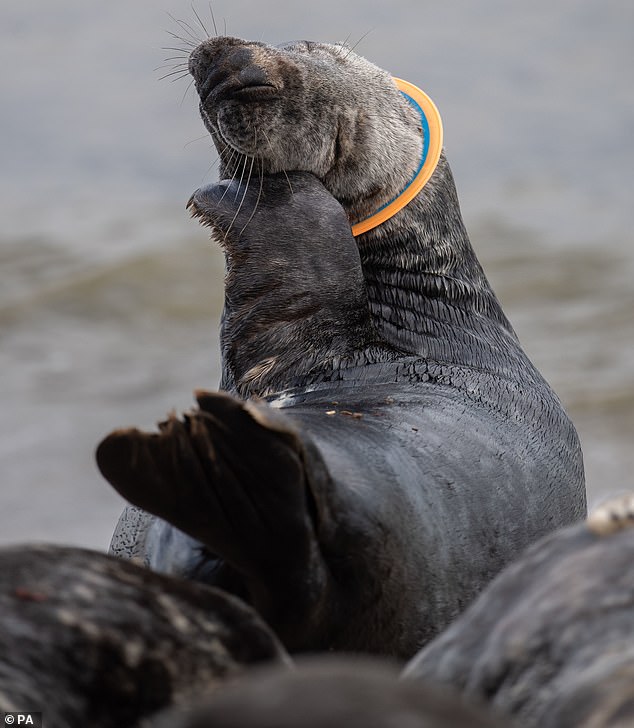 In 2019, a seal nicknamed Mrs Vicar was pictured  with a plastic frisbee stuck around its neck amongst the colony on the beach at Horsey in Norfolk 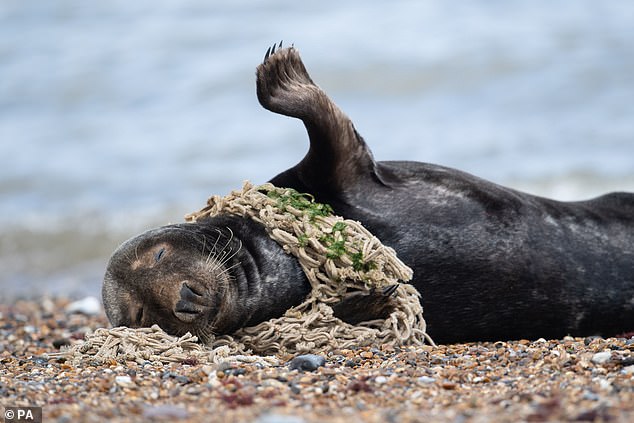 Two years ago, a seal was also found on Horsey Beach half-strangled by a sea net which had cut into its neck 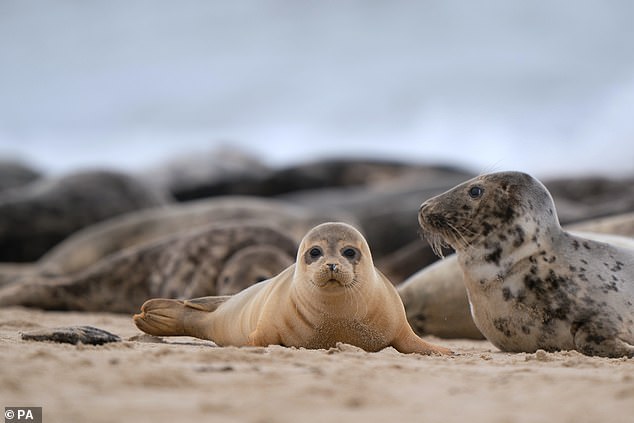 A common seal pup on the beach at Horsey Gap in Norfolk, as hundreds of pregnant grey seals come ashore ready for the start of their pupping season this month

Israeli Drama ‘Fauda’ Draws Viewers From Across the Political Spectrum

Win a copy of Jurassic World: Fallen Kingdom (12A) – The Sun