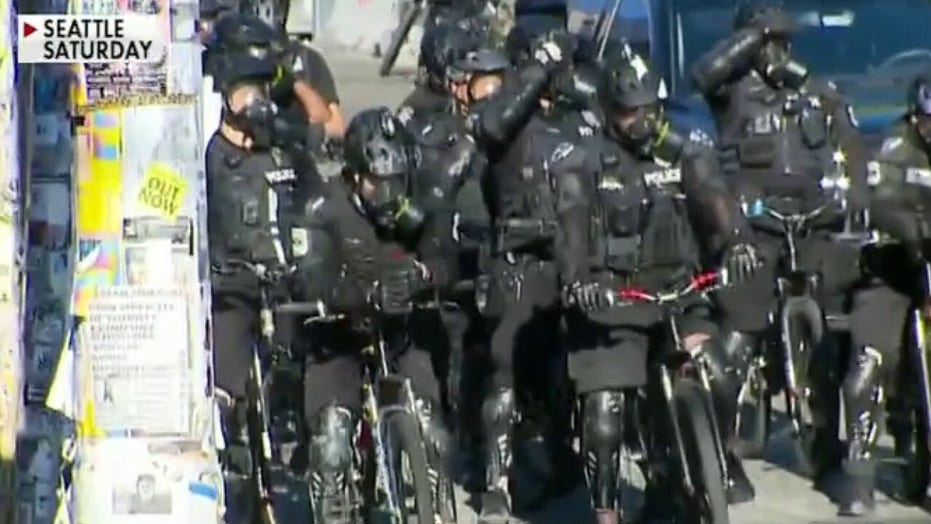 Seattle police who executed a search warrant of a van abandoned near a series of weekend fires recovered pyrotechnics, weaponry and riot gear believed to have been used during demonstrations in the area, officials announced.

But as the crowd headed toward the precinct shortly before 4:30 p.m., a van followed and parked in front of the police building. It was facing the wrong direction in a traffic lane, and later abandoned, officials said.

“At about the same time explosions occurred outside the precinct,” the press release states. “Individuals in the crowd threw explosives at officers. One explosion occurred along the north wall of the precinct (on Pine Street), which blew a hole in the wall of the building.”

A witness told police people had surrounded the van earlier in the day, while its back doors were open, to show “improvised shields, gas masks, baseball bats and a large assortment of pyrotechnic explosives inside the van,” officials said.

After searching the vehicle, police said they found the following items inside, among others:

On Wednesday, Seattle Mayor Jenny Durkan told reporters police have “an obligation to disperse a crowd when dangers to public safety like explosives, fires, individuals intent on causing harm" are present, according to local affiliate Q13 Fox Seattle.

"I think what we saw in our city last week in three separate protests, that there were individuals who were intent on causing harm. And the items seized from this van show exactly what they were planning, saw the results on our street," Durkan reportedly said.

Police arrested at least 45 people as a result of Saturday’s demonstrations and 59 officers were hurt, KOMO News reported.

Seattle PD also released photographs and videos of the contraband, as well as the damage apparently caused by the explosive.

The department is still investigating its findings.