POLICE are probing two sex attacks on women in their own homes after a serious knifepoint assault and rape.

It comes after woman were urged not to walk alone in a Yorkshire market town after a string of sex attacks.

On Sunday, cops were called around 12.15am after a woman was raped by an intruder at her home in Salford.

The attacker entered the property through an unlocked rear door between 10.30pm and 11pm before attacking his victim.

Cops described him as white, 6ft tall, well built and 35-40 years old with a ginger beard and tattoo on one of his arms.

He was wearing a black baseball cap with a white tick, a blue jacket, a white t-shirt, jeans and trainers with a silver emblem.

The woman is being supported by specialist officers as cops appealed for information.

Police are also hunting a fiend who sexually assaulted a woman in her own home at knifepoint on between 3am and 4am on Monday.

The attacker forced his way into the house in Chorley, Lancs, after the victim opened the door.

He then carried a "serious" sexual assault while brandishing a knife.

Police are now hunting the suspect and have made no arrests. They say the assault is being treated as an isolated incident.

The attacker was described as tall and wearing a black snood over the bottom half of his face. 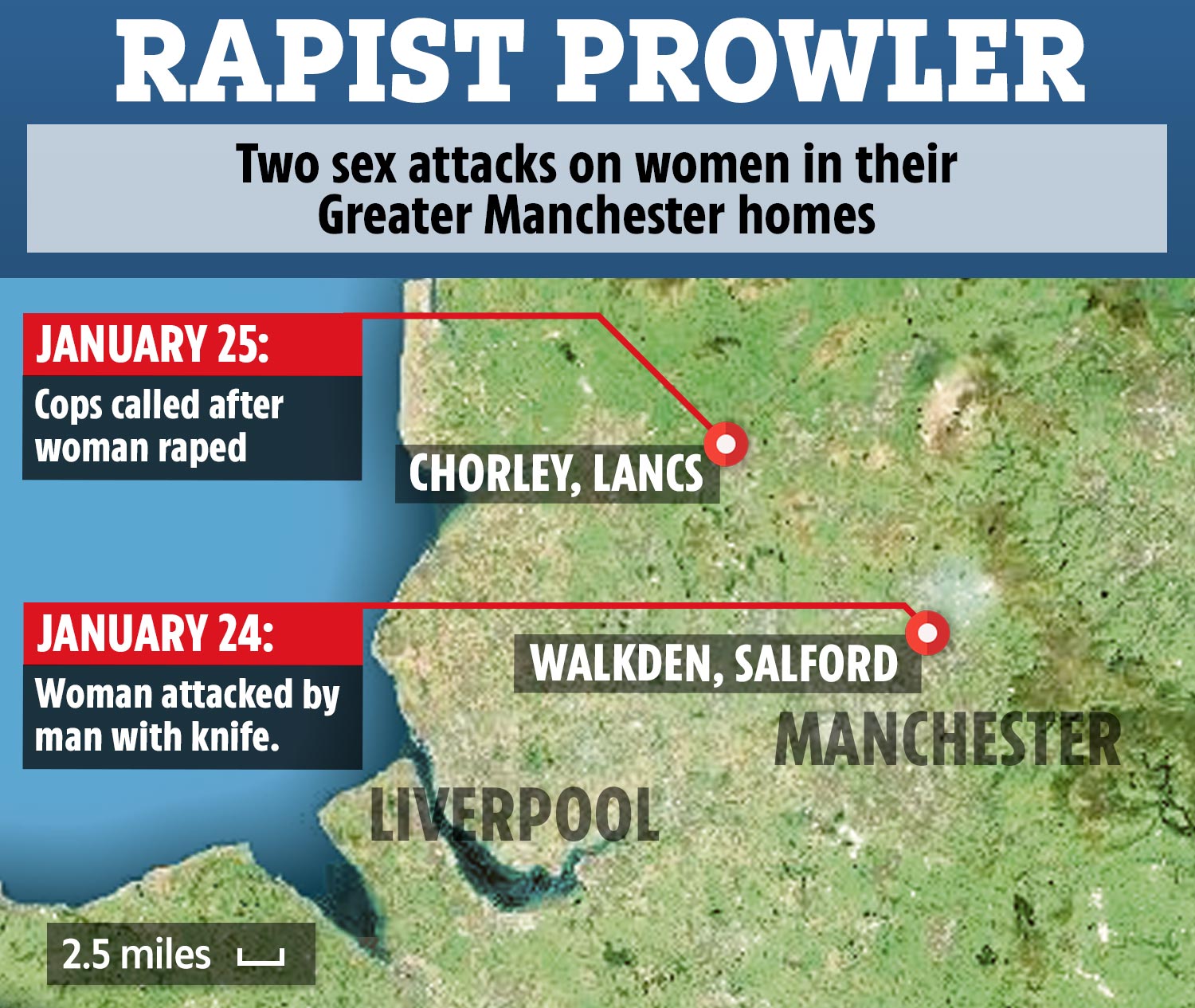 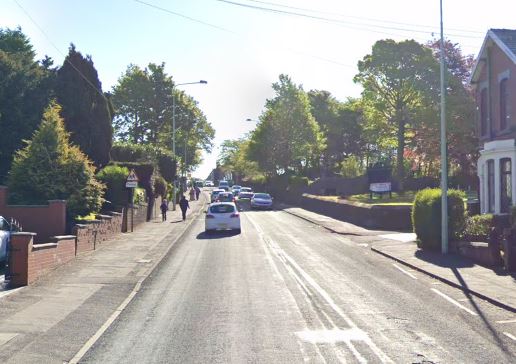 He was also wearing a dark coloured beanie hat with a white tick on the front.

Police are appealing for witnesses following the horror attack and are asking locals to check dash cam footage and CCTV.

Det Insp Pete Reil, of South CID, said: “This is a shocking incident which I am aware will cause a great deal of concern in the community.

"Although our investigation is at a very early stage, I would like to reassure the public that we have dedicated officers working on this case and a number of enquiries have already been made.

"I would like to stress that this is being treated as an isolated incident and reassurance patrols have already been stepped up in the area. Those patrols will continue."

Ben Affleck Back on Movie Set, Shooting Addiction Role on Heels of Rehab