That's not the average description of a 15 year old, but there's nothing average about young carer Chloe Stinson. 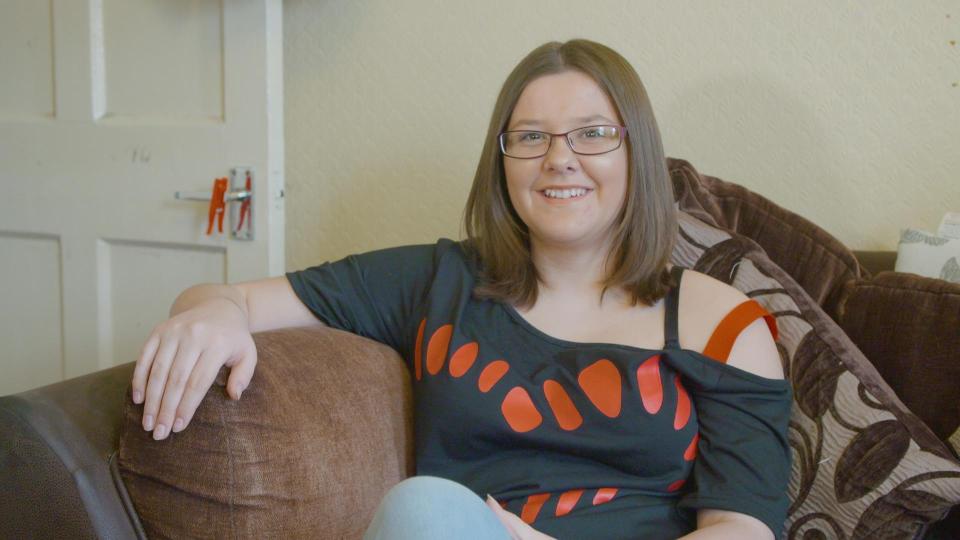 And with just the two of them at home in Mottingham, South London, Chloe has to look after her mum, the flat, and herself.

Claire, a former florist, has fibromyalgia, a chronic pain disease that she says "gives me pain from head to toe every day".

She also has functional neurological disorder, which, she says, "has stopped my legs from working". 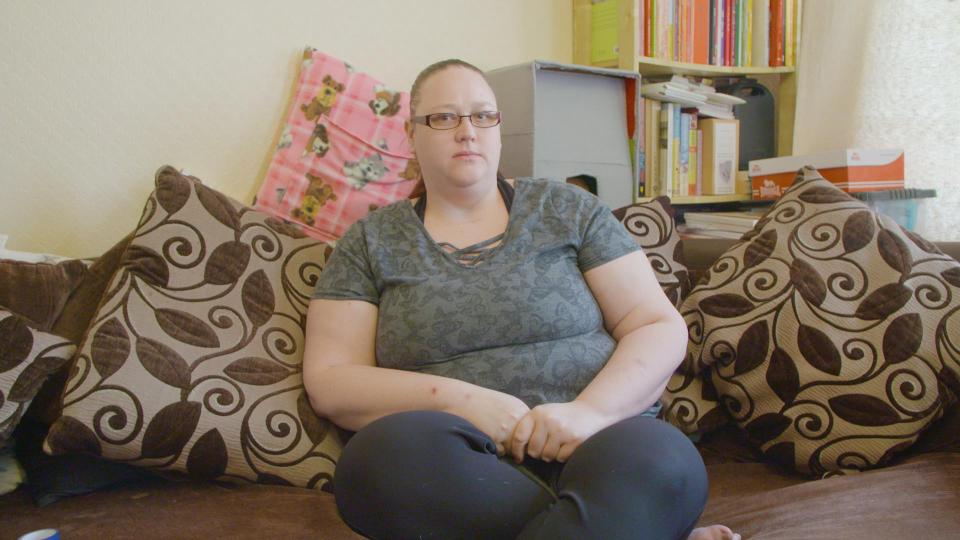 Because of this, Claire is confined to a wheelchair.

She uses it to get out and about but at home in their two-bedroom flat, where space is tight, Claire can only move around on her knees.

This makes simple things like making a coffee or cooking dangerous.

As a result, Chloe’s days are jam-packed. 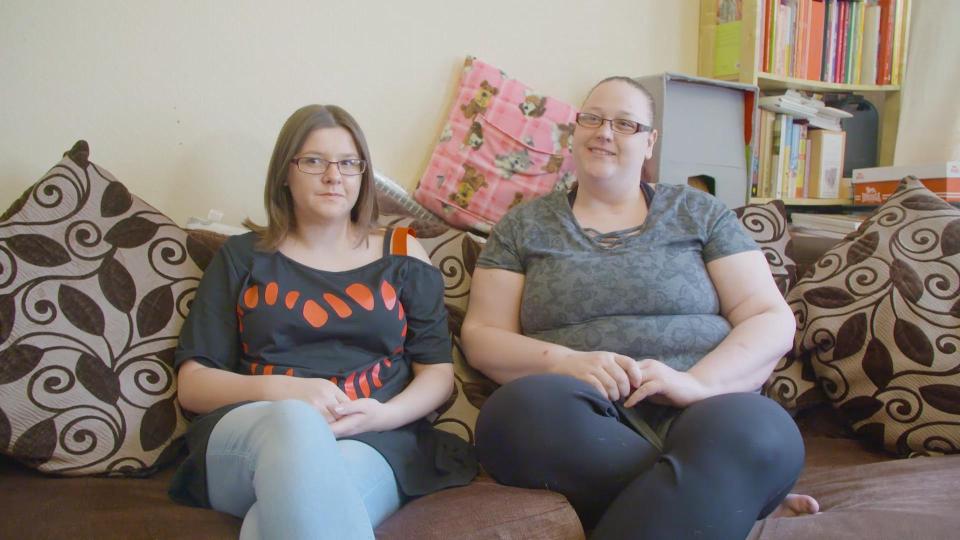 She gets up around 6.15am to get herself ready for school before helping her mum dress, making breakfast, filling up Claire’s Thermos flask with coffee for the day and getting her medication ready.

Then it’s off to school at around 7.15am. She arrives early so she can get some homework done.

After a day’s lessons, the bright year 10 pupil gets home around 4pm. 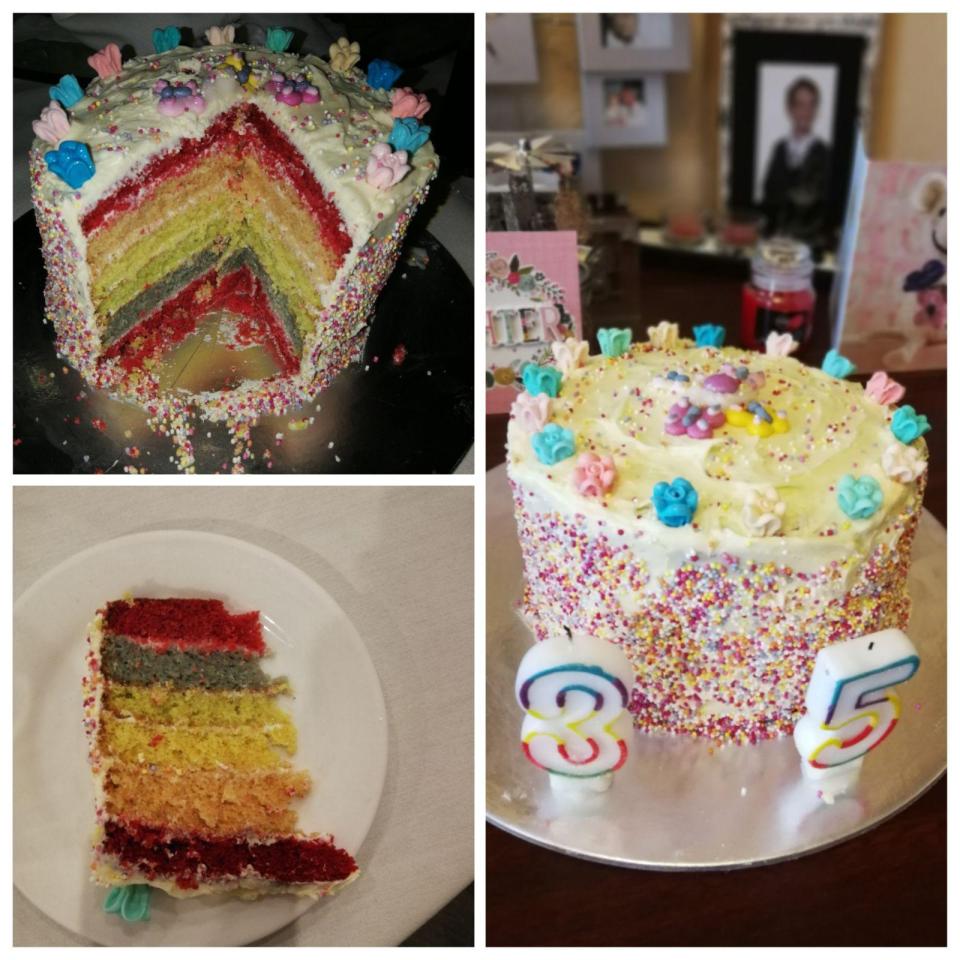 She will often get straight to work on dinner, as well as making sure her mum’s had plenty to drink and taken her medication.

And then she might need to run the vacuum through the flat, or put the washing on.

Once a week she nips out to buy groceries too – and she even finds time to bake.

“She’s a fantastic baker,” says her mum. “She made me a rainbow layer cake for my birthday that was amazing.” 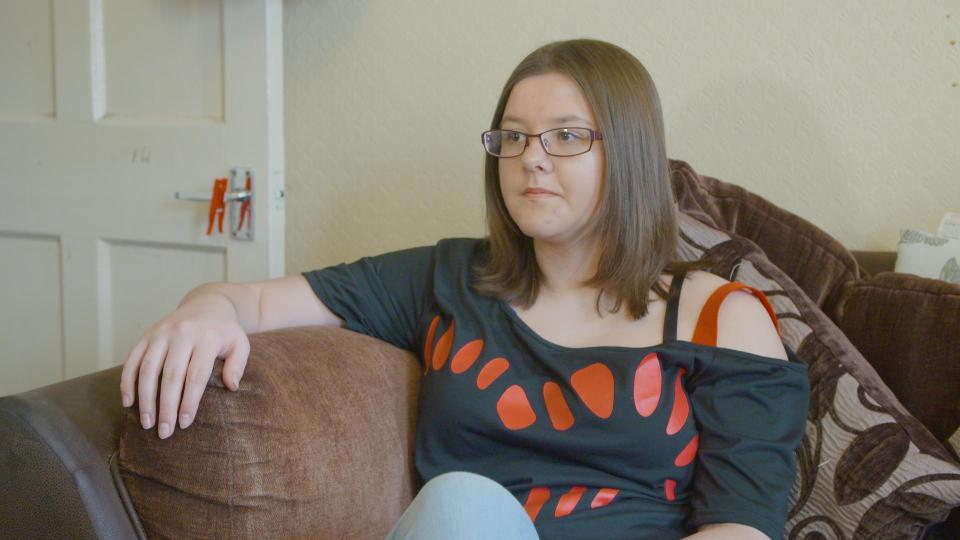 “My life can be different to my friends',” says Chloe.

“I’ve got a lot more responsibility at home than my friends and other people because I have more jobs to do.

“I can also miss out on opportunities to do things because I have to be at home caring, or at hospital appointments.”

She admits that it can take quite a toll sometimes, because she worries during the day about how her mum’s getting on at home and that she may have had an accident. 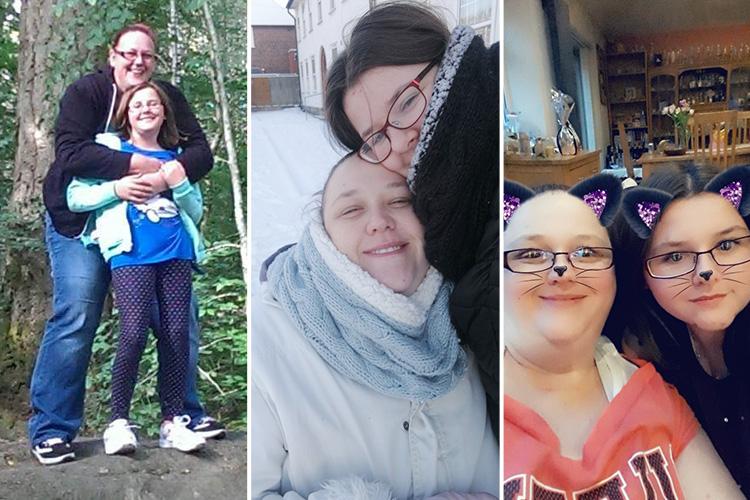 It’s a tough situation for them both.

“It’s difficult to ask for help when you’re supposed to be the adult,” says Claire.

“To ask a teenager to do things you should be doing – it’s a hard feeling to describe.

“I’m really proud with how Chloe is with everything. She’s really good if I ask her do something.

She does it and she doesn’t do it with a frown. She does it happily." 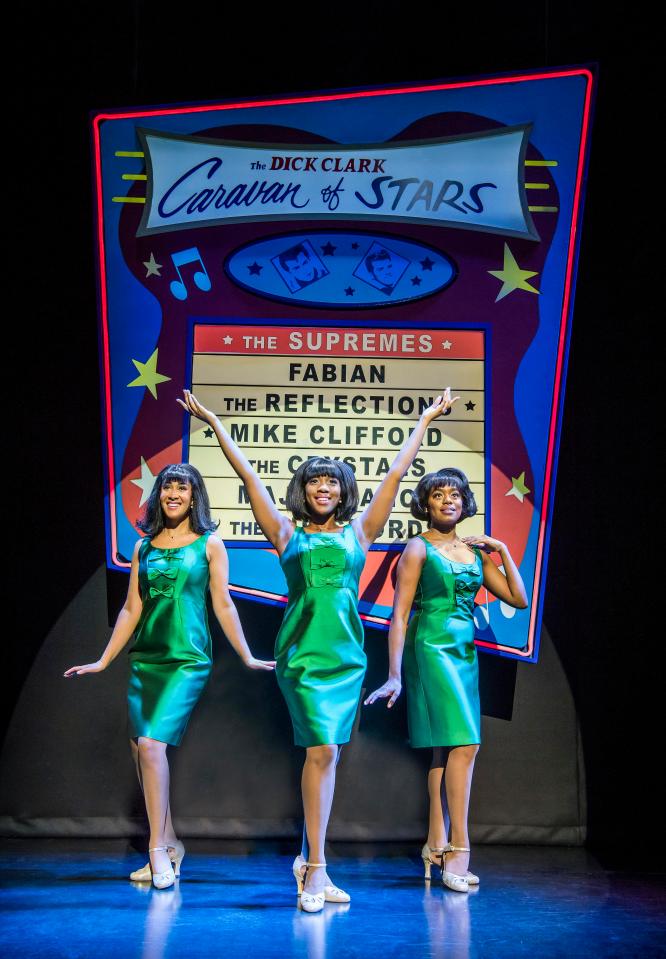 When The Sun learnt about the fantastic job Chloe is doing in helping and caring for her mum, we wanted to do something special for her.

Chloe loves the theatre and school plays give her a break from her responsibilities at home.

She's been in, or worked on, every show the school has put on over the four years she's been a pupil at Bullers Ford Girls.

She's a dab hand at manning the spotlight and using the projector for special effects. 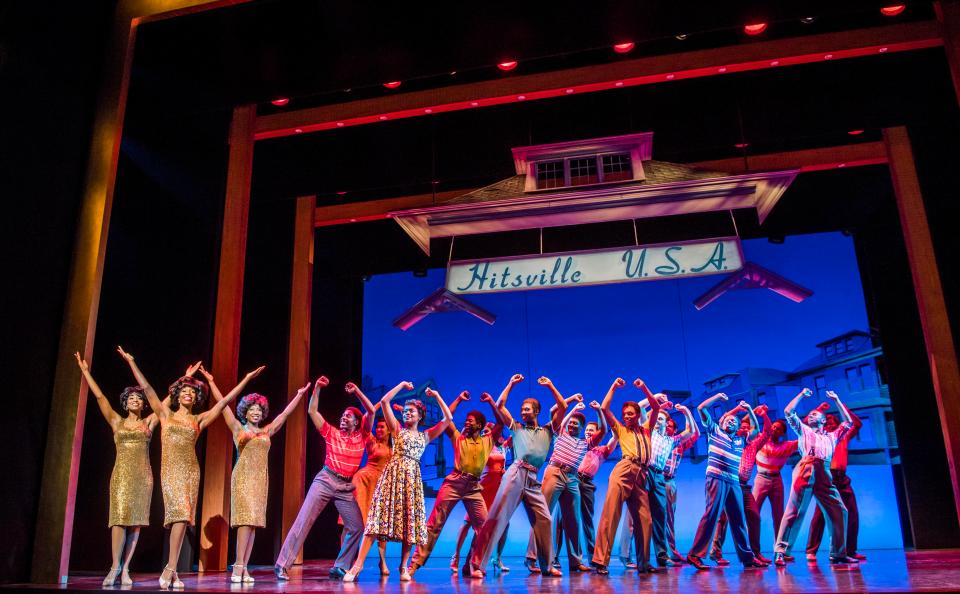 So we thought she'd like to see for herself how a slightly bigger production is put together.

We pulled some strings and sent her and her mum to The Shaftesbury Theatre in London's West End to visit the cast and crew of Motown The Musical.

Natalie invited Chloe backstage and into her dressing room to see how she prepared for the role and to see up close some of her incredible costumes, make-up and jewellery. 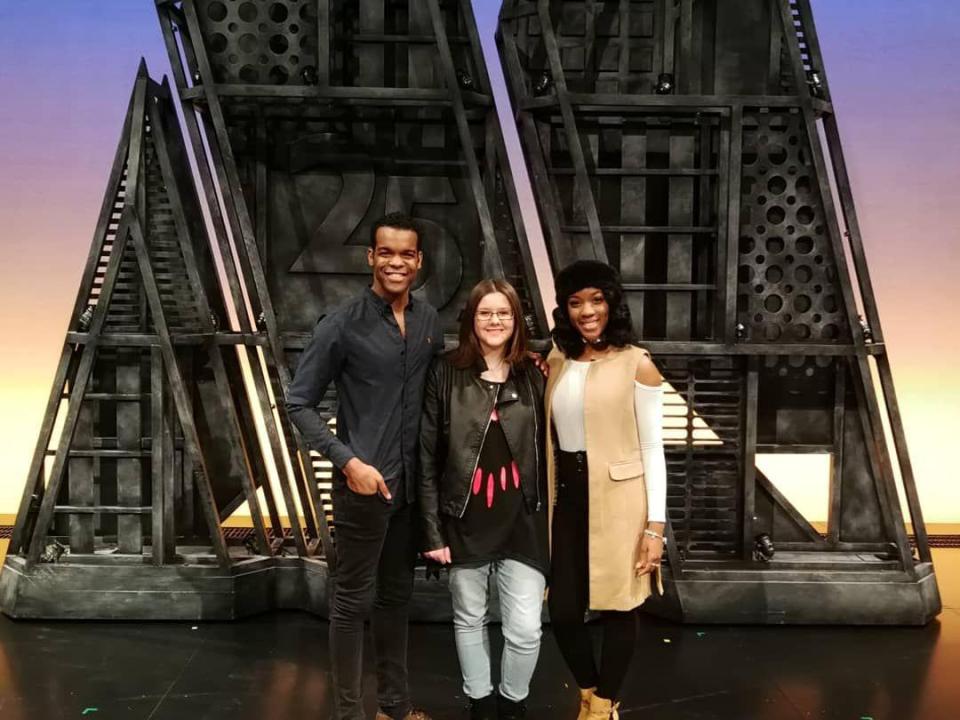 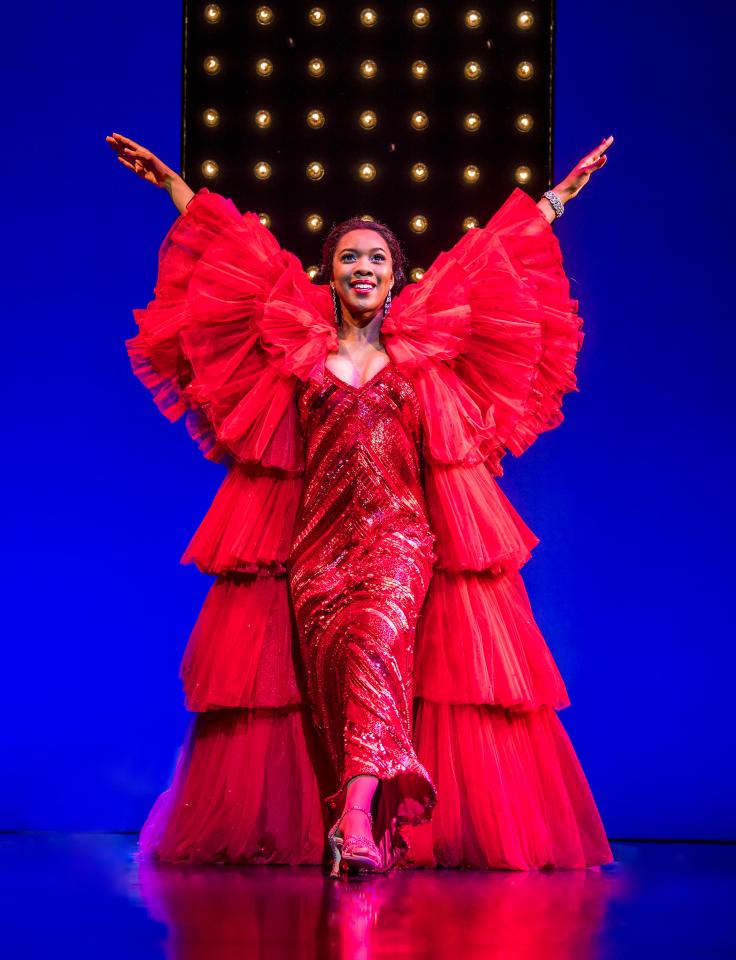 Chloe even got to try on one of her sequin dresses. "I quite enjoyed wearing the bling," says Chloe. "I mostly wear black."

Chloe was then given a backstage tour to see how the technical aspects of the show are run. She got to see how the sets are moved on to the stage and take a look at the props and the prompt corner.

Jay and Natalie then took her on to the stage – which Chloe says was a fantastic experience – to give her the tickets for that evening’s performance. 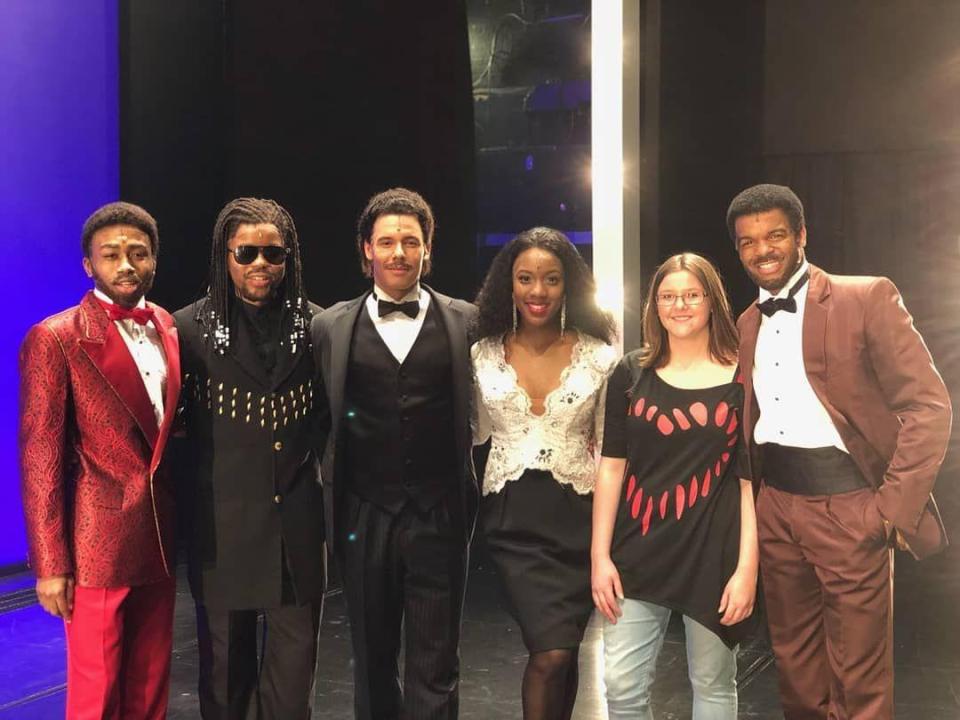 Chloe and her mum were treated to the box and Chloe was taken to watch the finale from the wings.

She was then taken onstage at the end of the show to meet the full cast in costume and have photos with them. 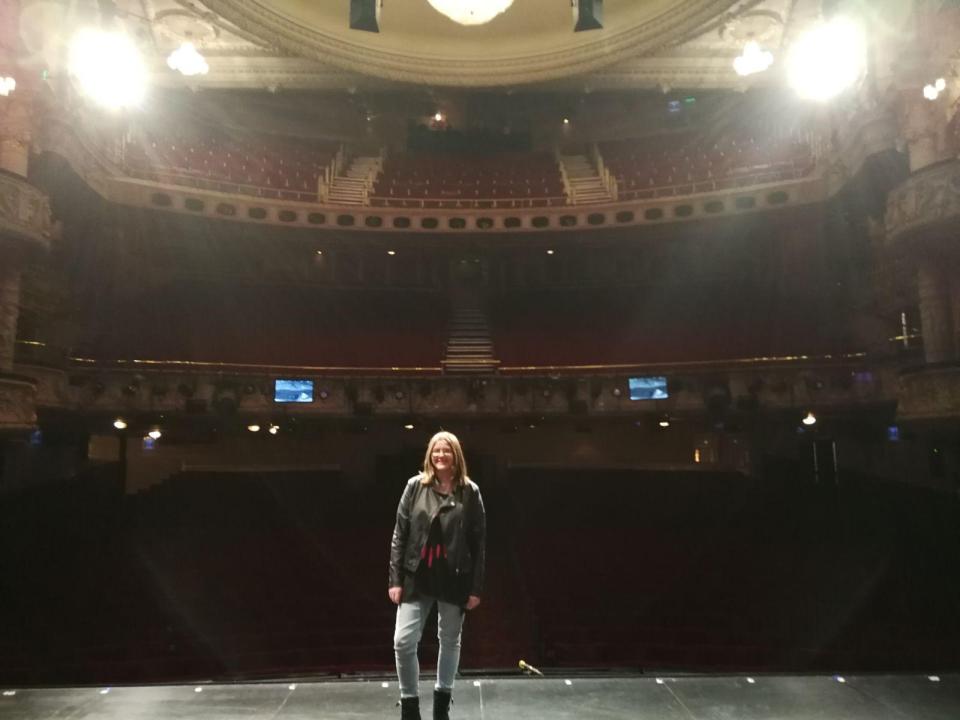 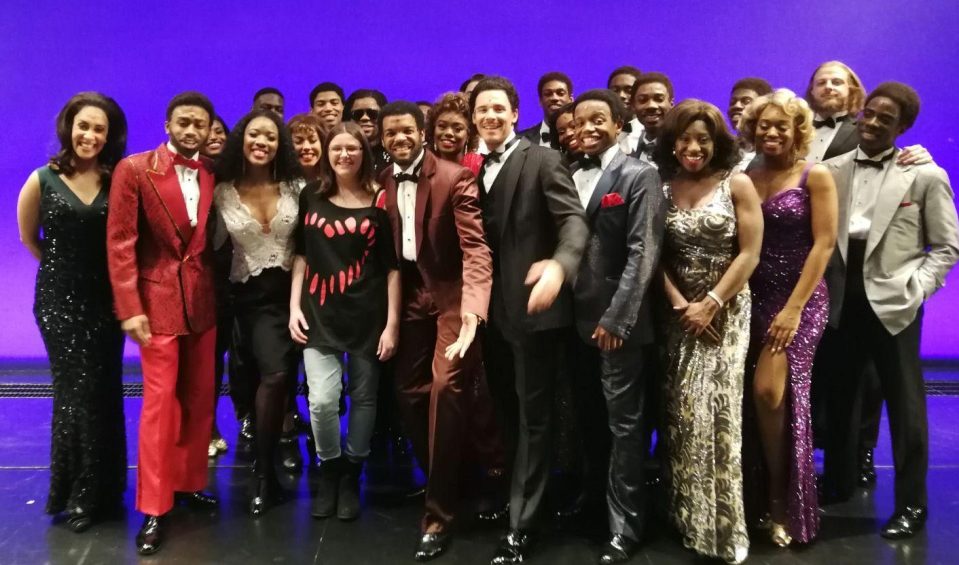 Chloe was thrilled by her day out at Motown The Musical.

"It definitely made my love for theatre even stronger," she says. "And it felt very different to the school play."

Claire says Chloe was in her element in the theatre and was "buzzing" in the cab on the way home.

But while Chloe was excited to be treated to her perfect day out by The Sun, and happy to have a break from her caring responsibilities, she insists that caring is a very rewarding experience.

"Being a young carer is often perceived as something that’s negative and restricting but it’s not.

"We do it because we love the person we’re caring for.

"I love my mum and I wouldn’t change my life for the world."

Now it's your turn to Put it Right

Do you know someone who either needs our help or a reward for going above and beyond?

Nominate them now by filling in the form below.

For the chance to be featured in the next instalment of our Putting it Right campaign, tell us what makes them so special to you, or your community, and what we can do to help.

Comfortable Heels You Can Wear to Work? We'll Take One in Every Color, Thanks