Sergei Skripal was tailed on the eve of the Novichok attack… so was there a SECOND spy team?

Sergei Skripal was tailed on the eve of the Novichok attack… so was there a SECOND spy team?

The best friend of Sergei Skripal has revealed the Russian spy suspected ‘retribution was coming’ in the weeks before he was poisoned.

Speaking for the first time, Ross Cassidy said Mr Skripal – who betrayed dozens of his old comrades to MI6 – seemed ‘spooked’ and changed his mobile phone amid concern it was being monitored.

On the day before the Novichok attack, Mr Cassidy and his wife drove the 67-year-old to Heathrow to pick up his daughter Yulia, 33, who had flown in from Moscow. 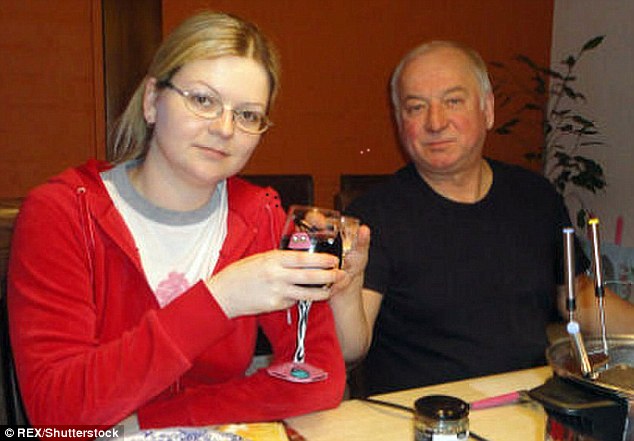 Sources close to the investigation said Mr Skripal told detectives they were then followed home to Salisbury.

This newspaper has learned that the security services believe a second team – in addition to the two-man hit squad accused last week of the attempted murder of the Skripals – were involved in the operation.

Interpol has been put on red alert to detain the two GRU intelligence agents, who use the aliases Alexander Petrov and Ruslan Boshirov.

But others, also still at large, are suspected of tracking the Skripals’ movements.

Mr Cassidy, 62, a former submariner, said: ‘In hindsight, with some of the things Sergei said, he suspected retribution was coming.’

‘Sergei was very apprehensive. It was as though he knew something was up. Had he been tipped off or heard that things were moving against him back in Russia?

‘One thing is for sure. He was unusually twitchy. He was spooked.’

The Mail on Sunday can also reveal that the security services are investigating the possibility that UK Border Force’s computer systems were hacked to enable Petrov and Boshirov to pass easily through Gatwick passport control. ‘Something has overridden the system to allow them to come in unhindered – that is what is being investigated now,’ said a highly placed source. 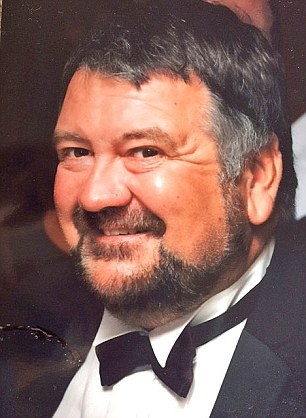 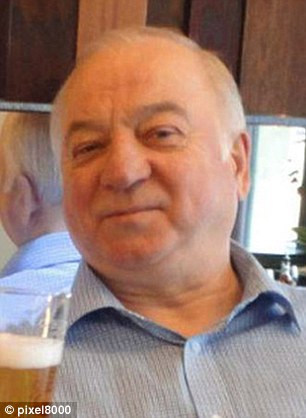 Petrov and Boshirov arrived at Gatwick from Moscow at 3pm on Friday, March 2. Police said that the next day they travelled to Salisbury by train on a reconnaissance mission, arriving at 2.25pm.

By this time Sergei Skripal, Mr Cassidy and his wife Mo were at Heathrow awaiting Yulia’s flight.

Police say Novichok was sprayed on to the front door handle of the Skripal’s house the following afternoon between midday and about 1pm. Sergei and Yulia became ill around three hours later.

But Mr Cassidy questions the police timeline. It is his understanding that Sergei and Yulia were at home until 1pm. And he said Mr Skripal’s ‘heightened state of awareness’ would have frustrated any attack in broad daylight.

He said: ‘I spent hours and hours with the Counter Terrorism Command being interviewed and talking about this attack.

‘I found their work on this inquiry very thorough and meticulous. Every little detail was talked about and refined over and over again.

‘I have the utmost respect for these officers. I find it very difficult to dispute their findings.

Russia has set up a 70,000-strong private army, the Wagner Group, which has been deployed in Ukraine, Syria, Sudan and central Africa while allowing the Kremlin to deny any official involvement.

The force, inspired by the controversial American private contractor Blackwater, is the brainchild of a former GRU spetsnaz commando colonel, Dmitry Utkin, an admirer of Hitler whose nom-de-guerre comes from the Fuhrer’s favourite composer, Richard Wagner.

The Wagner Group is registered in Argentina but has a training base next to the GRU’s 10th Independent Special Forces base at Molkino in south-west Russia.

It is believed the business brain behind the Wagner Group is Yevgeny Prigozhin, known as ‘Putin’s chef’, who served nine years in jail in the Soviet era for running teenage prostitutes.

Prigozhin ran a hot dog stall in St Petersburg and became a celebrity chef with restaurants such as New Island, where Putin takes foreign dignitaries. He became hugely wealthy by providing most of the catering for Russia’s huge military.

He has since been accused of running internet troll factories.

The Wagner Group was first detected in Crimea and eastern Ukraine in 2014. Three Russian journalists investigating the group were murdered in July.

‘These guys are professional assassins. It would have been far too brazen for them to have walked down a dead end cul-de-sac in broad daylight on a Sunday lunchtime.

‘Sergei’s house faces up the cul-de-sac. He had a converted garage that he used as his office – this gives a full view of the street.

‘Almost always, Sergei used to open the door to us before we had chance to knock. Whenever we visited, he’d see us approaching.

‘Something had spooked Sergei in the weeks prior to the attack. He was twitchy, I don’t know why, and he even changed his mobile phone.

‘You might say the precise timings don’t matter. But they do matter because they don’t currently make sense.’

Mr Cassidy was among the first Britons to befriend Mr Skripal when he arrived in the UK after a 2010 spy-swap with the Kremlin.

He said: ‘While I was aware he was a former Russian agent, we never discussed it because I felt it was none of my business. And besides we had good fun.

‘To me, Sergei was just a nice guy, very approachable and funny and liked a drink. All the aspects that appealed to me in a friendship.’

Astronomers want to shoot lasers into space to attract aliens