Seven suspected migrants have been arrested after being found in the back of a lorry at a port in Plymouth, days after after a record-breaking 202 crossed the Channel.

Devon and Cornwall Police received a report of the five adults and two teenagers being found at Millbay Docks at 7.15am today.

They were located in a Mesguen lorry trailer, which is believed to have arrived at the port on Friday.

Britain urged France to get tougher on stopping migrants using the Channel to reach the UK, with one minister saying the crossings were ‘unacceptably high’ today. 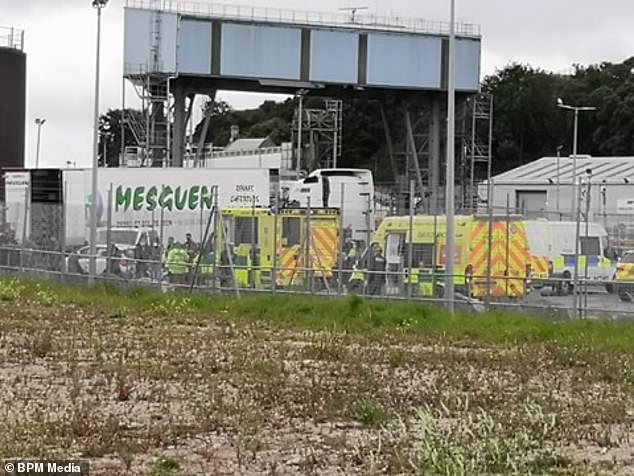 A force spokesperson said: ‘The seven persons have been detained and have been assessed by South West Ambulance Service staff and their immediate welfare needs are being addressed.

‘Police are currently liaising with Border Force and the port authorities.

‘Initial inquiries would indicate the trailer arrived on a Brittany Ferries vessel from Roscoff yesterday. 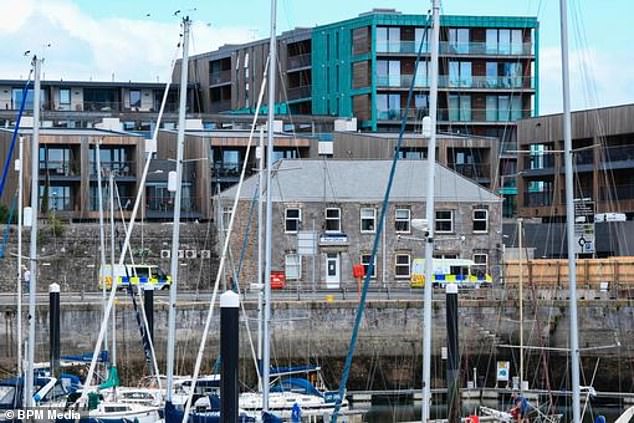 Devon and Cornwall Police received a report of the five adults and two teenagers being found at Millbay Docks at 7.15am today

‘All seven persons have been arrested for illegally entering the UK.’

‘And migrants continue to arrive in Calais to make the crossing. The French have to take tougher action.’

The news comes as after Border Force figures showed 96 migrants were intercepted by police on Friday. 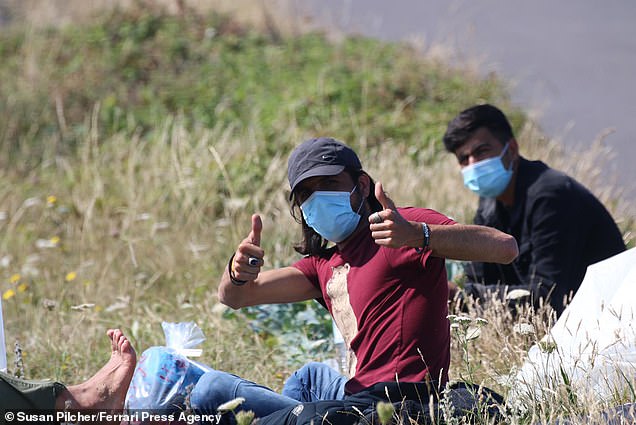 Of those spotted in Dungeness, Kent, yesterday morning, a young man gave a thumbs up for the camera, in apparent glee having navigated the world’s busiest shipping lane from Calais to make it to Britain

Officers wearing face coverings were seen talking to the group of around ten people in Dungeness earlier in the day.

A further 58 illegal immigrants were picked up by French authorities and taken back to France.

This year, migrants travelling to the UK on small boats and other craft has already soared to 3,421 – almost double the number of arrivals for the whole of 2019.

On Thursday a record-breaking 202 migrants made the treacherous crossing to the UK.

Border Force dealt with 20 separate incidents as dinghies, kayaks, zodiaks and even a children’s dinghy were used to make the treacherous crossings of the 21 mile wide Straits of Dover. 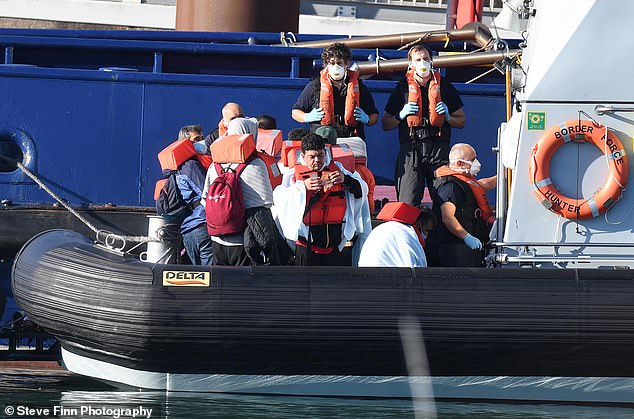 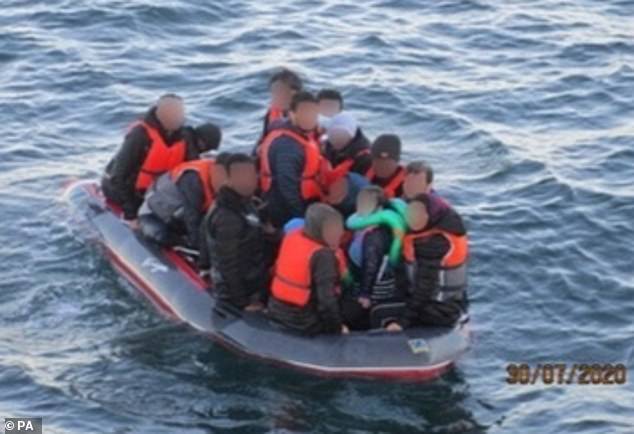 All of the adults will be now processed by immigration officers who will interview them and discover if they are claiming asylum. If they do, checks will be made as to their history.

MailOnline revealed in April none of them will be tested for coronavirus by officials.

Earlier this month, the interior ministers of France and Britain signed an agreement to create a new joint police intelligence unit to combat migrant traffickers and reduce the number of illegal Channel crossings.

In 2019, 2,758 migrants were rescued by the French and British authorities while trying to make the crossing – four times more than in 2018, according to French officials.

Sixteen-year-old would 'give anything' to hear father's voice again

Review: After Decades Of Bold Claims, ‘Hereditary’ Has Taken The Title Of Scariest Movie Ever Made