A SHAMELESS dad was caught on camera appearing to send his toddler to steal parcels from front door steps. 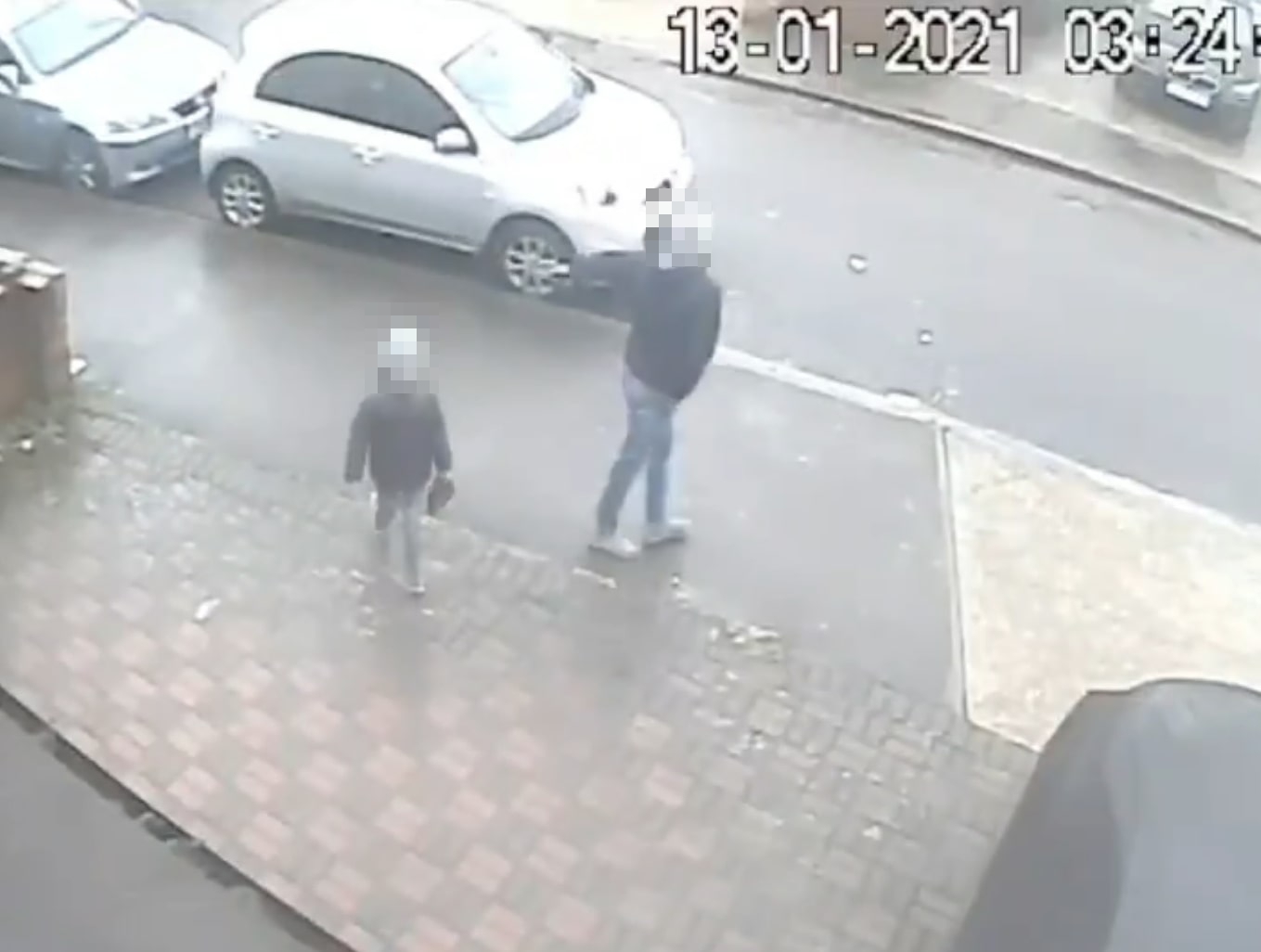 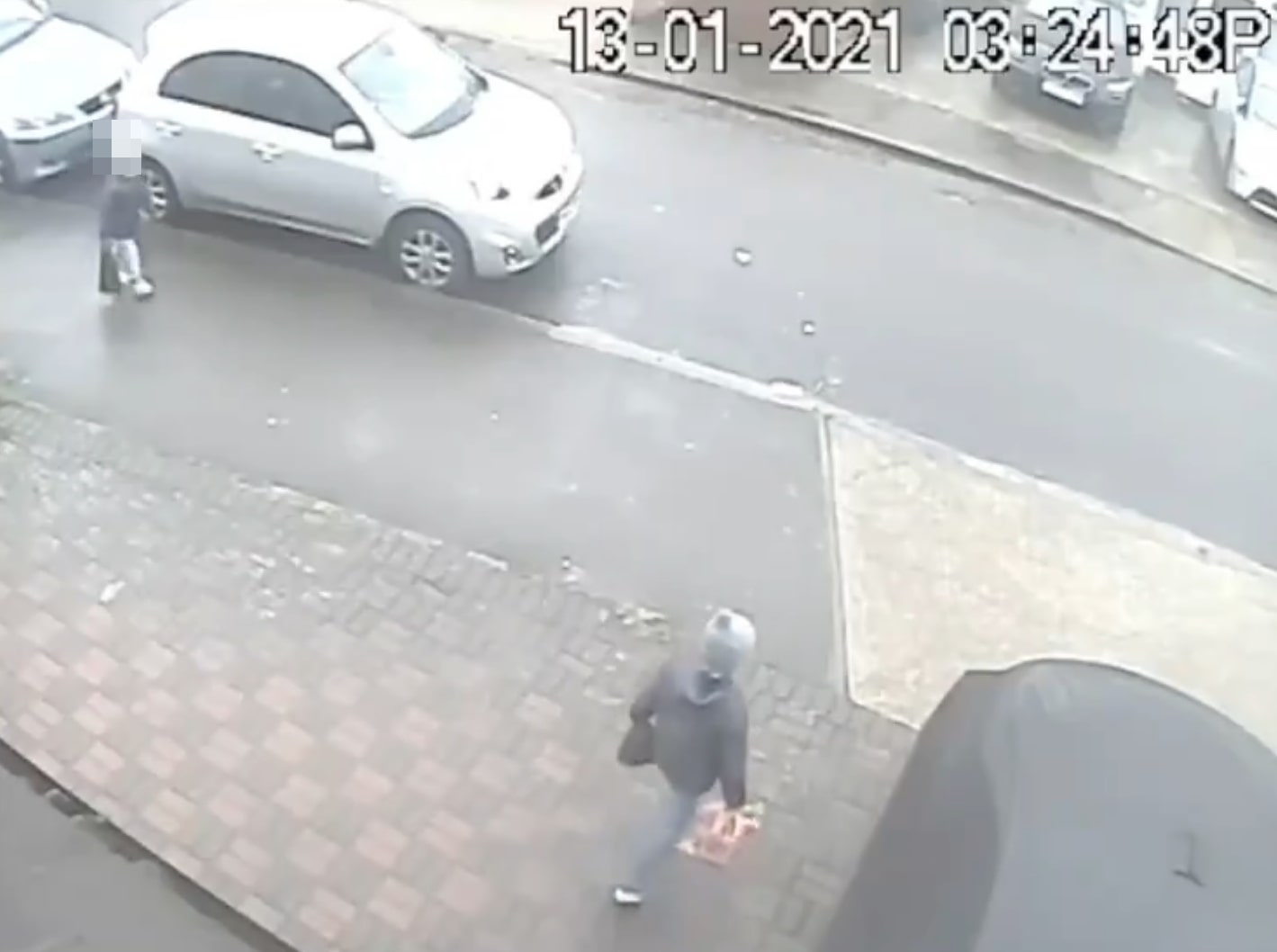 The man can be seen walking along a residential street in Hounslow, west London, yesterday afternoon.

He was joined by two young boys wearing grey matching bobble hats as they trailed behind him.

As the man, who is wearing a dark jacket, approaches one house, he can be seen pointing at a front door.

His child runs on to the driveway as the parent looks over his shoulder to make sure he isn’t being watched.

The kid later scampers away from the house, apparently holding a plastic delivery bag which looks like it contains clothes.

Another video taken on the same street shows one of the children appearing to dash on to a driveway and take a bag.

Once again, the dad can be seen gesturing towards his son in an apparent attempt to tip him off about the parcel.

The other child, walking slowly behind, picks up the pace when he realises another item seems to have been pinched.

This dad has a lot to answer for. He’s going to raise two scumbags by teaching them to steal

A source said: “This dad has a lot to answer for. He’s going to raise two scumbags by teaching them to steal.

“They aren’t much older than six and has them doing this. All while everyone is miserable during the lockdown.”

Cops previously said there was a drop in crime during coronavirus restrictions.

But opportunistic thieves have taken advantage of the lockdown measures across the country, and the increased number of household deliveries as more people turn to online shopping. 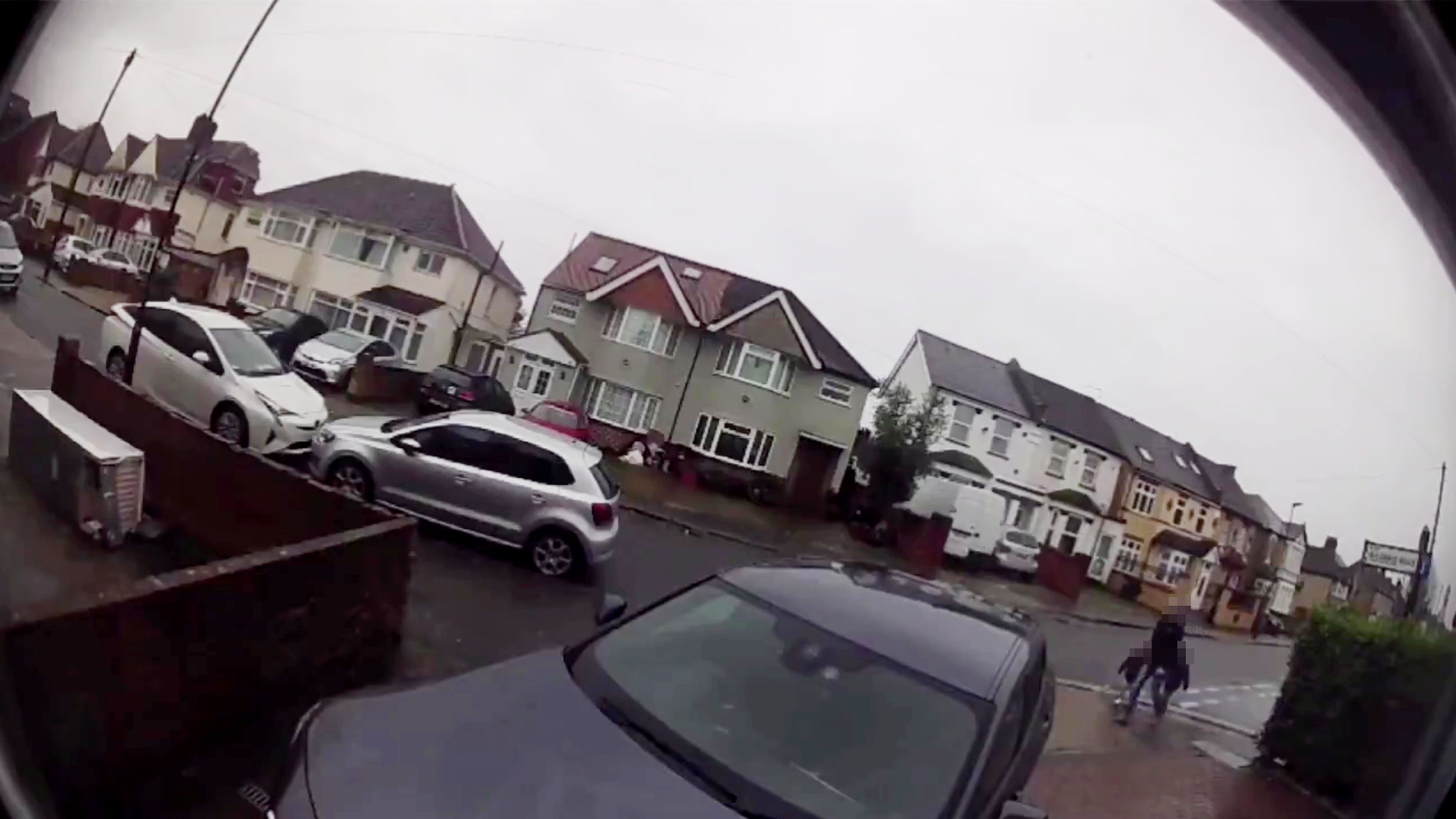 'Parcel pirates' targeted 20 couriers in the West Midlands in the run-up to Christmas.

And 7,750 parcels were stolen from Surrey doorsteps from April toSeptember during a lockdown spike.

More than 12 million Britons have been victims of parcel pinching with Londoners twice as likely to be hit, research shows.

Some experts are claiming rise in demand for dogs during the Covid crisis has fuelled a surge in pets being swiped.

Gangs cashing in on a 'pandemic puppy' demand have led to dog thefts doubling in 2020. 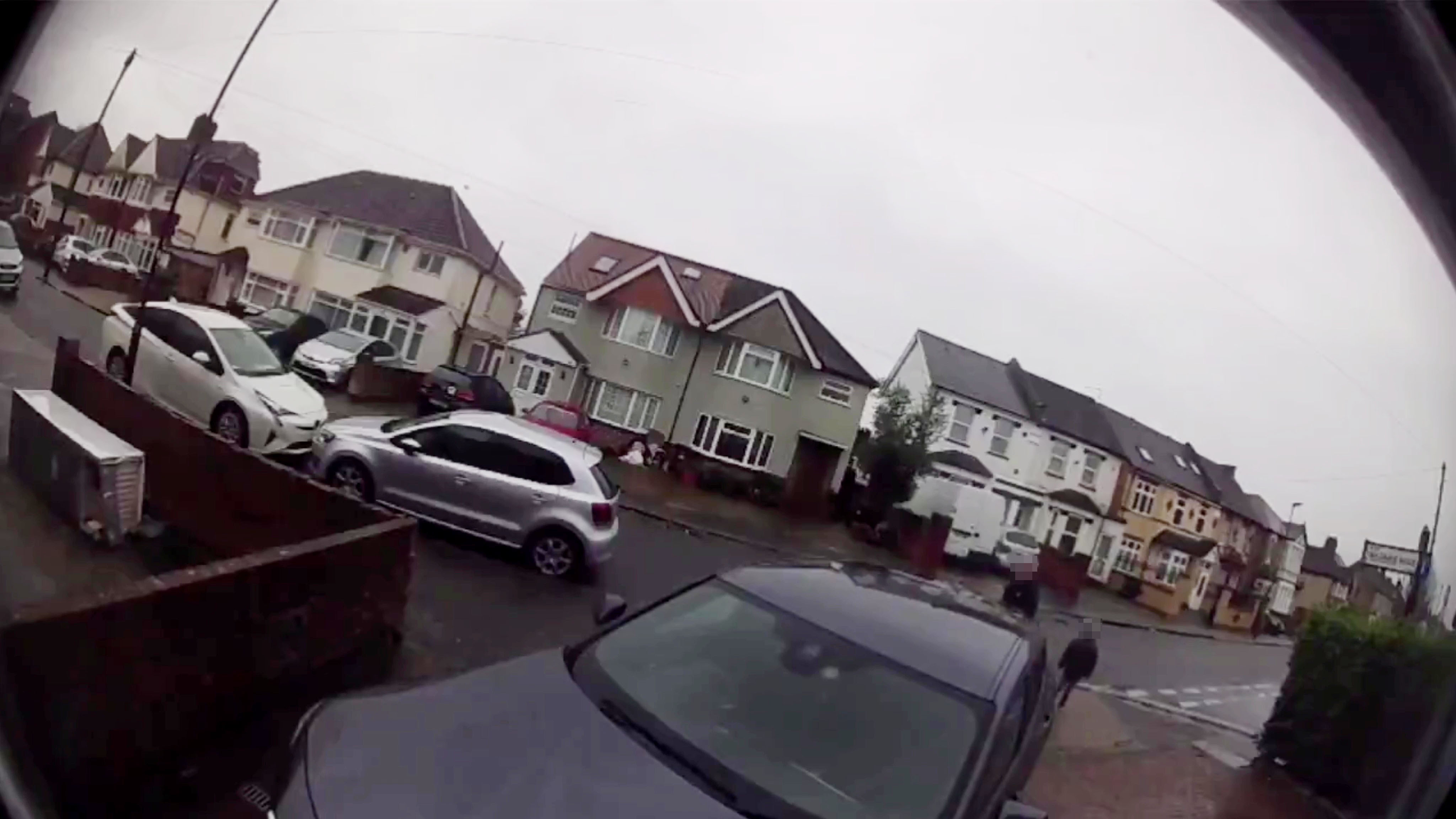 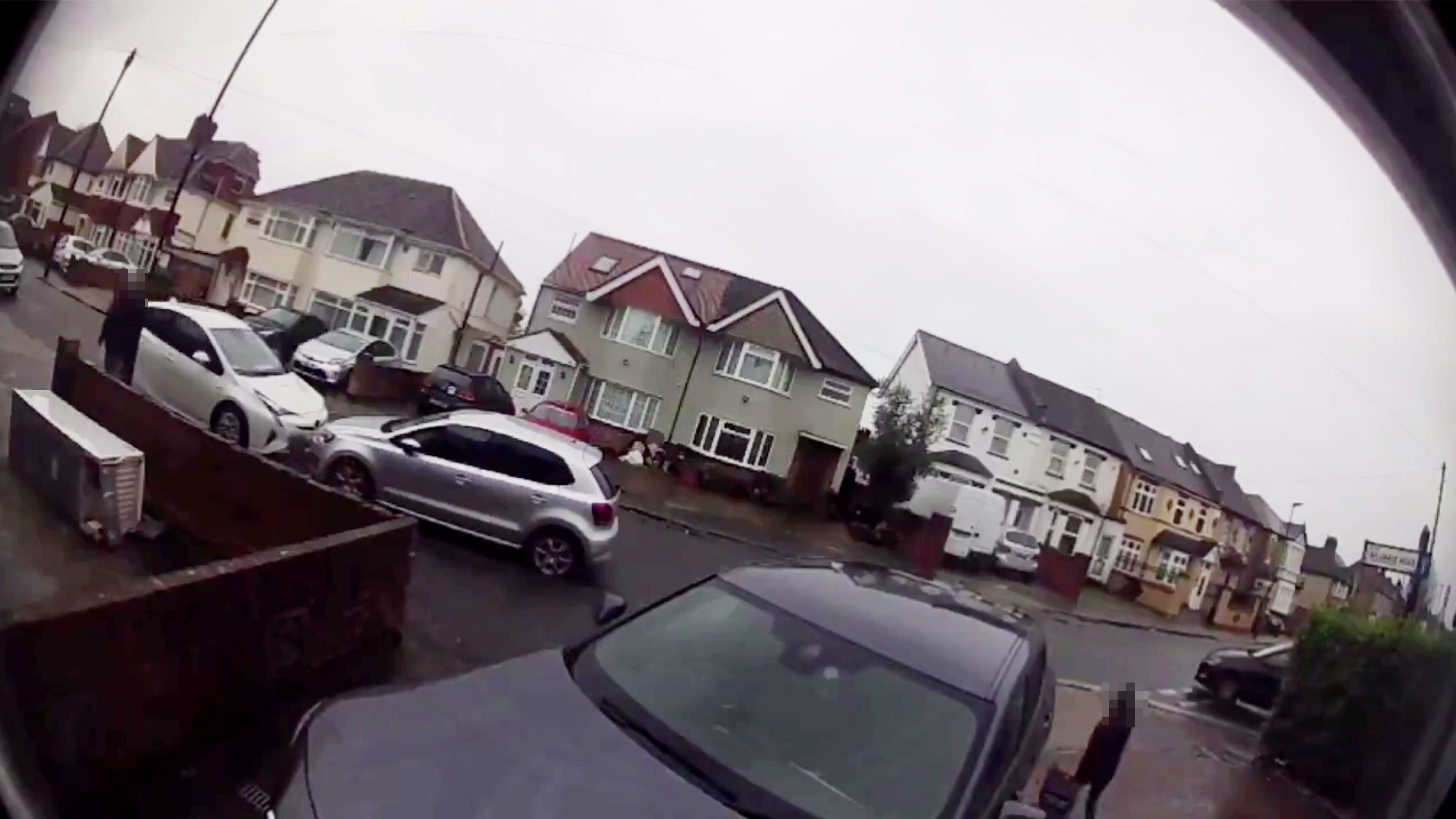