Clarke, 19, died on Thursday afternoon in Los Angeles after he ran a red light at speed on Winnetka Avenue, before clipping the front of a truck and slamming head-on into a wall. 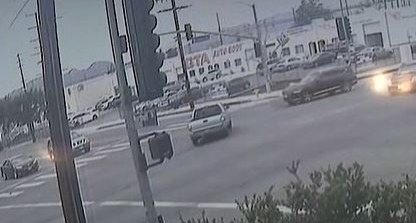 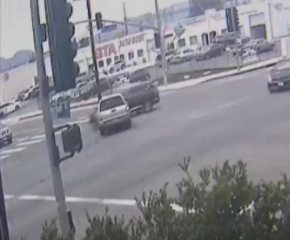 The promising University of Kentucky shooting guard was due to enter this year's NBA draft and had just signed with the coveted agency Klutch Sports the day before his death.

Los Angeles Police Department Sgt. John Matassa said Clarke was traveling alone inside his 2021 Hyundai Genesis at the time of the crash and was not wearing his seat belt properly.

The six-foot-seven teen was "traveling at a great rate of speed" when he ran the red light, hit a truck that was turning left and failed to stop before hitting a pole and a wall, Matassa said.

It's currently unclear if Clarke intentionally ran the red light or if his vehicle suffered a mechanical malfunction. Matassa said the cause of the crash is under investigation.

Shocking surveillance footage has since emerged, showing the fatal crash in it entirety.

Videos of the aftermath later emerged on social media showing Clarke's car with heavy front-end damage, with smoke emanating from the engine.

Clarke was taken to the nearby Northridge hospital where he was later pronounced dead.

His mother was at his side when he died, according to ESPN. 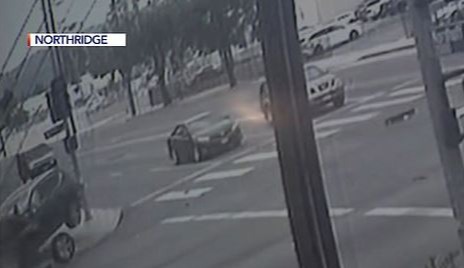 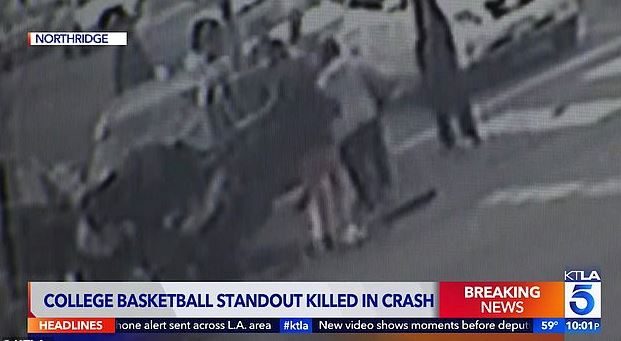 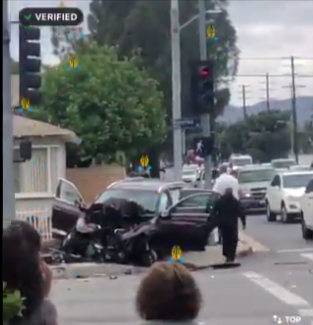 Matassa said the driver of the truck that Clarke clipped wasn't injured.

Moments before the crash, Clarke had been working out with his former Wildcats teammate and fellow NBA hopefulBrandon Boston Jr, in anticipation of the upcoming draft.

Clarke's death was first announced in a press release by the University of Kentucky on Thursday night, but no further details were shared.

Kentucky Coach John Calipari said he was "absolutely gutted and sick" over Clarke's death, calling him a "beautiful kid".

"We are all in shock," Calipari said. 'I am on my way to Los Angeles to be with his mother and his brother to help wherever I can.

"This will be a difficult period for all those who know and love Terrence, and I would ask that everyone take a moment tonight to say a prayer for Terrence and his family. May he rest in peace."

On Tuesday, the school's official athletics Twitter page also penned a moving tribute to Clarke, sharing a gallery of images of him on the court.

"We will never forget his radiant smile, his enthusiasm and his love for his teammates. Terrence Clarke. Forever in our hearts. #LaFamilia," the school wrote. 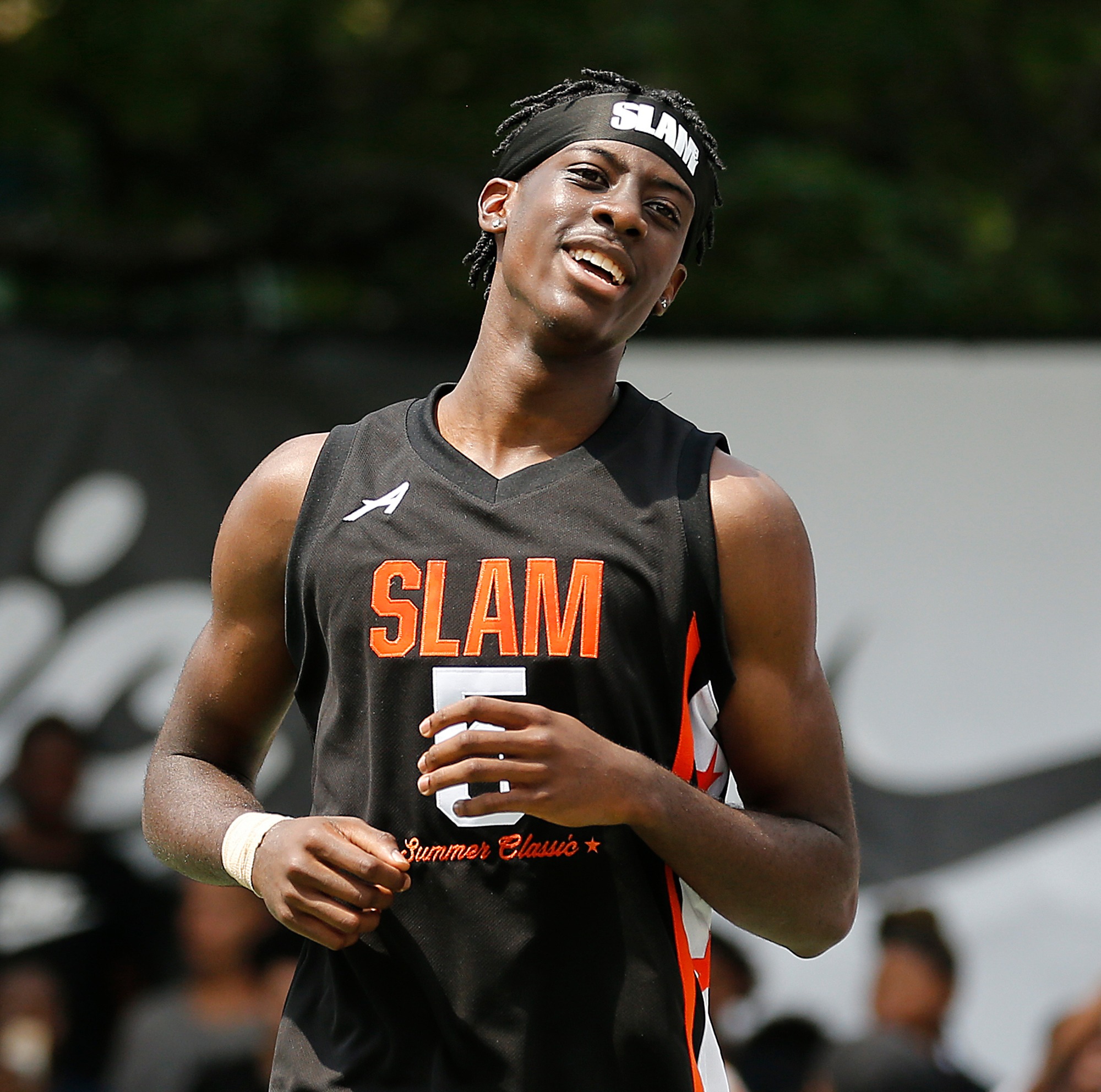 In a statement, the NBA called Clarke's passing "tragic", and remembered the teen as a "beloved member of the University of Kentucky basketball program.

"Terrence was preparing to pursue his lifelong dream of playing in the NBA. We send our deepest condolences to his family and friends."

Klutch Sports CEO Rich Paul, who signed Clarke to his agency mere hours before his death, added that he was " saddened and devastated by the tragic loss of Terrence Clarke."

"He was excited for what was ahead of him and ready to fulfill his dreams. Our prayers go out to Terrence and his family, who ask for privacy during this difficult time."

This past season, Clarke played in the first seven games for the Wildcats but was sidelined with an ankle injury that kept him out until the final game of the season against Mississippi State.

"I had high expectations coming into this season and, of course, didn't expect to be injured, which I understand is part of the game," Clarke said in a Kentucky press release March 19.

"Thank you to Coach Cal, the coaching staff and my teammates! BBN [Big Blue Nation], I hope to make you all proud as I pursue my dreams."

Clarke was familiar to the Celtics, their players and even Stevens’ son.

“Not sure how much I want to talk about the game, when you consider he’s a Boston kid … those kids are important to us here,” Stevens said. “I never met him. My son looks up to him. Hard to talk about a basketball game.”

Disgraced paedo Rolf Harris, 90, seen in scruffy clothes as he walks his dog near Berkshire home

5G Will Bring Back Carrier Locked Phones According To AT&T