THIS is the shocking moment a Capitol rioter appears to repeatedly strike cops with a metal baseball bat as he and other protesters stormed the building.

Emanuel Jackson has been arrested on suspicion of being part of the violent siege in which five people died in Washington DC this month. 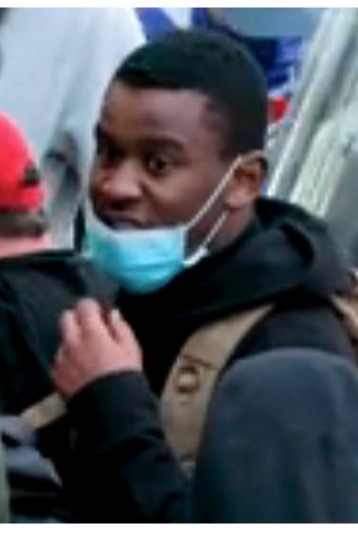 Jackson turned himself in to police after images and videos of him at the Capitol were shared by authorities in a bid to identify members of the aggressive mob.

It comes after rioters overpowered police officers to break into the Capitol on January 6.

According to an affidavit signed by FBI Special Agent Riley Palmertree, Jackson was one of the first to enter the building through a doorway at the Senate Wing entrance on the West side at about 2.48pm, reports Newsweek.

Now, Jackson has reportedly admitted to attacking officers with a baseball bat while trying to storm the building and faces a number of charges.

Surveillance footage shows the moment angry mob members armed with an assortment of weapons confront cops at the West Terrace entrance, with Jackson allegedly "repeatedly striking a group of both US Capitol and Metropolitan Police Department uniformed officers" with a baseball bat

Clips prior to this also appear to show Jackson making a fist and punching a US Captiol Police officer while trying to force his way into the building.

He handed himself into police yesterday (January 18).

According to the affidavit, Jackson admitted to "taking part in the violent protest, identified himself in video and photographs shown to him by law enforcement of himself, and confessed to perpetrating the violent conduct".

It comes after Iced Earth guitarist Jon Schaffer was arrested for storming the Capitol and using bear spray on cops.

Schaffer turned himself in on Sunday in Indiana, according to TMZ.

The musician now faces six charges after he stormed the political hub on January 6, including engaging in an act of physical violence in a Capitol building, violent entry and disorderly conduct in a capitol building.

The FBI have been actively arresting Trump supporters who allegedly advocated and participated in the deadly riot.

So far, authorities have taken more than 100 people into custody and have over 200 cases open and under investigation.

The insurrection claimed the lives of five people and resulted in several life-threatening injuries as cops attempted to contain the ruckus outside the building.

The arrests come as former FBI boss James Comey warned Joe Biden's inauguration is under threat from "armed, disturbed" people following the January 6 riot at the US Capitol.

Security across the country has now been increased leading up to the big day after the FBI warned of armed protests in all 50 US states.

The riot at the Capitol came after President Donald Trump told the crowd to march to the Capitol and that "you'll never take back our country with weakness”.

He said: "You have to show strength, and you have to be strong."