In one clip a man is seen tipping a line of petrol onto a pelican crossing before setting the street alight. 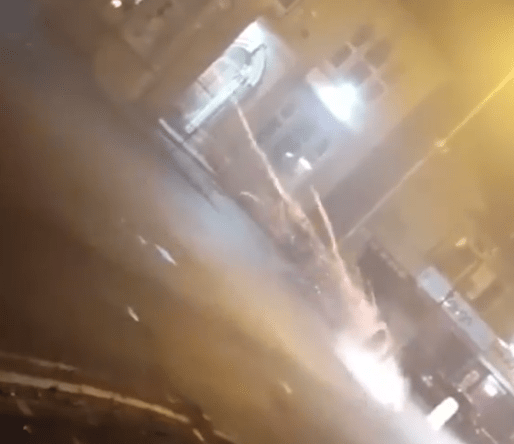 And another video captures the horrifying moment rockets are lit in the middle of a road and sent towards a pub and other buildings.

They are fired at the Carlisle Hotel and explode against the front wall of the large pub.

Muzy Hussain, who shared the video on Facebook, wrote: "As a community and parents WE have failed once again, allowing these young wannabe gangsters to cause nuisance and inconvenience to local residents, road users and the emergency services."

It come as cops also revealed they were fired at with rockets as they patrolled the streets of the town on Bonfire Night. 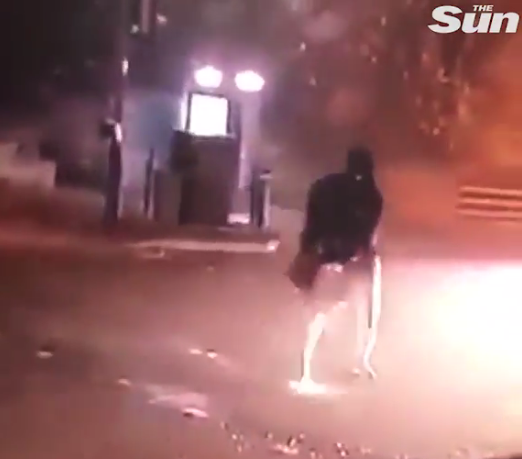 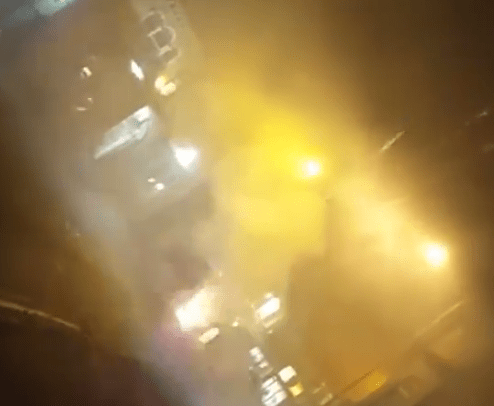 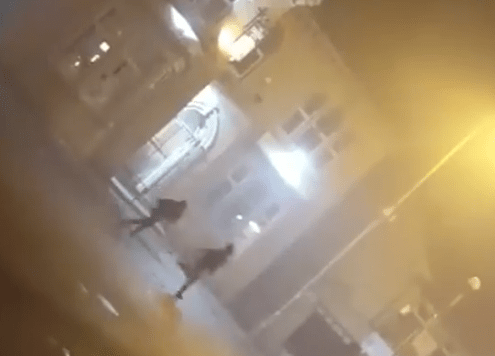 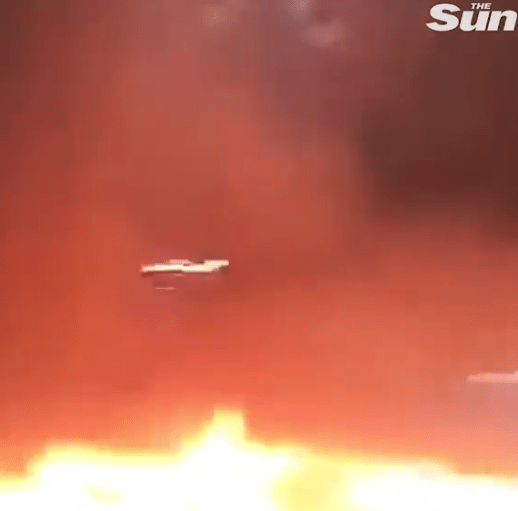 A Yorkshire Police officer told the Metro: "It was super busy on Bonfire Night, we even had fireworks directed at us as we went to deal with situations but there was proper policing in place.

"I think it was very much the same as it is every year – it’s not the family event it used to be.

"We saw a lot of anti-social behaviour using fireworks, but it’s kind of business as usual."

The fire and rescue service for the region said it attended almost 400 emergency calls over the evening, with some crews being attacked.

Yesterday we told how a terrified dog died of a heart attack after trying to burrow under decking during bonfire night fireworks.

Winston the Moscow watchdog ran away with fear after hearing loud bangs on Monday night – with his body later found trying to squeeze into the tiny space to escape.

And we published the moment yobs launched a firework from a moving car – appearing to hit a cyclist.

The cyclist appears to be engulfed in the flash and smoke after the rocket was thrown from the car about 5om behind.

The clip emerged on social media last Thursday, ahead of Bonfire Night, when it was posted by a user from Yately, Hampshire.

Disney meets with groups to decide which content gets disclaimer