Tristen White, 19, claims he sank an entire crate of beer before pulling off the stunt at a house party. 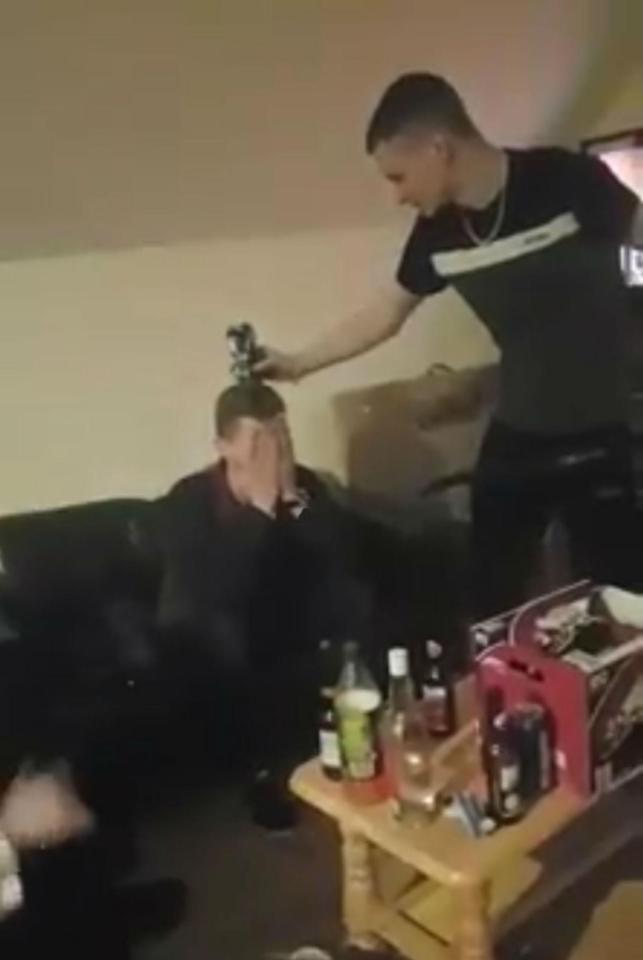 Extraordinary footage shows him place the target flat on Paddy Ruski’s head after failing to stand it up.

Ruski covers his eyes while Tristen retreats around four feet across the room.

Female voices can be heard gasping “oh my God” as he lines up the shot before letting the bolt go.

The arrow hits the can – avoiding serious injury to Paddy. 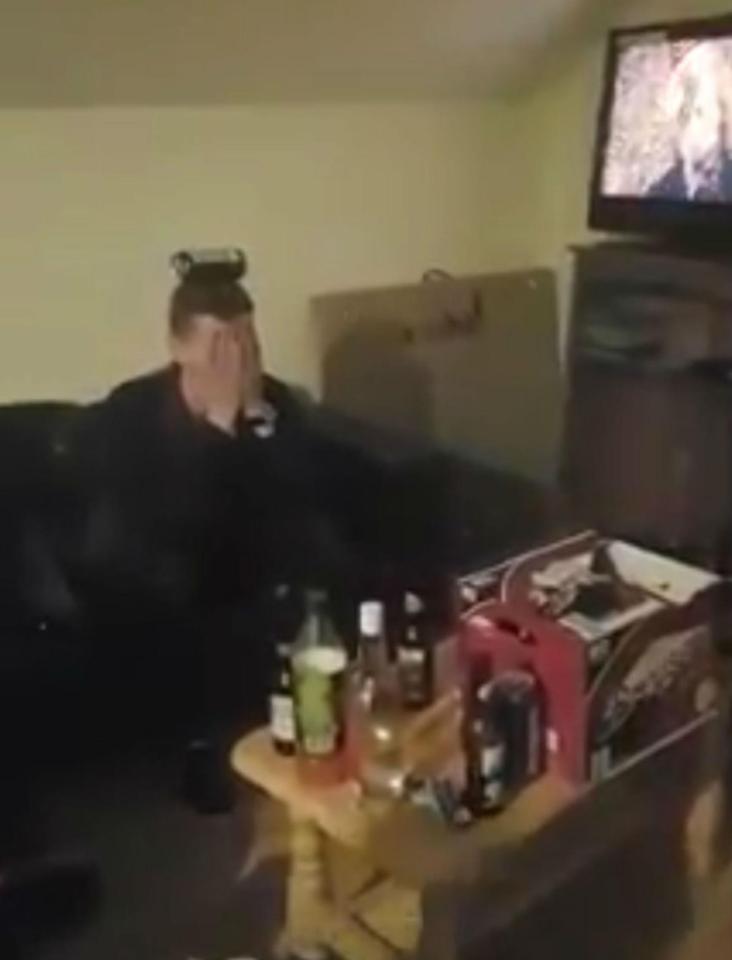 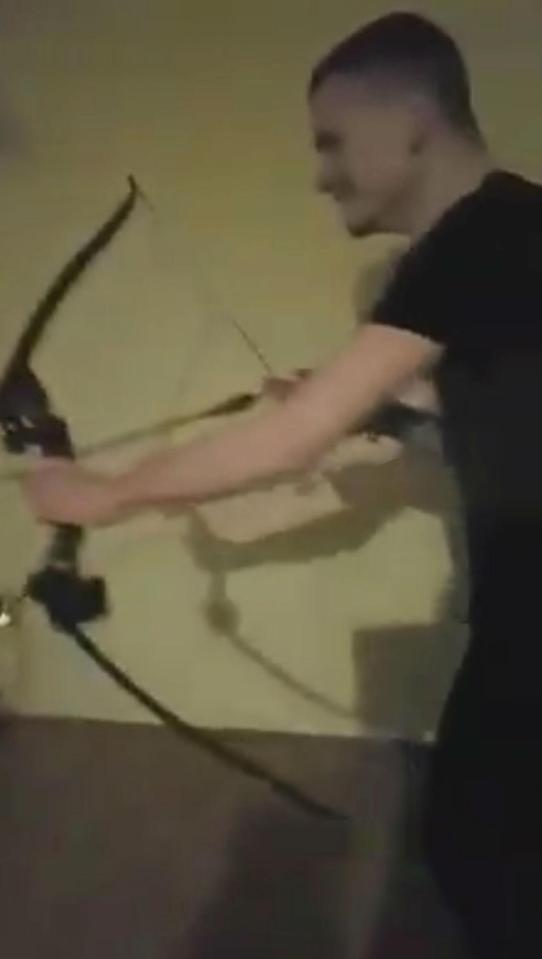 It ends up pinned to the wall behind his head.

Paddy then removes his hands from his face and cheers as the entire room erupts in delight.

Tristen said: “I had the bow and arrow and was shooting objects off my target I have for it, things like lighters and balloons.

“I said it to Paddy after drinking a crate of cheap Budweiser and he said, ‘If you hit me just give me 20 euro’. 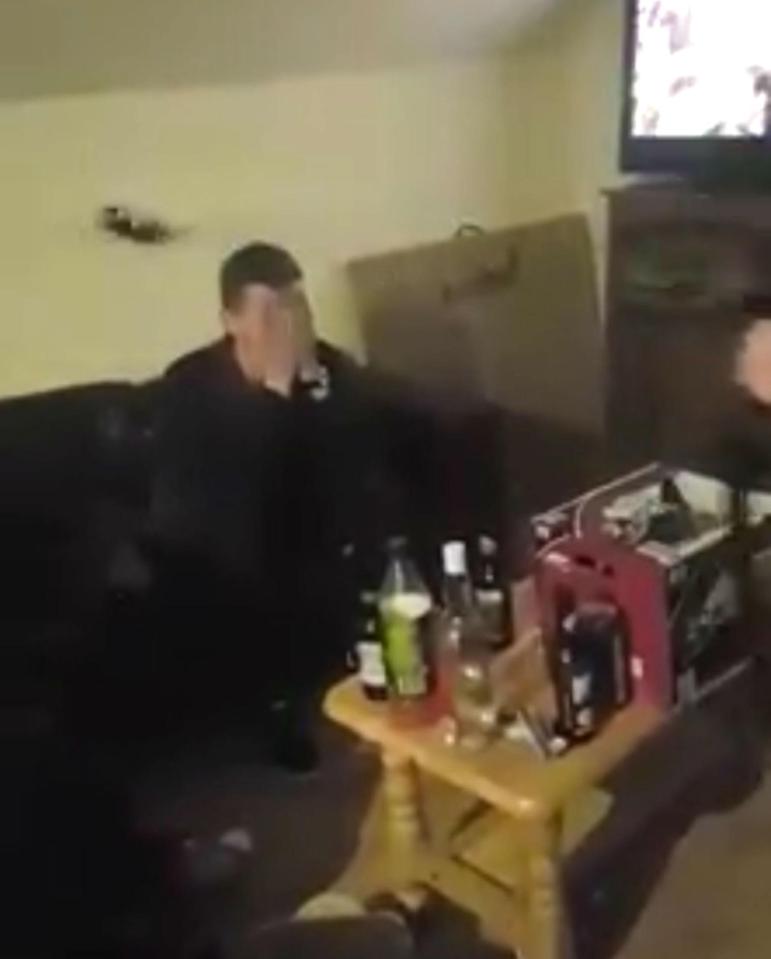 “I think everyone was surprised I hit the can but for the record I would never do it again or encourage anyone to try it and I definitely wouldn’t have attempted it sober!"

The party took place in the Irish town of Wexford on Tuesday night.

Tristen shared the clip on his Facebook page and titled it “Modern Day Robin Hood”. 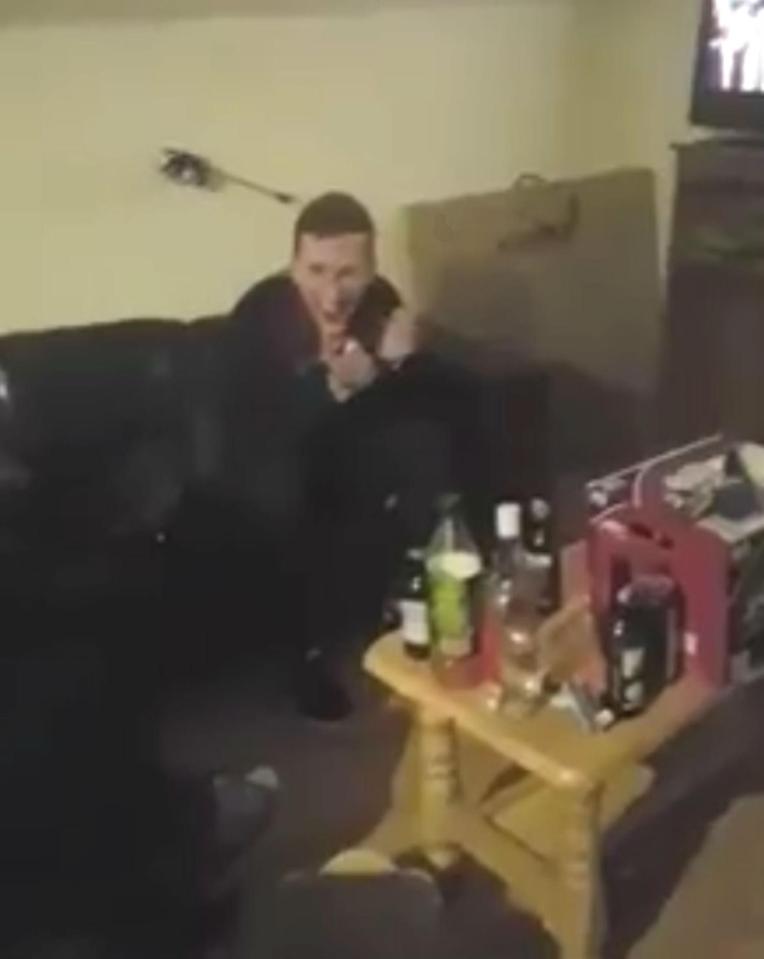 It has been viewed over 50,000 times and attracted hundreds of comments.

Dominic Pryor said: “This could have went so wrong.”

Nioclás Ó Murchú wrote: “Not a cat in hells chance would I be the one sitting with the can on my head anyway. I wouldn't care if it was Jean Claude Van Damme with the bow and arrow. F*** that.”

Craig Sorensen said: “If he had a missed he would be up for murder..silly f***er on the chair has no brains.”

Bradley Kitson wrote: “The guy who has the can on his head has some balls.”

‘Medici’ Has Already Wrapped Up Filming For Season 3

Women's eggs prefer some men's sperm over others, research shows