A SHOCKING video has emerged online showing a group of school kids being threatened by a knife-wielding gang member in Buckinghamshire.

The video, which surfaced on Instagram over the weekend, shows a hooded thug approaching the teenagers, causing them to flee for their safety. 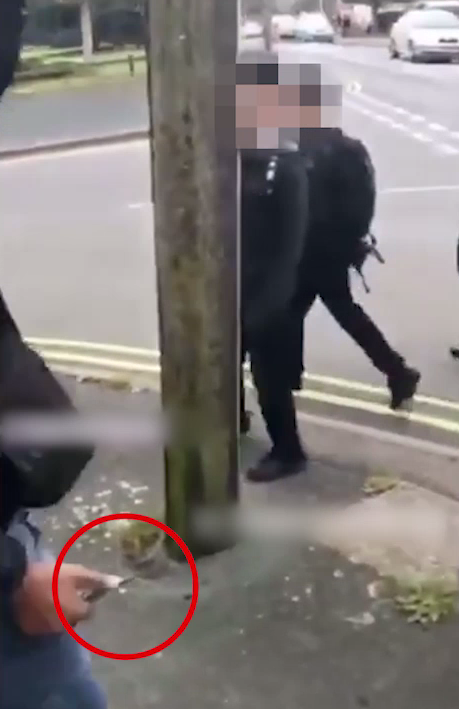 One boy is almost hit by a car as he runs into the road to get away.

The incident is believed to have taken place just a couple of streets away from a school in Buckinghamshire – which we have chosen not to name – as pupils made their way home.

The gang member is accompanied by a friend, who filmed the episode.

He is heard telling the masked knifeman not to do anything near the school, saying “there’s teachers gonna come, innit.”

As the thug whips out a blade, a young girl chooses to confront him. 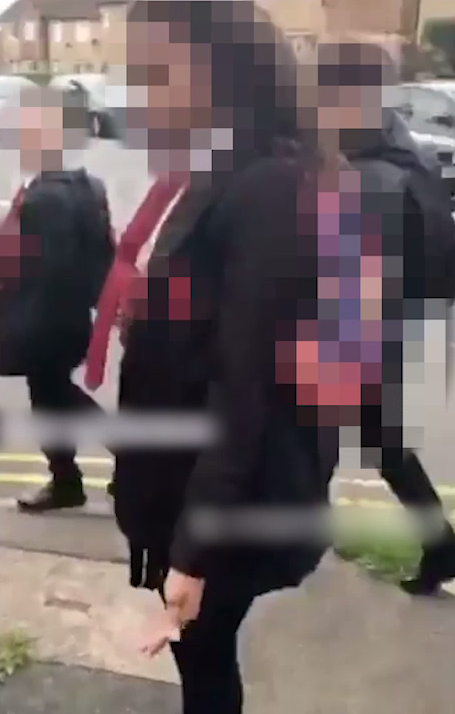 She spots the knife and yells back: “What you going do with the f***ing knife?”

As the group of students attempt to escape the situation, a voice is heard from the distance shouting at the gang members.

This distraction is enough for the children to flee.

The video, which was shot in September, surfaced over the weekend on a local website and Instagram page but has since been removed.

A number of concerned parents rushed to contact the school for reassurance. 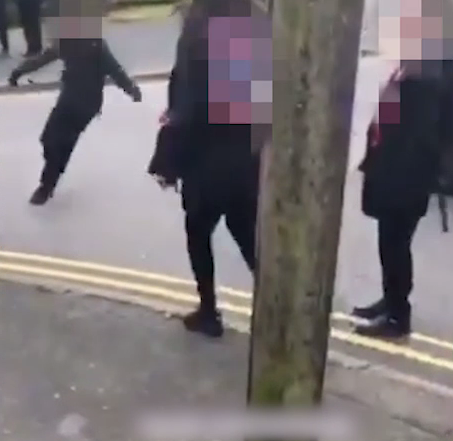 In a statement to The Sun, the school's headmaster confirmed the incident was not recent and the gang member had been apprehended.

He shared the statement send to all parents over the weekend, which said: “I am writing to reassure you regarding the video clip that went viral on Facebook and Instagram over the weekend.

“This was an incident that happened in September 2017.

“The incident, that did not happen directly outside the gates but in the vicinity of the school, was immediately referred to and dealt with by the police. The young man was not linked in anyway to the school." 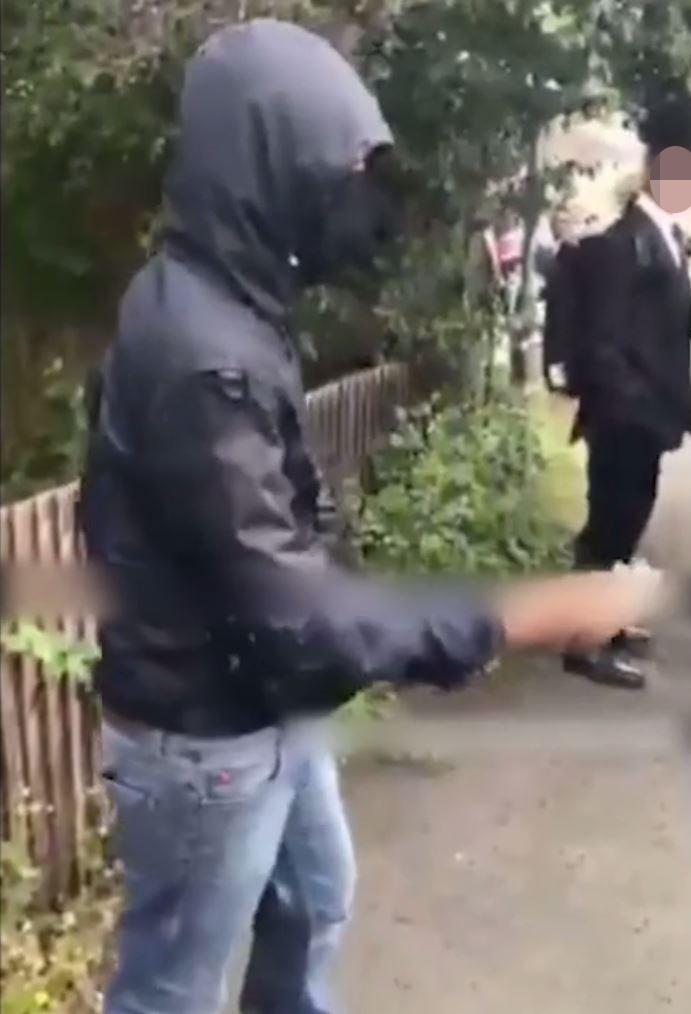 He added: “You may recall that I wrote to parents at the time explaining the temporary police presence outside our school.

“I want to reiterate that there have been no further incidents and that the safety of your children will always be paramount to us. Indeed, we always have senior members of staff on duty at the school gate every morning and every evening.

"If you would like to discuss this matter further please do not hesitate to telephone the school to speak with me.”

Thames Valley Police said: "We were called at just after 3,30pm on 7 September last year to reports that a male was in possession of a knife.

"Police attended the scene but no male was located. Following the report further reassurance patrols were carried out in the area.

"If anyone has any information about the incident they are urged to contact police by calling 101 and quoting reference number 43170266407."

'The Boys': Who Is Exploding Heads Everywhere? Fans Have 2 Theories After Episode 7

Banks in Singapore team up to develop digital trade registry